Happy Friday and welcome to Overnight Defense. I’m Ellen Mitchell, and here’s your nightly guide to the latest developments at the Pentagon, on Capitol Hill and beyond. CLICK HERE to subscribe to the newsletter.

THE TOPLINE: Fighting continued in northern Syria Friday morning despite a five-day cease-fire deal between the United States and Turkey announced the day before.

A spokesman for the Kurdish-led Syrian Democratic Forces, Mustafa Bali, said on Twitter that attacks had continued in the region, accusing Turkey of violating the cease-fire agreement.

“Despite the agreement to halt the fighting, air and artillery attacks continue to target the positions of fighters, civilian settlements and the hospital in Serêkaniyê/Ras al-Ayn. Turkey is violating the ceasefire agreement by continuing to attack the town since last night,” Bali said.

The details: Shelling and machine-gun fire could be heard and smoke was seen rising early Friday in the city of Ras al-Ain at the Syrian border with Turkey, according to Reuters.

The Associated Press reports the fighting died down by mid-morning.

The agreement: Vice President Pence on Thursday announced the five-day cease-fire deal, weeks after President Trump said he would be pulling U.S. troops from the area, where they’ve been assisting Kurdish forces, ahead of a Turkish attack. Trump’s withdrawal has faced fierce criticism from both sides of the aisle.

In return for the ceasefire, the U.S. would lift sanctions imposed this week on Turkish officials.

But…: Fighting along other towns and cities on the border appeared calm, with no fighting heard from Ras al-Ain to Tal Abyad, according to AP. 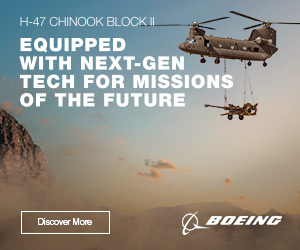 Esper to travel to region: Defense Secretary Mark Esper will travel to the Middle East and Brussels this weekend to meet with his Turkish counterpart and other NATO allies following the fragile cease-fire announced in Syria on Thursday.

Esper will leave Saturday to first visit with U.S. troops and international partners, and to “receive an update on the other important operations in the region,” according to a Defense Department statement.

He will then travel to a NATO ministerial in Brussels “to discuss a host of issues with the Alliance, to include the next steps in our D-ISIS Campaign.”

“I look forward to meeting with my Turkish and other counterparts in Brussels to reinforce the importance of ensuring a lasting political solution to the situation in Syria,” Esper said.

He added that he just spoke with his Turkish counterpart by phone, during which he “reiterated the United States’ position that Turkey must adhere to the full terms of this agreement, and that we expect Turkey to ensure the safety and well-being of all people in the area controlled by Turkish Forces.”

“This ceasefire is a much needed step in protecting those vulnerable populations. I also reminded him of Turkey’s responsibility for maintaining security of the ISIS detainees located in the affected areas.”

Trump tweeted that Erdoğan attributed the break in the cease-fire to “minor sniper and mortar fire that was quickly eliminated.”

“He very much wants the ceasefire, or pause, to work. Likewise, the Kurds want it, and the ultimate solution, to happen,” he added.

It’s unclear what Trump was referring to by “the ultimate solution,” but critics of the deal the U.S. brokered with Turkey have noted that Kurdish fighters are being forced to vacate land in northern Syria over the next few days or face additional bloodshed, and that the Trump administration did not appear to extract any significant concessions from Turkey.

The bill would target Turkish officials involved in the decision to invade and those committing human rights abuses.

“What’s happening in northern Syria right now is a disgrace,” House Foreign Affairs Committee Engel said in a statement announcement the bill’s introduction. “Congress must speak out and show decisive action to hold accountable those who created this catastrophe: President Erdogan, who is directing this slaughter, and President Trump, who opened the door to the Turkish incursion and betrayed our Kurdish partners.”

“The carnage that we have seen over the past week against our Kurdish partners and innocent civilians has been unbearable,” McCaul added. “There must be consequences.”

Engel released another statement on the ceasefire, saying that “we need more details before we know whether this agreement will have a true and lasting impact.”

“As we’ve seen again and again during his administration, the president is an arsonist who later pretends to be a fireman,” Engel said. “His actions have resulted in a loss for America, and a win for terrorists and America’s enemies.”

LATEST ON IMPEACHMENT INQUIRY – SENATE GOP BRACES FOR TRIAL ‘ROLLER COASTER’: Republicans are bracing for a high-stakes impeachment fight as soon as next month as a trial in the Senate looks all but inevitable.

Preparation: Republicans are already studying up on the rules as they prepare for what will be a high-profile, politically charged showdown even as Trump is widely expected to avoid being convicted and removed from office by the Senate, an act that would require the approval of two-thirds of the closely divided chamber.

Sen. John Kennedy (R-La.) acknowledged that senators will have to deal with impeachment and said that he was looking to the Congressional Research Service (CRS) for guidance on the Senate’s rules.

“I have a copy ordered from CRS. CRS has updated its white paper on impeachment. Probably in great demand right now,” he said.

“For sure, all of us,” he added when asked if he was planning to brush up on rules as a likely trial grows closer.

The background: House Democrats are aggressively pursuing an inquiry into Trump’s request that Ukraine investigate former Vice President Joe Biden, a potential top rival in 2020. The focus of the potential articles of impeachment, or how many there would be, remains unclear.

But the creeping inevitability that the Senate will have to act follows weeks of speculation that McConnell could find a loophole to let the Senate avoid an impeachment trial that would otherwise eat up precious floor time and put some of his 2020 incumbents under a fierce spotlight.

The GOP leader, however, shot down that possibility this week. Though McConnell positioned himself as a roadblock to Trump being removed from office in Facebook ads, he said this week that the Senate would fulfill its “constitutional responsibility.”

“Under the impeachment rules of the Senate, we’ll take the matter up … We intend to do our constitutional responsibility.”

Unsure on timeline: But the particulars of the trial, including the length, remain up in the air.

“We just talked about the Senate rules. We’re going to have to have more meetings to talk about how we proceed,” Kennedy said about the GOP briefing.

Graham, asked what his message to the caucus was, said he warned his colleagues that it would be a “roller coaster.”

McConnell told senators during the closed-door lunch that a potential timeline for impeachment would be that the House passes articles of impeachment by Thanksgiving, setting up the Senate to wrap up its trial by the end of the year.

But Speaker Nancy Pelosi (D-Calif.) declined to weigh in on the timeline during a weekly press conference on Thursday.

“I have no idea. The path, the timeline will depend on the truth line, and that’s what we’re looking for,” she told reporters.

Next-gen technology for missions of the future:

Supporting the H-47 Chinook Block II enhancements will lift the nation above any challenge for decades to come. Learn more.

MULVANEY UNDERCUTS TRUMP DEFENSE: The White House defense against Democrats’ impeachment inquiry suffered a major blow Thursday with acting chief of staff Mick Mulvaney‘s admission that aid for Ukraine was linked to Trump’s desire for the country to pursue a political probe related to the 2016 election.

The stunning admission marked the first time a White House official had publicly undermined Trump’s repeated denials of any quid pro quo. It also coincided with a host of current and former administration officials raising concerns during closed-door testimony about the administration’s Ukraine policy.

Mulvaney indicated he felt the behavior was nothing out of the ordinary, telling reporters to “get over it.”

“There’s going to be political influence in foreign policy,” Mulvaney said during a rare press conference in the White House briefing room. “That’s going to happen.”

His comments threaten to erode the administration’s narrative that there was no quid pro quo between Trump and Ukraine and may bolster the Democrats’ impeachment probe.

At the Al Smith Memorial Foundation dinner on Thursday, Mattis opened his speech with a caustic blow about Trump’s deferment from the draft during the Vietnam War.

“I earned my spurs on the battlefield; Donald Trump earned his spurs in a letter from a doctor” he said.

The general continued on with the Trump references, stating, “I’m not just an overrated general. I’m the greatest, the world’s most overrated.” Mattis was the keynote speaker at the 74th annual event.

“I’m honored to be considered that by Donald Trump because he also called Meryl Streep an overrated actress. So I guess I’m the Meryl Streep of generals, and frankly that sounds pretty good to me,” Mattis continued.

The enhanced capabilities and performance of Chinook Block II will prepare troops of today for missions of the future. Learn more.

— The Hill: Pompeo to meet Netanyahu as US alliances questioned

— The Hill: Trump touts Turkey cease-fire: ‘Sometimes you have to let them fight’

— The Hill: Trump speaks with NASA astronauts on all-female spacewalk

Defense & National Security — Inside the decision to send Ukraine tanks