It’s Tuesday, welcome to Overnight Defense, your nightly guide to the latest developments at the Pentagon, on Capitol Hill and beyond. Subscribe here: thehill.com/newsletter-signup.

It’s a day after America’s longest war ended, but the debate over what went wrong and who’s to blame for the chaotic exit appears to be just heating up.

And while the military mission is over, Americans and Afghans left behind are still searching for a way out. 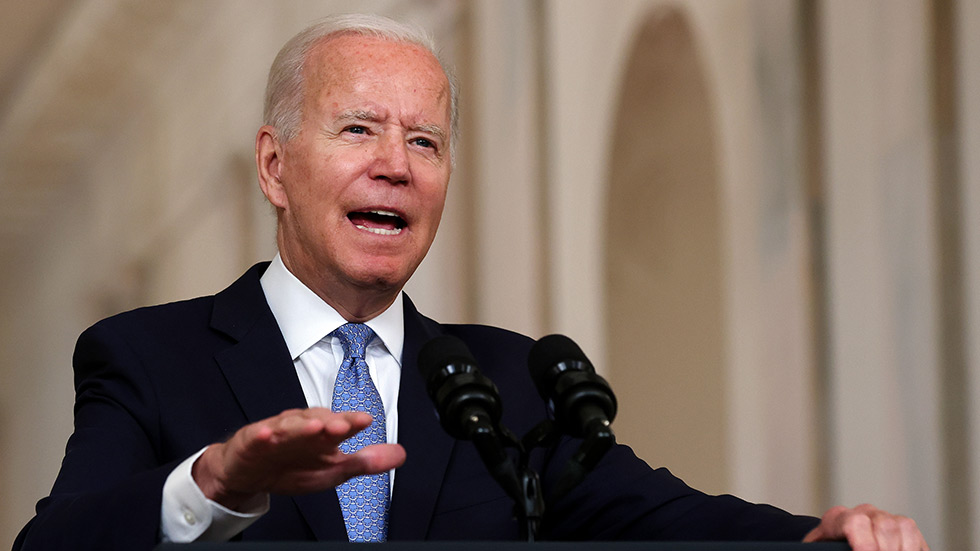 With the U.S. military now fully out of Afghanistan and criticism still streaming in, President Biden on Tuesday forcefully defended his decision to withdraw and stick with his deadline for doing so.

Biden said it was the “unanimous recommendation” of his national security team and military commanders to leave Afghanistan by the Aug. 31 deadline. He rejected assertions that the withdrawal date was arbitrary.

“Let me be clear: Leaving Aug. 31 is not due to an arbitrary deadline. It was designed to save American lives,” Biden said in lengthy prepared remarks from the State Dining Room of the White House. “I was not going to extend this forever war, and I was not extending a forever exit.”

Mission accomplished?: Biden characterized the chaotic evacuation effort as an “extraordinary success,” noting that the U.S. military and coalition forces evacuated more than 120,000 civilians from Afghanistan.

“We no longer had a clear purpose in an open-ended mission in Afghanistan,” Biden said, his voice rising as he delivered his speech. “After 20 years of war in Afghanistan, I refused to send another generation of America’s sons and daughters to fight a war that should have ended long ago.”

While Biden said he takes responsibility for the decision to withdraw from Afghanistan, he also sought to rebut arguments that the evacuation could have started earlier in order to avoid the chaos and violence witnessed at Kabul airport.

Troops rushed to get Americans and Afghans out as the Taliban consolidated control, and the administration has acknowledged that not everyone who wanted to leave — even U.S. citizens — were able to get out before Tuesday.

“Could this have been done in a more orderly manner? I respectfully disagree,” Biden said.

“There still would have been a rush to the airport, a breakdown in confidence in the control of the government,” he added. “There is no evacuation from the end of a war that you can run without the kinds of complexities, challenges and threats we faced.”

Watch out, ISIS: The president reiterated his threats toward ISIS-K, ISIS’s affiliate in Afghanistan, following the deadly bombing last week that killed 13 U.S. service members. The terror group has claimed responsibility for the attack.

“We’re not done with you,” he said, referring to ISIS-K.

Biden vows Americans can get out 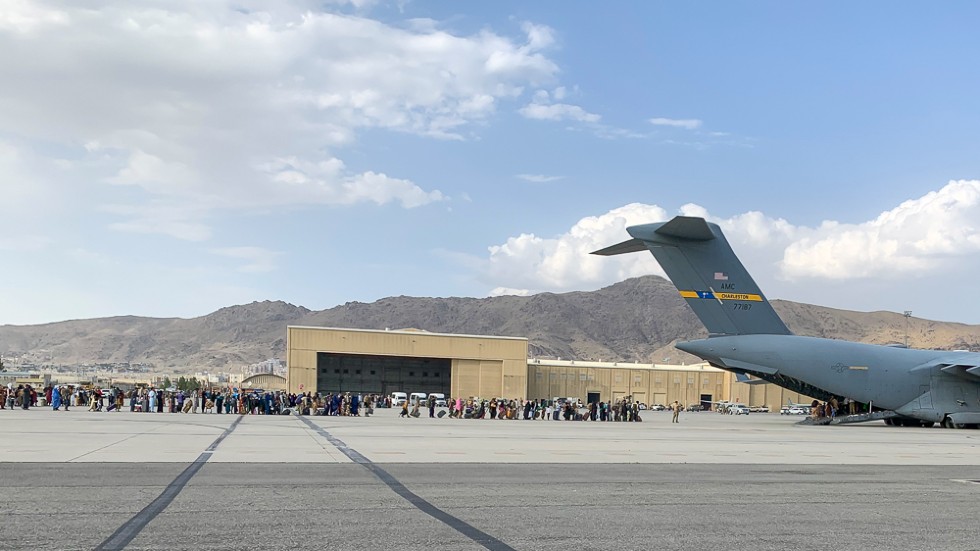 In the last day, much of the criticism of Biden has turned to the fact that withdrawal was completed despite what the administration has acknowledged as 100 to 200 Americans still wanting to get out of Afghanistan.

Biden on Tuesday sought to address that criticism too, saying his administration would continue working to get those people out.

“The bottom line: 90 percent of Americans in Afghanistan who wanted to leave were able to leave. And for those remaining Americans, there is no deadline. We remain committed to get them out if they want to come out,” Biden said in prepared remarks from the White House laying out his rationale for ending the war in Afghanistan.

They were warned, Biden says: The president pushed back further on those who accused him of leaving Americans behind, saying the government had reached out 19 times to U.S. citizens in Afghanistan since March to provide multiple warnings about the looming dangers there and to offer assistance leaving the country.

And the Afghans?: It’s not just Americans who were left behind. Thousands of Afghans who applied for Special Immigrant Visas and their families are believed to still be in Afghanistan.

In that area, too, Biden promised to continue working.

“As for the Afghans, we and our partners have airlifted 100,000 of them,” Biden added. “No country in history has done more to airlift out the residents of another country than we have done. We will continue to work to help more people leave the country who are at risk.”

Prior to Biden’s speech, House Republicans called for a vote Tuesday on legislation that would keep U.S. troops in Afghanistan until all Americans are evacuated.

About two dozen Republicans, including some who served in Afghanistan, were on hand for a brief House session amid the chamber’s summer recess in the hopes of trying to pass a bill by unanimous consent that would delay the U.S. military withdrawal.

What happened: In the roughly five-minute pro forma session, Rep. Debbie Dingell (D-Mich.), who was presiding, led a moment of silence to honor the 13 U.S. service members who were killed in the terror attack in Kabul last week.

Dingell then adjourned the House without any further action, prompting outcry from the Republicans on hand who didn’t get a chance to be recognized to speak on the floor in favor of the bill from Rep. Mike Gallagher (R-Wis.) to extend the Afghanistan withdrawal.

“Never in my lifetime would I ever believe America would have an administration knowingly make a decision to leave Americans behind,” House Minority Leader Kevin McCarthy (R-Calif.) said at a press conference afterward.

About the bill: Gallagher’s bill would have prohibited U.S. troop reductions in Afghanistan until the president certified that all U.S. citizens and permanent residents are evacuated. But it would allow an exception if the Defense secretary determined that U.S. forces were facing “imminent hostilities.”

Pelosi’s response: Speaker Nancy Pelosi’s (D-Calif.) office argued McCarthy’s position to extend the Afghanistan withdrawal would be “tying the hands of the commander-in-chief.”

“President Biden ended the longest war in American history while Minority Leader McCarthy spent the week putting self-promotion over the safety of American soldiers risking their lives to evacuate more than 120,000 from a war zone,” Pelosi’s office said in a statement on Tuesday.

In the Senate: Over on the other side of the Capitol, Vice President Harris presided over a pro forma session of the Senate to allow for the passage of a bill providing assistance to American citizens coming home from Afghanistan following the U.S. military withdrawal.

Harris briefly gaveled in the pro forma session on Tuesday morning. Sen. Ben Cardin (D-Md.) asked for immediate consideration of the House-passed Emergency Repatriation Assistance for Returning Americans Act. Without objections, the bill passed by unanimous consent, and Harris gaveled out after just a few minutes.

The bill would amend Section 1113 of the Social Security Act to allow for increased payments for temporary assistance to Americans returning from foreign countries. 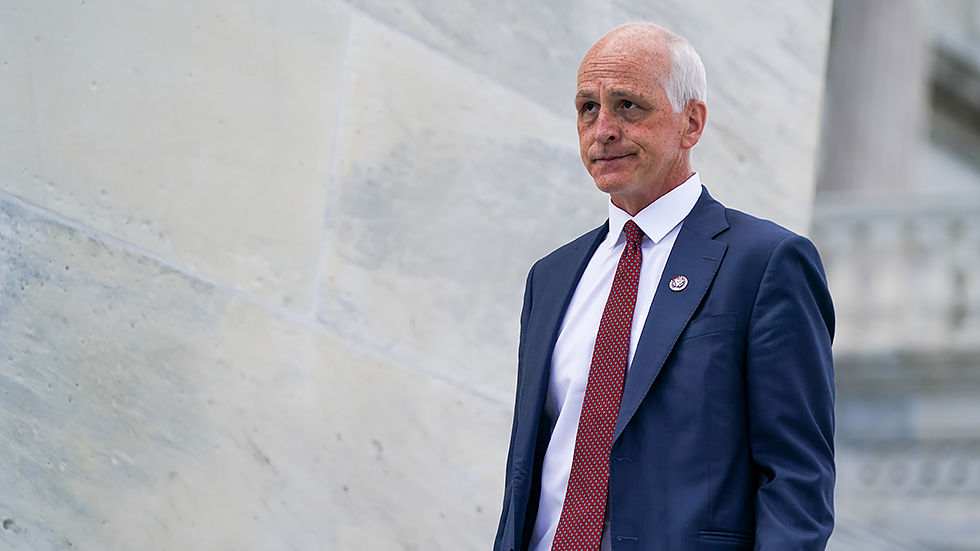 On Monday night, we told you about the expected fight over the defense budget topline when the House Armed Services Committee considers its annual defense bill Wednesday night.

Now, outside groups are also turning up the pressure ahead of the markup.

In a letter obtained by The Hill, 22 anti-war groups urged lawmakers to reject Republican efforts to add $25 billion to the Biden administration’s proposed budget.

Their argument: Similar to the letter that progressive lawmakers sent the Armed Services Committee, the outside groups in their letter to lawmakers argued that more defense funding won’t solve the biggest issues facing the country.

“Most of the life-threatening challenges our country faces – the climate crisis, pandemic disease, and nuclear catastrophe – cannot be solved and could be exacerbated by increasing funding for the military,” the organizations wrote in the letter dated Aug. 30. “Endless wars and new arms races make Americans less safe by diverting funds from domestic needs, stoking instability, and entrenching defense contractors’ outsized influence over Congress.”

The rebuttal: House Armed Services Committee Chairman Adam Smith (D-Wash.), while an opponent of the GOP efforts to increase the defense budget, does appear to have resigned himself to Republicans winning the debate, and on Tuesday, even rebutted progressive arguments against an increase.

“A lot of people who criticize you know how much money we spend on defense talk about other priorities,” Smith said at a Brookings Institution event. “I don’t have an enormous amount of sympathy for that argument right now just because we just spent $6 trillion in the last year dealing with COVID. We’ve got proposals on the table to spend another, I think, almost $5 trillion on a variety of different other priorities.”

Smith also said at the Brookings Institution event that more than 700 amendments have been filed to be considered Wednesday.

The uncontroversial ones will undoubtedly be grouped together in packages and approved in voice votes. And there are no House floor votes to interrupt this year’s markup. Still, the total number of amendments might send shivers down the spine of any NDAA watchers hoping for some rest tomorrow.

1033 program: Among the amendments expected to be offered is one from a pair of Democratic lawmakers aimed at restricting the transfer of military-grade weapons to local police departments.

Reps. Veronica Escobar (D-Texas) and Ro Khanna (D-Calif.) will offer the amendment when the House Armed Services Committee meets to consider its version of the annual defense policy bill, according to a copy of a letter supporting the amendment obtained exclusively by The Hill.

“This commonsense amendment, which has bipartisan support in Congress, would make our communities safer by getting weapons of war and military equipment off of our streets and out of our communities,” 90 organizations wrote in a letter to committee members Tuesday.

“Accordingly, we urge you to use the opportunity of the full committee markup of the FY2022 National Defense Authorization Act to vote in favor of this amendment,” the letter added.

That’s it for today. Check out The Hill’s defense and national security pages for the latest coverage. We’ll see you Wednesday.{mosads}