It’s Wednesday, welcome to Overnight Defense, your nightly guide to the latest developments at the Pentagon, on Capitol Hill and beyond. Subscribe here: thehill.com/newsletter-signup.

Frustration and finger pointing are mounting over attempts to evacuate Americans and Afghans from Mazar-i-Sharif using charter flights and other stalled efforts to get more people out now that the Kabul airlift is finished.

Meanwhile, the Biden administration is moving to clean house when it comes to Trump appointees on military academy advisory boards. 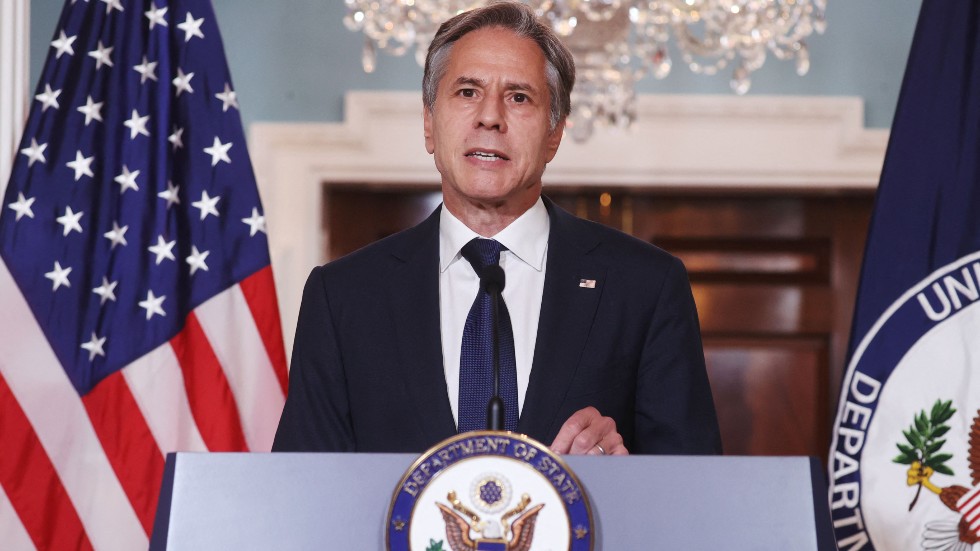 The days-long war of words over charter flights stuck in Mazar-i-Sharif continued Wednesday as Secretary of State Antony Blinken called on the Taliban to allow the flights to leave.

Speaking at Ramstein Air Base in Germany, Blinken said other countries and the United Nations were working on resuming commercial flights to the Afghan capital of Kabul.

But in the meantime, Blinken said the Taliban can “demonstrate its willingness to respect freedom of movement …  by allowing the departure of charter flights with properly documented passengers.”

Earlier: Over the weekend, Rep. Michael McCaul (Texas), the top Republican on the House Foreign Affairs Committee, leveled the charge in a Fox News interview that the Taliban were essentially holding Americans and Afghans hostage by not allowing the flights to leave.

On Tuesday, Blinken said he was “not aware of anyone being held on an aircraft or any hostage-like situation” and that anyone with “valid” travel documents is being allowed to leave. But he also acknowledged some flights have stalled.

But Blinken’s comments only further frustrated lawmakers in both parties, as The Hill’s Laura Kelly reported.

ID fight: A particular flashpoint was Blinken saying the administration could not verify the identities of passengers on the planes. The remark that drew swift pushback from Sen. Richard Blumenthal (D-Conn.), a member of the Senate Armed Services Committee whose office is vouching for at least two planes full of American citizens, at-risk Afghan allies and their families, including small children.

“The information we provided the State Department is above and beyond what is usually required for travel in Afghanistan,” Maria McElwain, a spokesperson for Blumenthal, wrote in an email to The Hill in response to the secretary’s remarks in Qatar.

McElwain said the senator’s office provided the State Department with the planes’ manifests as early as Aug. 30, with continual updates through Monday, and that Blinken was “not correct” in saying passenger identities cannot be verified.

She further called it “clearly problematic” for the State Department to rely on the Taliban to individually verify “extremely vulnerable Afghans on these flights.”

Congressional aides are also fretting that the administration appears to have lost its sense of urgency to get people out now that the airlift has ended, as The Hill’s Rebecca Beitsch reported.

The aides voiced their frustration following a briefing in which they said the State Department provided few details about any plans for assisting the more than 100,000 vulnerable Afghans who remain in the country.

“The impression I got was the urgency is gone,” said one source on the call. “And it’s this tacit admission that while we did a big evacuation, we’ve gotten out our real priorities.”

Awaiting approval: Left behind in Afghanistan are 550 Special Immigrant Visa (SIV) holders who worked with the U.S. military for at least two years.

But many more Afghans have applications awaiting final approval.

“But if you don’t have a visa in your passport, you’re shit out of luck.”

Priority groups?: Adding to the number of Afghan allies seeking evacuation are those who qualify for the Priority 1 and Priority 2 programs created by the Biden administration but who never made it out on a flight. Those individuals assisted the U.S military for less than two years or worked on democratization efforts or with nonprofits aligned with the U.S.

The number of Afghans in the two priority groups could surpass 145,000 when including family members, according to an estimate by the Association of Wartime Allies.

“They don’t have a plan on how they’re going to get more P1 and P2 people out. They’re focused principally on U.S. passport holders and people in their immediate families,” the second source said.

State’s response: When reached for comment, a State Department spokesperson said: “Despite the perilous conditions on the ground and immense security challenges, the United States and our Allies were able to evacuate safely tens of thousands of Afghans at risk. This heartbreaking reality is that many of our longtime partners were unable to leave over the past two weeks, given the security conditions, including the heinous August 25 attack that killed 13 servicemembers and over 100 Afghans.”

The spokesperson also pointed to recent comments by Blinken, who said, “We’re not stopping our work to help Americans and at-risk Afghans in Afghanistan. We’re going to do everything we can moving forward to continue this mission and also to learn from it.” 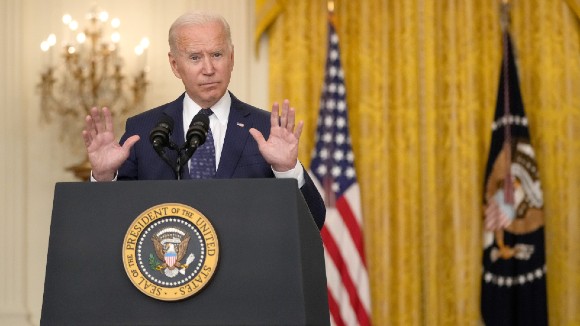 White House press secretary Jen Psaki confirmed the move, saying President Biden’s goal is “ensure you have nominees and people serving on these boards who are qualified to serve on them and who are aligned with your values.”

“I will let others evaluate whether they think Kellyanne Conway and Sean Spicer and others were qualified, or not political, to service on these boards, but the president’s qualification requirements are not your party registration,” Psaki said. “They are whether you’re qualified to serve and whether you’re aligned with the values of this administration.”

Who’s out: At least 11 Trump appointees are on the chopping block.

Other prominent Trump personalities asked to resign include former White House press secretary Sean Spicer and former budget director Russ Vought, who were appointed to the Naval Academy board, and former counselor Kellyanne Conway, who was tapped for the Air Force Academy’s board.

No thanks: Several of those people tweeted out their refusal to resign, meaning Biden will have to fire them.

“No, It’s a three year term,” Vought tweeted alongside the letter he received asking him to resign.

“President Biden, I’m not resigning, but you should,” Conway tweeted.

“Instead of focusing on the stranded Americans left in #Afghanistan, President Biden is trying to terminate the Trump appointees to the Naval Academy, West Point and Air Force Academy,” Spicer tweeted.

Mobbs, who tweeted that all six Trump appointees on the West Point board were asked to resign, called the move “unconscionable and not all in the spirit by which this Administration promised to govern.”

About the boards: The boards are composed of presidential appointees and members of Congress and are meant to provide non-binding advice on issues such as morale, discipline, curriculum and fiscal affairs.

Great power competition moved to Twitter on Wednesday as the Navy shot back at Chinese criticism of its most recent freedom of navigation operation in the South China Sea.

The U.S. 7th Fleet announced early Wednesday that the USS Benfold conducted a freedom of navigation operation near Mischief Reef, one of the artificial islands China built up.

Hu Xijin, editor of the Global Times, a mouthpiece of the Chinese Communist Party, responded to the news by tweeting that “hopefully when Chinese warships pass through the Caribbean Sea or show up near Hawaii and Guam one day, the US will uphold the same standard of freedom of navigation. That day will come soon.”

The Navy’s communications office quickly shot back, tweeting that “the @USNavy has upheld the standards of freedom of navigation longer than the PLA navy has existed,” along with a link to a 2015 Wall Street Journal article about Chinese ships sailing close to the Alaskan coast.

The Navy further tweeted out links to articles on Chinese ships near Hawaii in 2014 and Guam in 2019, adding that “unfortunately, not all who benefit from freedom of navigation would extend that same freedom to others.”

The 7th Fleet also issued an updated statement saying China’s “statement about this mission is false. … The United States will continue to fly, sail, and operate wherever international law allows, as USS Benfold did here. Nothing PRC says otherwise will deter us.”