It’s Monday, welcome to Overnight Defense, your nightly guide to the latest developments at the Pentagon, on Capitol Hill and beyond. Subscribe here: thehill.com/newsletter-signup.

Congressional hearings on the Afghanistan withdrawal kicked off Monday with Secretary of State Antony Blinken.

Meanwhile, the Pentagon is facing tough questions about its last drone strike in Afghanistan.

And Capitol Police are prepping for this weekend’s “J6” rally, including bringing back Capitol fencing.

Blinken in the hot seat 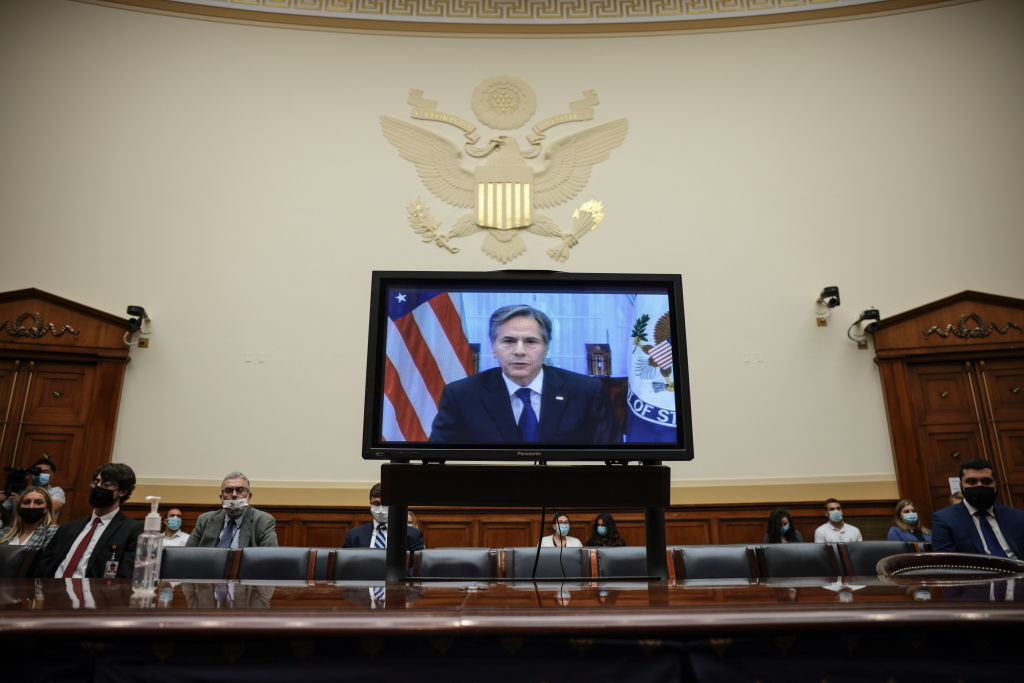 Congress’ probes into the Afghanistan withdrawal kicked off in earnest Monday as Secretary of State Antony Blinken went before the House Foreign Affairs Committee in the first public testimony from an administration official since Kabul’s collapse.

In his opening remarks, Blinken defended the withdrawal, reiterating the administration’s talking points.

“There’s no evidence that staying longer would have made the Afghan security forces or the Afghan government any more resilient or self-sustaining,” Blinken said. “If 20 years and hundreds of billions of dollars in support, equipment, and training did not suffice, why would another year, or five, or ten, make a difference?”

Blaming Trump: Blinken also repeatedly pointed to the Trump administration’s agreement with the Taliban that set a May 1 withdrawal deadline, accusing the previous administration of not leaving a plan behind to carry out the withdrawal.

Pressed by Rep. Brad Sherman (D-Calif.) on whether the Trump administration left a plan to meet the May 1 deadline, Blinken held that, “we inherited a deadline, we did not inherit a plan.”

Lawmaker vs. lawmaker: The hearing also at times devolved into a partisan brawl.

In one particularly pointed exchange, Rep. Joe Wilson (R-S.C.) spent most of his questioning time reading a New York Post editorial titled “6 lies Joe Biden told about Afghanistan” and then called on Blinken to resign.

“I guess I would say to my friend from South Carolina, if I were the member of Congress who committed one of the most grievous acts at a State of the Union address, when the president of the United States, Mr. Obama, was our guest, to shout out ‘you lie,’ I might take more care about enumerating other alleged lies in a hearing with the secretary of State,” Connolly said after Wilson’s remarks.

Blinken is also slated to testify before the Senate Foreign Relations Committee on Tuesday, when he is sure to face a similar grilling.

Closed military testimony: Gen. Scott Miller, who was the last commander of U.S. and NATO troops in Afghanistan, will also brief the Senate Armed Services Committee behind closed doors on Tuesday. (The briefing was originally scheduled for Wednesday, but the committee announced Monday it was being moved up a day.)

While Miller often spoke with Afghan media during his tenure, his public appearances in Washington have been lacking. He hasn’t publicly testified before Congress since he was confirmed to lead the Afghanistan mission, nor has he briefed reporters at the Pentagon.

Asked Monday why Tuesday’s testimony is behind closed doors, Pentagon press secretary John Kirby said that was the committee’s call. Kirby also said he knew of no plans for Miller to testify publicly, but deferred to the committee for more information. 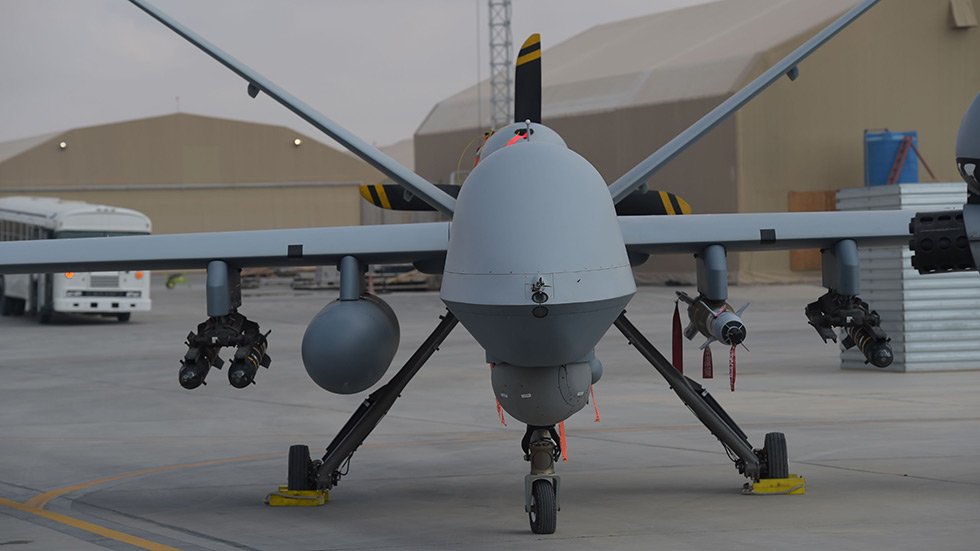 A pair of reports late last week cast doubt on the military’s public statements about its last drone strike in Afghanistan, and the Pentagon faced several questions about it Monday.

Amid questions about the military’s investigation into the strike, Kirby said there are no plans to put investigators on the ground.

“I don’t foresee an option at this point … that would put investigators on the ground in Kabul to complete their assessment,” Kirby told reporters at the Pentagon.

U.S. Central Command “is still assessing the results of that strike and they have a variety of means to do that and I’m just not going to get ahead of where they are in terms of the process,” he added.

Earlier: On Friday, the New York Times, followed by the Washington Post, published visual investigations identifying the target of the Aug. 29 strike as an aid worker, contrary to the U.S. military’s public statements that the strike eliminated “an imminent ISIS-K threat.”

According to the reports, movements the military interpreted as suspicious were actually Zemari Ahmadi carrying out his duties as an aid worker.

The Times and Post also provided images of the blast scene to experts who said the damage was not consistent with claims of “significant secondary explosions” the military is pointing to as evidence the car it struck was carrying explosives.

No comment: Pressed on that reporting Monday, Kirby would not offer further comment because “the assessment by U.S. Central Command is ongoing and I’m not going to get ahead of that.”

“The strike was taken to prevent an imminent attack on the airport,” he added.

Kirby, meanwhile, did confirm the pause on flights carrying Afghans from Germany and Qatar into the United States has been extended for at least another week after five arriving passengers were found to have measles.

The flights into the United States “remain paused at the request of the [Centers for Disease Control and Prevention] for at least seven additional days from today because of recently diagnosed cases of measles among Afghans who recently arrived in the United States,” Kirby said.

“There have been five diagnosed cases of measles among new arrivals so far and we are closely monitoring just in case more emerge,” he added.

The breakdown: The Defense Department last week announced one diagnosed case of measles at Fort McCoy, Wis., and another three cases among new arrivals who flew into Dulles International Airport outside Washington, D.C.

One more case has been found at Fort Pickett, Va.

Vaccination requirements: Kirby added that the Pentagon is “taking these cases seriously,” and all arriving Afghans “are currently required to be vaccinated for measles as a condition of their humanitarian parole and critical immunizations including [measles, mumps and rubella (MMR)] are being administered for Afghans” on military bases.

Officials are also working on ways to administer the MMR vaccine to Afghans before they depart for America, Kirby said.

Capitol security ramping back up 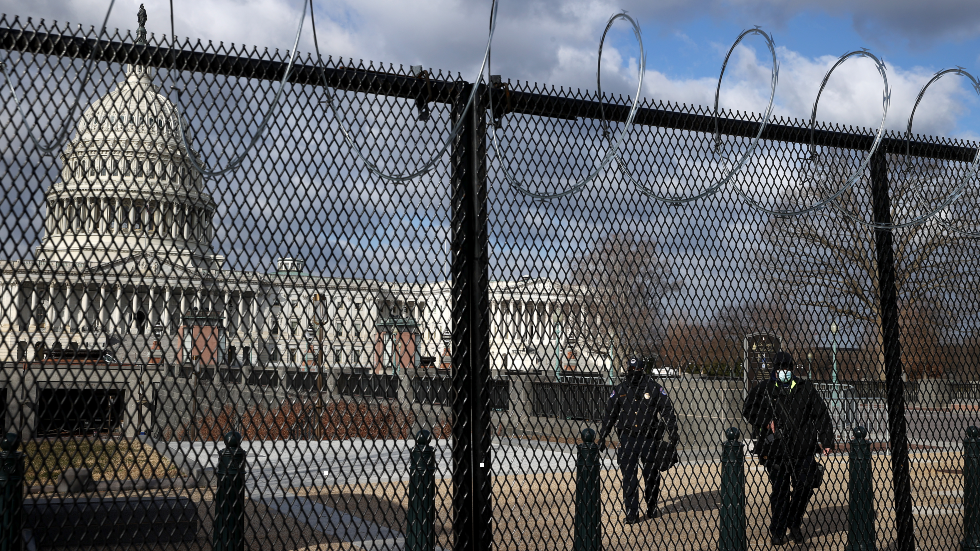 Taking no chances, Capitol Police and other law enforcement officials are ramping up security measures ahead of Saturday’s rally in Washington in support the pro-Trump insurrectionists who attacked the Capitol earlier on Jan. 6.

Security officials and congressional leaders appeared to be blindsided by the riot, when a violent mob of Trump supporters overwhelmed police officers and stormed the Capitol in a failed attempt to overturn President Biden’s election victory.

Eight months later, the Capitol’s top security officers are long gone. But their replacements are scrambling to ensure that the tragic events of Jan. 6 don’t recur on their watch.

Security measures: Capitol Police have installed temporary high-tech security cameras to allow them a more vast view of the Capitol complex. A Capitol security board on Monday approved a plan to reinstall a seven-foot fence around the main Capitol building, which had stood for months after January’s deadly assault.

The board also said it has issued an emergency declaration, which will allow Capitol Police to deputize outside law enforcement as “special” Capitol Police officers on Saturday.

What about the Guard?: A wild card in Saturday’s security plans is the National Guard. By the evening of Jan. 6, dozens of National Guard troops were on hand helping to secure the Capitol complex and drive rioters back toward the National Mall. And thousands of service members from around the country patrolled the Capitol grounds in the days, weeks and months after the attack.

But it’s unclear if the National Guard will provide direct support to Capitol Police officers on Saturday. As of Monday, a formal request had not been made from the Capitol Police Board to the Pentagon, but law enforcement and national security officials are talking. And it’s possible some Guard troops will be put on standby near the Capitol complex that day, sources said.

“We maintain constant interagency communication, certainly have since the 6th of January for sure, and I expect that that communication will continue,” Kirby said at the Pentagon briefing. “But I’m not aware of any specific requests or specific communications right now.”

That’s it for today. Check out The Hill’s defense and national security pages for the latest coverage. We’ll see you Tuesday.