Lawmakers are frustrated over a lack of data disclosed by the Biden administration on a precise breakdown of the different categories of those who fled Afghanistan amid and after the U.S. withdrawal.

We’ll break down what they want to know, what administration officials are saying and how big the gap is between the two sides. 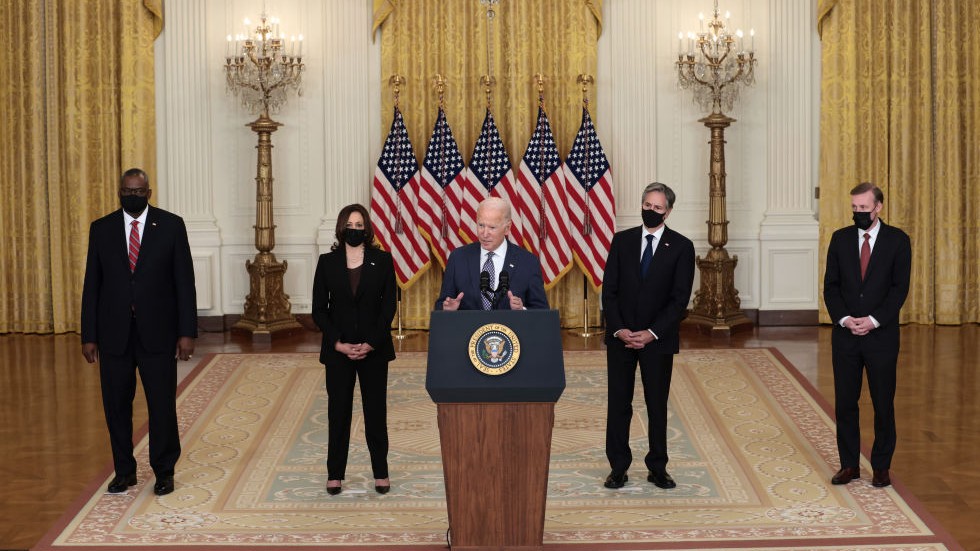 Lawmakers on Tuesday aired frustration over a lack of data disclosed by the Biden administration, which has boasted of evacuating more than 124,000 people from Afghanistan, but hasn’t given a specific breakdown of who escaped.

Sen. James Lankford (R-Okla.), speaking to Homeland Security Secretary Alejandro Mayorkas, pointed to a gap between the 60,000 people who have been brought into the U.S. and the total number evacuated.

Administration offers some figures: Mayorkas did offer some figures during the hearing, saying that roughly 12,000 Afghans remain at different military sites while they await vetting to enter the U.S.

He also pointed to previously released numbers from the administration, noting that of the 60,000 Afghans who have entered the U.S., nearly 8,000 are either U.S. citizens or residents, while about 1,800 are SIV holders, having obtained visas after assisting the U.S. military.

But not others: Mayorkas did not provide numbers for how many fit into the Priority 1 and Priority 2 categories created for vulnerable Afghans and others who assisted in a range of U.S. projects.

‘Does that concern you?’: Senate Homeland Security and Governmental Affairs Committee ranking member Rob Portman (R-Ohio) said the U.S. left allies behind and that Homeland Security has relied too heavily on “paroling” people into the country, a process that allows it to temporarily waive immigration requirements to allow people to enter the U.S. and begin the work to gain status.

“Around 75 percent of the people who came are called parolees, meaning they don’t fit in any of those categories,” he said. “Does that concern you?”

“We all know that we left American citizens behind, but mostly we left behind people who had helped us. But we also had people get on these flights to leave who, as far as we know at this point, had no connection to us in the sense of helping us or helping our allies,” Portman added later.

Meanwhile, at the Pentagon, Defense Secretary Lloyd Austin has tasked Air Force Secretary Frank Kendall with overseeing the investigation of a drone strike that killed 10 civilians in the final days of evacuations from Afghanistan.

What it will look at: “Part of that review will be to examine the investigation itself, the thoroughness of the investigation, to study the degree to which any policies, procedures or targeting mechanisms may need to be altered going forward, if any, and of course to then take a look at what levels of accountability might be appropriate and if so at what level,” Pentagon press secretary John Kirby said in a briefing.

A tragic mistake: On Friday, the Pentagon confirmed that it had mistaken a civilian vehicle for an ISIS-K threat on Aug. 29.

“I am now convinced that as many as 10 civilians, including up to seven children, were tragically killed in that strike,” U.S. Central Command head Gen. Frank McKenzie said, stating that it was unlikely that the vehicle or its occupants, seven of whom were children, were associated with ISIS-K.

“Our investigation now concludes that the strike was a tragic mistake,” he said. 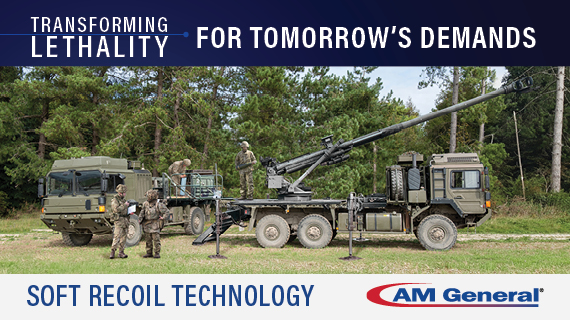 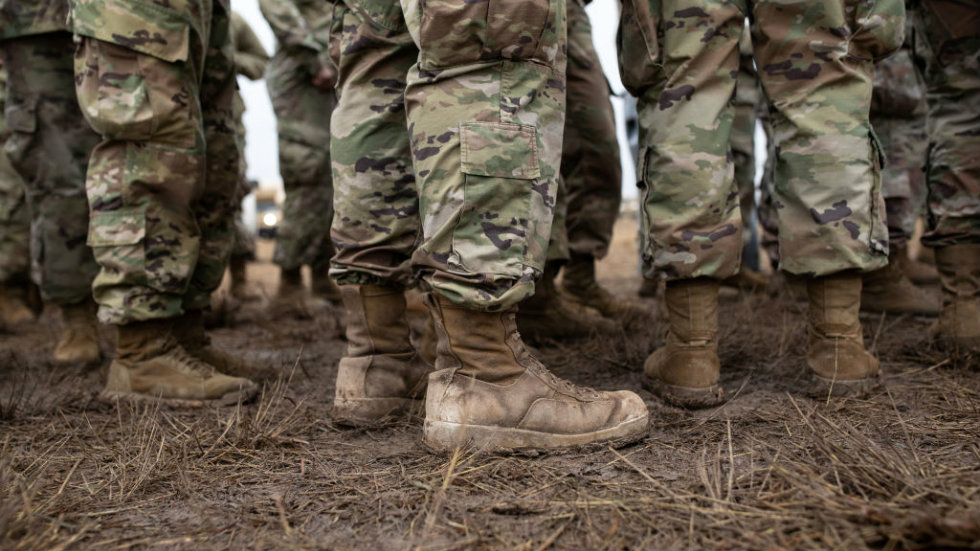 Bipartisan support is growing for legislation allowing a new memorial honoring thousands of U.S. service members who died in the war on terror to be located on the National Mall.

Rep. Jason Crow (D-Colo.), an Army veteran of the Iraq and Afghanistan wars who has authored the bill, said he may have found a path forward for the stalled memorial legislation: He will offer it as an amendment to the massive defense policy bill known as the National Defense Authorization Act that will come to the House floor this week.

“There’s a lot of momentum behind the bill. We are submitting it as an amendment to the NDAA and getting broad support on it,” Crow said in an interview with The Hill.

Some background: In 2017, then-President Trump signed into law legislation that would authorize a nonprofit, the Global War on Terror Memorial Foundation, to begin planning for a new memorial in Washington, D.C. But a 2003 law prohibits new memorials from being built on the National Mall.

Since the 9/11 attacks two decades ago, 4,431 members of the U.S. military have died in Iraq and 2,352 have died in Afghanistan, including 13 who were killed last month during a bombing at the Kabul airport as the U.S. was evacuating Americans and Afghan allies.

Growing support: Crow has co-authored legislation with Rep. Mike Gallagher (R-Wis.), a former Marine Corps intelligence officer who also served in Iraq, to provide an exemption for the war on terror memorial. Together, they have rounded up support from 179 co-sponsors — 98 Republicans and 81 Democrats — though Crow says that number is actually closer to 200.

A version of the bill rolled out in 2019 only attracted 103 bipartisan co-sponsors.

What the bill would do: The Global War on Terrorism Memorial Location Act would not provide any public funding for the memorial itself; private funds would be raised by the foundation to pay for construction.

What the bill would do is authorize the new memorial to be constructed on one of three preferred locations on the National Mall: Constitution Gardens near the lakeside memorial dedicated to the 56 signers of the Declaration of Independence; on the JFK Hockey Fields; or West Potomac Park, south of the Reflecting Pool.

Meanwhile, in the Senate: Sen. Joni Ernst (R-Iowa), an Iraq war veteran, has authored the companion bill in the upper chamber. She argued that Congress approving a memorial on the Mall would serve as a unifying moment at a time of partisan bickering over President Biden’s handling of the Afghanistan withdrawal.

On Monday, Ernst requested that the Senate unanimously approve the memorial’s location somewhere on the National Mall, noting that all six surviving Defense secretaries back the legislation.

The Space Force’s service dress prototype was introduced at the Air Force Association’s Air, Space and Cyber Conference in Maryland on Tuesday. It includes a navy coat with six buttons running diagonally up the right-hand side and gray pants.

The new uniforms mark a change from the Air Force dress blues the Space Force uniform was derived from in 2019, according to Military.com.

Lt. Col. Alison Gonzalez, the Space Force deputy chief of strategy who modeled the new uniform at the conference on Tuesday, reportedly said the prototypes were designed taking women into account, which is a diversion from the military’s usual strategy of creating uniforms for men and then adjusting them for women.

What’s so funny?: The prototype, however, is now drawing comparisons to sci-fi series “Star Trek” and “Battlestar Galactica,” with individuals turning to social media to discuss the similar uniforms.

Stephen Losey, a reporter at Military.com, tweeted a photo of a woman wearing the uniform prototype and Captain Kirk from “Star Trek” with the caption “Getting some Wrath of Khan flashbacks all of a sudden.”

​​And the Twitter account for the Armed Forces Committee of Western New York also tweeted photos of the prototype and Captain Kirk.

That’s it for today. Check out The Hill’s defense and national security pages for the latest coverage. We’ll see you Wednesday.

Defense & National Security — Pentagon vaccine mandate to get the chop

Economists: A US housing recession has already arrived

RNC chief on criticism of early voting: ‘We need to stop that’