The U.S. and Iran this week began their seventh round of indirect talks as part of efforts to return to the 2015 nuclear deal, more than five months after the last discussions took place in Vienna.

We’ll share what each side wants and the roadblocks to getting there plus details of the stalled annual defense authorization bill, a new investigation into a deadly 2019 Syria airstrike and the ongoing battle between the Pentagon and the Oklahoma National Guard over its vaccine mandate. 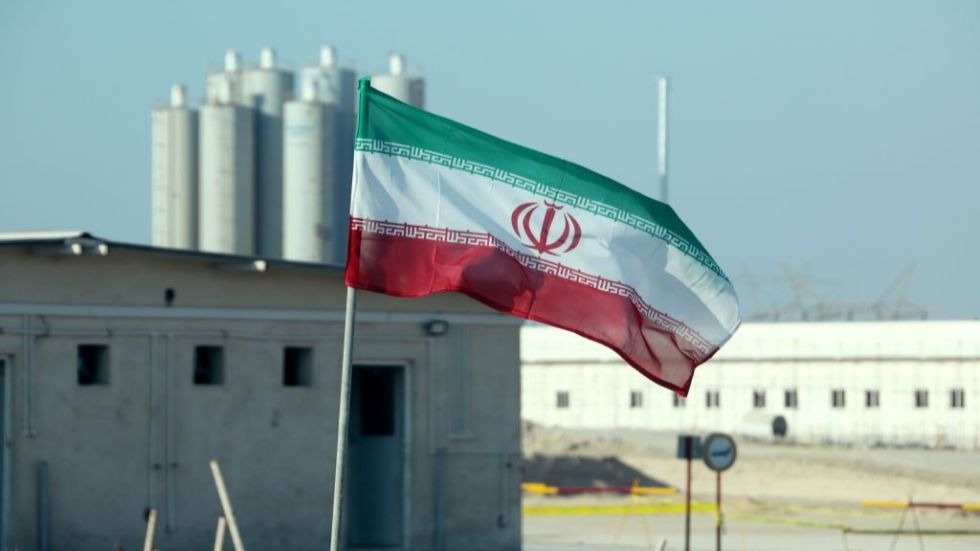 As the U.S. and Iran on Monday held their seventh round of indirect talks, the Biden administration is stressing that diplomacy with Iran is the last, best chance to box in their nuclear ambitions and prevent Tehran from building a weapon of mass destruction and rein in their increased nuclear provocations

Officials have played down reports that they are considering an interim deal with Iran, or talks outside the parameters of the Joint Comprehensive Plan of Action (JCPOA), the formal name for the deal.

A ‘diplomatic approach’: “Our objective has not changed, it remains a mutual return to full compliance with the JCPOA, this is the best available option to restrict Iran’s nuclear program and provide a platform to address Iran’s destabilizing conduct,” White House press secretary Jen Psaki told reporters on Monday.

“We’re working with our European partners in lockstep, and of course we are going to continue to press for the diplomatic approach.”

A quick recap: Former President Trump withdrew from the deal in 2018 and Iran began violating the terms of the agreement in 2019. President Biden, in contrast, has said he is intent on reviving the JCPOA.

Naysayers: Republicans and Israel remain firmly opposed to the deal, saying it fails to stop Iran from ever achieving a nuclear weapon and does not address its other destabilizing activity in the region.

“Iran deserves no rewards, no bargain deals and no sanctions relief in return for their brutality,” Israeli Prime Minister Naftali Bennett said in a statement on Monday. “I call upon our allies around the world: Do not give in to Iran’s nuclear blackmail.”

Axios reported on Monday that Israel shared intelligence with the U.S. that Iran is preparing to enrich uranium to 90 percent — the level needed to fuel a nuclear weapon. Iran is already enriching uranium to 60 percent, about 16 times more than the limits allowed under the JCPOA.

State Department deputy spokesperson Jalina Porter on Monday said the administration would not comment on the report, but said “enrichment to 90 percent, obviously, would be a provocative act.”

What Iran wants: Iranian officials say they will only return to the JCPOA if the U.S. lifts all of the estimated 1,500 sanctions imposed after Trump withdrew from the deal, and ensures that successive presidents cannot tear up the agreement with a change of administrations.

“The United States still fails to properly understand the fact that there is no way to return to the JCPOA without verifiable and effective lifting of all sanctions imposed on the Iranian nation after the US departure,” Iranian Foreign Minister Hossein Amir-Abdollahian said in a statement Monday. 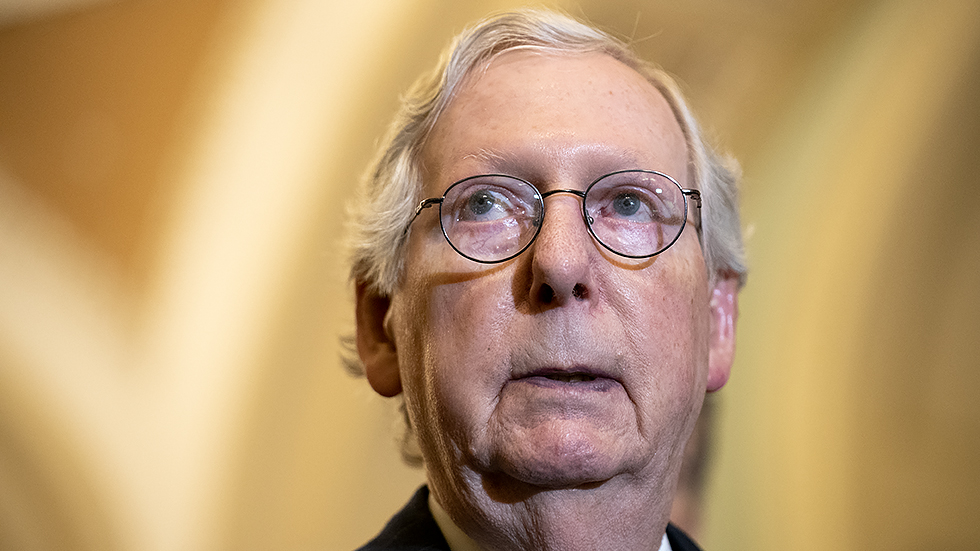 Senate Republicans late Monday blocked a sweeping defense policy bill amid a stalemate on allowing votes on potential changes to the mammoth legislation.

The Senate needed 60 votes to end debate on the National Defense Authorization Act (NDAA). The chamber voted 45-51 to start winding down debate on the bill, which sets spending levels and policy for the Pentagon.

What’s the holdup?: Senate Minority Leader Mitch McConnell (R-Ky.) vowed to vote against wrapping up debate because Republicans want votes on amendments to the bill.

“The Democratic leader … now wants to block the Senate from a real debate and real amendment process,” McConnell said ahead of the vote, referring to Senate Majority Leader Charles Schumer (D-N.Y.).

“So if the Democratic leader insists on forcing a cloture vote later today, I’ll oppose cutting off these important debates prematurely when they have really just begun,” McConnell added.

Earlier: Senate Armed Services Committee Chairman Sen. Jack Reed (D-R.I.), and ranking member Sen. James Inhofe (Okla.), previously agreed to votes on a package of 18 amendments, including a conservative push to strip out language in the defense bill that requires women to register for the selective service and a bipartisan push to include a repeal of the 2002 Iraq War authorization in the defense bill.

But that package was blocked before the weeks-long Thanksgiving break by several Republican senators whose amendments were not included.

McConnell identified some of the additional amendments that Republicans want votes on, including proposals backed by Sens. James Risch (R-Idaho) and Ted Cruz (R-Texas) related to sanctions for the Nord Stream 2 pipeline.

Read more on the fight here. 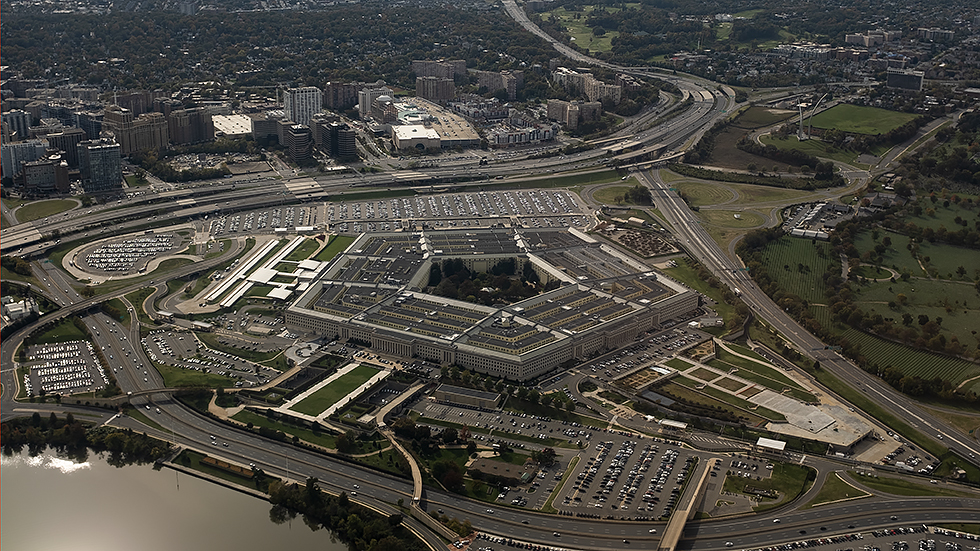 Defense Secretary Lloyd Austin has ordered a new investigation into a 2019 U.S. airstrike in Syria that killed dozens of women and children, the Pentagon’s top spokesman said Monday.

“The secretary has directed today a review of the civilian casualty incident that occurred on March 18, 2019, in Baghuz, Syria,” press secretary John Kirby told reporters.

Who will lead it: The investigation will be conducted by Gen. Michael Garrett, the head of Army Forces Command, who will review investigations already conducted on the incident and “conduct further inquiry into the facts and circumstances related to it,” according to Kirby.

What they’ll look at: Kirby said Monday the new inquiry will include an assessment of the civilian casualties that resulted from the mistaken strike, whether officials complied with the law of war, record keeping and reporting errors, whether recommendations from earlier reviews meant to prevent such a strike were used, and whether anyone should be held accountable. In addition, the investigation will pinpoint whether authorities, procedures or processes used in drone strikes should be altered.

What prompted this: The new high-level review comes after an investigation by the Times, released earlier this month, that detailed the U.S. airstrike that killed 70 civilians and allegations that top officers and civilian officials tried to hide the casualties. The strike, which was carried out by the classified special operations unit known as Task Force 9, was unknown to the public until the Times report.

The revelations have since prompted calls for more transparency from the Pentagon on how it conducts such military operations, and both the House and Senate Armed Services committees have said they are looking into the matter.

The Pentagon has rejected a request from Oklahoma Gov. Kevin Stitt (R) to exempt his state’s National Guard from the Department of Defense’s vaccine mandate.

In a letter to Stitt shared with The Hill, Defense Secretary Lloyd Austin said all members of the Oklahoma Air and Army National Guard must follow the mandate “regardless of duty status.”

Consequences: Failure to get vaccinated “may lead to a prohibition on the member’s participation in drills and training… and jeopardize the member’s status in the National Guard,” Austin wrote, adding that Stitt’s concerns “do not negate the need for this important military readiness requirement.”

Press secretary John Kirby said later on Monday that Guardsmen who don’t get vaccinated wouldn’t be allowed to train or drill under either statute.

An ongoing battle: Austin’s response is the latest in the Pentagon’s dispute with the Oklahoma National Guard, which went rogue earlier this month regarding the vaccine mandate.

Stitt wrote a letter earlier this month asking Austin to scrap the mandate, arguing that it “violates the personal freedoms of many Oklahomans, as it asks them to potentially sacrifice their personal beliefs in order to not lose their jobs.”

Austin officially mandated that all troops had to be vaccinated in September, though deadlines to comply with the mandate vary by branch.

Shortly after Stitt asked Austin to exempt the Oklahoma National Guard from the mandate, Oklahoma National commander Army Brig. Gen. Thomas Maciano, wrote a memo stipulating that no member of the guard would be required to get vaccinated.

Dueling laws: The back-and-forth have brought two federal laws at the center of attention. One law, Title 32 of the U.S. Code, stipulates that a state or territory’s governor holds the power to mobilize their guard members unless the troops are activated for a federal mission.

But under Title 10, the president could mobilize the guard, placing them under federal authority.