We’ll dive deeper into that; plus, upcoming reviews of the United States’ chaotic withdrawal from Afghanistan and the Pentagon weighing mandatory COVID-19 booster shots.

For The Hill, I’m Jordan Williams. Write to me with tips at jwilliams@thehill.com. 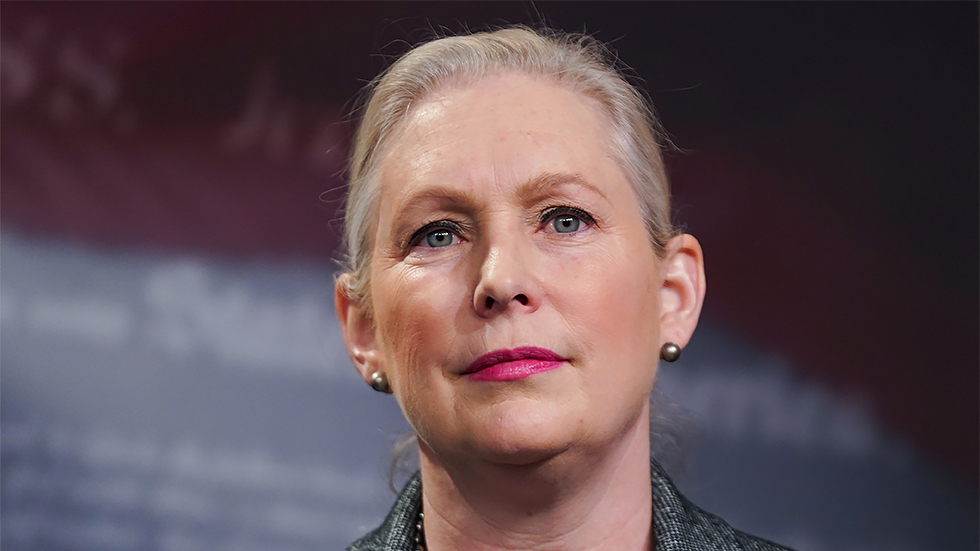 In a lengthy statement on Friday, Smith said it was “very disappointing” to see the reforms included in the National Defense Authorization Act (NDAA) “misrepresented and maligned.”

“I have spoken with Senator Gillibrand many times this year as we crafted this legislation, and I understand that she prefers a different approach,” Smith said. “But her recent claims in the press that the language in the NDAA does nothing to take the commander’s authority away…simply mischaracterizes what are, in fact, bold reforms that deliver independence and justice for survivors of sexual assault in the military.”

Diverging views: At issue is how far the NDAA should have gone to address how the military prosecutes major crimes, like sexual assault.

Gillibrand’s proposal would entirely remove military commanders from the chain of command, replacing them with independent military prosecutors.

The House bill strips commanders of most of their authority to prosecute serious crimes, but still allows them to conduct trials, pick jury members, approve witnesses and grant immunity. The bill also cuts the number of crimes handled by outside prosecutors from 11 to 38 and allows commanders to keep their power to allow service members accused of crimes the option of separation from service instead of facing court martial.

Gillibrand said Wednesday that the NDAA doesn’t truly help survivors of sexual assault and called for a stand-alone vote on her original legislation.

“The majority of our colleagues have recognized that our bill has the support of a bipartisan, filibuster-proof majority in the Senate and a majority in the House,” she said. “But the will of those members was ignored in the NDAA, where committee leaders stripped out reforms from the bill behind closed doors, despite assurances that they would follow regular order.”

Shortly after Smith’s statement, the House Armed Services Committee issued a separate press release of positive responses to the military justice reforms in the NDAA.

That release included a comment from Lynn Rosenthal, who led the Pentagon’s civilian-led commission to address military sexual assault.

“While not perfect, the agreement is far from a setback for survivors and their advocates. Instead, it represents a historic step toward justice,” Rosenthal’s comment says. 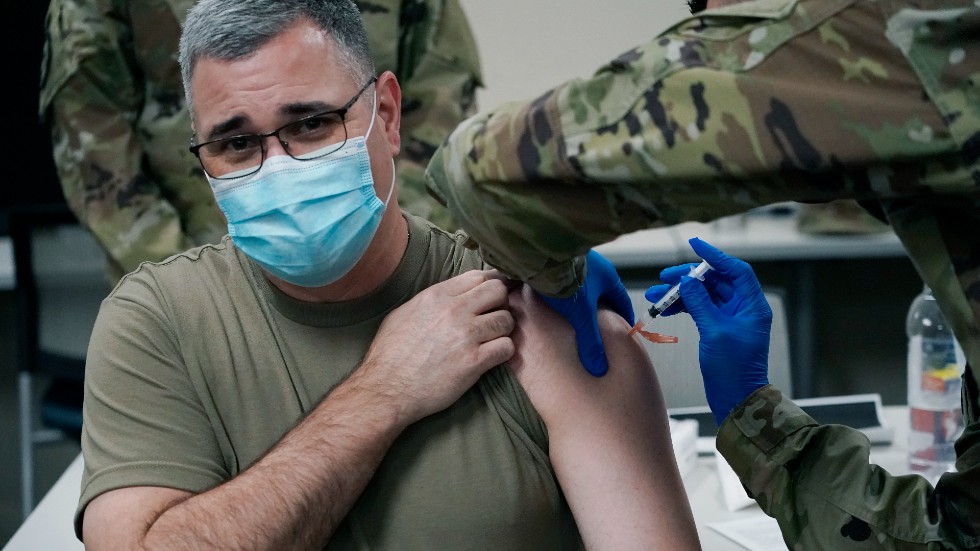 “There are active discussions here in the department at the policy level about booster shots and whether or not to make those mandatory,” Kirby said. “There have been no final decisions made about that.”

Current stats: The Pentagon has already mandated an initial round of vaccines for the military, though deadlines vary across the different branches.

As of Friday, about 96.4 percent of active duty service members have received at least one dose of a vaccine, and 90 percent are fully vaccinated. Across the total force, which includes National Guard and Reserve, nearly 74 percent of military personnel have been inoculated.

Meanwhile, over 257,000 service members have contracted COVID-19, and 70 have died, according to data the Pentagon released Wednesday.

Who’s eligible for a booster? The Centers for Disease Control and Prevention (CDC) recently updated its guidance to recommend a booster for all adults after the omicron variant of the virus was reported. On Thursday, the agency recommended booster doses of Pfizer’s vaccine for teens ages 16 and 17.

Kirby noted that the booster is already being offered at military hospitals and military health care facilities if service members choose to receive it. 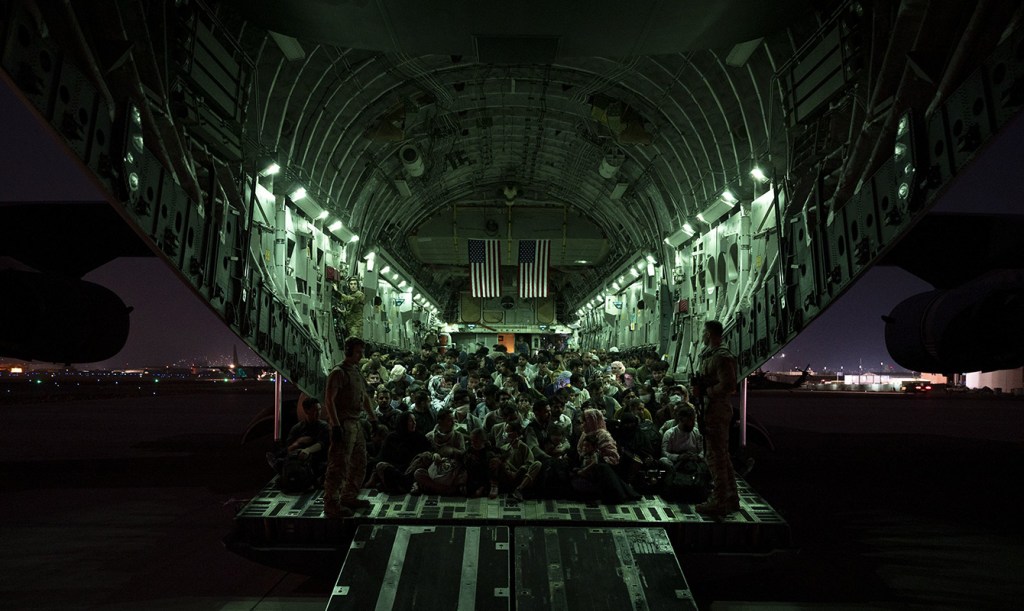 The State Department and Department of Defense have begun reviews into the United States’ withdrawal from Afghanistan.

The reviews come months after the officially withdrew troops from Afghanistan on Aug. 31, ending America’s longest conflict. During the chaotic process, the U.S. managed to evacuate more than 124,000 people from Afghanistan.

But the Biden administration has come under intense scrutiny for the botched withdrawal, and these two reviews are among several that are ongoing.

About the reviews: In a memo obtained by The Hill, Secretary of State Antony Blinken said his agency’s 90-day review will “seek to assess the lessons learned from our engagement in Afghanistan and provide recommendations going forward.”

The review will cover the period between January 2020 and August 2021 and is being led by Daniel Smith, who briefly served as acting secretary of State in January, Blinken wrote.

Smith and a team of current and former State Department officials will have access to documents and records and will be authorized to conduct voluntary interviews.

“We anticipate the final report will be classified — so as to be as detailed as possible in its findings — but, as with all endeavors, we will be as transparent as possible,” a State Department spokesperson told The Hill.

Separately, Pentagon spokesperson Army Maj. Robert Lodewick told The Hill in a statement that the Defense Department’s after-action review will cover the period between February 2020 and the end of August. The independent team conducting the review just began its work last week.

“We are committed to understanding what worked and what did not work in Afghanistan,” Lodewick said. “We intend to incorporate that understanding into our planning and our strategic assessment going forward.”

Of note: The State Department’s inspector general is conducting a separate review of the agency’s handling of the withdrawal.

The 2022 National Defense Authorization Act, which the House passed Tuesday night, directs the creation of a commission to examine the entire 20-year war.

That’s it for today. Check out The Hill’s defense and national security pages for the latest coverage. Have a great weekend and we’ll see you Monday!