The Army, Marine Corps, and Navy are beginning to remove personnel who have not received the COVID-19 vaccine.

We’ll have more on that, plus details on a drone that was shot down near a military base in Syria and the soldiers who were awarded the Medal of Honor by President Biden.

For The Hill, I’m Jordan Williams. Write me with tips at jwilliams@thehill.com 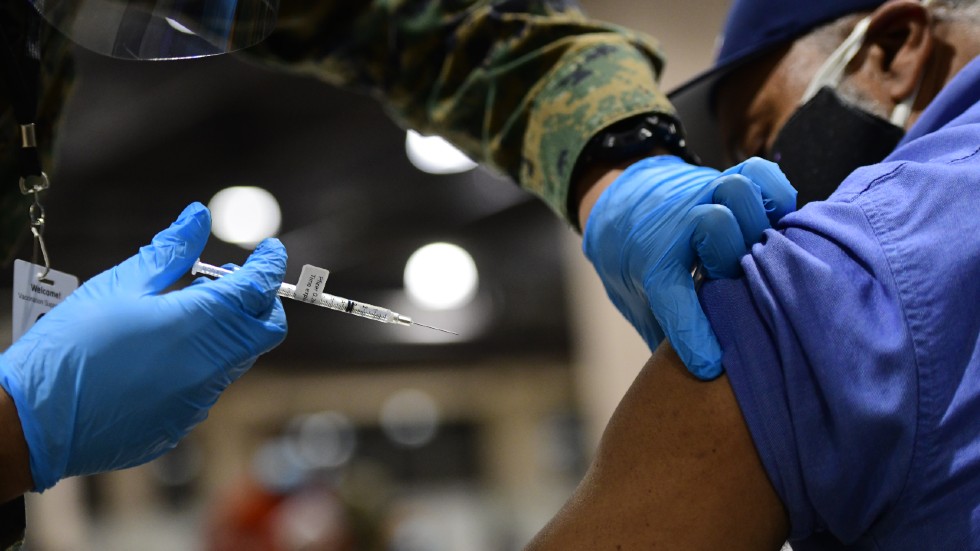 Over the last 48 hours, the Army, Marine Corps and Navy have said they began separations for personnel who have not received the COVID-19 vaccine.

In an emailed statement on Thursday, the Marines said they separated more than 103 with a “vaccine refusal” discharge code.

Earlier in the day, the Army revealed that it has relieved six active-duty leaders, including two battalion commanders for not getting vaccinated. Meanwhile, 2,767 soldiers have received general officer written reprimands for refusing the vaccine mandate

On Wednesday, the Navy said that it has given guidance to commanders to begin issuing administrative separations for service members who won’t get vaccinated.

Upcoming deadlines: Defense Secretary Lloyd Austin mandated vaccinations for the military in late August, but each military service is in charge of enforcing its mandate.

The Army’s deadline for active duty soldiers was Wednesday, the last of the deadlines for active-duty personnel for each branch. However, Army National Guard and Reservists still have until June 30, 2022 to come into compliance.

Meanwhile, reservists in the Marine Corps and Navy both have until Dec. 28 to come into compliance. Active-duty components of both branches had until Nov. 28 to be vaccinated.

The Army’s 98 percent vaccination rate: In related news, the Army said that 98 percent of its active-duty personnel have received one dose of a coronavirus vaccine as the deadline for those soldiers to be inoculated passes.

More than 468,000 active-component soldiers have received at least one dose of a COVID-19 vaccine. Meanwhile, 96 percent of active-duty soldiers — more than 461,000 — are fully vaccinated.

Marines kick out more than 100 for refusing COVID-19 vaccine

Drone shot down near military base in Syria

As one drone continued deeper into the deconfliction zone, it was “assessed as demonstrating hostile intent and was shot down,” he said.

“The second UAS was not engaged and likely left the area. At-Tanf Garrison reports no casualties and no damage to facilities,” Urban said.

The United Kingdom’s defense ministry later confirmed that it shot the drone, saying in a statement that a Royal Air Force typhoon shot the drone with an advanced short-range range air-to-air missile.

Who’s drone was it? It was unclear who was behind the incident from both the Pentagon and U.K. defense ministry’s comments.

NBC News, which first reported the incident on Wednesday, reported that Iran or Iranian-backed militia groups were suspected to be behind the drones.

A previous attack: The deconfliction zone is located in a strategic area near Syria’s Tanf border, which crosses with Iraq and Jordan. U.S. and international troops are there to train Syrian forces as part of a global effort to defeat ISIS.

In mid-October, the base was hit with an attack that was believed to have included five drones laden with explosive charges. No injuries or deaths, however, were reported.

U.S. officials reportedly believed that Iran didn’t launch that attack but had provided resources and encouraged it.

Biden awards the Medal of Honor 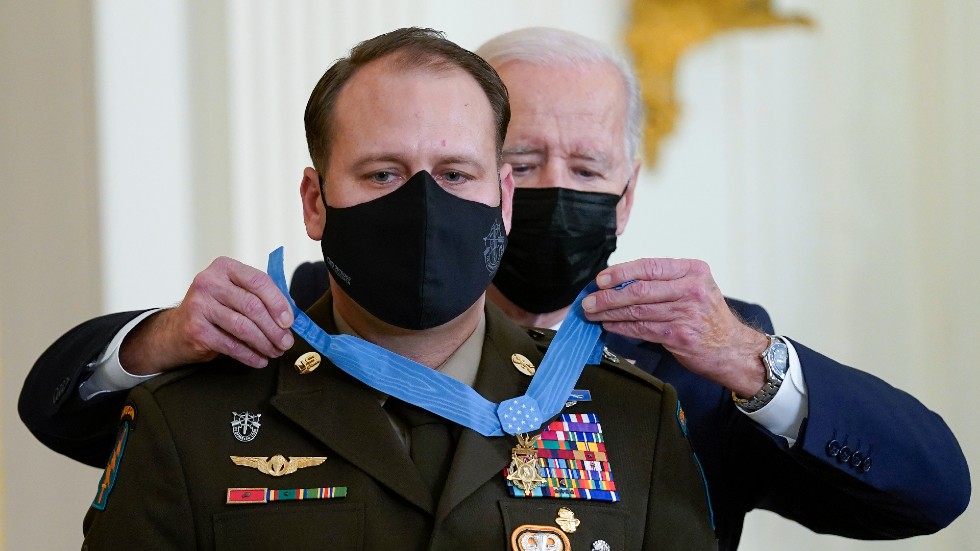 President Biden awarded the Medal of Honor for their actions in serving in Iraq or Afghanistan.

“Our hearts are overflowing with gratitude today as we honor the unparalleled courage and commitment to duty and the indispensable, indisputable gallantry,” Biden said at a White House ceremony.

About the soldiers: Cashe—the first Black service member to receive the award for actions since 9/11— posthumously received the honor for his bravery in rescuing fellow soldiers from a burning vehicle in Iraq in 2005.

Plumlee, who accepted the award in person, was at Forward Operating Base Ghazni in Afghanistan.Plumlee responded when an explosion at the base created a massive hole in its perimeter wall, which insurgents poured through.

Plumlee fought off insurgents wielding rifles and wearing suicide vests, engaging them with only his pistol.

Celiz was also given the award posthumously for his efforts in Afghanistan to protect his fellow soldiers from enemy fire. He is credited with voluntarily exposing himself to machine gun and small arms fire as part of a mission to clear an area of enemy forces.

Defense & National Security — Ukraine getting another $1 billion in weapons