The Air Force said it has denied 2,130 requests for religious accommodations to the Pentagon’s COVID-19 vaccine mandate and has not approved any, adding to the thousands already denied across the military services.

We’ll share how many requests the Air Force has received and where those stand compared to across the military, plus what we know about the Biden administration’s upcoming talks with the Kremlin, plus details of a new bill meant to make it easier for Capitol Police to request emergency assistance from the National Guard and a scoop on security talks between the United States and Japan.

The Air Force has denied 2,130 requests for religious accommodations to the Pentagon’s COVID-19 vaccine mandate and has not approved any, the service announced Tuesday.

Air Force and Space Force commands received more than 10,000 requests from airmen and guardians across the active-duty, National Guard and Reserve hoping to avoid the coronavirus shot.

The process: More than 8,630 individuals are still awaiting the Air Force’s decision on their request, which is “individually reviewed by Religious Resolution Teams at the wing, garrison, major command and field command levels,” the service said in a statement announcing the data.

The teams, which are made up of chaplains, medical providers, judge advocates and other subject matter experts, “make recommendations on determining the least restrictive means possible to accommodate a sincerely held belief without putting mission accomplishment at risk.”

Meanwhile, in other services: Thousands of religious accommodation requests to the vaccine have been denied across the military services since Defense Secretary Lloyd Austin in late August said the shot would be mandatory for all military personnel.

The Navy on Wednesday said it has received 2,844 active-duty requests for religious accommodation for the vaccine mandate, none of which have been approved.

The Marine Corps and Army, meanwhile, have received some 3,100 and 1,700 requests, respectively, according to The Associated Press.

The denials have caused frustration among service members and have even sparked a lawsuit by a group of Navy SEALs and sailors who claim the Defense Department has too high of standards for granting such exemptions.

Appeals possible but likely not granted:  Within the Air Force, those whose religious accommodation requests are denied have five days after the denial to start the vaccination process, file an appeal with the Air Force Surgeon General, or request to separate or retire if they are able, according to a Dec. 7 memo from Air Force Secretary Frank Kendall.

So far, no appeals to the Surgeon General of the Air Force have been successful, with 135 denied and 152 still pending.

“Based on the number of disapproved accommodation requests at this point, Airmen and Guardians are encouraged to consider that operational requirements could result in requests for religious accommodations being denied,” the Air Force cautions. 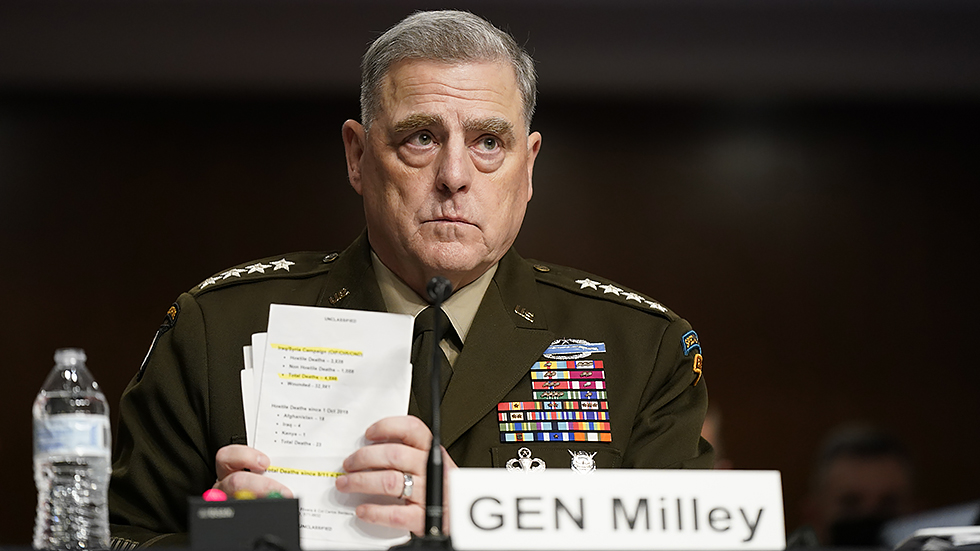 Joint Chiefs of Staff Chairman Gen. Mark Milley on Wednesday spoke with his Russian counterpart amid heightened tensions over Moscow’s military presence at its border with Ukraine.

Milley spoke by telephone with Chief of Russian General Staff Gen. Valery Gerasimov to discuss “regional security-related issues of concern,” according to a readout of the call.

“The phone call is a continuation of communication between both leaders to ensure risk reduction and operational de-confliction. In accordance with past practice, both have agreed to keep the specific details of their conversation private,” the U.S. military said in the statement.

The issue: Russia has amassed roughly 100,000 troops at its border with Ukraine, sparking warnings from Western world leaders that Russia may move to invade the former Soviet state.

Russia has so far denied it is planning an invasion, and insists its forces are there in response to military moves by NATO which it claims are threatening.

The latest demands:Last week, Russia released draft security agreements demanding that the U.S. and NATO give legally binding guarantees that it will stop expanding further eastward, specifically by denying membership to Ukraine and other former Soviet bloc nations. Moscow also wants Western officials to promise that certain weapons would not be deployed to countries neighboring Russia.

The Biden administration’s promise: The United States, meanwhile, has promised a “very meaningful and massive response” by Washington and its allies should Russia commit “renewed acts of aggression,” likely referring to the Kremlin’s 2014 annexation of the Crimean Peninsula.

“We’ve seen plans that Russia has to commit renewed acts of aggression against Ukraine that it could implement on very short order,” Secretary of State Antony Blinken said Tuesday.

Concerns continue: Pentagon press secretary John Kirby also on Tuesday said the U.S. continues “to see a significant force presence near and around the Ukraine border” which “continues to be concerning.”

“We still don’t know the full intent here. And there’s no indication that [Russian President Vladimir Putin] has made a decision one way or another,” Kirby told reporters. 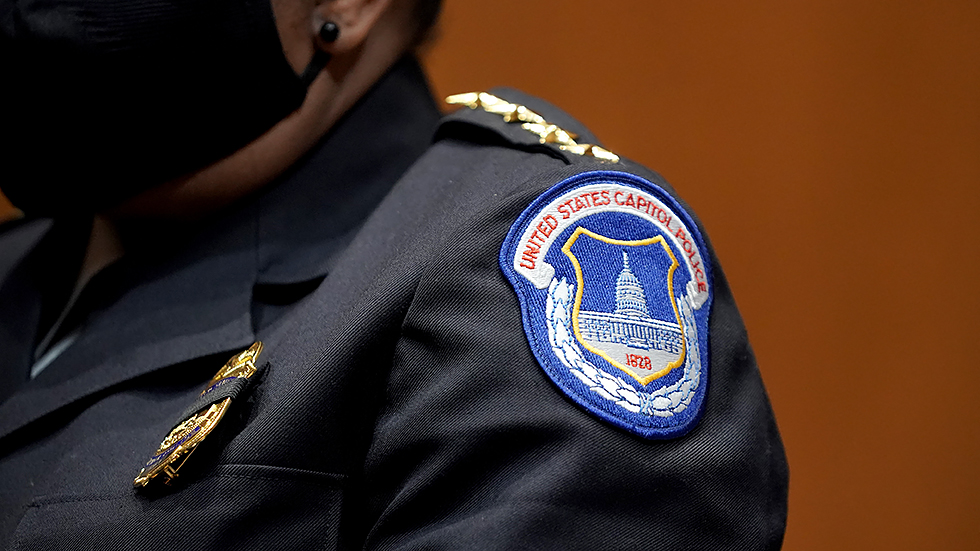 President Biden signed a bill on Wednesday making it easier for U.S. Capitol Police to request emergency assistance from the National Guard, the White House announced.

A response to Jan. 6: The legislation, which Congress passed last week, is based on recommendations made in a report released by the Senate Rules and Homeland Security committees in June, following the Jan. 6 attack on the U.S. Capitol.

“Our report found that Capitol Police officers and their law enforcement partners were left alone to defend the Capitol and our democracy itself from violent insurrectionists, while the Chief of the Capitol Police was delayed in obtaining approval to request help from the National Guard,” Sen. Amy Klobuchar (D-Minn.), chairwoman of the Senate Rules and Administration committee, said in a statement.

“Now that this bill has become law, we can rest assured that the Capitol Police Chief has the authority needed to call for reinforcements at the Capitol swiftly in a crisis,” she said.

Questions remain: The legislation comes as questions loom about why the National Guard did not arrive at the Capitol until hours after the attack on Jan. 6. The June report found, among other things, that the Capitol Police Board’s lack of planning led to delays in deployments of the Guard.

The current chain of command structure calls for the police chief to ask the Capitol Police Board to declare an emergency, and then approve a formal request for the National Guard.

Former Capitol Police Chief Steven Sund, who resigned after Jan. 6, testified in late February that he asked for National Guard assistance from the House and Senate sergeants-at-arms — who are both on the Capitol Police Board — but was rebuffed. 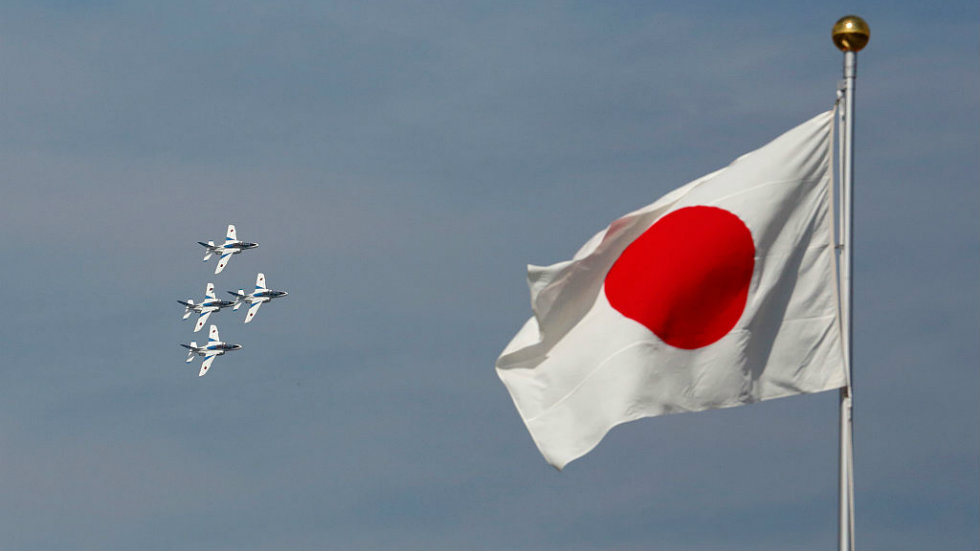 Defense Secretary Lloyd Austin and Secretary of State Antony Blinken will host their Japanese counterparts as part of a high-level security meeting between diplomatic and defense officials early next month, a source familiar with the meeting told The Hill.

The previous meeting: The last 2+2 ministerial was held in Tokyo in March and marked the first overseas trip for Blinken and Austin. It served as a strong signal that allies in Asia and the Pacific would be at the center of the Biden administration’s foreign policy.

A vital alliance: The close alliance with Japan is viewed as vital in countering China’s ambitions, whether militarily in the Indo-Pacific or providing a counter to Beijing’s economic coercion in the region and globally.

More financial support: A State Department spokesperson did not comment on the date of the 2+2 meeting, but confirmed reports that Japan is increasing its financial support for hosting U.S. troops under a new five-year agreement beginning in 2022.

Japan announced on Tuesday that it is increasing financial support to host U.S. troops by 5 percent over fiscal year 2016 through 2021 levels, or up to $9.2 billion over five years, the Japan Times reported.

The U.S. and Japan in February had signed a one-year extension of the previous agreement, amid the transition between the Trump and Biden administrations.

Under the one-year extension Japan agreed to pay $1.9 billion as part of the arrangement for hosting American troops.

That’s it for today. Check out The Hill’s defense and national security pages for the latest coverage. See you Thursday.