A federal judge has blocked the Navy from taking “any adverse action” against sailors who have not received the COVID-19 vaccine.

More on the ruling, plus a historic deployment for the USS Abraham Lincoln and Republicans going after Homeland Security Secretary Alejandro Mayorkas for not updating them on the vetting of Afghan refugees.

For The Hill, I’m Jordan Williams. Write me with tips at jwilliams@thehill.com.

A judge on Monday blocked the Pentagon from taking “any adverse action” against Navy sailors who have refused to get vaccinated against COVID-19 for religious reasons.

The Navy required all active-duty sailors to be fully vaccinated against COVID-19 by Nov. 28, or else face potential discharge.

Last month, the branch announced that it had given commanders guidance to move forward with issuing administrative separations for service members who did not get vaccinated.

What the judge said: Judge Reed O’Connor of the Northern District of Texas called the Navy’s religious accommodation process “by all accounts … theater,” adding the branch “merely rubber stamps each denial.”

“Our nation asks the men and women in our military to serve, suffer, and sacrifice. But we do not ask them to lay aside their citizenry and give up the very rights they have sworn to protect,” O’Connor wrote.

“The COVID-19 pandemic provides the government no license to abrogate those freedoms. There is no COVID-19 exception to the First Amendment. There is no military exclusion from our Constitution,” he added.

The plaintiffs had the backing of 47 Republican lawmakers, who filed an amicus brief last month in support of the plaintiffs.

The Pentagon told The Hill that it is studying the decision and referred questions to the Justice Department “as this matter involves litigation.” 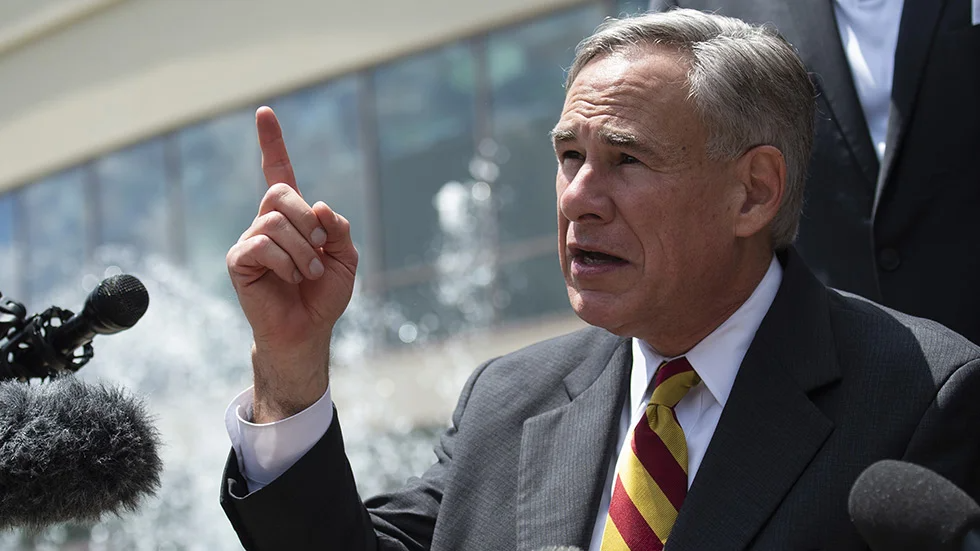 Texas Gov. Greg Abbott (R) announced that he is suing the Biden administration to block the Pentagon’s vaccine mandate for his state’s National Guard.

In a letter to Maj. Gen. Tracy Norris, Adjutant General of the Texas Military Department, Abbott said he is suing because the federal government has put his state’s Guard members in a “difficult position.”

“As the commander-in-chief of Texas’s militia, I have issued a straightforward order to every member of the Texas National Guard within my chain of command: Do not punish any guardsman for choosing not to receive a COVID-19 vaccine,” the governor wrote.

“Although my order has been in effect for months now, President Biden has muddied the waters with a vaccine mandate from the U.S. Department of Defense,” he said.

The second lawsuit: Abbott is one of seven GOP governors who have protested the vaccine mandate for National Guards members. However, he is the second governor to file a lawsuit over the requirement.

Stitt was the first GOP governor to sue the Pentagon over the mandate in December, after Austin denied his request to exempt his state’s Guard members from the mandate. U.S. District Judge Stephen Friot said in a ruling last Tuesday that the claims made in that suit were “without merit.”

Meanwhile, five other GOP governors have urged Austin to exempt the National Guard from the vaccine.

Read more about that here

A nuclear-powered U.S. aircraft carrier deployed on Monday for the first time with a woman in command.

The USS Abraham Lincoln departed from San Diego on a regularly scheduled deployment under the command of Capt. Amy Bauernschmidt, who is the first woman to lead one of the Navy’s 11 nuclear-powered aircraft carriers.

“These Sailors are incredible professionals who have trained exceptionally hard to ensure they are ready for any operational obligations required of us on deployment,” Bauernschmidt said in a statement on the deployment.

“They are absolutely prepared for today’s deployment, and I have no doubt they will represent our nation proudly as we defend our national interests,” she continued.

More on the captain: Bauernschmidt graduated from the U.S. Naval Academy in May 1994, the first graduating class in which women were allowed to serve aboard combatant ships and aircraftShe was designated as a Naval Aviator in 1996 and served on several helicopter squadrons.

Bauernschmidt took command of the Lincoln in August, relieving Capt. Walt Slaughter after 26 months in command. 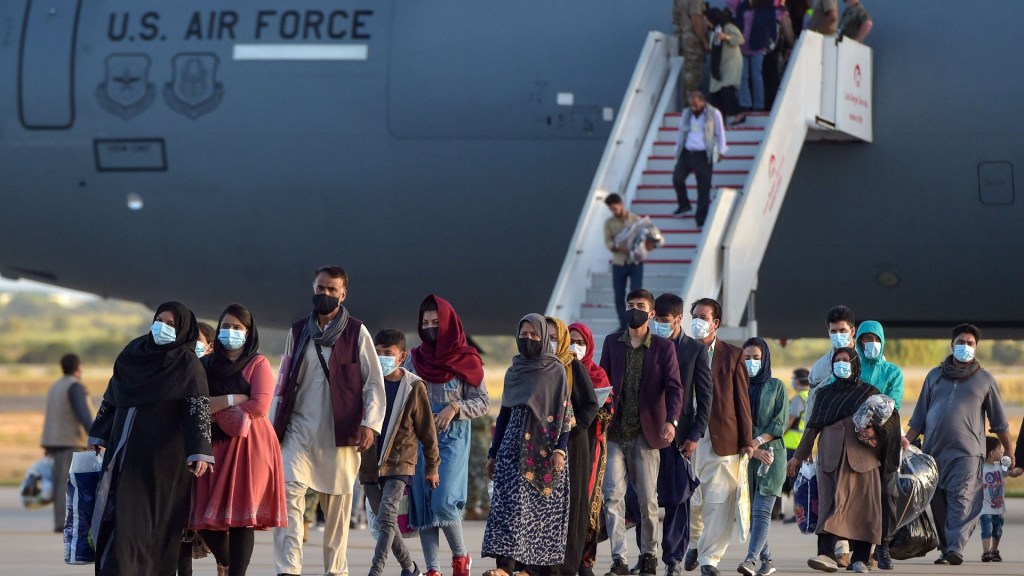 Republican senators criticized the Biden administration for failing to deliver a report meant to detail the vetting of more than 78,000 Afghans evacuated amid the chaotic exit of U.S. forces from Afghanistan in August.

In a statement released Monday, Republican senators said they have yet to receive a response from Homeland Security Secretary Alejandro Mayorkas on an overdue report to Congress detailing the agency’s vetting process for Afghans evacuated amid the Taliban’s takeover of the capital city of Kabul.

“The report requested by Congress on the composition and vetting of the more than 78,000 [Afghans] evacuated by U.S. forces is more than a month delayed. We need answers, but more than anything, we need [Department of Homeland Security] to fully cooperate,” tweeted Sen. James Risch (R-Idaho), the ranking member of the Senate Foreign Relations Committee.

Who was evacuated? Biden’s full exit from Afghanistan on Aug. 31 came under intense scrutiny and criticism from both parties in Congress.

While the administration said it evacuated more than 124,000 people amid the chaos of the Taliban’s takeover, hundreds of American citizens and tens of thousands of special immigrant visa (SIV) applicants were left behind, raising questions about who was actually evacuated.

Of the 74,000 Afghans who were evacuated through the government’s “Operation Allies Welcome,” the name for the evacuation effort that began following the Taliban’s takeover in mid-August, more than 40 percent of those who have come to the U.S. are eligible for SIVs, Secretary of State Antony Blinken said in a December update.

More than 38,000 Afghans, American citizens and lawful permanent residents have been relocated from military bases in the U.S. to new communities across the country, Blinken said in the statement.

And 3,000 more individuals at overseas transit locations are undergoing processing to enter the U.S.

Well, That’s it for today! Check out The Hill’s defense and national security pages for latest coverage. We’ll see you tomorrow.