The leader of the Oath Keepers was arrested and charged with “seditious conspiracy” related to the Jan. 6 attack on the Capitol.

We’ll also look at the U.S. and its European allies wrapping up diplomatic talks with Russia and an aerial attack on the U.S. Embassy in Baghdad.

For The Hill, I’m Jordan Williams. Write me with tips at jwilliams@thehill.com. 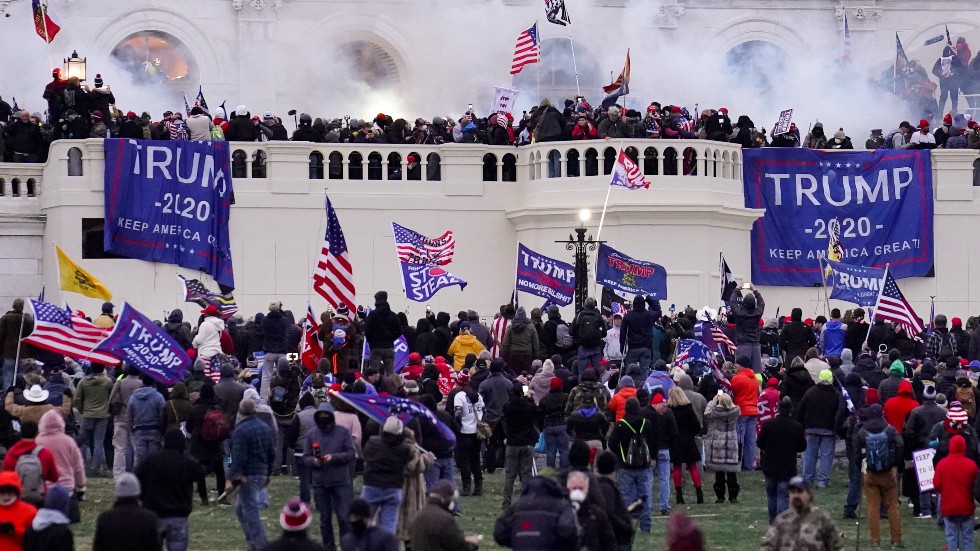 The founder of the Oath Keepers and 10 other members of the militia group were charged on Thursday with “seditious conspiracy” in connection with the Jan. 6, 2021 Capitol riot.

Stewart Rhodes, 56, was arrested in Little Elm, Texas, and faces charges related to the riot.

“The seditious conspiracy indictment alleges that, following the Nov. 3, 2020, presidential election, Rhodes conspired with his co-defendants and others to oppose by force the execution of the laws governing the transfer of presidential power by Jan. 20, 2021,” the Department of Justice (DOJ) wrote in a release.

The charges: Thursday’s indictment contains the first seditious conspiracy charges related to the riot and is punishable by a maximum of 20 years in prison.

The incident alleges that Rhodes coordinated with members of the Oath Keepers to travel to D.C. for the “Stop the Steal” rally that preceded the Capitol breach. In private conversations following the 2020 election, Rhodes allegedly vowed to use force if President Biden were sworn into office.

Prosecutors say that Rhodes helped organize the Oath Keepers who traveled to D.C. into separate military-style formations; two “stacks” marched on and breached the Capitol and an armed “quick reaction force” waited in the wings outside the city.

In the days after Jan. 6, according to the indictment, Rhodes spent about $17,500 on firearms components, ammunition and other equipment, prosecutors said.

Who else was charged? Also charged on Thursday was Edward Vallejo, a 63-year-old Arizona resident who prosecutors say stayed at a hotel in Ballston, Va., with the quick-reaction force during the Capitol breach, allegedly awaiting an order to bring weapons into D.C.

The indictment included nine others that the DOJ has previously charged. Meanwhile, eight other individuals affiliated with the group are still defendants in two different cases. 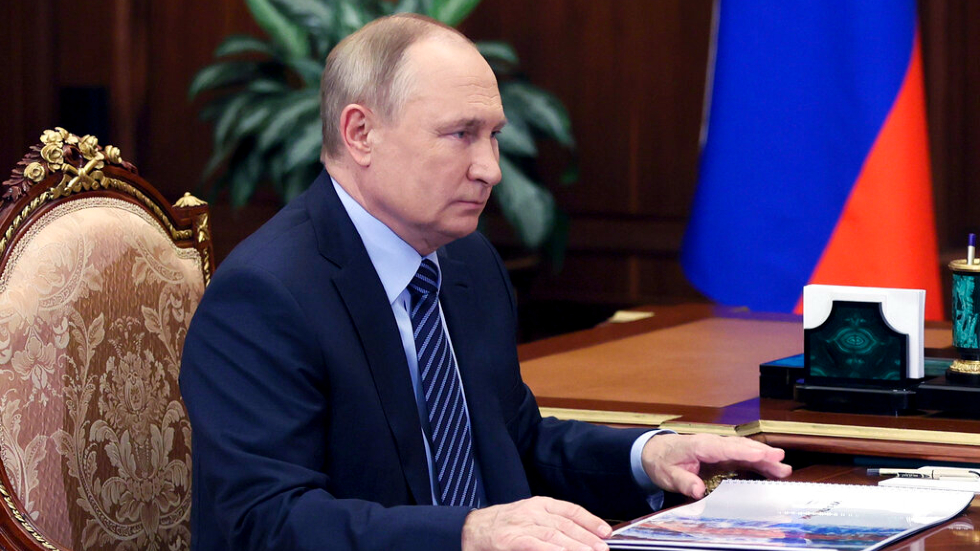 This week’s diplomatic engagements between the U.S., its European allies and Russia ended on Thursday showing scant progress and a murky possibility for future dialogue.

The meetings were organized amid Russia massing tens of thousands of troops near the Ukrainian border, sparking fears about the Kremlin planning a second invasion of Ukraine.

Moscow has rejected intentions of invading Ukraine and is demanding NATO deny Ukraine membership into the alliance and roll back military deployments. Now, it’s unclear whether further dialogue will continue.

First, a recap: Last Thursday, the Organization for Security and Cooperation in Europe’s (OSCE) Permanent Council met in Vienna. The meeting was the first planned session of the year, but was also the first interaction directly involving Ukrainian and Russian officials in this week’s talks.

On Monday, U.S. and Russian officials met in the context of the Strategic Security Dialogue. This was followed by a Wednesday meeting of the NATO-Russian council.

Will talks continue? Michael Carpenter, the U.S. ambassador to the OSCE, said after Thursday’s talks that the U.S. and most of its allies support continuing dialogue.

“We’re prepared to extend, we have already extended a hand, to offer a serious genuine dialogue,” Carpenter said.

“There is, to a certain extent, a dead end or a difference in approaches,” Ryabkov said, according to the Post.

“I do not see reasons to sit down in the coming days, to gather again and start these same discussions” without flexibility from Washington, he added.

The U.S. intelligence community hasn’t concluded whether Russian President Vladimir Putin will invade, but Sullivan didn’t shy away from the possibility.

“There is no illusions on the part of any of us who have been dealing with this issue about what the prospects are for potential conflict and potential military escalation by Russia,” he said.

Michael Carpenter, the U.S. ambassador to OSCE, told reporters following Thursday’s meeting that “the drumbeat of war is sounding loud, and the rhetoric has gotten rather shrill.”

There’s close to 100,000 troops on the Russian side of its border with Ukraine. Their presence and the live fire measures being carried out are raising many questions about Moscow’s intention,” Carpenter said.

Read more on the talks: 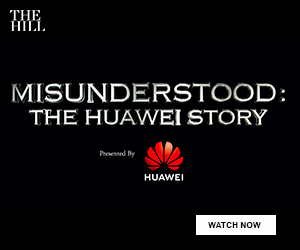 US Embassy in Baghdad says it was attacked 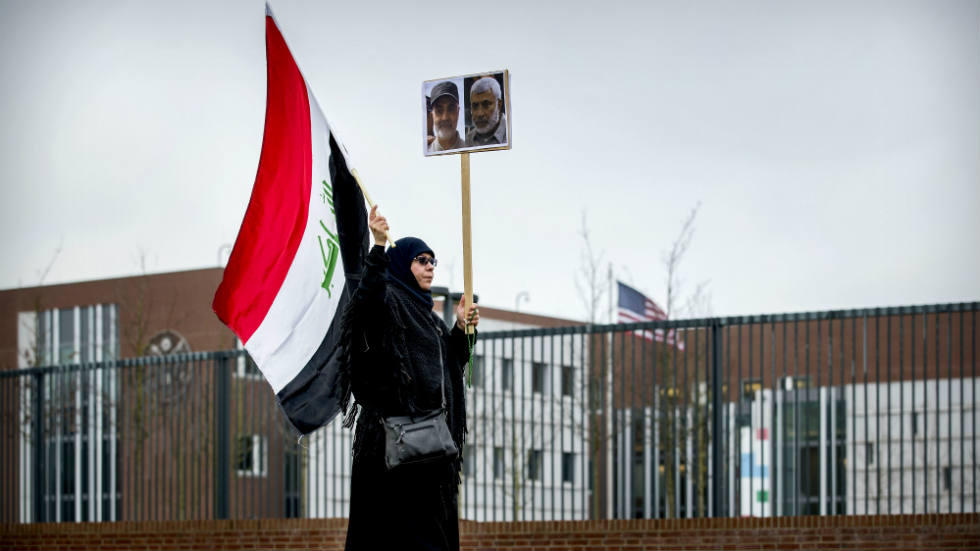 The U.S. Embassy in Baghdad said Thursday that it was attacked by terrorist groups, the latest amid a series of attacks targeting American personnel in Iraq and Syria.

“The U.S. Embassy compound was attacked this evening by terrorist groups attempting to undermine Iraq’s security, sovereignty and international relations,” the Embassy said on Twitter. “We have long said that these sorts of reprehensible attacks are an assault not just on diplomatic facilities, but on the sovereignty of Iraq itself.”

What happened? At least four rockets targeted the embassy’s Green Zone, according to The Associated Press, which cited Iraqi security officials.

Three of the rockets struck within the perimeter of the Embassy, and the fourth hit a school in a nearby area.

Witnesses told the AP that they heard the embassy’s defense system during the attack.

A series of attacks: Several attempted attacks occurred this month targeting areas where U.S. personnel are located in Iraq and Syria. The attacks began on Jan. 3, which so happened to have been the second anniversary of the killing Iran’s top general, Qassem Soleimani.

That day, two drones approaching a base housing U.S. troops near Baghdad’s airport were shot down. A day later, a second attempted attack targeting the Al Asad air base was intercepted.

Then on Jan. 5, there were two separate attacks on U.S. forces in Iraq and Syria. In one incident, a rocket struck the same base that was targeted days prior.

Separately, forces were targeted by eight rounds of indirect fire at Green Village in Syria, which officials said was carried out by an Iran-backed militia.

The Army has issued written reprimands to 2,994 soldiers who have refused to follow the Pentagon’s COVID-19 vaccine mandate.

The reprimands are up by over 200 since last month as the Pentagon pushes thousands of service members to comply with the mandate, which was first announced in late August.

Service officials said in December that those who refuse the vaccine without a pending or approved exemption risk being separated from the service beginning this month. Officials plan on releasing further guidance for mandatory initiation of separations.

The Army’s vaccination rate: Ninety-seven percent of active-duty troops are at least partially vaccinated. However, this leaves roughly 9,500 individuals who haven’t been vaccinated, including 5,921 who have sought temporary exemptions and 3,611 who have refused.

The Army has approved five of the 653 requests for medical exemptions it’s received and none of the requested 2,128 religious exemption requests.

That’s it for today! Check out The Hill’s defense and national security pages for latest coverage. We’ll see you on Friday.{mosads}

by Alexis Simendinger and Kristina Karisch 4 hours ago
12:30 Report  /  4 hours ago
See All