The United States has delivered a written response to Russian security demands that Moscow has called for and used as justification for its massing of more than 100,000 troops on Ukraine’s border.

We’ll detail what the State Department said about the document and more on the delivery, plus the newly signed executive order making sexual harassment a criminal offense in the military. 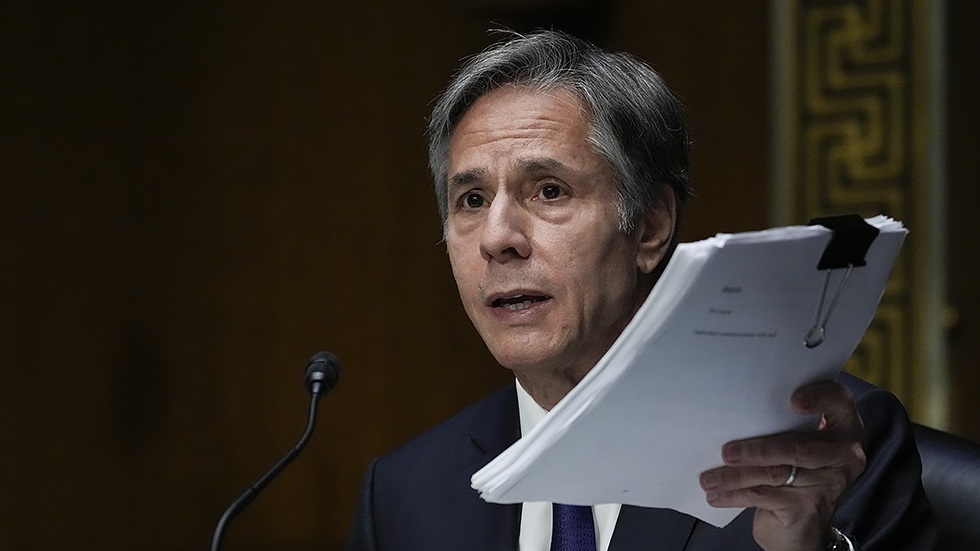 Secretary of State Antony Blinken announced that the U.S. on Wednesday delivered a written response to Russian security demands.

The secretary did not detail what was in the document, but said it was sent with President Biden’s blessing and that the president made personal edits and was intimately involved in its drafting.

How it was delivered: U.S. Ambassador to Russia, John Sullivan, delivered the document to Moscow, Blinken said in a briefing with reporters at the State Department.

What the U.S. said: Blinken said the written response to Russia “reiterates what we said publicly for many weeks and in a sense for many, many years,” rejecting the Kremlin’s demands that North Atlantic Treaty Organization (NATO) close its doors to future applicants, in particular Ukraine and other former Soviet Union countries, and Russian demands to limit how the U.S. military engages globally.

“We made clear that there are core principles that we are committed to uphold and defend, including Ukraine’s sovereignty and territorial integrity and the right of states to choose their own security arrangements and alliances,” Blinken said.

Open to discussions: The secretary added that the U.S. also reiterated its openness to discussions with Russia on a “reciprocal” basis to address the security concerns in Moscow, but also the concerns for Washington and its allies.

“The document delivered includes concerns of the United States, and our allies and partners about Russia’s actions that undermine security, a principled and pragmatic evaluation of the concerns that Russia has raised, and our own proposals for areas where we may be able to find common ground,” Blinken said.

“All told it sets out a serious diplomatic path forward, should Russia choose it.”

The Biden administration has stressed diplomacy with Russia even as the president and his top officials warn that Russian President Vladimir Putin is likely to order an aggressive attack against Ukraine in the coming weeks.

Russia has demanded for weeks that the U.S. respond in writing to a draft treaty it published in December calling for NATO to cease expansion and in particular certify that Ukraine would never join the alliance, along with other security demands specific to Washington.

The U.S. has rejected these demands and over a series of diplomatic meetings in Europe in January, has sought to enforce U.S. and European solidarity against Russia, while extending an offer of ongoing discussions to address steps both sides can take to increase security and stability on the continent.

The ball is in your court: Blinken said the delivered document puts the ball in Russia’s court to decide to continue diplomacy.

Yet the secretary underscored the administration’s steps to prepare for a Russian attack on Ukraine, coordinating closely with NATO allies, governments in Europe and the Ukrainian government to increase defensive military aid and economic assistance to Kyiv to offset the dangers of a Russian invasion.

“All told our actions over the past week have sharpened the choice facing Russia now,” the secretary said. 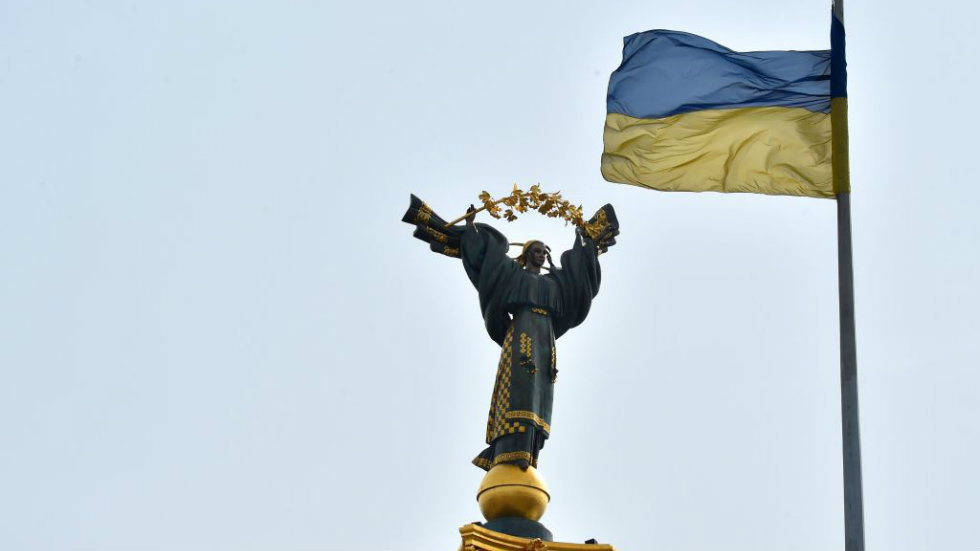 The U.S. Embassy in Kyiv on Wednesday urged Americans to consider leaving Ukraine amid rising tensions with Russia, following a similar advisory earlier this week.

“The security situation in Ukraine continues to be unpredictable due to the increased threat of Russian military action and can deteriorate with little notice. The U.S. Embassy urges U.S. citizens in Ukraine to consider departing now using commercial or other privately available transportation options,” the embassy said.

The embassy said it remained open and could offer repatriation loans to Americans who could not afford to fly out of the country.

Earlier: The message follows an advisory from the embassy earlier this week, in which it also urged Americans to consider leaving the country. The embassy noted that U.S. direct hire employees and eligible family members had been authorized to voluntarily depart the country by the State Department.

“There are reports Russia is planning significant military action against Ukraine. The security conditions, particularly along Ukraine’s borders, in Russia-occupied Crimea, and in Russia-controlled eastern Ukraine, are unpredictable and can deteriorate with little notice. Demonstrations, which have turned violent at times, regularly occur throughout Ukraine, including in Kyiv,” the embassy said at the time.

More coverage from The Hill:

The order follows the sweeping military justice reforms included in the 2022 National Defense Authorization Act (NDAA) that for the first time criminalizes the offense under the code.

“The Biden-Harris administration thanks Congress for the bipartisan commitment to pass monumental reforms to our military justice system,” White House press secretary Jen Psaki told reporters. “We also look forward to continuing to work with Congress to support the safety and dignity of our service members.”

Adding on: Among the military justice reforms included in the $768 million NDAA, Biden had 30 days from its enactment to codify sexual harassment as a standalone crime under the UCMJ and to amend the Manual for Courts-Martial to include the offense.

Further, it established that complaints of sexual harassment would be handled by independent investigators outside of the military chain of command.

A persistent problem: That military service reported receiving 1,781 sexual harassment complaints in fiscal 2020, according to a Pentagon report released in May, including 984 formal complaints, 765 informal complaints and 32 anonymous complaints.

Of the sexual harassment complaints, a total of 331 complaints involved nonconsensual distribution of private sexual images.

A memory honored: Psaki said the “historic addition” of sexual harassment honors the memory of Army Spc. Vanessa Guillén, who was killed in 2020 after being allegedly hit on the head inside an armory room at Fort Hood by Spec. Aaron Robinson.

A report released in April found that Guillén had been sexually harassed multiple times before her slaying, though not by Robinson. 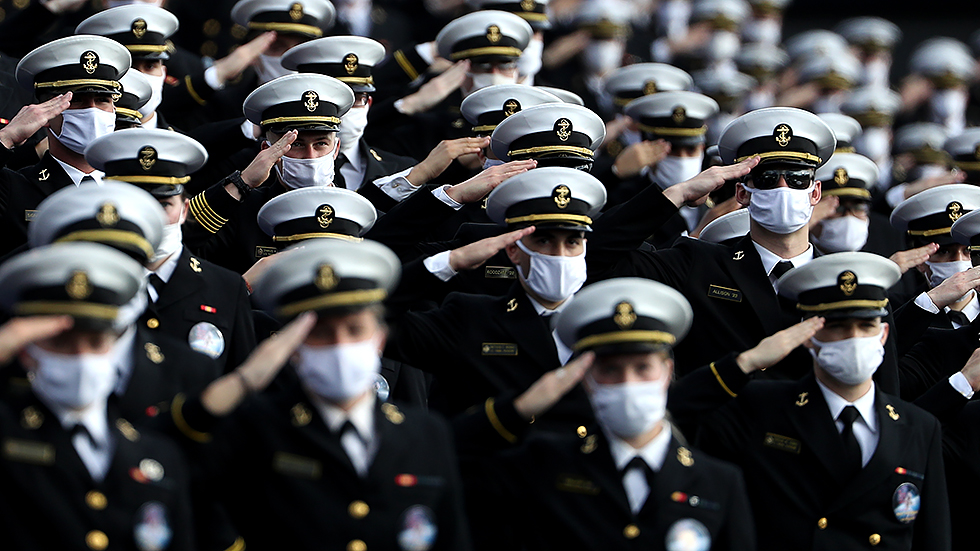 The Navy has kicked out 23 active-duty sailors who refused to get the COVID-19 vaccine, it announced Wednesday.

The 23 separated sailors were all discharged with “an honorable characterization of service” following the military branch’s Nov. 28 deadline for its personnel to get the shots, according to its weekly coronavirus update.

The Navy did not identify the 23 sailors or their ranks.

Growing numbers: The action brings the total number of vaccine-related removals to 45 after the Navy kicked out 22 sailors earlier this month.

Those service members had recently enlisted and were booted as part of “Entry Level Separations,” removals that take place during initial training periods within their first 180 days of active duty.

Seeking accommodation: The Pentagon in late August announced that the COVID-19 vaccine would be mandatory for all service members, with the individual branches to set their own deadlines.

Despite the mandate and the Navy’s long-passed deadline, there are 5,035 active-duty sailors who remain unvaccinated — down 78 since last week — 3,258 of whom have put in a request for religious accommodation.

Another 2,960 reserve sailors have not fully gotten their shots, 776 of whom are seeking a religious accommodation.

Read more on that here

That’s it for today! Check out The Hill’s defense and national security pages for latest coverage. See you on Thursday.