Officials from the U.S., Russia and larger global community publicly faced off at a U.N. Security Council meeting following weeks of intensive diplomacy aimed at pressuring Moscow to withdraw more than 100,000 troops positioned on Ukraine’s border.

More on what went down at the meeting, plus upcoming briefings on the situation stateside and the latest top Pentagon official to test positive for COVID-19.

For The Hill, I’m Ellen Mitchell. Write me with tips at emitchell@thehill.com

US, Russia face off over Ukraine 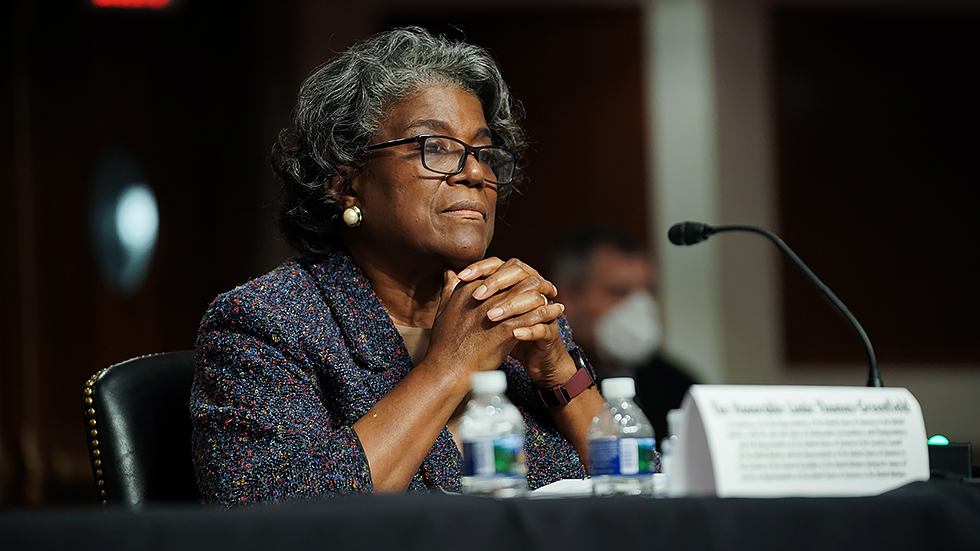 The U.S. on Monday sought to rally the international community to confront Russia’s military buildup on Ukraine’s border by labeling it a threat to global peace and security, drawing condemnation from Moscow that Washington is stoking hysteria.

“Russia’s actions strike at the very heart of the U.N. Charter. This is as clear and consequential a threat to peace and security as anyone can imagine,” the U.S. Ambassador to the United Nations, Linda Thomas-Greenfield, said in her remarks.

“This is the largest, hear me clearly, mobilization of troops in Europe in decades.”

Russia pushes back: Russian Ambassador Vasily Nebenzya vehemently dismissed arguments from the U.S., and accused Washington of “whipping up tensions and rhetoric and are provoking escalation.”

“You are almost calling for this, you want it to happen, you’re waiting for it to happen, as if you want to make your words become a reality,” Nebenzya said.

“I say to Russia simply this, your actions will speak for themselves and we hope and encourage that you make the right choices before this Council today,” she said.

Secretary of State Antony Blinken and Defense Secretary Lloyd Austin will lead a classified briefing for House members on Thursday about the ongoing tensions between Russia and Ukraine.

Who else will be there: Blinken and Austin will be joined by Director of National Intelligence Avril Haines and Joint Chiefs of Staff Chairman Gen. Mark Milley, according to a notice sent to members.

Officials from the departments of Treasury, Commerce and Homeland Security, as well as the United States Agency for International Development, will also participate, the notice said.

An earlier request: Speaker Nancy Pelosi (D-Calif.) requested the briefing last week, though her office didn’t provide further details of the request at the time.

Senators are also expected to receive a briefing from senior administration officials on Thursday, a Senate aide confirmed to The Hill on Sunday. 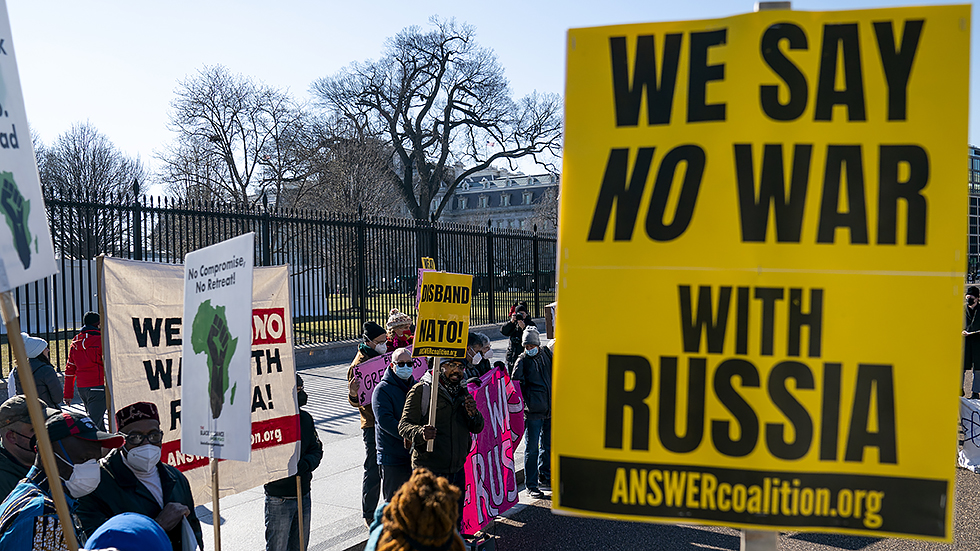 The White House is grappling with a U.S. population weary of foreign wars as it weighs a response to a potential Russian invasion of Ukraine.

With 100,000 Russian troops near the border of Ukraine, President Biden must work with European allies and balance diplomacy with force as he attempts to stave off a bloody incursion, all while keeping focus on a myriad of pressing stateside issues.

Biden also must consider domestic politics characterized by rare bipartisan support for a free Ukraine as well as a public hesitant to be caught up in another overseas conflict following the disastrous end to the 20-year war in Afghanistan.

A hesitancy: That hesitancy could significantly factor into what decisions Biden ultimately makes as he seeks to manage the unfolding crisis, according to experts.

“I do think there generally is an American disinterest in fighting another war,” said Robert McConnell, a co-founder of the nonprofit U.S.-Ukraine Foundation.

For example, only 31 percent of likely American voters said that they think U.S. forces should be sent to help if Russia attacks Ukraine, according to a poll from the conservative Rasmussen Reports released on Wednesday.

Defending its decisions: But the White House has staunchly pushed back on any scrutiny that the administration was hedging decisions based on political winds and other challenges.

The Pentagon has equally defended its response to the threat, with press secretary John Kirby on Thursday, pointing to the $200 million lethal aid package for Ukraine the administration approved in December.

Navy Secretary Carlos Del Toro on Monday announced that he has tested positive for COVID-19.

The details: Del Toro, who is vaccinated, said he tested positive on Monday morning and will work from home this week, according to a statement from his office.

He said he returned from official travel on Friday and had tested negative before he left on Jan. 21 and after the trip ended Friday.

Work from home: “I am following my physician’s instructions and will quarantine for the next five days at a minimum in accordance with CDC [Centers for Disease Control and Prevention] guidelines,” Del Toro said.

He added that he will attend key meetings and discussions virtually, and he delegated acting Navy Undersecretary Meredith Berger to represent him at in-person obligations.

“I am grateful to be fully vaccinated and to have received the booster shot in October as I know my symptoms could be far worse,” the 61-year-old secretary noted.

That’s it for today! Check out The Hill’s defense and national security pages for latest coverage. See you on Tuesday.