The Pentagon will send more U.S. troops and military equipment to Europe as Russia continues its violent and unprovoked attack on Ukraine, now in its 12th day.

We’ll have the details of where troops are being sent and an update on the conflict on the ground, plus what’s happening to the U.S. military’s fuel storage facility that leaked in Hawaii and the status of the Marine detained in Russia. 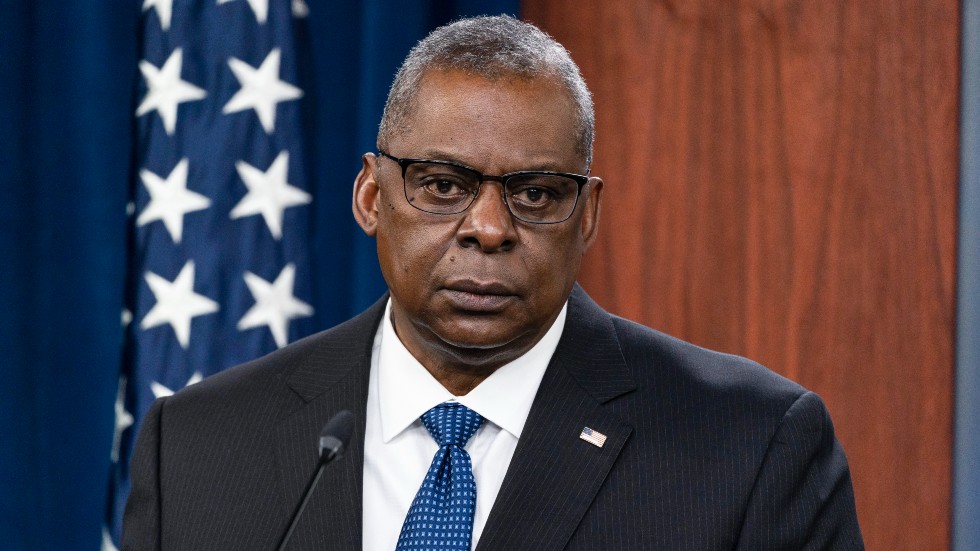 Defense Secretary Lloyd Austin over the weekend ordered roughly 500 additional troops to Poland, Romania and Germany “to respond to the current security environment in light of Russia’s renewed aggression against Ukraine” and to bolster NATO’s eastern flank, a senior defense official said Monday.

The official stressed President Biden’s assertion that no American troops will be sent to Ukraine and that the additional forces are “enablers” going to NATO allies “to shore up capabilities that are already there.”

Also going: As part of the new deployment, KC-135 refueling aircraft will be sent to Greece, though it was unclear how many aircraft would be sent or where they would come from.

Additionally, an air support operation center will be deployed to Poland and Romania, and an ordinance company and a maintenance company will be sent to Germany for “additional logistic support to the 1st Armored Brigade Combat Team, 3rd Infantry Division” already deployed there, the official said.

The numbers now: The U.S. military now has about 100,000 personnel stationed in Europe on either a rotational or a permanent basis as Russia’s violent incursion into Ukraine comes up on its two-week mark.

‘Enablers’: The Biden administration has emphatically rejected the idea of sending U.S. forces to help Ukraine battle the Kremlin, with the thinking that such a move would set off another world war. But as the violence threatens to spill over into neighboring NATO countries, the U.S. has deployed or repositioned more than 15,000 American soldiers and airmen to Germany, Poland, Romania and Lithuania.

Austin decided to send the extra 500 troops and military equipment after conversations he had with Joint Chiefs of Staff Chairman Gen. Mark Milley and U.S. European Command head Gen. Tod Wolters “that these additional enablers would be useful for the forces that are already forward as well as those that were being repositioned inside Europe,” the official said. 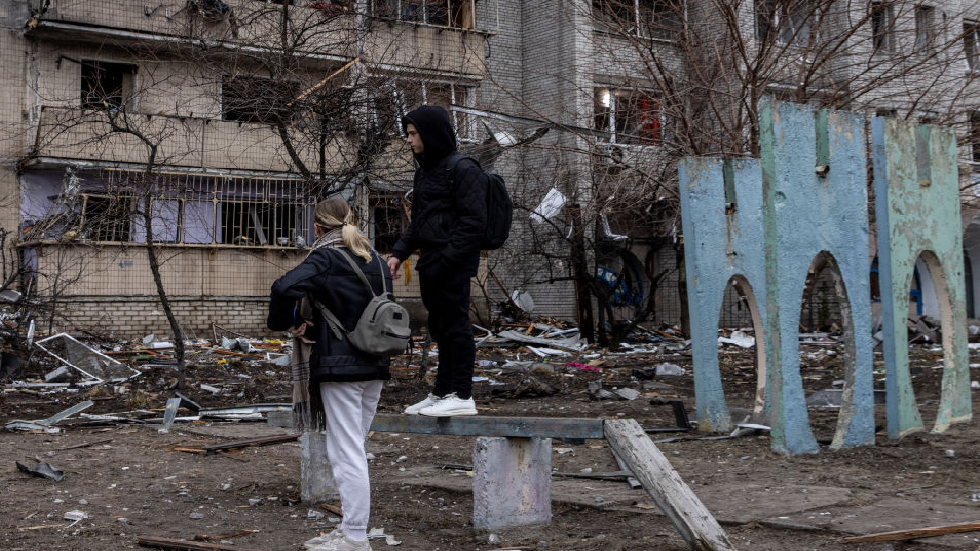 The United States has “not seen indications” that Russia is preparing to move additional forces into Ukraine beyond what the Kremlin amassed near the border prior to the invasion, a senior defense official said Monday.

Russia has sent into Ukraine “nearly 100 percent” of the more than 150,000 troops and equipment placed near its borders in Russia and Belarus. But beyond that, Washington has “not seen indications that they are preparing to move additional battalion tactical groups from elsewhere in the country to shore up what they’ve put into Ukraine,” the official told reporters.

“We have not seen any indication that [Russian President Vladimir Putin] is going to go beyond the amassed combat power that he had already developed.”

Why it’s significant: The findings are noteworthy as they could indicate an unwillingness to sacrifice more Russian troops in the conflict, which has seen the Kremlin bogged down with supply issues and fierce opposition from Ukrainian forces.

That line of thinking is further bolstered by Russia’s move to recruit Syrian fighters to help in the fight, a development first reported Sunday by The Wall Street Journal and confirmed by the official on Monday.

The U.S. military is “not seeing a lot of progress” by Russian forces, who “continue to be frustrated by a stiff Ukrainian resistance, as well as their own internal challenges,” the official said.

Strikes pick up: Russia is, however, “increasing bombardments” of major Ukrainian cities including Kyiv, Kharkiv, Chernihiv, Mykolaiv and the southern port of Mariupol, and has launched more than 625 missiles against Ukraine since the incursion started 12 days ago.

“We certainly have noticed increases in what we call long-range fires … bombardment, rocket attacks, artillery, as well as missile strikes, and we do assess that these strikes are hitting civilian targets, civilian infrastructure, residential areas,” the official said.

The strikes are “happening on a greater rate and a greater scale,” likely to “supplement or to make up for the lack of ground movements that they have had and the lack of air superiority that they don’t enjoy.” 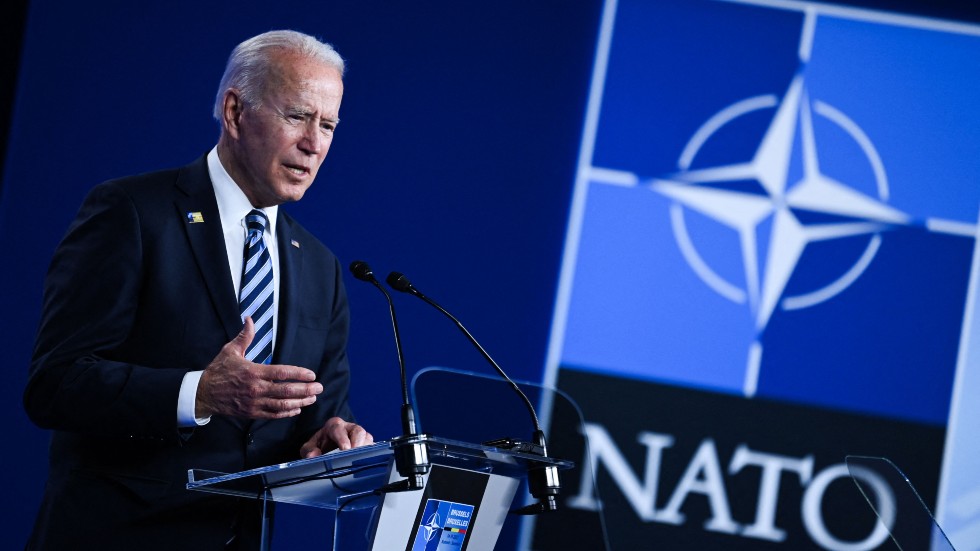 Russian President Vladimir Putin’s increased aerial bombardment of civilian areas in Ukraine has triggered allegations of war crimes and raised pressure on the West to take more direct action to save lives.

President Biden has yet to publicly reject a no-fly zone, but U.S. officials have said the measure is a non-starter to avoid open military conflict between the West and Russia.

But some experts and lawmakers warn that such declarations might embolden Putin to further carry out atrocities by drawing a line on the steps the U.S. and its allies are willing to take.

“I don’t want to telegraph to Putin ahead of time what we want to do, especially because we know he’s capable of practically anything and we are trying to deter him from further horrific action, from cutting off future options for Ukraine, assistance to Ukraine or our defense of NATO,” she said.

Attacks worsening: The Biden administration, Ukrainian officials and NATO have all said there are credible reports that Russia has dropped so-called cluster and vacuum bombs on targets in Ukraine. They say the munitions likely violate international law for causing wide-scale damage and death.

Yet despite the indiscriminate aerial attacks, Biden administration officials and NATO’s secretary-general have seemed to explicitly rule out the idea of a no-fly zone with comments over the past week. 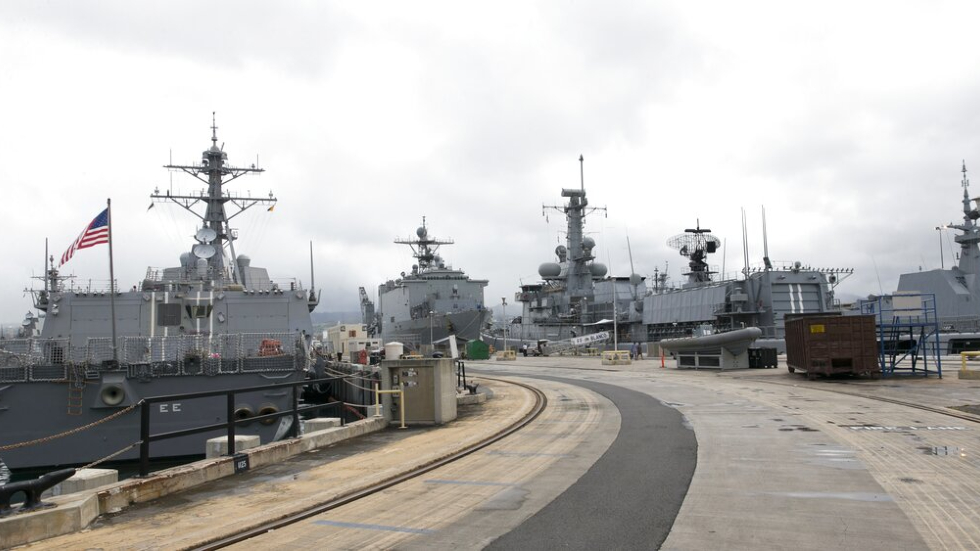 “After close consultation with senior civilian and military leaders, I have decided to defuel and permanently close the Red Hill bulk fuel storage facility in Hawaii,” Austin said in a statement released Monday.

Austin said the effort will be a “multi-step process,” during which the Defense Department will work closely with the Hawaii Department of Health and with the Environmental Protection Agency (EPA).

Some previous tension: The directive caps a somewhat contentious back and forth between defense officials and Hawaii’s government leaders after fuel leaked from tanks at the storage facility in November and contaminated Pearl Harbor’s drinking water, sickening nearly 6,000 people, most of whom lived in military housing.

The aging tanks had been built during World War II and were used to store fuel for ships and aircraft to be refueled at Pearl Harbor.

Hawaii officials quickly issued an emergency order for the Navy to drain the fuel tanks and not use them again until it can prove it can do so safely. The service initially said it would comply but then in February decided to fight the directive, angering state leaders.

How long will it take?: Austin’s decision on Monday is based on a “thorough review of the facility’s long-term future,” Kirby said, adding the defueling “will probably take somewhere within 12 months or so” to fully drain and close it.

Department of Defense (DOD) leaders “remain very, very focused on this issue and the impact it’s had on families, communities, and of course, our responsibilities in both national security and being good stewards of our resources and the environment,” Kirby said.

Where will the fuel go?: The Navy will now work to defuel Red Hill and reposition the fuel to locations on land and fueling ships based at sea. Kirby said the move will better disperse fuel which will allow the U.S. military “to meet future challenges in the Pacific region while ensuring environmental stewardship and protecting the population.” 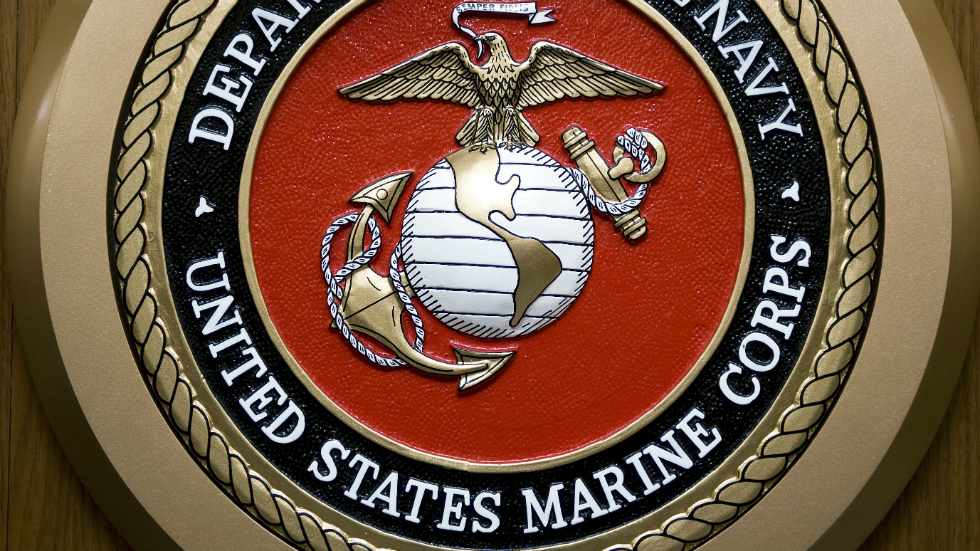 Relatives of Trevor Reed, a U.S. Marine detained in Russia, say they plan to stage a demonstration outside the location of President Biden’s upcoming address in Fort Worth, Texas on Tuesday after the White House declined a meeting with them during the trip.

Trevor Reed’s father, Joey Reed, told The Hill in an interview that the White House cited schedule constraints in declining the meeting. President Biden is slated to travel to Fort Worth to visit the local Veterans Affairs facility and discuss expanding health care access for veterans affected by burn pit exposures.

An ‘act of desperation’: Reed’s parents, Joey and Paula Reed, and his sister, Taylor Reed, are expected to demonstrate to raise awareness about his case on Tuesday morning instead, according to a spokesman for the family.

Joey Reed said the demonstration is an “act of desperation.”

“We desperately want to meet with our president who we voted for,” he told The Hill in an interview Monday. “Our family are centrists.”

“We just think that it would benefit everyone if we could just speak to him for a few minutes,” he said.

Some background: Trevor Reed, a Texas native, was detained in Russia in 2019 on charges of assaulting a police officer during a drunken incident. He was sentenced to nine years in prison in July 2020. Reed says he does not remember the incident and his family believes that Russia jailed him in hopes of using him as a pawn in a larger fight with the U.S.

During his service in the Marines, Reed served as a presidential guard at Camp David during the Obama administration.

The U.S. has called Reed’s detention unjust and has been working to secure his release, to no avail. His family now has concerns that the recent Russian invasion of Ukraine could negatively impact his case given the break in U.S.-Russian relations.

That’s it for today! Check out The Hill’s defense and national security pages for the latest coverage. See you Tuesday.