Hundreds of bus stops in Utrecht, Netherlands, have been covered in plants over the past few months in an effort to improve the community’s biodiversity and air quality.

Matthijs Keuning, a spokesman for Jan Hendrikus Cornelis van Zanen, the mayor of Utrecht, told The Hill that 316 bus stops in the city have been covered in sedum plants over the past few months as part of the effort. And on the town’s 96 other bus stops, solar panels have also been installed.

Keuning said the effort came about through the town’s tender program for local businesses.

Every ten years, the local government is required to invite bids from local businesses for large projects in which they can use all of the advertisement space in the town’s public areas, if selected.

And this year, RBL Outdoor, a local advertising company, was selected because they met all the requirements and served the city’s wishes the best for the lowest price, Keuning said.

Though there is no custom for the town to have a theme surrounding the tender, Keuning said that as sustainability has become more of a focus, local officials thought it would be fitting that this year’s tender focused on sustainability.

“We don’t really have a theme, but sustainability has become a focus more and more over the last few years in everything we do, so also in this case,” Keuning said.

As a result, RBL Outdoor was able to transform roughly 75 percent of the town’s bus stops into a haven for bees and other insects.

Jerry Ramaekers, the CEO and director of RBL Outdoor, told The Hill that it was an “important part” of the company’s vision for the project to plant sedum plants to make the stops “more bee-friendly” as the species’ population faces declines across the globe. Just recently, the Trump administration moved to scale back research on bee populations, a move that has prompted alarm among many Democrats and environmentalists. 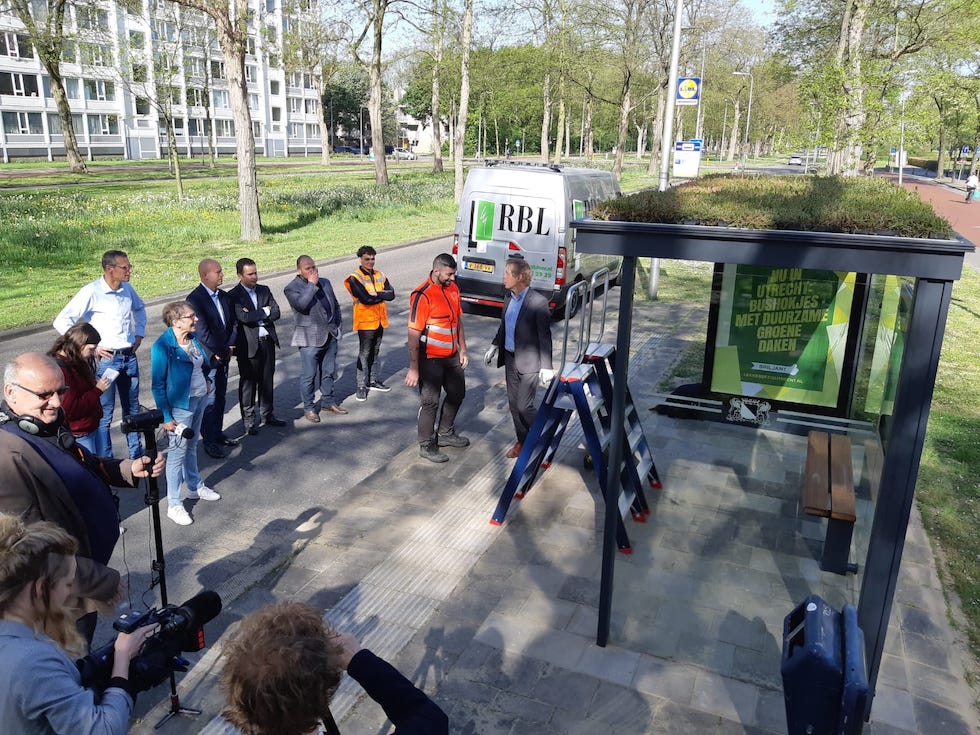 Ramaekers said that the plants also have several other environmental benefits.

In conjunction with the new bus stop designs, Keuning said the city has also been making a number of other efforts to boost sustainability in Utrecht and “make it a nice place to live in and be good for the environment.”

“We try to build circular with renewable materials, we have subsidies for people who replace tiles in their garden [with] grass or plants and we want to make as much green public space as possible when planning new housing developments,” he said.

“Also, in the maintenance of our parks and roadsides we mow ecologically to protect flora and fauna,” he added.

Gas prices could drop below $3 by Christmas

Smart meter monitoring can help conserve water — but not without a fight, researchers find

GOP rivals walk high-wire when it comes to criticizing Trump