ARLINGTON, Iowa – President Trump faces an uphill battle in his effort to win back Iowa farmers who have been hit hard by his trade and energy policies.

After months of promises, a betrayal, and then a renewed vow to revise a federal ethanol program, the Trump administration last week unveiled its proposal for ensuring corn-based ethanol gets blended into the nation’s fuel supply.

{mosads}The proposal earned high praise from corn and ethanol groups that spent months pressuring the White House for a more favorable policy. But farmers here say they are still angry at Trump for destabilizing agriculture markets, a move they say cost some farms hundreds of thousands of dollars.

“President Trump has irritated me and cost me so much money with all of these policies,” said Tim Burrack, who farms 2,000 aces near Arlington, population 402. “This is not what we signed up for when we voted Trump in.”

Last week’s announcement was designed to appease farmers like Burrack who have been fuming for months after the Environmental Protection Agency (EPA) in August exempted 31 small refineries from adding the biofuel to their product — an order that came directly from Trump. 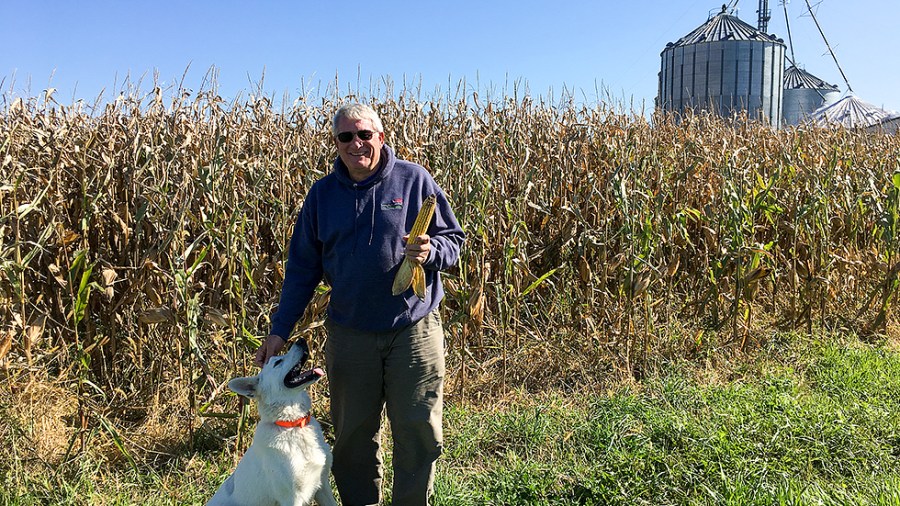 The August news was a catalyzing moment for Iowa farmers, who were promised by Trump just two months earlier that he would reevaluate the waivers — something farmers hoped would stem the tide of waivers that had increased under the Trump administration.

The exemptions were viewed as betrayal in the corn belt, prompting a backlash among farmers, though perhaps none were as vocal as those in Iowa, who were not shy about exerting political pressure in a crucial 2020 state.

At a press conference later that month, numerous corn farmers said that while they voted for Trump in 2016, they were unsure if they would do so again.

{mossecondads}Trump’s trade wars drove down profits from corn and soybeans, they said, and then the waivers diminished demand for ethanol and biodiesel.

Trump is now trying to blunt that damage, telling reporters Monday, “They should like me out in Iowa.”

But there’s a divide between the trade groups and farmers on the ground.

Many Iowa farmers say Trump’s proposal from last week is short on details of how it will ensure larger refineries blend in the ethanol others were exempted from adding — something the EPA has failed to do in the past.

The new thresholds also won’t kick in until next year, meaning they won’t undo the 31 waivers affecting 1.4 billion gallons of ethanol.

Things were differing during the Obama years on the waiver front.

The Trump administration has given 85 waivers to small refineries since January 2017, while the Obama administration gave out under 10 such waivers over eight years.

When Sen. Amy Klobuchar (D-Minn.) made a presidential campaign stop at an Iowa biodiesel plant the day Trump made his announcement, she slammed the proposal as “too little too late.”

James Broghammer, CEO of Homeland Energy Solutions, shared half of that sentiment.

Trump’s proposal in many ways mirrors a rule already on the books from the George W. Bush administration. It calls for blending a minimum of 15 billion gallons of ethanol into fuel annually, one of the escalating targets laid out in current law that has never been met.

“We’re just resetting the table,” said Broghammer, adding that while he hopes to see the law enforced, he wishes Trump would have laid out a more ambitious goal.

Like many others, his plant has lost money this year. But he’s weathering the storm.

At least 15 ethanol plants have closed nationwide, according to the Des Moines Register.

“I don’t think [Trump] is going to win the farm vote this year, I really don’t,” said Jeff Samuelson, whose family farm is near Tipton, Iowa. “This gets pretty personal when this affects our bottom line.”

That number is even higher for Burrack, who says he’s lost about $265,000 between the effects of the trade war with China and the refinery waivers.

“I had to borrow a lot of money to keep going,” Burrack said. “That was a horrible, horrible thing I had to do.”

Payouts to farmers from the administration were meant to soften some of the financial blow of the trade war, but Burrack said they are a fraction of what he would normally earn.

Trump’s ethanol proposal also requires the EPA to ensure the same number of gallons of ethanol is blended into fuel, regardless of how many waivers are granted.

But that’s already required under law, and critics say there’s little to assure farmers that this time around will be different, particularly in an administration known for reversing major policy decisions.

“Iowans should be careful about taking another [renewable fuel standard] promise at face value. It is very much in question whether this gets done by 2020,” Tim Gannon, an Iowa farmer and former USDA official, said in an email to The Hill.

“Every time the president makes a promise on the RFS, his EPA administrator manages to roll it back for Big Oil, and a lot of the important details will be determined by EPA,” he said, referring to the renewable fuel standard. “The question now is: Will this time be any different?”

The proposal still has to go through a public comment period, and the fossil fuel industry has made clear they aim to sway the president.

“Next week [Trump will] talk to the oil people and give them what they want, I’m afraid. His track record isn’t good,” Samuelson said.

Even with all the skepticism, some say it’s important to recognize Trump’s efforts to fix a problem of his own making.

“If you make him mad, you don’t have access,” Burrack said. “Once you get your door closed, it’s hard to get back in. Most of these organizations still need his help. And now that he’s finally done something positive, we’re going to praise him, because they may need to continue to go in to make sure that what he said was going to happen, will happen.”

Still, Burrack said, it’s taken too long to get here.

by ANTHONY IZAGUIRRE, Associated Press 1 day ago
Energy & Environment  /  1 day ago
See All