TRUMP TAPS NOMINEE FOR ENERGY REGULATOR: The Trump administration will nominate Bernard McNamee, head of the Department of Energy’s Office of Policy, to fill the opening on the Federal Energy Regulatory Commission, Politico reports. McNamee, whose role at DOE included advising Energy Secretary Rick Perry on energy issues, will replace departing Commissioner Robert Powelson, who in June announced his resignation to head the National Association of Water Companies.

At DOE, McNamee was responsible for pushing the importance of various energy industries, including strongly supporting fossil fuels.

In an April Op-ed for The Hill, McNamee wrote, “We have been told that fossil fuels are wrecking the environment and our health. The facts are that life expectancy, population and economic growth all began to increase dramatically when fossil fuels were harnessed — and have continued to do so for the 200 years since the beginning of the Industrial Revolution.”

McNamee was also a part of the DOE’s unsuccessful attempt to bail out the coal and nuclear industries that was unanimously rejected by FERC in January as not legally defensible.

The White House did not return a request for comment. 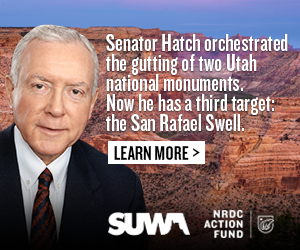 Happy Wednesday! Welcome to Overnight Energy, The Hill’s roundup of the latest energy and environment news.

Emails obtained through a Freedom of Information Act request by the Union of Concerned Scientists show that EPA’s director of OSA was self admittedly completely out of the loop as EPA worked to devise the new rule that aimed to limit the types of science used when writing agency regulations.

In an April 24 email, Tom Sinks wrote, “Even though OSA [the Office of Science Advisor] and I have not participated in the development of this document and I just this moment obtained it (have yet to read it), I am listed as the point of contact.”

An EPA spokesperson said in a statement that the agency “received input from a number of stakeholders and utilized the intra and interagency process to ensure a robust proposal was put forward.”

The rule more formally is known as the “Strengthening Transparency in Regulatory Science,” and was introduced to the federal register in April.

It met almost immediate resistance from the science community that argued that it would exclude a number of peer reviewed scientific studies related to public health because many of them would not be able to share the details of the patients studied. Critics feared, the rule would place more reliance on industry-produced studies that might reaffirm arguments that certain chemicals or emissions had little harmful side effects on human health or the environment.

In June a group of 103 lawmakers signed a letter sent to Pruitt calling on him to reverse course on the rulemaking.

“Contrary to its name, the proposed rule would implement an opaque process allowing EPA to selectively suppress scientific evidence without accountability and in the process undermine bedrock environmental laws,” the lawmakers wrote.

On Wednesday, the Senate’s Environment and Public Works committee held a hearing to discuss the merits and disadvantages posed by the new rule.

“This is deja vu all over again,” he said.

EPA confirmed to the Hill last week that it is reorganizing a number of offices within ORD including merging the Office of the Science Advisor with the Office of Science Policy, a move that critics fear would diminish the role of the scientists there.

A draft proposal on heat-trapping chemicals known as hydrofluorocarbons, or HFCs, that was released Tuesday by the Environmental Protection Agency (EPA) does not include language the Obama administration had previously used pointing out how children could be affected by global warming.

“Certain populations and life stages, including children, the elderly, and the poor, are most vulnerable to climate-related health effects,” the since-removed portion read in part.

The language change was first reported by E&E News.

EPA officials announced the new rule in mid-September, though the specific text of the change wasn’t available online until this week.

The rule would do away with an Obama-era regulation that restricts HFCs, a known greenhouse gas that can contribute to ozone depletion, from being used as a refrigerant in household appliances.

The 2016 regulation would have phased out the use of the gas in appliances. The chemical is frequently used as a refrigerant substitute in air conditioners and refrigerators.

The EPA said the new rule is based off the agency’s own determination that the previous rule “exceeded its statutory authority” by extending a refrigerant management requirement meant for ozone depleting substitutes to the gas.

The text of the new rule also notes that the EPA did not study the effects of the rule change on children. 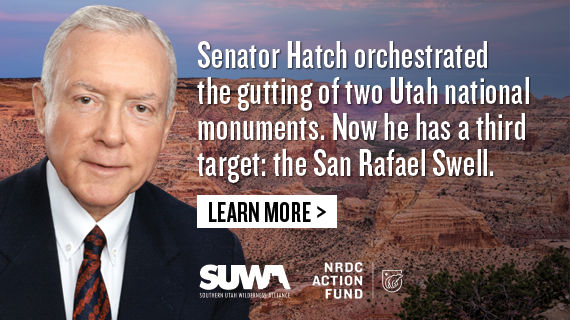 -To honor an elephant, Indian temples are going plastic-free

IN CASE YOU MISSED IT:

-Restaurants in Austin banned from throwing away food

Energy & Environment — What can the EPA still do on power plants?