Today we’re looking at moves to phase down the use of greenhouse gases called hydrofluorocarbons, a preliminary report form FERC and NERC on the Texas power outages from earlier this year and Interior Secretary Deb Haaland’s latest remarks on public lands drilling. 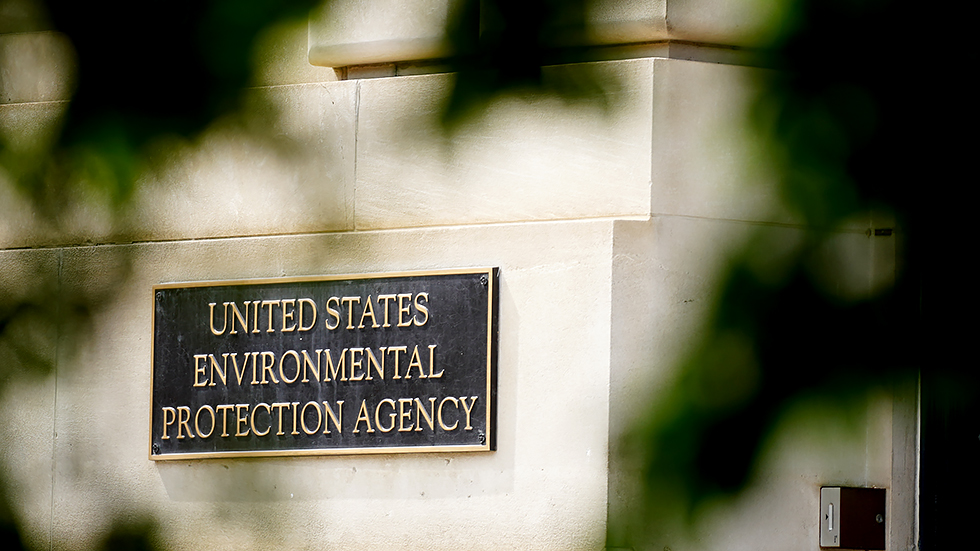 The Environmental Protection Agency (EPA) on Thursday is finalizing a rule aimed at significantly cutting the use of a type of greenhouse gases called hydrofluorocarbons that are used in refrigeration.

Hydrofluorocarbons, also known as HFCs, can have up to 14,800 times the climate impact of carbon dioxide.

The new EPA rule, first proposed in May, aims to reduce their use by 85 percent compared to a baseline number over the next 15 years.

What’s a hydrofluorocarbon? HFCs can be used in air conditioning, refrigeration, fire suppression and aerosols.

As of 2018, they accounted for about 1.5 percent of the world’s emissions that contribute to climate change.

And how will they be cut exactly? Under the EPA’s rule, the amount of HFCs that can be produced or consumed will be capped.

The federal government will distribute tradable allowances to companies that set how much of the substance they can use.

Is the government doing anything else to prevent a black market? As part of the prevention, the EPA will partner with Customs and Border Protection (CBP) and Immigration and Customs Enforcement (ICE) to enforce the phase down.

The law enforcement agencies will specifically create a certification system to track HFC movement and create consequences such as revoking allowances.

Some domestic politics… The rule to phase down HFCs was required by Congress after it passed a measure requiring the phase down as part of a bipartisan energy bill late last year.

Congress directed the EPA to phase down HFC use after the idea was promoted by a bipartisan duo: Sens. Tom Carper (D-Del.) and John Kennedy (R-La.). While it had some Republican opposition, it was ultimately included after the lawmakers reached a compromise with Sen. John Barrasso (R-Wyo.).

…and some international politics. In a new fact sheet announcing the rule, the White House said that its measures are in line with the Kigali Amendment to the Montreal Protocol, an international agreement to phase down the use of HFCs.

If it’s implemented worldwide, the Kigali Amendment could prevent up to 0.5 degrees Celsius of increased global warming by the end of the century.

Read more about the moves on HFCs here. 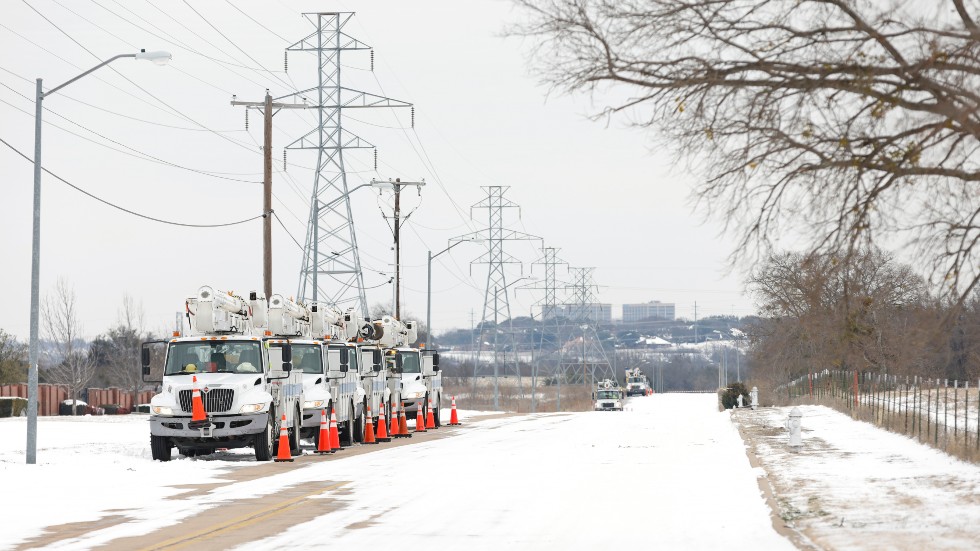 While some politicians sought to blame renewable energy for deadly power disruptions in February, a new report from two key agencies shows that natural gas was also a major factor.

The new preliminary report found that of the 1,045 generators that experienced outages, reductions or failures to start, 604 of them  — or nearly 58 percent — were natural gas units.

Natural gas also made up about 55 percent of the actual power that had unplanned disruptions, while 22 percent was wind and 18 percent was coal.

A caveat: Natural gas is also the biggest source of electric power in Texas, making up more generation as of June than coal, renewables and nuclear combined.

“Our wind and our solar got shut down,” he told Fox News at the time. “That thrust Texas into a situation where it was lacking power on a statewide basis. … It just shows that fossil fuel is necessary.”

The recommendations followed a 2011 report from the two agencies, which similarly found at the time  that companies “failed to adequately prepare for winter,” that year.

A MESSAGE FROM THE LEAGUE OF CONSERVATION VOTERS

We’re calling on Congress to pass the climate test — and only support a reconciliation package with real climate action that cuts climate pollution in half by 2030. Read LCV’s letter now.

Haaland calls for ‘balance’ in federal oil and gas program 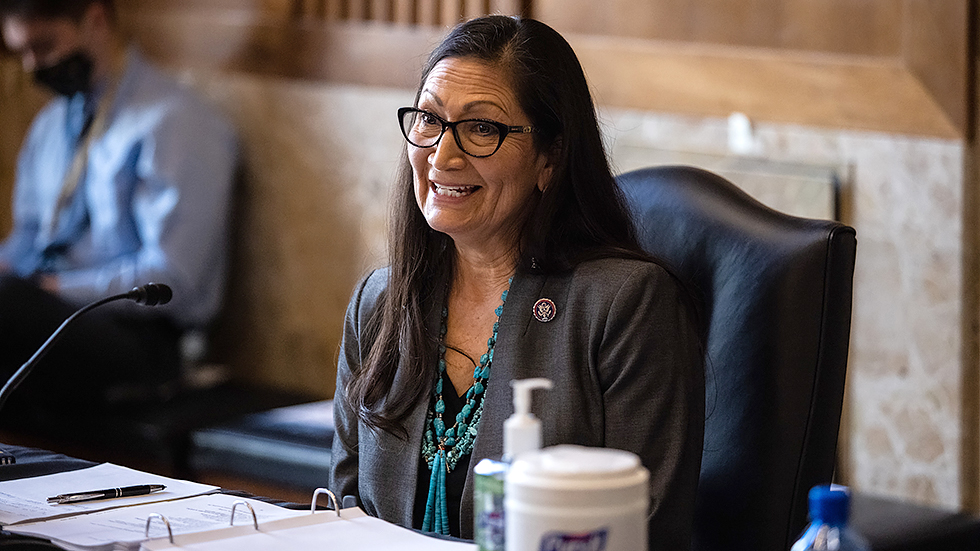 Interior Secretary Deb Haaland on Thursday said that she wants to see “balance” brought to oil and gas leasing and permitting as her department wraps up a review of these programs.

“We need a balanced approach to this issue,” she told reporters. “We knew that our public lands emit 25 percent of the carbon into the atmosphere. There’s an imbalance there.”

Between 2005 and 2014 emissions from fossil fuels produced on federal lands have accounted for — on average —  nearly a quarter of the country’s carbon dioxide emissions, according to the U.S. Geological Survey.

“We’re moving clean energy forward on our public lands, right? And that’s the kind of balance I’m talking about. It’s also about thinking about where we are in this climate catastrophe,” she said.

Read more about her comments on oil and gas here.

​​DOES FRAMEWORK MAKE THE DREAM WORK?

Senate Majority Leader Charles Schumer (D-N.Y.) on Thursday morning announced that the Senate, House and White House have reached a deal on a “framework” to pay for the massive human infrastructure spending package they hope to pass this fall under budget reconciliation.

“The White House, the House and the Senate have reached an agreement on a framework that will pay for any final negotiated agreement. So the revenue side of this, we have an agreement on,” Schumer announced at a joint press conference with Speaker Nancy Pelosi (D-Calif.) and Treasury Secretary Janet Yellen.

Schumer briefed reporters on the details of the agreement after the press conference.

“We had a meeting with Secretary Yellen and White House people,” he said. “And we reached an agreement on a framework, menu of options that will pay for any final negotiated agreement.”

Pelosi called it “an agreement on how we can consider, go forward in a way to pay for this.”

The deal does not include a top-line revenue number or a top-line spending number, said a senior Democratic aide familiar with the agreement.

The aide explained it’s an understanding between Senate Finance Committee Chairman Ron Wyden (D-Ore.) and House Ways and Means Committee Chairman Richard Neal (D-Mass.) about what revenue-raising proposals are on the table for the upcoming negotiations.

Wyden and Neal will use the House Ways and Means Committee’s tax proposal combined with a few “Senate ideas” that were left out of Neal’s bill, which his committee passed last week.

A federal watchdog called on Congress to consider amending a key nuclear waste statute to address storage issues in a report published Thursday.

In the report, the Government Accountability Office (GAO) noted that 75 commercial reactor sites have produced about 86,000 tons of nuclear waste. Until 2010, these byproducts were stored at Yucca Mountain, but the path forward for storage has been unclear since the end of its licensing.

Since the government ended its use of Yucca Mountain for storage, it has largely managed commercial nuclear waste on an ad hoc basis. Experts consulted by GAO said a standardized, integrated system is necessary, which cannot be established without congressional authorization.

The Energy Department began drafting such a process in 2015 but has yet to finalize it. The draft program design largely aligns with what experts told the watchdog was necessary for such a process.

Based on interviews with experts, GAO recommended that Congress amend the Nuclear Waste Policy Act (NWPA) to allow the Energy Department to create a new storage siting process. Lawmakers should also restructure the Nuclear Waste Fund to make sure the process is reliably funded, the watchdog stated.

A MESSAGE FROM THE LEAGUE OF CONSERVATION VOTERS

We’re calling on Congress to pass the climate test — and only support a reconciliation package with real climate action that cuts climate pollution in half by 2030. Read LCV’s letter now.

Secretary of State Antony Blinken in a Thursday speech to the United Nations Security Council said climate change is contributing to numerous global challenges, and is worsening the security of countries like Syria, Yemen, Sudan and Ethiopia.

“Look at almost every place where you see threats to international peace and security today – and you’ll find that climate change is making things less peaceful, less secure, and rendering our response even more challenging. That’s the story of Syria, Mali, Yemen, South Sudan, Ethiopia, many other places beset by strife,” he said.

Read more about what he had to say here.