Today we’re looking at House passage of the sweeping climate and social spending bill, the Senate’s confirmation of Charles Sams to lead the National Park Service and upcoming protections for the Tongass Forest. 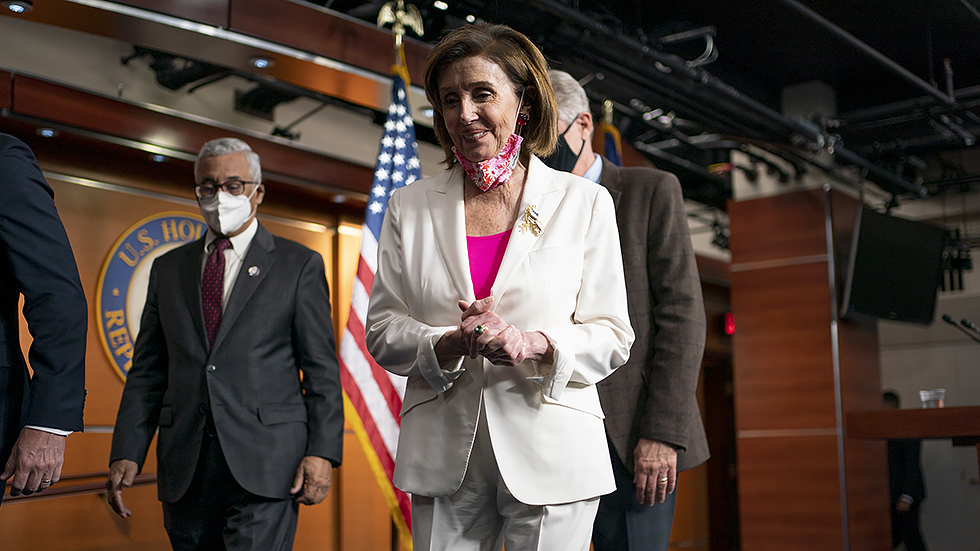 House Democrats on Friday passed their mammoth climate and social spending plan in a 220-213 vote, securing a major victory for the party ahead of the Thanksgiving break and providing a boost to President Biden at a tumultuous moment for his administration.

The vote came a half-day later than scheduled, a delay caused by House Minority Leader Kevin McCarthy (R-Calif.), who had commandeered the floor Thursday night for more than eight hours with a speech protesting legislation he warned would send the country into an economic tailspin.

Now that the legislation has passed the House — it heads to the Senate, where it faces a somewhat uncertain future, as Democrats in that chamber can’t afford to lose a single vote.

So let’s recap the past 24 hours: With McCarthy refusing to cede the floor, Democratic leaders scrapped their plan to vote Thursday night, reconvened the chamber Friday morning and passed the roughly $2 trillion bill on a near party-line vote. Rep. Jared Golden, a Democratic centrist from Maine, was the only lawmaker to cross the aisle, joining every Republican in opposing the package.

To advance the bill required most of Golden’s centrist colleagues, wary of the country’s growing debt, to provide their support despite a last-minute cost analysis revealing the package would add roughly $160 billion to the deficit over the next decade.

Enjoy this finance policy interlude: That Congressional Budget Office (CBO) assessment, released Thursday evening, flew in the face of Biden’s promise that the legislation would be fully paid for. It has sparked some debate — and plenty of confusion — over how much the bill will cost overall.

The CBO found that, in total, the package allocates $1.64 trillion in new federal spending over 10 years. But unlike the White House, the budget office does not include the tax credits as part of that top-line number. If those credits are added to the CBO’s spending tally, the figure would jump into the $2.4 trillion range — well above Biden’s initial $1.75 trillion framework.

“What I saw is that if you take Treasury estimates on the IRS provision, we end up with a surplus,” said Rep. Stephanie Murphy (D-Fla.), a co-chair of the moderate Blue Dog Coalition. “And I have received sufficient information to understand how Treasury gets to their estimate, because they’re the ones that implement the IRS provisions.”

And what’s next: The bill is now in the hands of the Senate, where key swing vote Sen. Joe Manchin (D-W.Va.) is continuing to raise concerns. Earlier this week, he objected to a specific electric vehicle tax credit provision that provides an extra $4,500 for union-built vehicles.

In the past, he also expressed opposition to a fee on the oil and gas industry for methane emissions, which has since been changed to also include incentives. It’s not clear whether he’ll ultimately support the revamped measure. 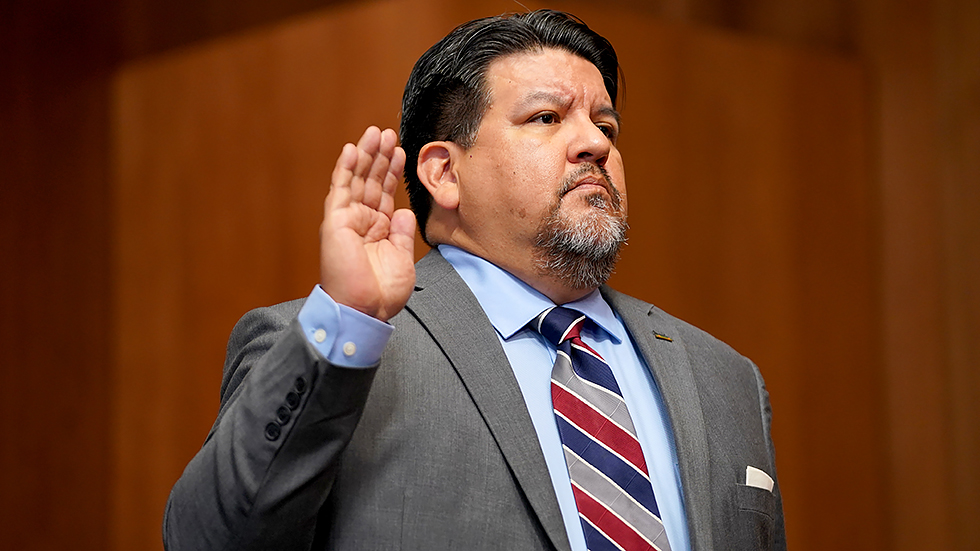 Sams most recently served on the Northwest Power and Conservation Council. He is an enrolled member of the Cayuse and Walla Walla of the Confederated Tribes of the Umatilla Indian Reservation and the first Native American to lead the National Park Service.

He was confirmed by a voice vote, which signifies that a nominee is noncontroversial.

The story so far: His confirmation comes after the agency was led for years by acting heads under the Trump administration.

The NPS saw four acting directors during the Trump administration. Sams marks the first Senate confirmation of a director since 2009, when it confirmed Jonathan Jarvis. Jarvis remained in his position for the remainder of the Obama administration, departing in January 2017.

Wyden offers words of praise: “Chuck Sams is the right nominee to lead the National Park Service as it addresses these challenges. I know Chuck. He is hardworking. He is committed,” Sen. Ron Wyden (D-Ore.), who had asked the Senate to pass Sams’s nomination by unanimous consent, said Thursday night.

“Chuck is a role model in the stewardship of American land and waters, wildlife and history. And now thanks to the Senate’s unanimous decision to confirm his nomination, Congress and park-goers will have someone steady and experienced to rely on in the years ahead,” Wyden added.

Read more about the confirmation here. 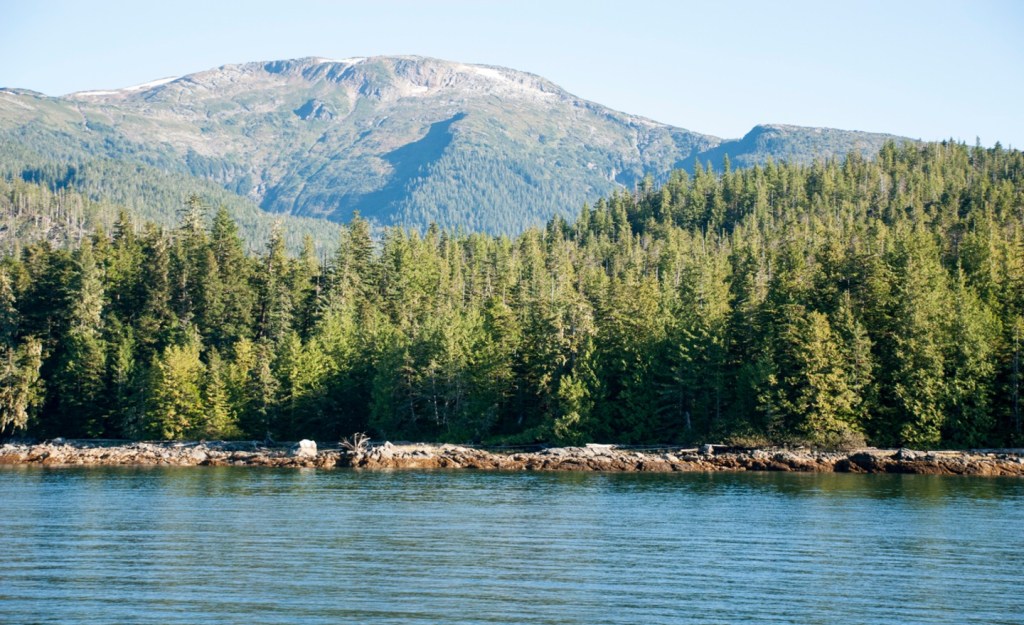 The Biden administration will soon propose restoring protections to more than 9 million acres of Tongass National Forest in Alaska that were rolled back by the Trump administration.

The Agriculture Department, which oversees the U.S. Forest Service, announced late Thursday that “early next week” it will propose repealing the Trump-era rule, which would once again block logging in the area.

The protections for large swaths of the roughly 17 million acre Tongass National Forest were first put in place in 2001 by the Clinton administration through the promulgation of a rule known as the “Roadless Rule,” which prevented logging a total of over 58 million acres across various Forest Service lands.

But that’s not where the story starts: But whether the Tongass National Forest should be part of the rule has been a long-standing partisan battle; the George W. Bush administration also sought to exempt it.

“Restoring the Tongass’ roadless protections supports the advancement of economic, ecologic and cultural sustainability in Southeast Alaska in a manner that is guided by local voices,” Agriculture Secretary Tom Vilsack said in a statement late Thursday. “The proposed rule is considerate of Alaska’s Tribal Nations, community input, and builds on the region’s economic drivers of tourism and fishing.”

The Biden administration signaled earlier this year that it would be restoring as well as expanding Tongass National Forest protections, including adopting a rulemaking process for shoring up protections previously enacted during the Clinton administration and only allowing small-scale timber sales.

Environmentalists are concerned that logging could release more carbon into the atmosphere, among other concerns.

Read more about the fight over the forest here.

Interior Secretary Deb Haaland announced Friday that the agency will create a process to review and replace racially derogatory terms used in the names of places on federal lands.

Haaland, the nation’s first Native American Cabinet secretary, declared the term “squaw,” a pejorative for Indigenous women, to be derogatory, and ordered the creation of procedures to replace all federal uses of the term. The word currently appears in the name of more than 650 federal land units, according to Board on Geographic Names data.

The secretary also announced the creation of a federal committee to review other derogatory names on federal land. The department, through a newly-created Derogatory Geographic Names Task Force, will consult with the public and tribal representatives on potential changes, according to the statement.

“Racist terms have no place in our vernacular or on our federal lands. Our nation’s lands and waters should be places to celebrate the outdoors and our shared cultural heritage – not to perpetuate the legacies of oppression,” Haaland said in a statement Friday. “Today’s actions will accelerate an important process to reconcile derogatory place names and mark a significant step in honoring the ancestors who have stewarded our lands since time immemorial.”

The department has taken similar actions over the years, including eliminating the use of place names containing slurs for Black and Japanese people in the 1960s and 1970s. Montana, Oregon, Maine and Minnesota have already passed laws barring the use of “squaw” in place names.