Today we’re looking at a new Environmental Protection Agency program that aims to increase monitoring of environmental hazards in the South, the state-level obstacles to “forever chemical” lawsuits and the Biden administration’s latest rollback of Trump-era permitting. 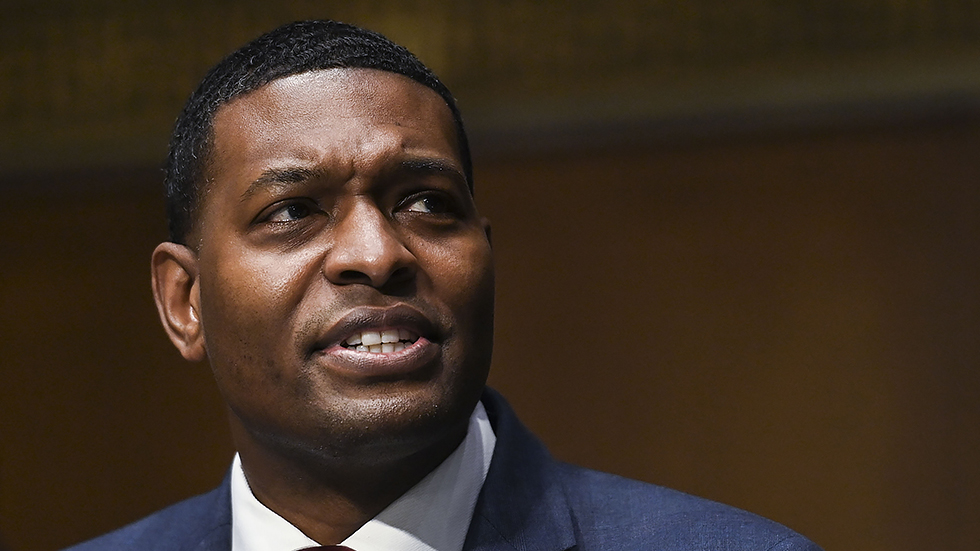 The Environmental Protection Agency (EPA) on Tuesday evening announced a wide-scale monitoring project that will monitor compliance with regulations in a number of vulnerable communities in the South.

The program, the Pollution Accountability Team, will monitor air pollution and cleanup progress from both the air and the ground, according to the agency.

Regional inspectors will conduct regular follow-ups for site-specific emissions. The program, set to launch in the spring, will pay particular attention to newer and emerging contaminants like ethylene oxide and chloroprene, according to the announcement.

The details: EPA Administrator Michael Regan also announced on a call with reporters that he has directed the agency’s enforcement arm to increase unannounced inspections of suspected noncompliant facilities.

Regan further announced a number of city and local efforts in communities covered by the new program. They include water contamination in Jackson, Miss., where the EPA on Tuesday issued a notice of noncompliance to the city over allegations that it had not properly maintained water potability infrastructure.

The team will also implement air monitoring in Mossville, La., as well as Louisiana’s St. James and St. John the Baptist parishes. The agency will put some $600,000 toward mobile air pollution monitoring equipment in the three communities.

The announcement follows a November 2021 tour by Regan of numerous vulnerable communities through Mississippi, Louisiana and Texas.

“Today, the action that EPA is taking in is in direct response to what I saw and what I heard on the ground,” Regan said on the call. “Underserved communities … have been waiting long enough and they are counting on us to get this right. The first step to showing these communities that this administration sees them, we hear them and we are responding.” 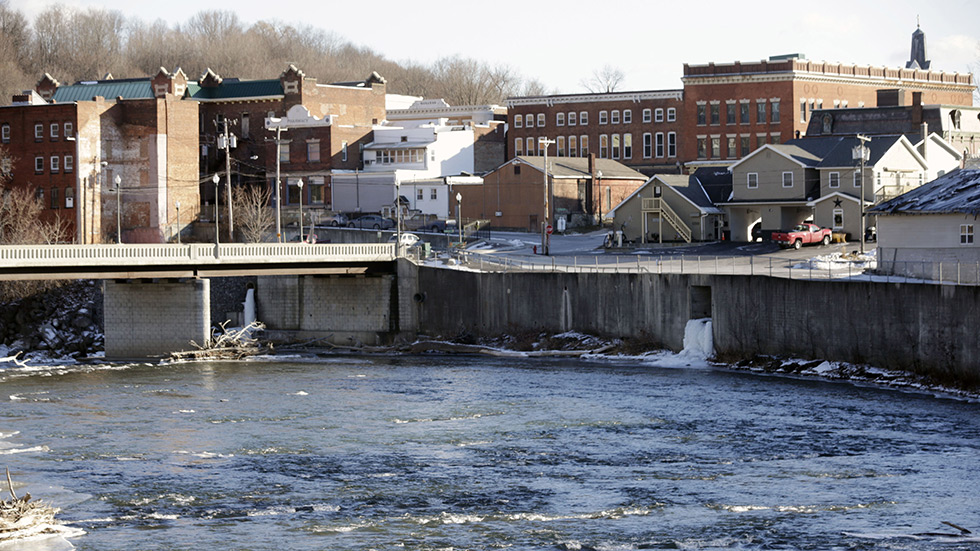 This is from Part 2 of a four-part series on “forever chemicals” this week. Check TheHill.com for more.

State-level efforts to help victims of “forever chemical” exposure get compensation have met resistance from both governments and industry — and this pushback has been particularly effective in Republican-led states.

In Vermont, an official in the governor’s office coordinated with a lobbyist in “watering down” a bill that aimed to make polluters pay for health screenings, emails obtained by The Hill show.

And in Michigan, a bill aiming to add more time to the clock to allow people to sue over contamination has languished in the Republican-controlled legislature.

While these pieces of legislation would have applied to multiple varieties of contamination, they’re often discussed in reference to a class of toxic forever chemicals known as per- and polyfluoroalkyl substances (PFAS) — a class of thousands of compounds that have been linked to health issues including kidney cancer and thyroid disease.

In Vermont: The 2019 Vermont bill — called S.37 — sought to help communities impacted by pollution to sue companies for “medical monitoring” costs. Medical monitoring provides plaintiffs who have been exposed to, but are not yet sick from, toxic substances relevant health care screenings in an effort to prevent illness down the line. In late 2019, a Vermont court ruled that medical monitoring can be used as a legal solution for industrial pollution, but the legislation, which was vetoed before the ruling, would have sought to enshrine the right to the remedy in state law.

But the legislation came under scrutiny from the business community.

The Hill obtained an email sent by Ethan Latour, then a staffer to Vermont Gov. Phil Scott (R), to lobbyist Warren Coleman, recapping a conversation they had. The email indicated that it was intended to be a draft of an update for the governor.

So, what did it say? In it, Latour indicated that Coleman and others had been working on changes to the legislation, including exempting activities done in compliance with state and federal permits from being the basis for medical monitoring claims.

“These changes would make the legal standard for medical monitoring more consistent with judicial decisions made in other states … but would be perceived as watering down the bill,” he wrote in April 2019.

In the same email, Latour said that Coleman had been working with state legislators to sway them toward “his/our proposal” — pointing towards a joint venture between the governor’s office and the lobbyist.

“Warren has been working diligently with the House Judiciary Committee to try to help them see the benefits of his/our proposal around strict liability and medical monitoring,” he wrote.

“Strict liability” means that a defendant would be liable for committing an action regardless of intent. If S.37 had been adopted as initially proposed, Vermont would have been the first state to explicitly put polluters on the hook for contamination and its impacts via a strict liability standard, but the provision was stripped out of the final version of the bill.

And what do they have to say now? In an email to The Hill, Coleman indicated that he took issue with the bill’s potential impacts on industry.

He added that as the state sought to put the right to sue for medical monitoring into the law, business groups were pushing for changes that would be “consistent with existing court precedent” rather than “creating a new and unique legal test.”

Scott spokesperson Jason Maulucci directed The Hill to a message from the governor explaining his veto, in which he said the bill “lacks the clarity needed by Vermont employers who our state relies on to provide good jobs.”

Scott also said that there was a “path forward” for the bill, touting a bipartisan amendment that did not make it into the final version but would have increased the threshold for getting medical monitoring in comparison to the thresholds proposed in the legislation.

An update! Last year, another version of the bill, now called S.113, was introduced. This version does not include any strict liability provisions, and additional changes have been made to the language, including specifying that it now only applies to “exposure at a rate significantly greater than the general population” instead of exposure more generally.

The new legislation was taken up by the Vermont Senate’s Judiciary Committee during a hearing last week.

Read about how efforts to enable PFAS lawsuits are playing out in other states here. 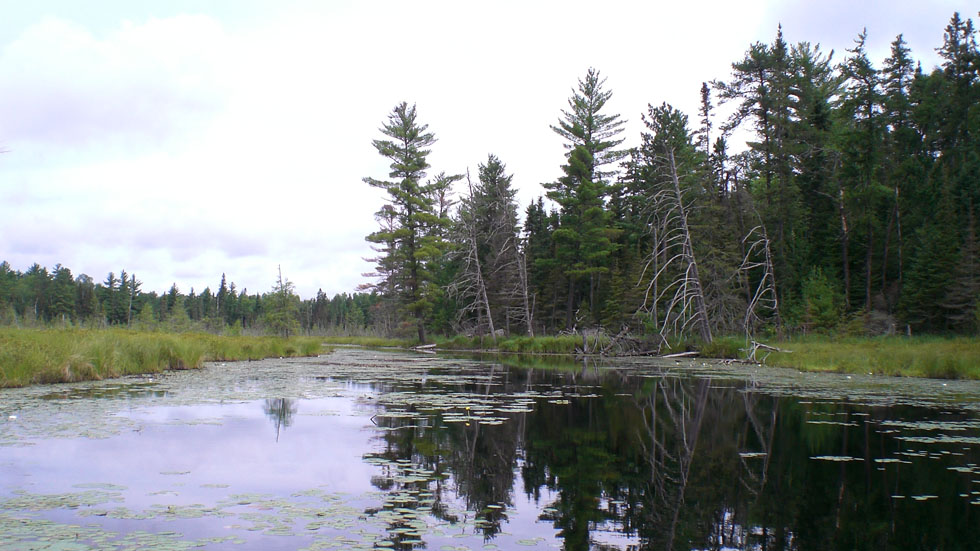 The Interior Department on Wednesday announced the cancellation of two mine leases in Minnesota that had been granted under the Trump administration.

The outgoing Obama Interior Department had blocked the company’s renewal request in December 2016, but the Trump administration reversed the decision in 2018 and limited the scope of an environmental review.

The company was first issued leases for the area in 1966 but no mineral production has yet taken place at either site. Environmentalists have frequently expressed concern that mining activity could put the area, which spans nearly 1.1 million acres, at risk from toxic chemical leaching.

In the Wednesday opinion, principal deputy solicitor Ann Marie Bledsoe Downes wrote that the department “issued Twin Metals’ 2019 lease renewals in violation of multiple legal authorities.” Trump-era officials, she wrote, issued the 2019 renewals through customized legal forms that altered the standard leasing terms. Interior also did not properly recognize the U.S. Forest Service’s consent authority during the process and did not analyze all possible scenarios in their environmental analysis, as required, Downes determined.

House Democrats are looking to generate more attention on three climate related issues, announcing on Wednesday that they are setting up new task forces to take on the issue.

The House Sustainable Energy and Environment Coalition — a group of 71 lawmakers that promotes clean energy and climate policies — announced that the task forces would focus on agriculture, national security and the power sector.

Reps. Chellie Pingree (D-Maine) and Kim Schrier (D-Wash.) will lead the Climate and Agriculture Task Force which will engage with farmers on climate issues leading up to the Farm Bill — legislation that Congress takes up every five years that deals with agriculture and related policy. It will also look at other areas of food policy and climate change’s threats to agriculture and forests.

Reps. Sean Casten (D-Ill.) and Raja Krishnamoorthi (D-Ill.) will lead the Power Sector Task Force, which will focus on reducing emissions from the electric sector, and specifically reforms to the transmissions system.

That’s it for today, thanks for reading. Check out The Hill’s energy & environment page for the latest news and coverage. We’ll see you Thursday.