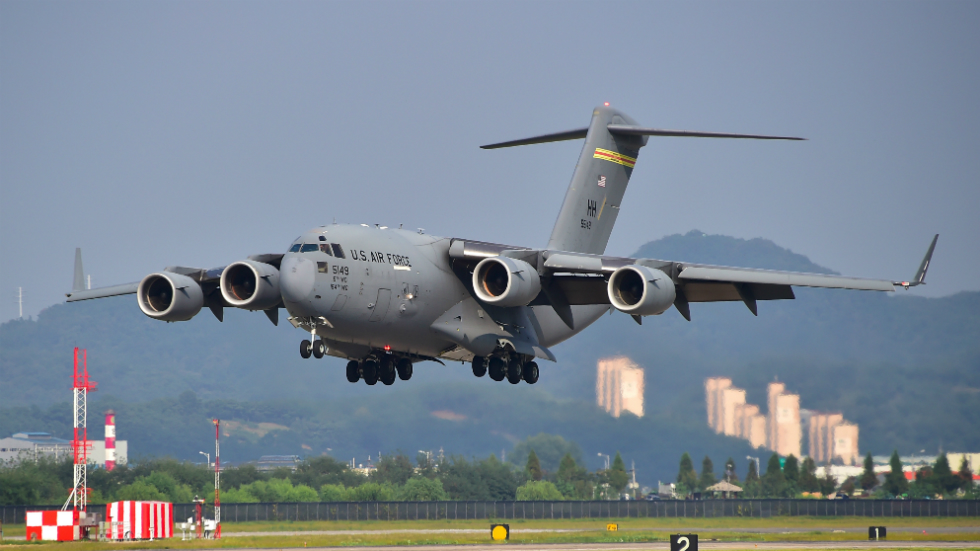 This is from Part 3 of a four-part series on “forever chemicals” this week. Visit TheHill.com for more.

Military installations are a major source of community contamination from a class of toxic chemicals called PFAS, but trying to hold the Defense Department accountable can be formidable due to a labyrinth of legal limitations.

Mark Favors, an activist and nurse originally from Colorado Springs, has seen many family members, including his grandmother, die from cancer — which he believes resulted from the discharge of PFAS, per- and polyfluoroalkyl substances, from nearby Peterson Air Force Base.

PFAS are present in a variety of household products but are most well-known for their presence in aqueous film forming foam (AFFF), used to fight jet fuel fires on military bases and civilian airports. PFAS have been linked to kidney cancer, thyroid disease and other illnesses.

Some of Favors’s living relatives have signed on to multidistrict litigation (MDL) taking place against the companies that produced these chemicals.

But Favors said that the legal hurdles associated with challenging the military in court, as well as the minimal changes that doing so could affect, have deterred him from trying to sue the Department of Defense.

He’s frustrated that no practical method exists for holding the Pentagon responsible for its actions, stressing that “we need congressional accountability.”

In Favors’s region, decades of firefighting foam leached into the groundwater and contaminated both private wells and public waterways, a fact that the Pentagon has publicly acknowledged and worked to clean up. The Air Force has now restricted the use of AFFF foam for emergencies only.

But for many nearby families, who for decades were consuming the problematic water while unaware of the toxins, these efforts weren’t enough — especially for those who have experienced deadly cancers that they believe were linked to the exposure.

So what does the military have to say? “We know our firefighting mission may have adversely affected human drinking water around our installations and we are working hard with our community partners and regulatory agencies to identify and resolve those impacts,” a spokesman for the Air Force said in a statement.

In 2016, the Air Force Civil Engineer Center began working with public water suppliers and private well owners to provide drinking water alternatives, including bottled water and the installation of treatment systems for all public drinking water wells and private homes that tested above the EPA’s health advisory levels, the statement said.

Peter Hughes, a DOD spokesperson, said via email that the department is assessing 699 installations where it may have used or released PFAS, having completed 190 assessments so far. Of those, the department has found that 115 warrant additional actions in the cleanup process.

He also said the department was taking action on the issue, noting that it has put nearly $1.5 billion toward addressing PFAS releases through fiscal year 2021.

For activists like Favors, suing the Defense Department would usually mean fighting a losing battle, due to federal legal protections that make lawsuits against it precarious, if not impossible.

One of the only ways that a plaintiff can sue the Air Force is through the Federal Tort Claims Act, according to Kevin Hannon, an attorney from the Denver-based Morgan and Morgan Law Firm and The Hannon Law Firm, who serves on the plaintiffs’ steering committee for the nationwide MDL taking place against manufacturers of PFAS in South Carolina.

The Federal Tort Claims Act is a 1946 statute that enables private individuals to sue the U.S. in a federal court that recognizes liability for negligent or wrongful acts of the government’s employees.

But for the most part, suing the military remains difficult because “the government has what they call discretionary function immunity,” explained Paul Napoli, co-lead counsel for the MDL.

Such immunity means that if a government employee’s action was based on discretion — the individual thought an action was in the best interest of a certain cause — then a plaintiff cannot usually sue, even if harm occurs.

Federal immunity, according to the legal dictionary Wex Law, stems from the concept of “sovereign immunity,” based on the British common law doctrine “that the King could do no wrong.”

But, there’s a twist: The Pentagon is not part of the ongoing national MDL targeting companies that manufacture AFFF foam, so the plaintiffs can’t sue it, but these circumstances have actually made the military an ally in their case against the manufacturers.

Napoli said that trying to sue the military as part of the case would be impractical and counterproductive — and could “essentially let the manufacturers off the hook.”

“One of the aspects of the litigation, the defendants’ defense, was ‘the government made us do it,’” Napoli said. “By not suing the government at this point, we have been able to get testimony where they said it wasn’t our fault — it was the manufacturers’ fault.” 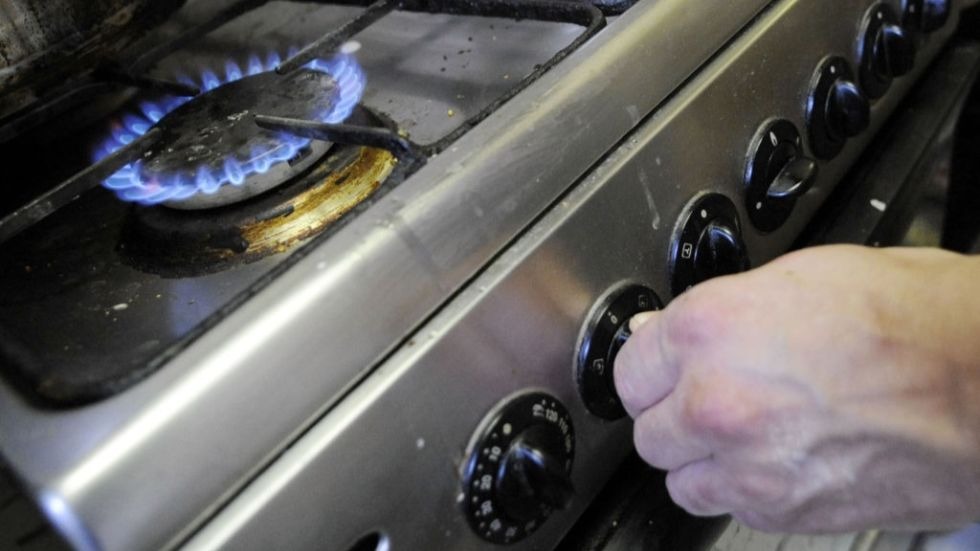 Gas stoves continue to release planet-warming gases even when turned off, impacting both human health and climate change more than previously believed, according to a new study.

They looked at emissions both while the appliances were on and off. They found that more than three quarters of the stoves’ release of methane happened when they were turned off.

The research also suggests that the EPA may be undercounting how many emissions are actually coming from gas stoves.

The researchers said that their own estimate for methane emissions from the stoves alone was higher than the EPA’s estimate for all residential natural gas “stationary combustion,” a category which can include various appliances.

Read more about the findings here.

A CYBER PLAN FOR WATER

The Biden administration on Thursday announced a new plan to secure U.S. water systems from cyberattacks, part of a broader effort to defend elements of domestic critical infrastructure from digital threats.

The White House and Environmental Protection Agency (EPA) announced a new “action plan” for the water sector that aims to encourage water utilities to adopt technology that helps detect cyber threats to industrial control systems, or ICS, early on. The administration intends to implement the plan over 100 days, according to the White House.

The administration is also trying to boost information sharing about cyber threats between owners and operators of water utilities and the federal government.

The Biden administration is working to boost the cybersecurity of systems used to operate critical infrastructure, particularly in the wake of high-profile cyberattacks like the ransomware attacks targeting Colonial Pipeline and meat processor JBS last year. The administration has announced similar plans to secure the electric sector and natural gas pipelines.

“Our efforts to secure critical infrastructure highlight the fact that cybersecurity is a top economic and national security priority for the Biden administration,” a senior administration official told reporters on a call previewing Thursday’s announcement.

The official said the attacks on Colonial Pipeline and JBS laid bare the limits of the federal government’s authority to set cybersecurity baselines.

As part of the new plan for the water sector, the EPA and the Cybersecurity and Infrastructure Security Agency at the Department of Homeland Security are setting up a pilot program that water utilities can participate in for ICS monitoring, as well as engaging with utilities that have already adopted ICS monitoring.

Read more about the initiative from The Hill’s Morgan Chalfant here.

A senior administration official told reporters on Thursday that the officials discussed outcomes from last year’s Glasgow climate summit and this year’s meeting that will be in Egypt. The official also said that the countries talked about accelerating the phase down of coal

The U.S. and other countries floated additional ideas such as taking further action on methane, curbing deforestation in agriculture, ways to set goals for increasing carbon-free electricity generation and speeding up the transition to electric vehicles.

The meeting featured countries including Russia, China, India and Brazil — but it wasn’t limited to only major economies, with Senegal, representing a group of less developed countries, participating as well.

“I was encouraged to hear the many ways countries are working to build on the progress made in Glasgow. In particular, many underscored the importance of countries whose 2030 targets are not yet aligned with the Paris goal strengthening them this year,” Kerry said in a statement on the meeting.

“One thing is clear: we all must move faster in this decade to accelerate the transition from coal to renewables. I look forward to our next meeting and to our next leaders meeting, when we can hopefully take things to the next level,” he added.

And finally, something offbeat and off-beat: Some rare bird news.