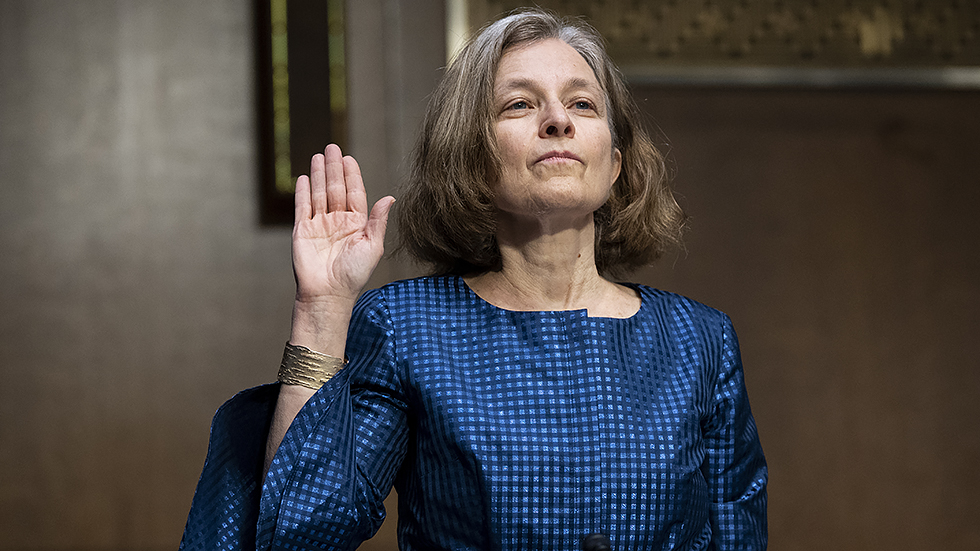 President Biden’s pick to be the Federal Reserve regulatory chief said Thursday it was “inappropriate” for the central bank to steer business away from fossil fuel companies — despite previously calling on financial regulators to take stronger action to fight climate-related risks in the financial system.

Sarah Bloom Raskin, whom Biden nominated last month to be Fed vice chair of supervision, told senators Thursday the bank should not “pick winners and losers” and focus only on assessing climate-based risks facing banks.

“It is inappropriate for the Fed to make credit decisions and allocations. Banks choose their borrowers, not the Fed,” Raskin told the Senate Banking Committee during her confirmation hearing. She testified alongside economics professors Lisa Cook and Phillip Jefferson, who Biden also nominated for two vacant seats on the Fed board.

Raskin added the Fed should not “choose winners and losers. Doing so is not the proper institutional role of the Fed. That’s a cardinal principle of Fed supervision.”

She said she’s held that standard throughout her career as a financial policymaker.

The background: Raskin, an Obama-era Fed board member and deputy Treasury secretary, would be in charge of the Fed’s supervision and regulation of the banking system if confirmed by the Senate. While she had received broad Republican support for her previous appointments to the Fed and Treasury, GOP senators have rallied against Raskin’s current bid to join the bank over her previous statements on climate change.

Republicans like Sen. Pat Toomey (Pa.) laid out what is becoming a standard playbook to block executive branch attempts to address climate risk.

So what’s the argument? As Democrats argue that assessing and reducing climate risk is well within the Federal Reserve’s existing mandate, Republicans offered a Catch-22: that though Congress has struggled for decades to act on climate change, it remains exclusively Congress’s job.

The House Oversight and Reform Committee announced Thursday that a hearing with board members from several major oil companies would be delayed and warned that the postponed meeting would be a “last chance” to cooperate.

Originally called for next week, a committee statement said that the hearing will now take place on March 8. Invited were board members of Exxon, Chevron, BP and Shell.

Committee Chair Carolyn Maloney (D-N.Y.) in a statement described the new deadline as a “last chance” for the companies to cooperate with the committee and threatened “further action.”

“The Big Oil companies should consider the March hearing their last chance to cooperate.  If their board members refuse to appear, they should expect further action from this Committee,” she said. 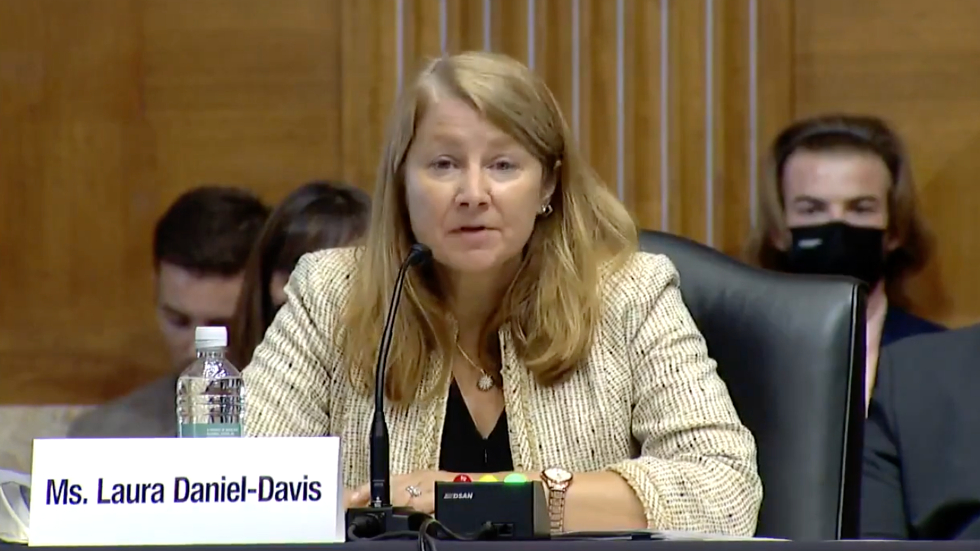 Sen. Joe Manchin (D-W.Va.) is getting pushback from a fellow Democratic senator for his decision to grant Republicans a second chance to ask tough questions of a key Interior Department nominee.

Laura Daniel-Davis, President Biden’s pick to be assistant Interior secretary for land and minerals management, is set for a second round of questioning from the Senate Energy and Natural Resources Committee, which is chaired by Manchin, even though she already had a confirmation hearing in September and the committee has already voted on her nomination.

Sen. Ron Wyden (D-Ore.), who previously chaired the panel, blasted the second hearing without naming Manchin in a statement to The Hill.

“Senator Wyden believes the first time Laura Daniel-Davis testified at length on her nomination before the Committee was sufficient,” a Wyden spokesperson said. “This second hearing is nothing more than an opportunity for Republicans to badger, bully and harass a well-qualified nominee for a job that needs to be filled.”

Danylak said that Barrasso wanted a second hearing to investigate what he described as an “assault” on energy independence by the Biden administration. He also said that department officials haven’t answered “numerous” questions from the senator on issues related to her role.

So what’s happened already? The panel deadlocked in a vote on Davis’s nomination in November, with 10 Democrats, including Manchin, supporting her and the panel’s 10 Republicans opposed to her nomination.

The tie vote still allows the nomination to be considered on the floor of the Senate, where Vice President Harris could break a tie if there is a 50-50 vote.

The decision also left some outside supporters of the nomination fuming.

Aaron Weiss, deputy director of the Center for Western Priorities, said “it was a mistake” for Manchin to allow the second round.

“Nothing has changed, the vote will be exactly the same, everyone knows that, so this is just a chance for Barrasso to grandstand again with the same outcome,” he said. He added that it was “incumbent” on Senate Majority Leader Charles Schumer (D-N.Y.) to schedule a full floor vote on the nomination.

But…this isn’t the first time this has happened. In 2014, when Wyden himself was in charge of the committee, it took a second look at then-President Obama’s nominee for another Interior role.

Crude oil prices reached $90 per barrel for the first time since 2014 on Thursday afternoon.

Increasing oil prices could have implications for the price of gasoline, which is made from oil.

A surge in prices amid broader inflation last year took a political toll on President Biden, although the determinants of prices include a multitude of factors outside presidents’ control.

Meanwhile, a group of oil producing countries known as OPEC+ this week agreed to continue with gradual increases in oil production, despite pushes from the U.S. and elsewhere for a steeper change.

And finally, something fun: Think you know a lot about environmental policy? WaPo has a quiz.