Progressives and environmental groups hope to make Jessica Cisneros’s primary rematch with Rep. Henry Cuellar (Texas) a referendum on the nine-term House Democrat’s fossil-fuel industry ties and what they view as lackluster support for the party’s broader climate agenda.

Cisneros, an immigration attorney and onetime intern in Cuellar’s office, lost to him by fewer than 3,000 votes in 2020. But green groups are bullish on her chances in the upcoming March 1 contest for Texas’s 28th District, citing dynamics that didn’t exist in the previous race.

While progressives have long been critical of Cuellar for his ties to the oil industry, dubbing him “Big Oil’s favorite Democrat,” they are also now focusing on last year’s winter storms in Texas as well as President Biden’s stalled climate agenda to go after the House Democrat.

“We’re a year into a Democratic trifecta in which one of the biggest threats to the success of the Biden presidency has been folks with a ‘D’ next to their name who are not actually prepared to advance the Democratic agenda, and Rep. Cuellar is one of those folks,” argued Leah Greenberg, executive director at the progressive organization Indivisible.

So, what are they saying? Opponents are quick to highlight Cuellar’s energy ties: In this election cycle, he has received a total of $151,500 in contributions from the oil and gas industry, according to data from OpenSecrets. Cisneros, in contrast, backs a Green New Deal, saying “the way we address climate change needs to be as aggressive as the threat it poses.”

Cuellar was one of nine centrist House Democrats who pushed Speaker Nancy Pelosi (D-Calif.) to introduce the since-passed bipartisan infrastructure bill before the larger reconciliation measure. The more ambitious Build Back Better package has since stalled in the Senate, and some progressives have blamed the decision to pass the bills separately for the impasse.

But…Cisneros differs from other progressives like Rep. Alexandria Ocasio-Cortez (D-N.Y.) who have successfully challenged moderate incumbents in one respect: they were elected to solidly Democratic district, while Texas’s 28th is more purple.

So, what’s Cuellar’s take? Cuellar has rebuked many of the progressive policies associated with the “Squad” of progressive representatives even before Cisneros’s challenge, claiming in 2019 that the Green New Deal would cost thousands of jobs in Texas’s Webb County.

A Cuellar staffer pointed to the 40,000 oil- and gas-related jobs in the 28th District, as well as the billions in income taxes the industry contributes to the district’s infrastructure and economy.

The staffer called the idea that the congressman is beholden to the oil lobby “ridiculous” and noted his 97 percent voting record in alignment with the Biden administration.

“I don’t know anybody who’s in the pocket of Big Oil who would have that type of voting record,” he said.

And what about Cisneros? Cisneros, meanwhile, has argued progressive environmental policies need not be a non-starter even in a more moderate district.

“I can’t go to someone’s door and ask them, ‘What do you think about the Green New Deal?’ because they have no frame of reference as to what that means,” she said in 2020. “We’re unpacking what it means: investment in solar and wind and infrastructure more than anything, and what jobs that could create for the people here. Jobs are what excites people.”

Read more about the contest here. 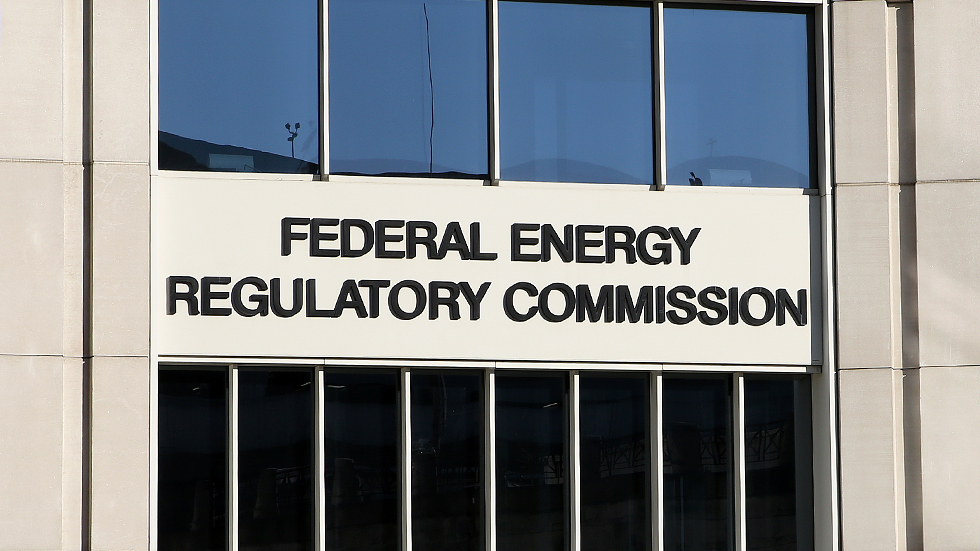 A federal agency that considers whether to approve or reject natural gas pipelines will now weigh the projects’ contributions to climate change as part of their decisions.

In determining whether a project is in the public interest, the Federal Energy Regulatory Commission (FERC) voted on Thursday to examine greenhouse gas (GHG) emissions from the project’s construction and operations — as well as the emissions from when the gas is ultimately burned to make electricity.

Environmental advocates have long criticized the agency for not considering these impacts in its reviews, and have more broadly argued that it should stop approving as many pipelines as it has in the past.

According to a 2020 investigation by House Democrats, the agency has, over the past 20 years, approved more than 99 percent of the pipeline projects that have come before it.

Chairman Richard Glick (D) said that under the new policy, even if a project will have significant climate change impacts, the commission could still find that its benefits outweigh those costs.

He also argued that the decision will add legal certainty, as courts can block FERC-approved projects based on environmental concerns.

“If we were to continue the commission’s turning a blind eye to climate change and greenhouse gas emissions, we would simply be adding to the legal uncertainty of each commission order approving a project,” Glick said.

“The contents are very amorphous,” he said. “It is very difficult for us to achieve the objectives of the Natural Gas Act, which is to encourage the orderly development of natural gas infrastructure…when we’re adopting policies that are either vague or make it difficult to rationally allocate capital.”

The new guidance will be applied immediately, though it was only issued on an interim basis. The agency is currently accepting public comments on it, and may make changes down the line based on that feedback.

Meanwhile, the agency also announced that it would update guidelines for its reviews overall, including by taking on “robust consideration” of impacts to communities that are disproportionately harmed by pollution.

Hundreds of firefighters nationwide are suing over the health effects of exposure to “forever chemicals” in materials and equipment they used on the job.

Most recently, more than a dozen firefighters in Massachusetts blame the chemicals for their developing cancer.

Fifteen current and retired firefighters in the state say that elevated levels of the chemicals in question — per- and polyfluoroalkyl substances, or PFAS — were discovered in their blood in December. The plaintiffs allege they were exposed to the chemicals through firefighting foam and “turnout” coats. All 15 plaintiffs currently have some form of cancer, which they blame on the PFAS exposure.

The lawsuit names 25 companies as defendants, alleging they manufactured, distributed or sold the products while knowing the health risks involved. Plaintiffs include major firms such as Carrier, DuPont and 3M.

“The Firefighter Plaintiffs wore turnouts and used and/or were exposed to Class B foam in the usual and normal course of performing their firefighting duties and training and were repeatedly exposed to PFAS in their workplace. They did not know and, in the exercise of reasonable diligence, could not have known that these products contained PFAS or PFAS- containing materials. They also did not know that PFAS was in their bodies and blood,” the filing states. “At all relevant times and continuing to the present, Defendants have represented that their turnouts and Class B foams are safe.”

Elizabeth Pritzker, whose firm Pritzker Levine is handling the lawsuit, told The Hill the firm is in touch with attorneys in multidistrict litigation making similar allegations in a South Carolina court, and that it will likely eventually be folded into that suit. “Our ultimate goal is to clean up the industry,” she added.

Read more about the suit here.

And finally, something offbeat and off-beat: Who let the dog out?