Today we’re looking at the potential gasoline price implications of the Russia crisis, a new environmental justice mapping tool from the White House and a new probe into the EPA’s response to lead contamination in a Michigan city. 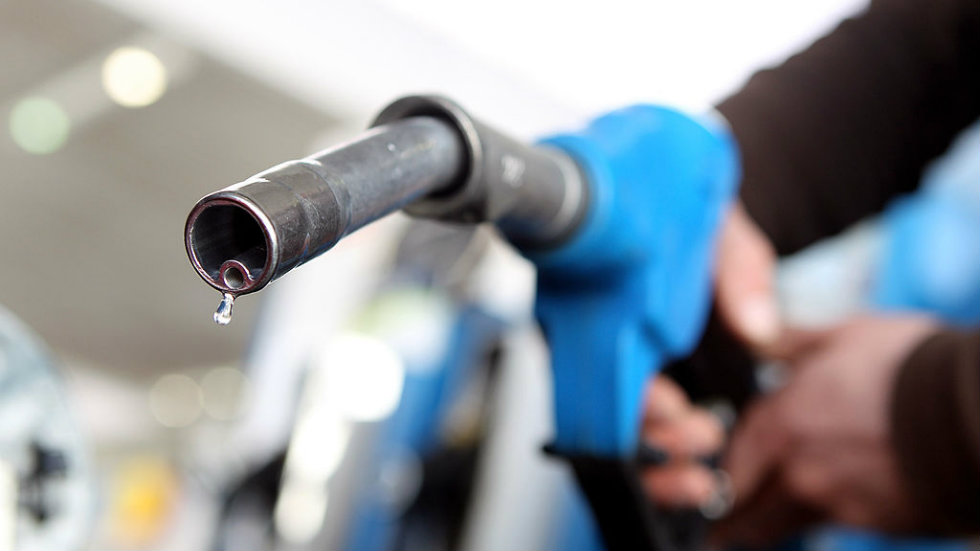 The crisis between Russia and Ukraine is expected to exacerbate what has already been a political headache for the Biden administration: high gasoline prices.

President Biden himself in a speech on Tuesday mentioned energy prices and acknowledged the possibility of “consequences here at home,” saying Americans understand “defending democracy and liberty is never without cost.”

The president on Thursday said the threat of a Russian invasion against Ukraine is “very high,” and Secretary of State Antony Blinken warned at a meeting of the United Nations Security Council that Russia “plans to manufacture a pretext for its attack.”

But, with Americans focused on their pocketbooks and inflation soaring at a historic rate, further gasoline price increases could have political costs for Democrats fighting to retain their majorities in the fall midterm elections.

Uncertainty surrounding oil markets and Russia, the world’s third-largest oil producer, has already driven up prices, which were hovering at around $91per barrel on Friday. Experts say those prices could go higher and impact gasoline prices at the pump.

So, what could happen? “I would not be surprised at all if we reach … $100 per barrel in the next few days,” Claudio Galimberti, senior vice president of analysis at energy research firm Rystad Energy, told The Hill on Wednesday.

Galimberti said prices would be pushed up further if Russia actually decides to invade, noting that Ukraine could strike back by sabotaging a key pipeline.

“The geopolitical risk premium will be even higher than it is right now,” he said. He also predicted that this would eventually reach consumers at the pump, saying it’s possible this summer that prices will be “well above” $4 per gallon.

And, the issue is reaching Capitol Hill: Vulnerable Democratic senators have signaled they understand the political ramifications and have begun to press for a suspension of the federal gasoline tax.

“This is something that directly helps people right now,” Sen. Mark Kelly (D-Ariz.), who is expected to face a tough reelection race this fall, told reporters earlier this week in commenting on the proposed gasoline tax holiday.

“When I talk to my constituents … it’s the thing I hear most — is rising prices,” he added. “Gasoline’s a big part of it.”

What did POTUS say about it?  Biden acknowledged in a Tuesday speech that sanctions imposed against Russia if it invades Ukraine are likely to increase prices, saying, “I will not pretend this will be painless, there could be impact on our energy prices.”

“If Russia decides to invade, that would also have consequences here at home. But the American people understand that defending democracy and liberty is never without cost,” Biden said.

So, what might the world do? The Biden administration has sought to get European countries to match a package of punishing U.S. sanctions on Russia as a means to deter Moscow from a new invasion of Ukraine. Russia has maintained control of Ukraine’s Crimean Peninsula since 2014 and has supported separatists in eastern Ukraine for the past eight years.

U.S. and European officials say that they are determined to impose high costs on Moscow if it launches a new attack but have acknowledged the two sides are not completely in alignment on specific sanctions affecting the natural gas sector.

A reminder: Gasoline is made from oil, and often powers cars, while natural gas is commonly used in electricity generation and home heating.

Meanwhile, U.S. dependence on Russian oil exports has made it an unattractive option for sanctions, even though it would be a way to ensure the sanctions were painful for Moscow given the importance of oil to the Russian economy. 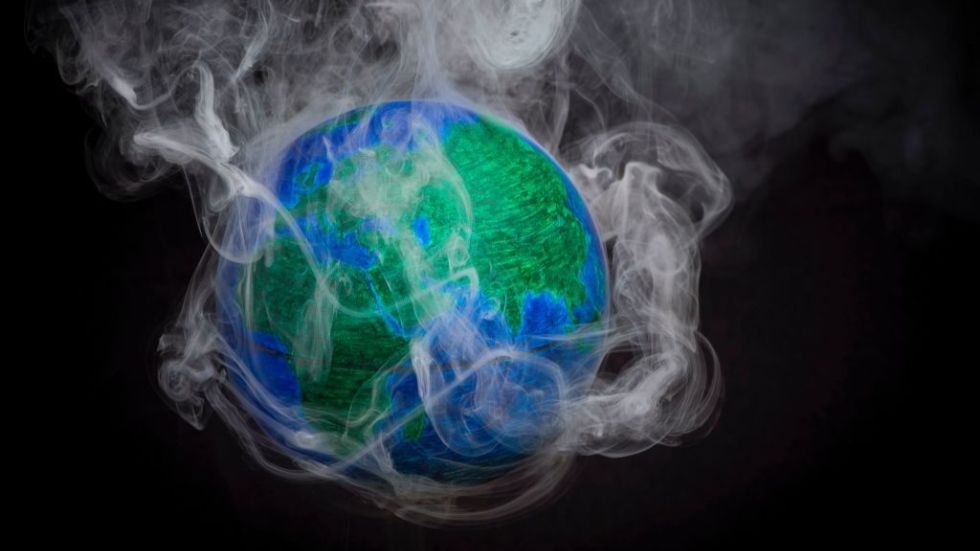 The White House Council on Environmental Quality on Thursday night unveiled a tool aimed at identifying communities that qualify as disadvantaged under the Biden administration’s environmental justice initiative.

The criteria, announced by the White House on a press call, include a number of axes on which a community can be declared disadvantaged. The tool includes 21 indicators and the threshold to be considered disadvantaged in that category.

The CEQ defines a “low-income” community as one that is in its census tract’s 65th percentile or above for rate of residents with incomes twice the federal poverty level or less.

Notably not incorporated? Race. White House officials confirmed to reporters on the call that the designations would be entirely based on environmental and socioeconomic indicators, with race not considered as a factor. While environmental justice issues frequently break down along racial lines due to the legacy of historic inequalities and neglect of minority communities, the White House would open itself to legal challenges if it allocated federal funds using race as a metric.

“[F]olks have been pretty candid about the need to ensure that this is this tool is built to withstand potential legal challenges,” said CEQ chief of staff Matt Lee-Ashley. “And so we proceeded with that in mind. But very much we want to build the tool in a way that reflects the realities that that racism and race are big determining factors in where pollution is concentrated in this country.”

Read more about the tool here.

The Senate late Thursday confirmed Martha Williams to lead the Fish and Wildlife Service — the Interior Department agency in charge of species conservation. Williams was confirmed via voice vote, signifying that she was considered a non-controversial nominee. 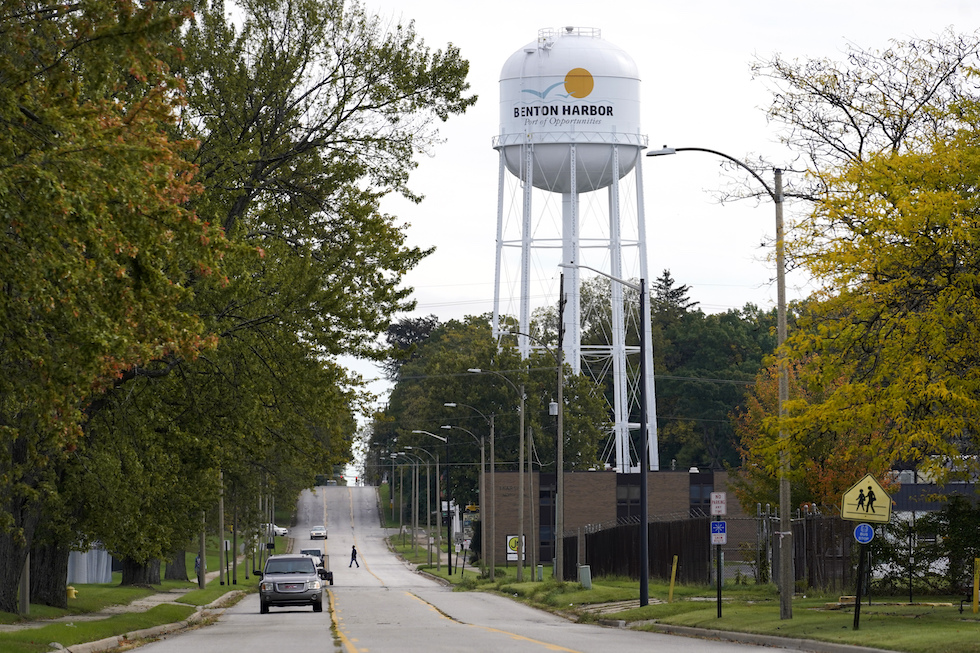 In a notice Friday, the EPA’s inspector general announced an audit into the agency’s handling of reports of contamination in Benton Harbor, which is already the subject of a lawsuit against the city and state from 16 residents.

“The OIG’s objective is to determine the extent to which the EPA followed its 2016 elevation policy memorandum … in responding to evidence of drinking water lead contamination in the community water system for the City of Benton Harbor, Michigan,” said the notice from the watchdog.

“We plan to conduct work in Region 5 and in the Office of Water. Applicable generally accepted government auditing standards will be used in conducting our audit. The anticipated benefits of this audit are to determine if the EPA can improve the speed at which public health protections are delivered to communities facing imminent and substantial public health risk,” it continued, referring to the agency’s Midwest office.

The announcement follows the 2021 lawsuit, in which Benton Harbor residents alleged that state and local officials neglected to properly inform them of contamination in service pipes dating back to at least 2018.

So what does EPA have to say? “No family should ever have to worry about the water coming from their tap and the Benton Harbor community is no exception,” an EPA spokesperson told The Hill in a statement. “EPA is committed to ensuring that everyone has access to clean drinking water and addressing lead in drinking water. We always cooperate fully with the Inspector General and we look forward to their review.”

Read more about the probe here.

OUR EDITORS WANT TO HEAR FROM YOU!

Take our newsletter survey to provide feedback on our offerings

US clears way for return of Mexican avocados

Over 4,000 acres burned in wildfire near California airport

And finally, something offbeat and off-beat: Love this for him