Today we’re looking at most House lawmakers coming together to oppose Russian oil, new comments from the EPA administrator on power plants and Special Climate Envoy John Kerry’s comments about when developed countries will meet their climate finance promise.

Lawmakers passed the bill on a bipartisan basis, 414-17. Only 15 Republicans and two Democrats voted against the bill.

The vote to ban imports of Russian energy products is effectively symbolic, since it follows President Biden’s move on Tuesday to target one of Russia’s main sources of wealth. But it highlighted a rare area of bipartisan unity between Democrats and Republicans.

Aside from banning the import of Russian oil, the legislation also sought to limit Russia’s access to the World Trade Organization (WTO) and reauthorized legislation that enabled sanctions on human rights abusers.

But it stopped short of an original bipartisan agreement earlier this week crafted by the leaders of congressional committees with jurisdiction over trade policy. That proposal would have suspended normal trade relations with Russia and Belarus.

Members of both parties have been pushing for such punitive measures for several days following Russia’s invasion of Ukraine. A bipartisan measure, led by Sens. Joe Manchin (D-W.Va.) and Lisa Murkowski (R-Alaska), is one of several bills aiming for a ban that have been introduced in the Senate on the issue.

“The more economic pain we inflict on [Russian President Vladimir] Putin, the more pressure he will feel to finally end this brutal campaign of terror on the Ukrainian people,” said House Ways and Means Committee Chairman Richard Neal (D-Mass.).

Read more about the legislation’s passage here and read the full list of lawmakers who voted against the measure. 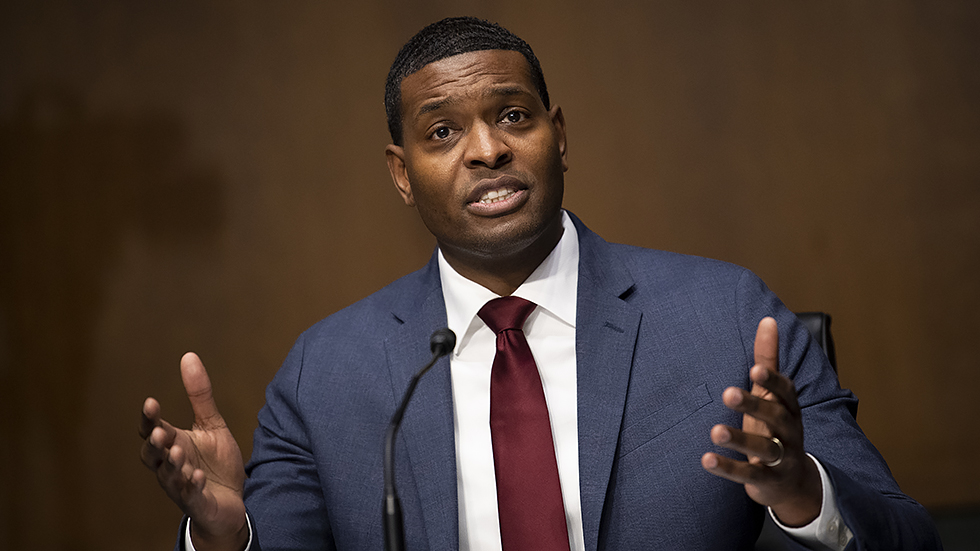 EPA Administrator Michael Regan laid out a multifaceted approach for regulating power plants during a speech at the CERAWeek energy conference on Friday.

“We’re looking at the full suite of opportunities to marry a range of EPA authorities,” he said, according to a copy of his prepared remarks.

“We don’t have to overly rely on any one policy or rulemaking to achieve our mission and ensure affordable and reliable energy,” he added.

His comments came as the Supreme Court is weighing whether to limit what tools the EPA can use to regulate climate change in the power sector.

Regan said he expected to take a “fresh look” at options for reducing carbon emissions from new and existing power plants, saying that the agency is “committed to building on the lessons of our prior efforts” and said it will “propose revisions to the greenhouse gas standards for new power plants.”

He also said that the agency will announce a new proposal tomorrow to “cut pollution from power plants and industrial sources that significantly contribute to unhealthy levels of smog for over a million Americans who live downwind.”

During comments at the same CERAWeek conference, Energy Secretary Jennifer Granholm encouraged producers to drill for more oil in the short term.

“We are on war footing, we are in an emergency, and we have to responsibly increase short-term supply where we can right now to stabilize the market,” Granholm said Wednesday.

“That means releases from the strategic reserves across the world like we’ve done and that means you producing more right now, where and if you can,” she added. 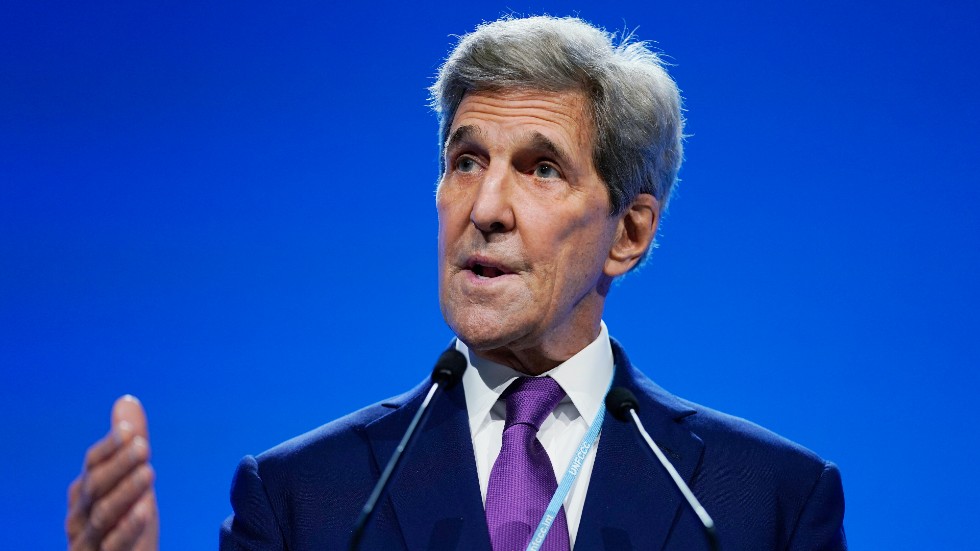 U.S. special envoy for climate change John Kerry on Wednesday said that wealthy nations will next year be able to live up to their promise of providing $100 billion annually to help developing countries deal with climate change.

In comments during a United Nations Security Council meeting, Kerry said that countries are set to meet that goal, originally promised for 2020, next year — and said it was possible to reach this year.

In 2009, wealthy nations agreed to jointly mobilize $100 billion annually by 2020 to help developing countries with their climate-related needs, but they have yet to meet that goal.

The West Virginia Democrat — at a Thursday hearing of the Senate Energy Committee, which he chairs — called the 303-mile Mountain Valley Pipeline “the quickest thing that we can get, it’s more energy into the market that’s going to be needed.

“I’ve been preaching to the heavens for a long time on this one. It can be done with the Defense Production Act,” Manchin added.

“What we do know is that Russia has weaponized energy. They have used it as a geopolitical weapon. The thing I know about an adversary or a bully is if they have a weapon, you better have one that will match it or be better than theirs. And we do, we just haven’t used it,” Manchin said, in reference to American energy stores.

Manchin was a leading proponent of the U.S. barring Russian oil imports after the nation invaded Ukraine. Manchin, a pivotal vote who has frequently bucked his party’s legislative agenda, called the Biden administration’s opposition at the time “so wrong.”

The Mountain Valley Pipeline began construction in 2014, and once completed is set to carry natural gas between southwestern Virginia and northwestern West Virginia. Manchin said at the hearing that the pipeline could be completed in four to six months and said he has also introduced legislation to remove regulatory hurdles.

Under the DPA, which Biden has previously used for matters relating to wildfires and the COVID-19 pandemic, the president can direct private companies to prioritize developing materials crucial to national defense interests.

Leaps in digitalization refine the way we live, learn and work. At the center of these transformations are high-powered networks that make connectivity and data optimization possible. Join The Hill’s Steve Clemons for conversations with Sen. Deb Fischer (R-Neb.), Rep. Robin Kelly (D-Ill.), Rep. Grace Meng (D-N.Y.) and more on the role of networks in creating a more sustainable, equitable and livable tomorrow. RSVP here.

And finally, something offbeat but on-beat: Climate change affects everything…even your dating life.