Today we’re looking at how high gasoline prices can be good news for some, green groups and Democrats making the case for renewables in the current energy situation and new EPA regulations for smog across state lines.

Who benefits when oil trades high?

Some players, including the U.S. oil producers, stand to gain financially. And countries such as Saudi Arabia stand to gain both monetarily and politically.

Here’s a look at who is benefitting:

Companies that drill for oil

As oil prices rise, producers can get more money for their product.

He said the industry is essentially in the opposite position of where it stood in 2020 when the coronavirus pandemic crushed demand.

The fact that these companies can profit has spurred left-wing criticism.

“American oil and gas companies should not exploit this moment to hike their prices to raise profits,” President Biden said last month.

De Haan dismissed the idea that companies should purposefully limit their profits.

“That would be akin to asking somebody on the housing market ‘oh would you please sell your house for $100,000 less to help out this person,’” De Haan said. “That’s not really the way America works.”

Shale oil producers are particularly well-suited to benefit from high gas prices given the relatively quick turnaround for extracting this type of oil.

The process for extracting shale usually takes less time than does extracting conventional oil, meaning that shale producers can more easily ramp up production in response to the high prices.

“Shale is in [a] particularly good situation…mainly because of its short cycle and the fact that it can respond quickly to the price,” said Antoine Halff, an adjunct senior research scholar at the Center on Global Energy Policy at Columbia University.

Still, he noted that shale producers so far have been hesitant to ramp up production.

“Prices have been rising prior to the invasion and there was no evidence of a steep supply response of the shale industry. Now it’s a different story because it’s not just an increase in prices, it’s also the fact that Russian barrels are off the market — at least off the western market — so there’s a supply gap,” Halff said.

Saudi Arabia and the United Arab Emirates could benefit from the price spike if they decide to put more oil on the market.

Saudi Arabia usually has 1.5 million to  2 million barrels of oil per day of “spare capacity” – or barrels that can be quickly moved onto the market and sustained for a period of time. The UAE also has spare capacity.

“For Saudi Arabia, it literally is just a matter of opening up the vault and the oil will start flowing,” said Claudio Galimberti, senior vice president of analysis at Rystad Energy. 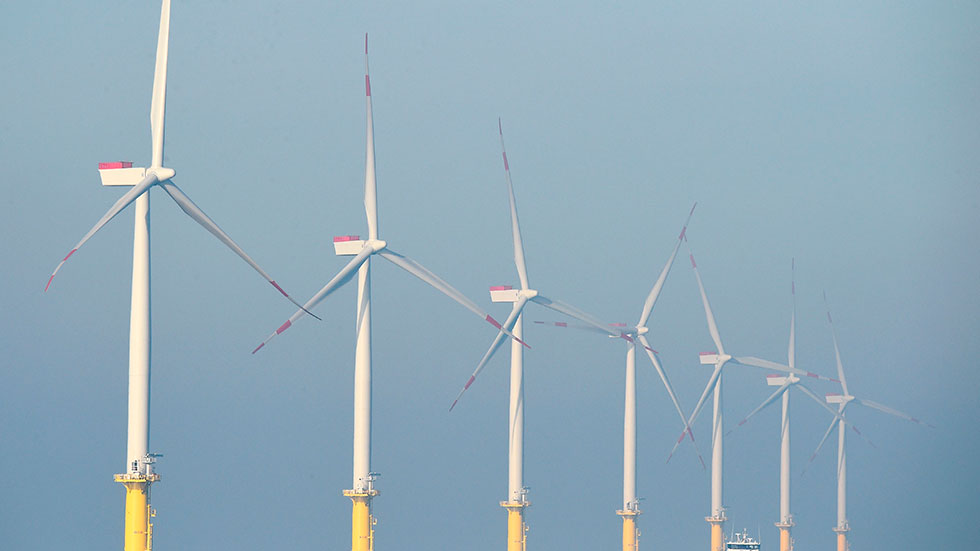 Environmentalist groups and Democrats see the recent ban on imports of Russian oil and the ban’s effects on American gas prices as a further incentive to accelerate development of renewable energy.

The ban came the same week average gas prices in the U.S. hit a record high, and although the U.S. only imports a fraction of oil from Russia, during his speech announcing the ban, President Biden acknowledged the move would likely lead to even higher prices.

Republicans and the fossil fuel industry have said the crisis demonstrates the need for further fossil fuel exploration domestically, but Democrats and environmentalists argue the economic pinch underscores the need to make the U.S. more energy independent, and to invest in green solutions.

So what’s the alternative solution? “[M]ost of my colleagues across the aisle seem to think that the way to reduce your exposure to a volatile commodity is to increase your use of a volatile commodity,” Rep. Sean Casten (D-Ill.) told The Hill in an interview.

If the Russian import ban leads to increased domestic production of fossil fuels, Casten said, “all that’s going to happen is that our country is going to be even more fossil-fuel dependent, we are going to set the world on fire faster for our kids, and we are going to be even more exposed the next time Vladimir Putin or [Saudi Crown Prince Mohammed Bin Salman] or whoever else does something that gooses global energy markets, because I can guarantee that there will be a next time.”

The Ukraine crisis has demonstrated “how the dependence on oil completely destabilizes the lives of working people within our country,” said John Paul Mejia, national spokesperson for Sunrise Movement.

Mejia criticized what he called “talking points from the oil and gas industry” in the U.S. that argue “energy independence will somehow be achieved by depending more so on oil and gas, just American, and that’s a false solution.”

Friends in high places: Members of the administration have also signaled that they view the crisis as highlighting the need to transition.

“This conflict [in Ukraine] has made it clear to us that we should double down and triple down on the transition, and to make it broader, bigger and faster,” Amos Hochstein, the State Department’s energy envoy, said Tuesday at the CERAWeek energy conference.

In a tweet Tuesday, President Biden himself suggested the transition to renewables would be the long-term solution to the energy crunch.

“Loosening environmental regulations won’t lower prices,” he wrote. “But transforming our economy to run on electric vehicles, powered by clean energy, will mean that no one will have to worry about gas prices.  It will mean tyrants like Putin won’t be able to use fossil fuels as a weapon.”

Leaps in digitalization refine the way we live, learn and work. At the center of these transformations are high-powered networks that make connectivity and data optimization possible. Join The Hill’s Steve Clemons for conversations with Sen. Deb Fischer (R-Neb.), Rep. Robin Kelly (D-Ill.), Rep. Grace Meng (D-N.Y.) and more on the role of networks in creating a more sustainable, equitable and livable tomorrow. RSVP here. Virtual Event Invitation—The Future of Education—Thursday, March 17 at 1:00 PM ET/10:00 AM PT

The Environmental Protection Agency (EPA) on Friday proposed a new rule that imposes mandatory reductions of air pollution in numerous U.S. states that blows downwind into their neighbors.

Under the proposed rule, 26 upwind states would be required to reduce ground-level ozone, the main component of smog, emitted by power plants that eventually reaches downwind states.

The proposal includes adding electric generating units in half of U.S. states beginning in 2023. It would also include new emissions standards for industrial pollutants that affect downwind air quality in 23 states beginning in 2026. The agency projects that the changes would prevent some 1,000 premature deaths in 2026 and one million fewer asthma attacks.

Kathleen Riley, an attorney with Earthjustice, told The Hill the organization sees “a lot to like” in the proposal.

A similar rule was proposed under the Trump administration and finalized last year under the Biden administration, but Riley said Friday’s proposal goes further by applying more stringent ozone standards set in 2015.

“It builds on EPA’s approach and does more, so it reduces emissions from power plants and it requires reductions from eastern and western states,” she said

And finally, something offbeat and off-beat: Rock lobster