Today is Monday!  Welcome to Equilibrium, a newsletter that tracks the growing global battle over the future of sustainability. Sign up for the newsletter here: thehill.com/newsletter-signup.

Down on Earth, humans are sweating from unprecedented heat waves and new coronavirus variants. But the long-term viability of our civilization may be at the mercy of more than just climate change and mutant microbes.

NASA Administrator Bill Nelson told CNN on Sunday that he is not ruling out the existence of extraterrestrial beings, after reading the classified version of a U.S. intelligence report on a series of UFO sightings by Navy pilots.

“Are we alone?” he asked. “My feeling is that there is clearly something there. The universe is so big. It’s 13.5 billion years ago when the universe started. That’s pretty big.”

If it turns out aliens are buzzing our planet, maybe that’s good news. First, it means you can get off a planet; second, it means that for decades, they came in peace. But until the astrobiologists tell us more, we’ll focus on protecting ourselves against more tangible challenges — like unprecedented heat in the Pacific Northwest and the continuing battle to pass an infrastructure bill through Congress. 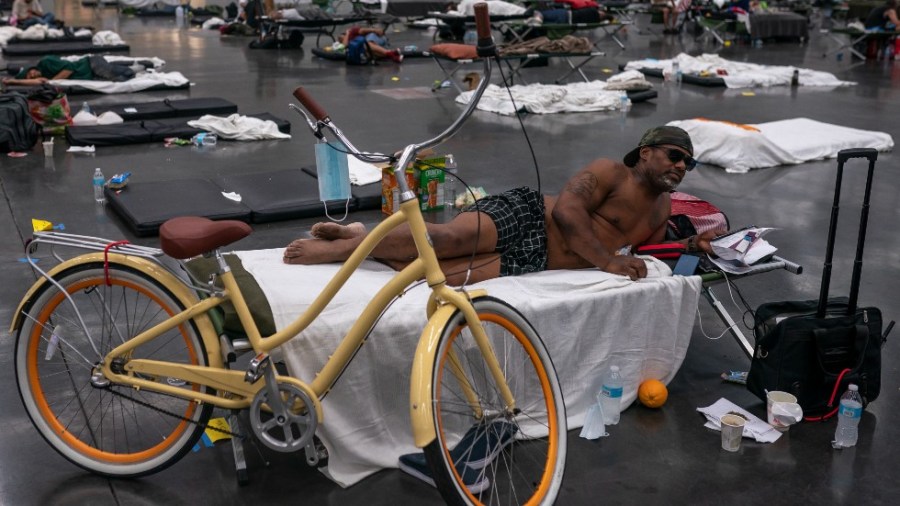 The heat wave roasting the American and Canadian Pacific Northwest has taken on “an intensity never recorded by modern humans” in a phenomenon “more rare than a once in 1,000-year event,” according to CBS News meteorologist Jeff Berardelli.

By Saturday, Portland, Ore., had already broken its hottest-ever temperature of 107 F by climbing to 108 F. Then it toppled that achievement Sunday when the thermometer reached 112 F, which Berardelli described as “staggering.”

Just up Interstate 5, Seattle reached 104 degrees on Sunday. That marked the first time the city had ever had back-to-back 100-degree days, Andrew Freedman reported in Axios.

While temperatures may be on the downswing in a few places over the weekend, most spots across the Pacific Northwest were expected to continue breaking records Monday and Tuesday, The Washington Post reported.

“This region has never experienced anything of this magnitude before,” Berardelli wrote. “Given climate change, should we now expect the unexpected — is this now just becoming routine?”

So how did this happen? These unprecedented conditions are the result of a “heat dome” — what happens when a high-pressure atmosphere traps hot ocean air into an enormous lid.

Over the past few decades, the western Pacific Ocean’s temperatures have risen in comparison to those in the eastern Pacific, generating a strong temperature gradient that causes hot air to rise over the western Pacific, according to the National Oceanic and Atmospheric Administration. That air can then move east with prevailing winds and get trapped under the jet stream, forming the dome.

Paradoxically, the Pacific Northwest heat wave originated as heavy rains in China, which picked up hot air as it moved across the warm North Pacific before piling into the jet stream, Brian K. Sullivan and Naureen S. Malik reported in Bloomberg Green.

Wet air can hold more heat energy, and the downpours across China, meteorologist Jeff Masters told Bloomberg, fed energy into the jet stream, setting off a chain reaction of weather patterns that drove up temperatures in the U.S. and Canada.

“An asphalt future?” Vivek Shandas, an urban sustainability expert at Portland State University, took his 11-year-old son with an infrared camera on a “treasure hunt” for deadly urban temperatures this weekend.

The surface of one entirely concrete area, the duo found, measured 157 degrees. But just across the street, a building covered in a green wall measured 116 F.

The problem of dangerous heat is influenced not only by climate change, but also by the way we build our cities, Shandas suggested at a Monday pop-up session of Andrew Revkin’s “Sustain What?” webcast at Columbia University’s Earth Institute.

Pavement would amplify temperatures in “an asphalt future,” Shandas said — but cities can cut the impacts of dangerous heating if they “green it up.”

He attributed this phenomenon to a “systemic issue.” The hottest parts of Portland today are where minority groups were consigned by discriminatory redlining policies in the early 20th century.

Cooling centers can help —  but do communities feel welcome? One immediate place where these issues come together is the municipal cooling center, where people without air conditioning can take refuge.

During the pandemic, people suffering heat waves without air conditioning have faced a dangerous choice: stay in a sweltering apartment or risk an enclosed space full of strangers.

After the pandemic caused what Shandas described as “a recoiling of community cooling centers,” vaccination has mitigated this fear to some extent, and cities like Seattle and Portland have opened massive, air-conditioned centers.

But Kristie Ebi, of the University of Washington, stressed the importance of both location and communication. She emphasized, for example, that a cooling center should not be housed at a police station in the middle of a marginalized community. Equally essential, she added, is the question, “Does the public even know how to find a cooling center?” 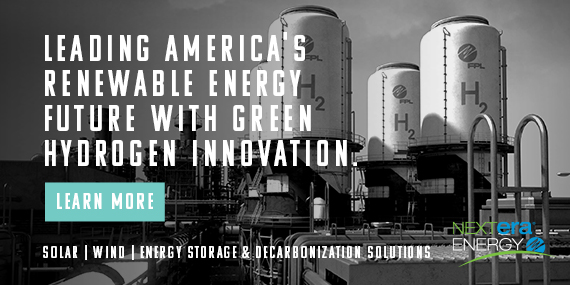 Passing a climate package will be ‘a tense summer slog’

Democrats are walking a tightrope to pass the biggest infrastructure bill since the New Deal, as much of their own party focuses on a separate climate package and as Republicans leave little room for error, Jordain Carney reported Sunday for The Hill.

The fate of the so-called bipartisan infrastructure deal — and of the Biden administration’s best hope for meaningful action on climate change — now hinges on a “tense, summer slog of legislating,” Carney wrote.

Let’s get up to speed. Last week, after Biden reached an agreement with a bipartisan group of 21 senators for $577 billion in new infrastructure spending, Republicans announced cautious support. “If you put your finger up in the air, you’re going to feel a breeze blowing in favor of this bill,” Sen. Bill Cassidy (R-La.) told The Wall Street Journal.

The trouble was, however, that a lot of Democrats can’t accept the proposal without a sizable second bill that will include substantial climate provisions. “If we don’t have an agreement on both, we’re not going to have the votes for either,” said Senate Majority Leader Charles Schumer (D-N.Y.). “Plain and simple.” This led Biden to announce on Thursday that he wouldn’t sign the bipartisan bill without a reconciliation package.

In the face of Republican opposition, Biden then walked back his comments on Saturday — emphasizing that it was not his intent to issue “a veto threat on the very plan” he had just agreed to. Senate Minority Leader Mitch McConnell (R-Ky.) accepted Biden’s retraction on Monday, while demanding that Schumer and House Speaker Nancy Pelosi (D-Calif) also de-link the two bills.

What’s the sticking point? Getting to a bipartisan infrastructure deal meant cutting out a number of measures that climate scientists and international trade groups have argued are immediately necessary to avert the worst impacts of climate change.

For example, Biden’s proposal for $174 billion for electric cars and buses was slashed by 90 percent; his proposed clean energy standard was cut entirely.

Now, Democrats want to add those back — along with, for example, expanded child care and home health care. They would pass this by a process called reconciliation, which would let them approve legislation without Republican support. But to do so, they would have to keep all 50 of their senators together.

What are Democrats pushing for? They see reconciliation as their last chance to pass significant legislation on climate.

To be clear, the bill contains $47 billion for coastal adaptation, and more research and development money for cool technologies like advanced battery storage, as well as new forms of nuclear and geothermal energy.

But those technologies, Jesse Jenkins of Princeton University told Bloomberg Green, “are ones that play a big role in the 2030s and 2040s, not in driving emissions reductions in the short term.” Rather than waiting on innovation, the country can use existing tools to scale up renewables and electric vehicles, as well as increase energy efficiency and drive decarbonization, according to Jenkins.

Meanwhile, for progressives, the bipartisan bill hinges on “a reconciliation bill that substantially improves the lives of working families and combats the existential threat of climate change,” Sen. Bernie Sanders (I-Vt.) tweeted Sunday.

So, the battle lines are drawn. The only way forward for Democrats seems to be the narrow, cautious passage through reconciliation — if they can keep their caucus together.

But even with its future in jeopardy, the Biden compromise has catalyzed further motion on infrastructure. As Arianna Skibell of E&E News reported Monday, members of the House are voting this week on a sweeping package of water and transportation infrastructure.

Takeaway: Jim Kessler, executive vice president for policy at the centrist Democratic think tank Third Way, summed it up: “We’ve moved from one high wire act to another,” he told The Hill Sunday. “This is going to be ‘will it or won’t it’ until it gets to Biden’s desk.” 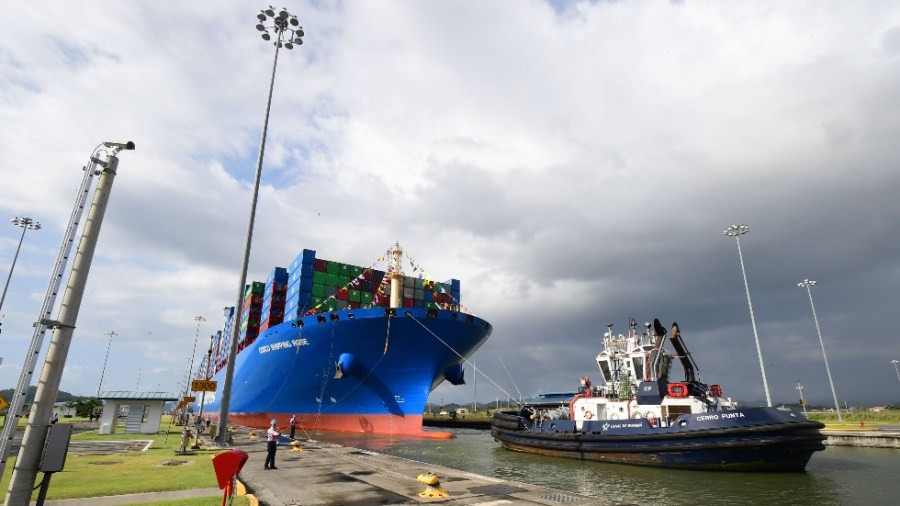 {mosads}Tomorrow, it’s Tree Tuesday. We’ll be at the Financial Times’s Global Carbon Forum, where investors will make the pitch for how carbon markets could save the Amazon — and make fortunes. We’ll also talk this week to the attorney general of California about why he wants to see companies be upfront about their risks from — and impact on — climate.

This is Equilibrium. See you Tuesday evening.