Giant pandas can sit back and enjoy the bamboo — swapping their endangered species status for the slightly less vexing rank of “vulnerable” on Friday.

Chinese officials announced the shift this week, lauding national efforts to replant bamboo forests and expand their wet mountain habitats, while recognizing that pandas remain a vulnerable population of 1,800, Vincent Ni reported for The Guardian. The decision comes five years after the International Union for Conservation of Nature removed the animals from its endangered species list.

The giant yet docile bears have long-played a contentious role in international affairs, once starring as the protagonists in the “panda diplomacy” theater launched by former President Nixon and his Chinese counterparts, Agence France-Presse reported. This pales in their symbolic importance to Chinese sustainability, Foreign Ministry spokesperson Wang Wenbin said at a press conference Thursday, with the species’ recovery reinforcing the concept “that lush mountains and clear water are worth their weight in gold and silver.”

Today we’ll look at far less adorable inhabitants of lush landscapes — the blood-sucking, disease-spreading pests known as mosquitoes, whose behaviors may be shifting due to climate change. We’ll also explore the ways that renewable energy developments are reprising the same dirty land politics as conventional energy — and how that might hurt them in the market. 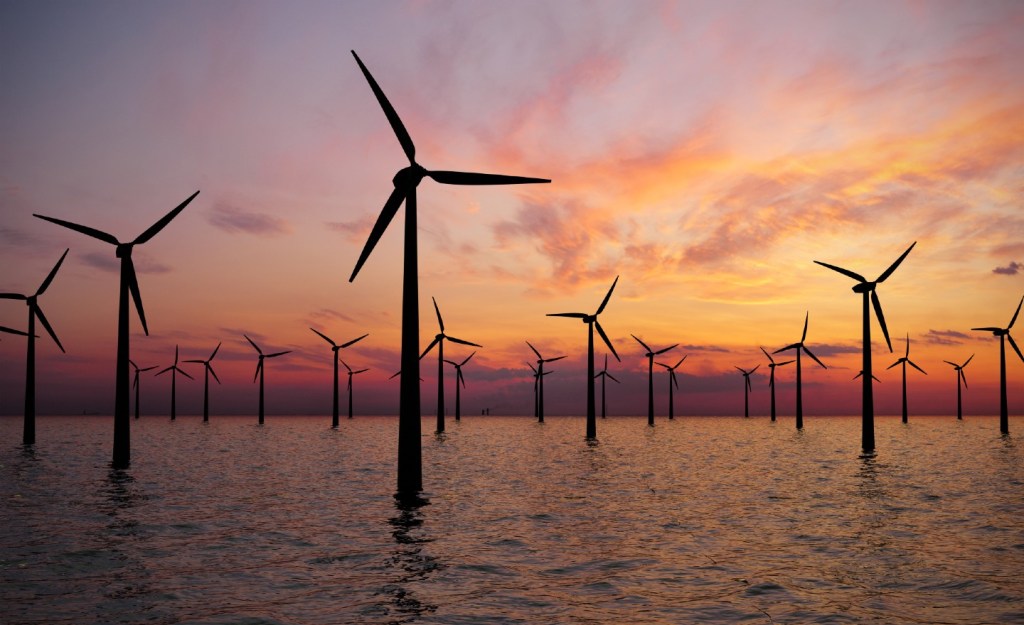 Land conflicts are nothing new for the world of energy and resource development — even for renewables, and even in the United States. What is new is that these conflicts risk turning off investors concerned about social and governance liabilities in the projects they back.

First, Mexico: La Ventosa is a pocket of coastline on the Pacific Coast of Oaxaca state famed for winds so powerful they blow trucks off the road, Peter Millard, Amy Stillman and Sajiel Kishan reported for Bloomberg.

That attracted Électricité de France SA (EDF) to the region, where a new wind park — its fourth in the region — would double the company’s local renewable capacity. But the entry of the company has sparked acrimonious disputes that mimic those in, for example, the U.S. fracking boom, pitting those who paid for wind leases against those who wish to farm as their ancestors always had.

While the end product may be zero-carbon, the process is anything but clean, Michel Forst, a former U.N. Special Rapporteur who studied the dispute, told Bloomberg. “There’s no difference to the way extractive industries operate: taking land belonging to populations, destroying their crops.”

A broader land-rights problem: The dispute at La Ventosa is a further example of why environmental, social and governance (ESG) factors can’t easily be disentangled. As renewables become big business, they are subject to the same potential abuses as other big businesses.

PUTTING THE S AND G INTO ESG

These conflicts are present in the U.S. as well, albeit at a lower simmer. In Hondo, Texas, many locals are angry about a forthcoming mine for rare earth minerals. These are used in many renewable technologies — but the process of getting them is “gross, dirty and polluting,” Aaron Mintzes of the environmental legal firm Earthworks, told Aime Williams of the Financial Times.

Janet Mills, the Democratic governor of Maine, calls herself pro-wind. But on Thursday she signed a law prohibiting offshore wind in Maine’s state waters — pressed by the state commercial fisheries, which (like Mexican farmers) worry about such a project’s impact on their livelihood, Celine Catronuovo reported for The Hill. However, the state still plans to work with the national government to research wind further offshore, in federal waters.

We are used to these sorts of conflicts with mining projects and oil pipelines. Social and governance concerns were as important as environmental factors in stopping the Keystone XL pipeline. As Saul reported for The New York Times Magazine in 2014, farmers were as incensed by the legal seizure of their lands by a Canadian pipeline company as by environmental concerns.

In that case, farmers pressured to lease land to the pipeline company found, as Mexican farmers did with the wind company, that “it was almost like selling their land … once it was rented, they couldn’t use it,” a Mexican official told Bloomberg Green.

Investors are newly critical: The EDF dispute shows that nothing about land-use battles is inherent to fossil fuels. And if the Biden administration gets its way, they could be putting new hydrogen and carbon dioxide pipelines and high tension lines across the U.S.

That will likely kick up resistance — as could the projects funded by a recent investment spike in renewable energy in emerging markets, such as the $250 million BlackRock investment fund announced Thursday, Reuters reported.

BlackRock said in March it would vote against company directors who fail to take “material human rights-related risks” seriously, though it did not name EDF, Bloomberg reported.

Takeaway: “Companies can no longer afford to sweep these issues under the rug,”  sustainability investor Kristin Hull of Nia Impact Capital told Bloomberg. “Justice issues have to be part of due diligence.” 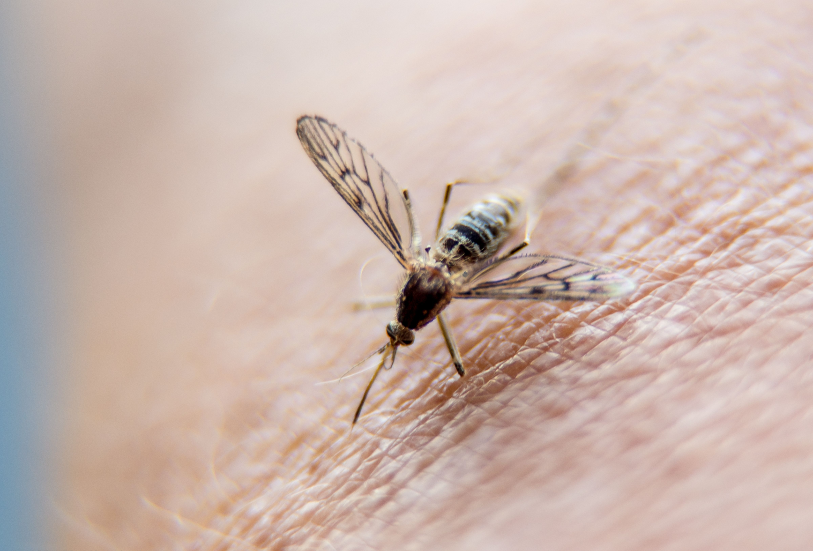 More than 8 billion people — or about 90 percent of the projected global population — could be at risk of contracting malaria or dengue fever by 2080 if greenhouse gas emissions continue to surge, according to a new study cited in The Guardian.

The study found that if emissions continue to rise at today’s rates, resultant temperature increases could extend transmission seasons by more than a month for malaria and four months for dengue over the next 50 years, according to researchers at the London School of Hygiene & Tropical Medicine (LSHTM), who published their work in The Lancet Planetary Health journal.

But the study also showed that low-emission scenarios could reduce transmission seasons and at-risk populations — and thereby “prevent millions of people from contracting malaria and dengue,” Felipe J. Colón-González, assistant professor at LSHTM and one of the report’s authors, said in a news release.

Dengue as the biggest threat: Global heating will likely limit malaria transmission in sub-Saharan African but also make the region more prone to dengue, due to both urbanization and dengue’s ability to thrive at higher temperatures, according to a previous Lancet Planetary Health study, led by Stanford University scientists.

“It’s very hard to say what is ‘better’ or ‘worse’ for public health when comparing two diseases with uncertain futures, but we know that malaria currently causes a major burden in sub-Saharan Africa that is declining,” Erin Mordecai, an assistant professor and Stanford study author, told Equilibrium.

What’s the prevalence of malaria and dengue today? Malaria is transmitted between humans by female Anopheles mosquitoes. About 93 percent of cases occur in sub-Saharan Africa, according to the LSHTM study.

Dengue, meanwhile, is what the authors describe as “the fastest-growing mosquito-borne viral disease in the world.” Most dengue cases occur in the Americas, Southeast Asia and the Western Pacific — transmitted by female Aedes aegypti and Aedes albopictus mosquitoes.

About 219 million people contracted malaria in 2017, the WHO reported — more than the population of Brazil.

ADAPTING TO A MOSQUITO-BORN THREAT

Are there vaccines for these viruses? According to the Centers for Disease Control and Prevention, a malaria vaccine is in phase three clinical testing, and a vaccine to prevent dengue is available in some countries.

Beyond vaccines, the infrastructure for malaria prevention, diagnosis and treatment is advancing rapidly, Mordecai said. But for dengue, she added, similar infrastructure is lagging in sub-Saharan Africa, where she expects that disease to become much more prevalent due to climate change.

Should we expect dengue in North America? Aedes aegypti and Aedes albopictus inhabit parts of North America, and localized dengue transmission has already occurred in the U.S. But socioeconomic factors such as housing quality, plumbing and air conditioning have minimized the burden, Mordecai told Equilibrium. But “there’s always the possibility for dengue transmission with the vectors present and increasingly warm, suitable climates,” she said.

And malaria? Aggressive landscape modification — such as swamp draining, electrification and urbanization — largely eradicated malaria from the U.S. in the 1930s and ’40s, Mordecai explained, noting it was unlikely those trends would be reversed “in ways that would make malaria a major problem again.”

What about other mosquito-borne diseases, such as West Nile? That virus is already showing up in areas of the U.S. this year as mosquito populations boom — which Colorado’s health department attributed to the weather, as Christian Spencer reported in The Hill’s Changing America.

The role of climate change in its spread is still inconclusive: Transmission also depends on population dynamics and immunity of wild bird species, the viruses hosts, Mordecai explained.

What can be done? While vaccines, therapeutic tools and diagnostic developments remain critical, Mordecai emphasized the importance of improving socioeconomic conditions in areas with high environmental exposure to mosquitoes.

Doing so, as well as providing access to clean water and “sustaining equitable development and education are the most important big-picture goals for reducing vector-borne disease burdens and improving lives,” she added. 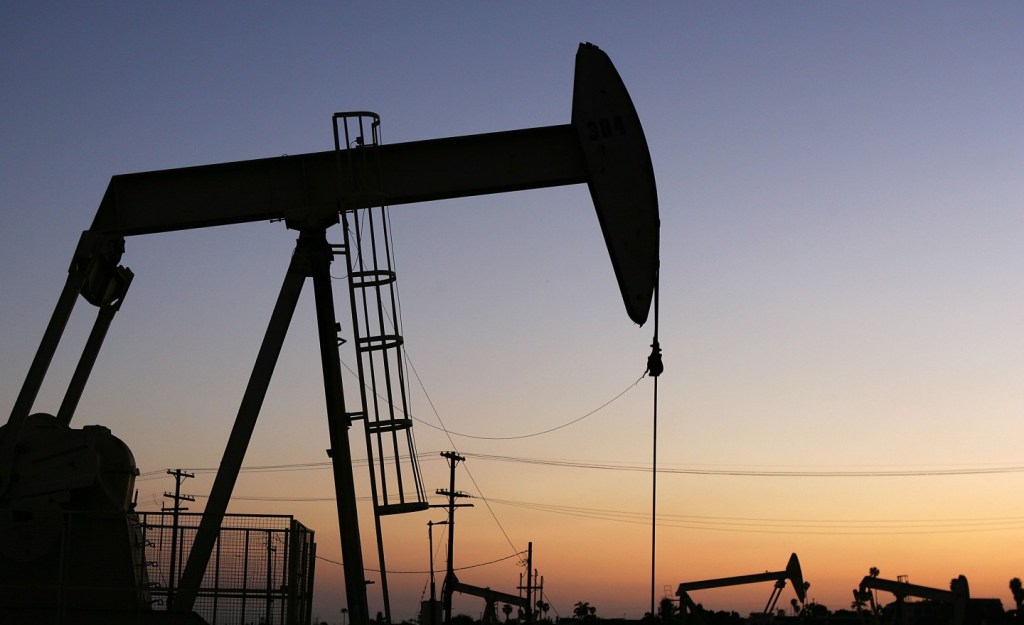 {mosads}That’s the week, folks. Next week we’ll be looking more closely at the role of hydrogen and the oil majors in a transitioning world, and examining what separates a good offset from a bad one.