Today is Monday.  Welcome to Equilibrium, a newsletter that tracks the growing global battle over the future of sustainability. Subscribe here: thehill.com/newsletter-signup.

The origins of the ongoing coronavirus pandemic may never be clear, scientists are warning.

Scientists suspect that severe acute respiratory syndrome (SARS), another coronavirus that killed 800 people in 2002, originated in bats. However, “there is still no smoking gun,” Linfa Wang of Duke University, a Singapore-based bat expert, told The Wall Street Journal. “We have never found a bat that is the source of SARS that humans have.”

That bodes poorly for attempts to identify an unequivocal source for SARS-CoV-2 — the coronavirus that causes COVID-19 — Wang explained, particularly when combined with political obstacles. “No one wants you to find a virus in their country,” he said. That, plus the slow speed of scientific consensus, means it may be years before we know if the coronavirus pandemic came from a lab leak or natural infection, Amy Dockser Marcus reported for the Journal.

We’re looking at two other sources of uncertainty today: What toxins are left by fracking and can a global financial system be built that boosts sustainable technology as a prime feature, rather than an afterthought.

Fracking is even less sustainable — and more dangerous — than we thought 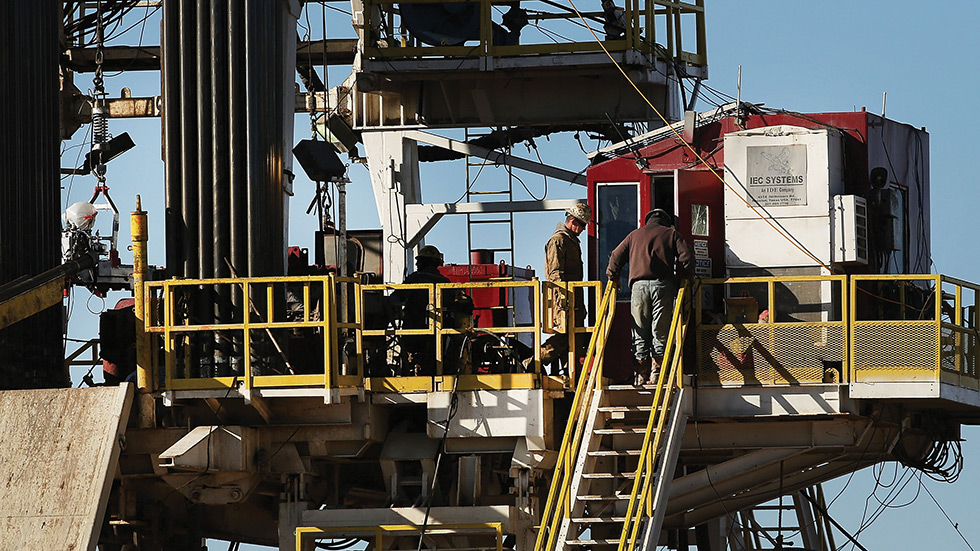 Oil drilling and fracking companies, including Exxon Mobil and Chevron, have been pumping toxic so-called forever chemicals into the ground — all with the knowledge of the Environmental Protection Agency (EPA), a new report has revealed.

The EPA approved the use of these chemicals — per- and polyfluoroalkyl substances, or PFAS —  to help ease oil flow in fracking, according to internal EPA documents from 2011, obtained by the Physicians for Social Responsibility group and reviewed by The New York Times.

While most industries are no longer actively dumping PFAS, these compounds can stick around for decades, poisoning “people, wild mammals and birds,” Hiroko Tabuchi reported for the Times.

And although EPA scientists recommended additional testing, the report said there was no indication that such tests ever occurred.

What exactly are PFAS? They are key ingredients in firefighting foam, as well as in ubiquitous household products such as nonstick pans, makeup and fast-food containers.

There are now more than 5,000 such substances in the environment, and experts link PFAS exposure to kidney, liver, immunological, developmental and reproductive health issues. Nonetheless, the EPA has only opted to establish “health advisory levels” for the two most well-known compounds. Rather than set regulatory standards, the EPA left it up to the states, but most haven’t taken significant action.

Where has PFAS been used for fracking and drilling? Physicians for Social Responsibility stated that oil and gas companies have used PFAS, or substances that can degrade into PFAS, in more than 1,200 wells in six states between 2012 and 2020. While they did not find the exact chemical name they were looking for in an EPA database, fluorinated acrylic alkylamino copolymer, they found other chemicals with related names in the database. The wells were primarily located in Texas but also in fracking hot spots of Arkansas, Louisiana, Oklahoma, New Mexico and Wyoming.

At a webinar following the report’s release Monday, Louisiana-based chemist Wilma Subra stressed that these chemicals have the capacity to contaminate humans directly or indirectly for decades after their use, as schools and other buildings are often built over areas where drilling has taken place.

What can be done? The Physicians for Social Responsibility report provides six recommendations:

“It’s going to take some efforts by citizens to encourage the EPA to take these steps,” Dusty Hewitt, a researcher for the organization, said at the Monday webinar.

Takeaway: This latest report has revealed yet another source from which PFAS may be leaching into our environment. That has led experts to call for action on both a state and federal level. But it is also hard news for fracking companies, who are already finding it increasingly difficult to get capital, as investors become more attune to environmental, social and governance concerns. 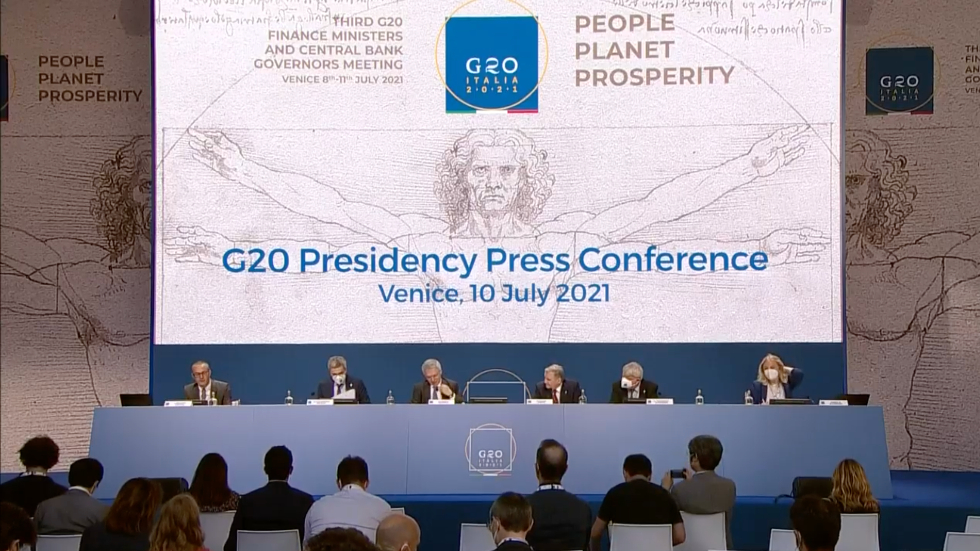 Finance ministers of the Group of 20 (G-20) are throwing their weight behind a global price on carbon emissions for the first time since the intergovernmental organization’s 1999 establishment.

It’s a revolutionary proposal — and yet one that, by itself, risks being just “window dressing,” as Larry Fink, the head of BlackRock told them, according to the Financial Times.

“A dead end” for traditional climate negotiation: “Our international climate policy … is at a dead end,” American Nobel laureate William Nordhaus told the finance ministers of the 20 largest economies, including the European Union, in Venice on Sunday, Leslie Hook and Kristen Talman reported for the Times.

Nordhaus was talking about a generation’s worth of U.N. Climate Change Conferences, the next of which will be Conference of Parties 26 (COP26) in Glasgow, Scotland, in November.

Why?: First, leaders who attend these conferences have consistently failed to agree on measures scientists say are necessary. Even if countries made the emissions cuts they agreed upon at COP21 in Paris, for example, the globe would still be on track for a catastrophic 3 degrees Celsius of warming, according to the U.N.

Secondly, even those cuts have not been made. With the brief exception of the coronavirus pandemic, which caused a 6 percent dip in emissions in 2020, they have continued to rise unabated.

Increasingly, finance professionals are seeing this as a bug in their own industry.

A global infrastructure for carbon reduction: But this weekend, the G-20 finance ministers agreed on one strategy that the U.N. conferences have failed to enact — a global price on carbon. Such a consensus, the Financial Times noted, is a key first step in the EU’s plan to reach a carbon border tax. If instituted, that would function as a tariff on countries, such as the U.S., that have not yet established a carbon tax.

But the broader problem is that the entire global financial system was not set up to “attract more capital into sustainable investments,” Fink told the assembled finance ministers, as Simon Jessop and Gavin Jones reported Sunday for Reuters.

A RETURN OF CENTRAL PLANNING?

Fink’s sustainable investment wish list: BlackRock is perhaps the globe’s largest “universal investor” with $9 trillion in assets — equivalent to about three-quarters the gross domestic product of China — spread across a representative slice of the entire economy. Fink wanted to see:

“Because they’re so broadly diversified, they can press Exxon to stop polluting and GM to make electric cars,” Condon said. “They can pressure supply and demand at the same time.”

This puts the financiers in the ironic position of arguing for the “central planning” long taboo in the West, Condon noted.

Takeaway: Contrary to a generation of economic thinking, this is not a service the market alone can provide, political economist Max Krahé wrote Sunday in the Financial Times.

Many countries in history, he noted, going back to medieval China, had free markets and the necessary technology to kick-start an industrial revolution. But only in 18th century Britain did the market spontaneously birth that transformation “without a deliberate push from above.” 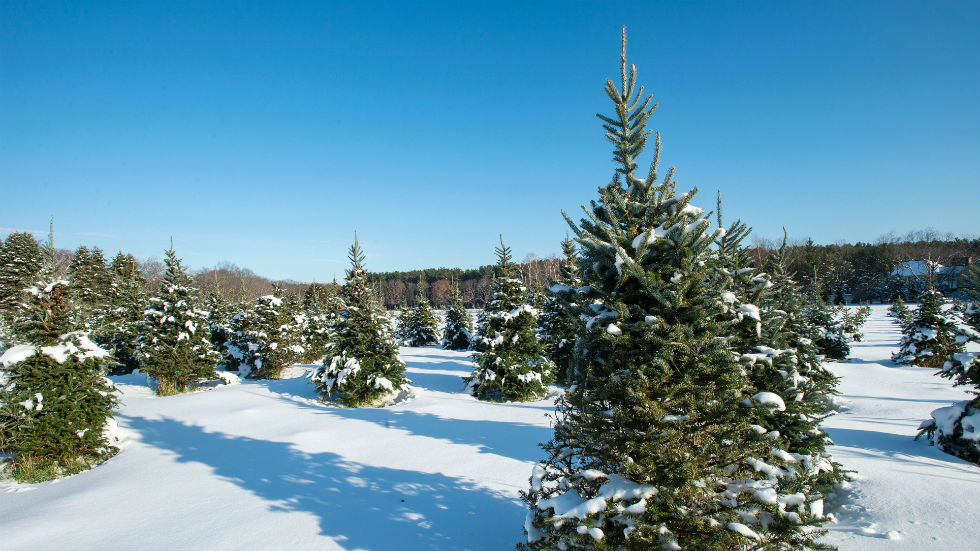 A roundup of the random from around the world: some good, some bad, some ugly.

{mosads}That’s it for today. Please visit The Hill’s sustainability section online for the web version of this newsletter and more stories, and reach out to us with tips. We’ll see you Tuesday evening.

Inside McConnell and Murkowski’s battle over Trump’s impeachment