But the three top Democrats don’t want cannabis to be dominated by existing tobacco and alcohol industries, as Christian Spencer reported for The Hill’s Changing America. The proposed bill would “empower small businesses” over giant conglomerates and invest cannabis tax revenues in communities disproportionately impacted by federal anti-drug enforcement.

On more sober ground, the European Union has unveiled the world’s first carbon border tax as part of a huge emissions package — which could threaten petrostates like Russia, where U.S. climate change envoy John Kerry has been meeting with counterparts this week. 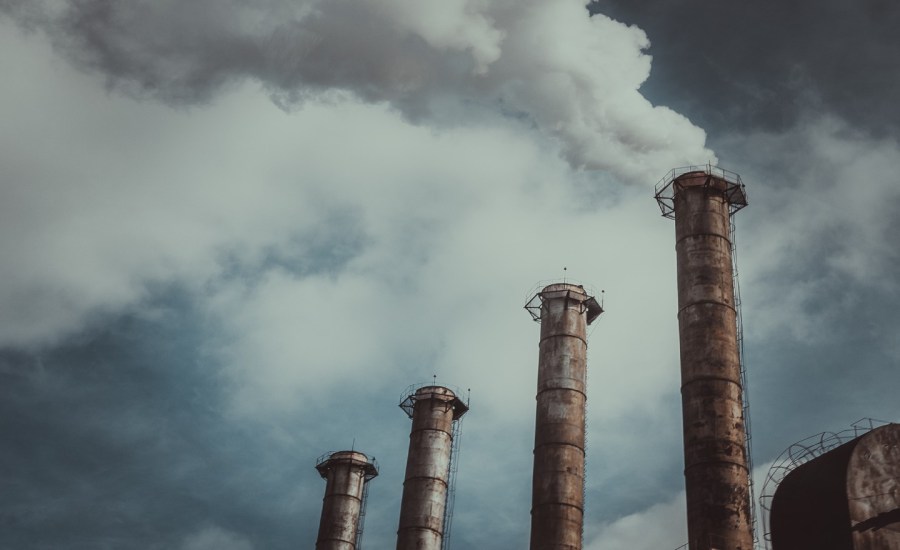 The European Commission has unveiled a package of proposals aimed at cutting carbon emissions by at least 55 percent of their 1990 levels by 2030, the EU announced Wednesday.

The package may signify a “seminal moment in the global effort to fight climate change,” Steven Erlanger and Somini Sengupta reported for The New York Times. But it also has the “potential to set off global trade disputes,” particularly with the U.S., China and Russia, some of the globe’s largest producers — and polluters.

What is the EU Emissions Trading System? The EU’s existing carbon trading is a “cap and trade” mechanism. That means it assigns a maximum amount for each sector to emit, puts a price on carbon, and lets installations buy or sell emissions allowances and trade them as necessary.

What’s changing for energy, efficiency and electric vehicles? A revised Renewable Energy Directive will set an increased target to produce 40 percent of the EU’s energy from renewable sources by 2030 — up from a previous 30 percent — and an Energy Efficiency Directive, meanwhile, will set stronger targets for reducing energy use, while requiring governments to renovate 3 percent of buildings each year.

For ground transportation, new measures include stronger emissions standards for cars and vans, as well as a transition to zero-emission mobility that will bring average emissions of new cars “down by 55% from 2030 and 100% from 2035 compared to 2021 levels.” And to ensure smooth commutes across Europe for a coming fleet of new electric vehicles, a revised Alternative Fuels Infrastructure Regulation will expand charging capacity to keep up with vehicle sales.

In the skies, a ReFuelEU Aviation Initiative will require fuel suppliers to increase the levels of sustainable ingredients in jet fuel, while at sea, the FuelEU Maritime Initiative will set similar rules — though these sectors have so far been among the hardest to decarbonize.

What about the carbon tax? In addition to revising old exemptions and subsidies that “currently encourage the use of fossil fuels,” the EU will establish a new Carbon Border Adjustment Mechanism to put a carbon price on selected imports and ensure that Europe’s climate actions don’t just push “carbon leakage,” by driving up high-emission production elsewhere.

The taxes raised by these measures will pay for a new Social Climate Fund that would provide 72.2 billion euros ($85.4 billion) to help member states finance investments in energy efficiency, heating and cooling systems and cleaner mobility.

WHAT ABOUT THE REST OF THE GLOBE?

So why could these plans “set off global trade disputes?” While the EU sees the Carbon Border Adjustment Mechanism as a way to protect its industries from unfair competition in countries with looser environmental standards, the proposed tariffs could “invite disputes over protectionism,” according to the Times.

Thus far, the Times reported, that carbon price could include imports on high-carbon products like steel, cement, fertilizer and aluminum — influencing goods coming in from China, Russia and the U.S, resulting in fundamentally altered patterns of global trade.

Ministers from China, South Africa, Brazil and India already expressed “grave concern” about the forthcoming Carbon Border Adjustment Mechanism in a joint statement the countries issued in April, Sara Schonhardt wrote for E&E News (available without a paywall at Scientific American). The leaders called for an “avoidance of unilateral discriminatory practices.”

Takeaway: If the EU carbon tax ends up “well-received, it could set the standard for similar border adjustments,” Schonhardt reported. “If not, it could inflame global tensions over international commerce.”

Climate change: Something the US and Russia can agree on 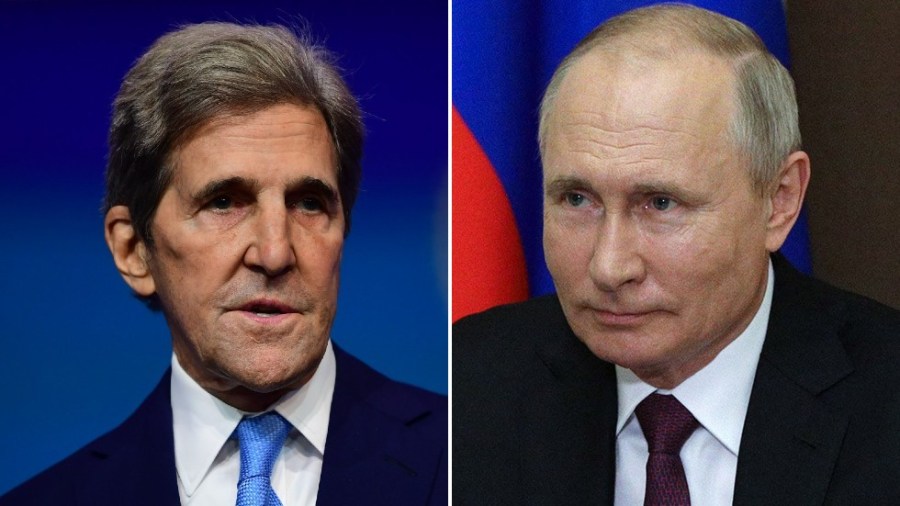 Russian officials, including President Vladimir Putin, expressed interest in partnering with the U.S. to combat climate change in conversations with special envoy John Kerry this week — but offered minimal details about the content of such collaborations.

“Climate change is one of the areas where Russia and the United States have common interests and similar approaches,” a Kremlin statement said, following a Wednesday phone call between Putin and Kerry.

The two officials discussed preparations ahead of November’s U.N. Climate Change Conference in Glasgow, with a particular focus on national decarbonization priorities, according to the Kremlin. They also exchanged perspectives on environmental cooperation in the Arctic, the statement said.

The call occurred as part of Kerry’s three-day visit to Moscow, which has included meetings with Foreign Minister Sergey Lavrov and special presidential representative for climate issues Ruslan Edelgeriyev.

“A depoliticized and professional dialogue”: Putin, according to the Kremlin, told Kerry that Russia is prioritizing emissions reductions goals established in the Paris climate agreement — the 2015 international treaty in which countries set individual reductions goals to help limit global warming to “well below” 2 degrees Celsius.

The Russian president “advocated a depoliticised and professional dialogue in this sphere,” the Kremlin said.

U.S. discussions about Paris have been anything but depoliticized in recent years. In November 2019, former President Trump announced he would withdraw from the treaty, effective a year later. He has long argued that the “unfair” agreement would curb jobs, wages and production, according to a 2017 story in The Hill.

But in January, President Biden signed an order to rejoin the treaty as one of his first moves in the Oval Office.

The U.S. submitted its new first NDC in April, aiming to reduce “net greenhouse gas emissions by 50-52 percent below 2005 levels in 2030” — a plan that serves to create jobs and improve public health, avoiding tens of thousands of premature deaths by 2030.

Russia’s first NDC, submitted in November, sets a target of reducing “emissions by 2030 to 70 percent relative to the 1990 level,” although its approach emphasizes the “absorptive capacity of forests,” with the caveat that the NDC is “subject to sustainable and balanced socio-economic development.” This phrasing could imply that the country is counting on its forests — currently plagued by carbon-emitting wildfire — as an offset to ongoing oil and gas production.

Keeping commitments vague: Kerry met Monday and Tuesday with Lavrov and Edelgeriyev who both promoted partnerships with the U.S. on climate, but provided no substantial details. Edelgeriyev, according to TASS Russian News Agency, discussed a Russian research program for ecological development. After the Lavrov meeting, Kerry described his encounter as “a good start” to tackling the climate crisis, while underscoring the need to advance “global climate ambition on the road to Glasgow and beyond.”

Russia may be reluctant to make specific commitments due to fears about economic impacts to the country’s oil and gas industry, according to Bloomberg. Moscow is particularly worried about the EU’s new carbon tax — part of the emissions package we highlighted above — as the central bank estimates that resultant restrictions could cost Russia as much as $9.7 billion per year, Bloomberg reported.

A shift nonetheless: But experts are noticing a marked shift in Russia’s attitude toward climate change. Igor Bashmakov, a 2007 Nobel Prize Winner, told Bloomberg that Russia’s transition to a low-carbon economy means that “access to new technologies is very significant” to the country.

Kerry, meanwhile, acknowledged “differences in the relationship between our countries” but praised Putin’s participation in Biden’s virtual climate summit in April, Bloomberg reported.

“Clearly we’re looking for rational and predictable components of that relationship,” Kerry said. 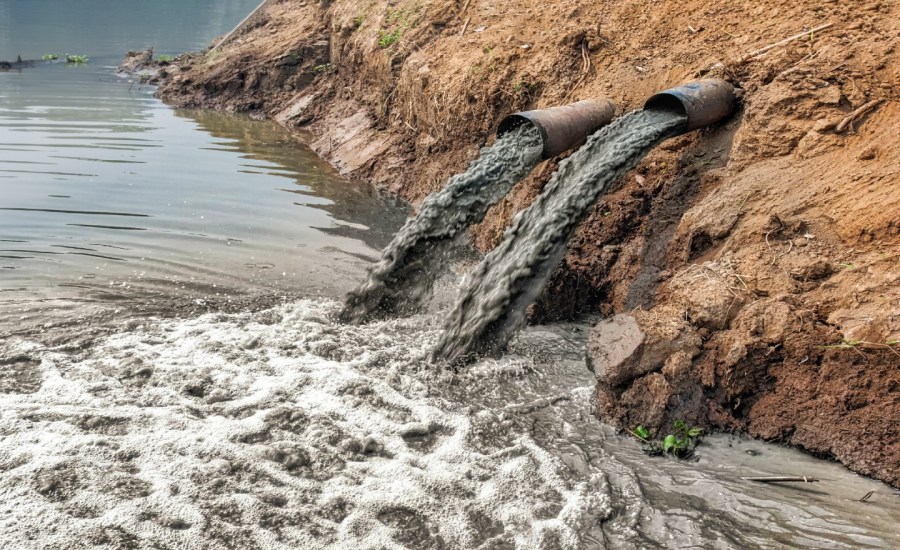 At sea, it’s hard to tell whose oil you carry

{mosads}Back on dry land, one last note: The Democrats reportedly have reached a $3.5 trillion reconciliation deal to fund infrastructure — which would cover major climate measures slashed from the bipartisan deal, The Hill reported.

We’ll have more for you on that soon, as well as coverage on the transformative reach — and unfinished business — of Biden’s anti-competition executive order last week, and the long-lasting danger of “forever chemicals” left behind by fracking.

Please visit The Hill’s sustainability section online for the web version of this newsletter and more stories. We’ll see you Thursday.