Wildfire smoke is wafting from the Pacific Coast all the way to the mid-Atlantic, prompting air quality alerts for D.C., Baltimore and New York City.

But smoke from the devastating wildfires in Oregon and California is now looming over these East Coast skies, leading to code orange air quality alerts in Washington and Baltimore and warnings that vulnerable residents should avoid strenuous activity, The Washington Post reported. In New York City, according to USA Today, “the sun glowed red-orange as haze clouded” the skies.

With an unprecedented early start to the wildfire season that has driven smoke thousands of miles across the continental U.S, the West isn’t alone in suffering from the impacts of climate change this summer. And as Washington coughed on smoke, legislators wrestled over what role climate measures will play in the ultimate infrastructure bill — and how to clean up the PFAS pollution that has become one of America’s more insidious and toxic industrial legacies. 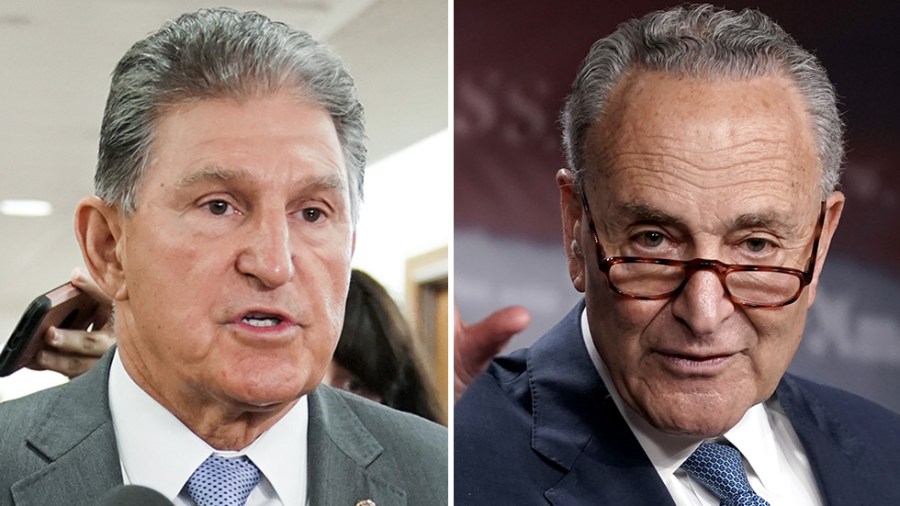 Republicans have blocked a $1.2 trillion bipartisan infrastructure spending bill — one half of a proposed Democratic two-part package — from a proposed hearing on the Senate floor.

It’s a delay for Democrats, whose infrastructure package is coalescing around a broad package of climate, energy and social legislation, which they are edging ever closer to having to pass without Republican buy-in — assuming they can keep their own caucus on board.

First steps: An attempt by Senate Majority Leader Charles Schumer (D-N.Y.) to bring the measure to the floor for debate failed Wednesday, 49-51, Jordain Carney reported for The Hill. But Republican backers of the bill are pushing to take it up formally on Monday.

“We’ve told [Schumer] we’re not ready, so we’re gonna vote ‘no,’ but we will be ready by the end of this week,” Sen. Rob Portman (R-Ohio), a member of the bipartisan group, told CNBC.

Wait — catch me up on infrastructure: Sure. There are two bills to watch. The one that was supposed to be up for a vote today is a bipartisan deal between centrist Republicans and Democrats that would release about $1.2 trillion — or $600 billion new dollars — in spending.

But that package leaves out most climate measures backed by President Biden. So a second, bigger bill hangs over this debate: a $3.5 trillion package that includes a clean energy standard requiring U.S. utilities to cut emissions 80 percent by 2030, with the broader economy cutting by 50 percent, according to The Wall Street Journal.

Virtually all Republicans oppose that second bill, and fear the first bill will “pave the way” for it when Democrats attempt to pass the second this fall, with Vice President Kamala Harris as tiebreaker in the deadlocked Senate, Lisa Mascaro and Kevin Freking reported for The Associated Press.

A FUROR OVER FOSSIL FUELS

A close tie: Tactics like that require every Democrat on board — including Sen. Joe Manchin (W.Va.), who was “very disturbed” by language in the larger bill that implied an end to the U.S. fossil fuel industry, according to Manu Raju of CNN.

Keith McCoy, an ExxonMobil lobbyist caught in a recent Greenpeace sting about the company’s fight against climate science, bragged on video about his weekly calls with Manchin, whom he called “the kingmaker,” Matt Egan reported for CNN.

Well, fossil fuels have been good for West Virginia, right? No, it turns out. The Ohio River Valley Institute found the economic impact of fracking increased the gross domestic products of 22 counties in Pennsylvania, Ohio, and West Virginia — what the report called “Frackalachia” — to three times the national average. But very little of that money entered local communities or employed local people, the group found.

Reconciling the two bills is going to be a long summer slog for progressives — and a hard choice for Republicans and conservative Democrats who want infrastructure but are reluctant to turn off the tap on fossil fuels. 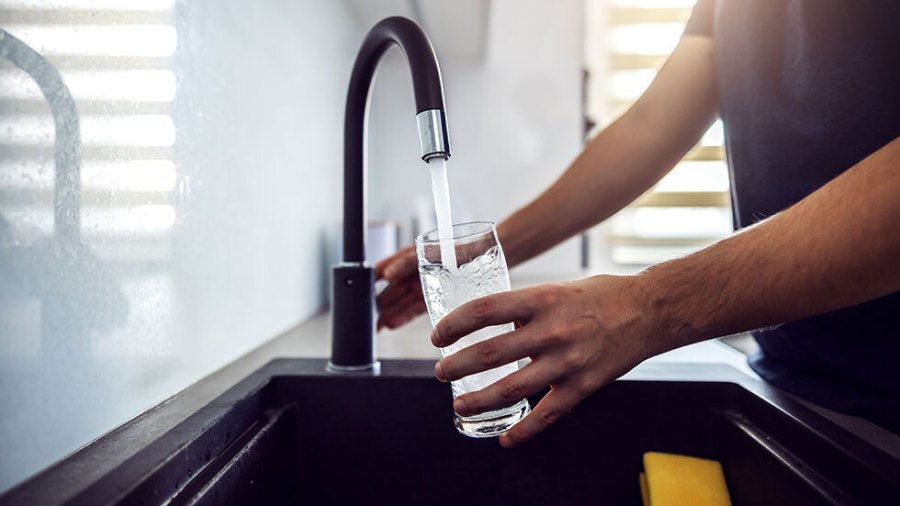 The House on Wednesday approved a bill — in a 241-183 vote — that would require the Environmental Protection Agency (EPA) to establish national drinking water standards for “forever chemicals” — a group of toxic compounds linked to kidney, liver and a variety of other health issues.

The PFAS Action Act of 2021, introduced by Michigan Reps. Debbie Dingell (D) and Fred Upton (R), would demand that the EPA regulate the most common perfluoroalkyl and polyfluoroalkyl substances — PFOA and PFOS — within two years of passage, as well as designate these two compounds as “hazardous substances” under the Superfund law within a year. To date, the EPA has only established “health advisory levels” — essentially, a recommendation — for PFAS compounds.

“Nearly every American has PFAS coursing through their blood,” Dingell said, during a debate on the House floor prior to the Wednesday vote.

What are some other measures of the act?

The EPA would be required to weave PFAS enforcement into its larger hazardous materials regulations, directing it to

The bill also tightens standards for PFAS disposal and labeling by:

Putting the focus on science and health: “This approach puts the focus on following the science, by tailoring testing to relevant subgroups of PFAS and focusing regulation on the riskiest chemicals,” Rep. Frank Pallone Jr. (D-N.J.) said during Wednesday’s debate.

At a Bipartisan Congressional PFAS Task Force meeting Wednesday morning, Rep. Jason Crow (D-Colo.) said “the water that we do have we treasure, we protect and we make sure it’s clean.”

“What we value more than water is the health of our children,” Crow said.

A CHANCE TO REWRITE HISTORY?

A contentious history: A previous version of the PFAS Action Act passed the House in January 2020 but stalled in the Senate after facing a veto threat from former President Trump. While a Senate companion bill has yet to be introduced this time, President Biden has indicated his support for the House bill.

During Wednesday’s debate, Speaker Nancy Pelosi (D-Calif.) said Senate Minority Leader Mitch McConnell (R-Ky.) “senselessly refused to take it up in the Senate” when he served as majority leader.

Many Republicans are still opposed: Rep. Cathy McMorris Rodgers (R-Wash.) condemned the bill as “overwhelming heavy-handed and unscientific.” Rep. Tim Walberg (R-Mich.) called the bill “sincerely well-intended” but said the Congressional Budget Office was unable to assign a budgetary score to such expansive legislation, which would be a “hamstring to our small businesses.”

Rep. Larry Bucshon (R-Ind.), a heart surgeon, criticized the authors for failing to include an amendment that would exempt PFAS use in medical devices — suggesting that the current bill’s text could jeopardize access to life-saving drugs. Dingell disputed this claim, arguing that the bill would not ban PFAS in such devices, drugs or personal protective equipment.

“We will not relent”: Both Dingell and Pelosi emphasized the adverse health effects related to PFAS exposure, with the latter stressing that the compounds are “exposing millions of Americans to health risks.”

“We are making clear that this legislation is a priority for the American people, and we will not relent until it is enacted,” Pelosi said.

Click here to read the full story on the bill’s passage, and click here for an interview with Dingell. 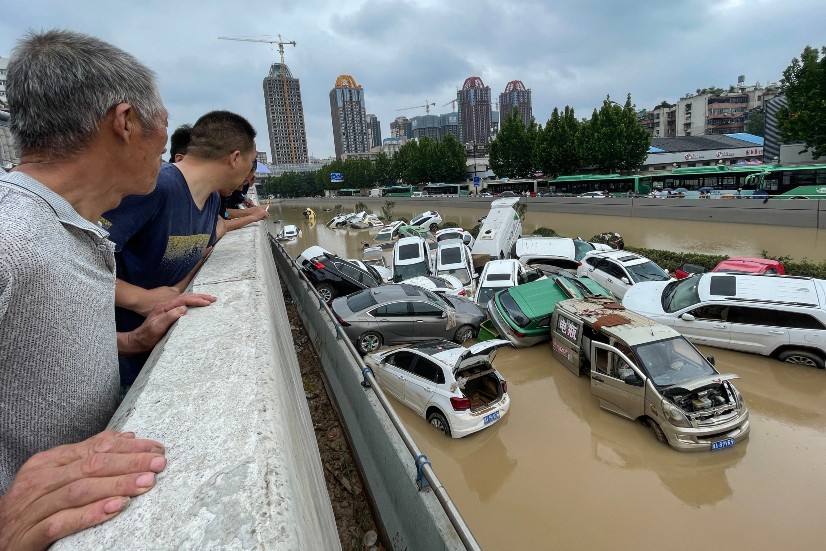 Over three days, a year of rain falls on Chinese city

{mosads}That’s all for today. Please visit The Hill’s sustainability section online for the web version of this newsletter and more stories. We’ll see you Thursday evening.

Smart meter monitoring can help conserve water — but not without a fight, researchers find

Powell: Fed will keep raising rates, but at slower pace