Dirty diapers may soon be destined for your desk instead of your local dump, where some 3.5 million metric tons of these portable potties pile up each year.

Scientists at the University of Michigan have developed a technique to untangle the superabsorbent polymers that line the inside of diapers and recycle them into materials similar to the adhesives used in sticky notes and bandages, according to a new study published in Nature Communications.

“Superabsorbent polymers are particularly difficult to recycle because they are designed to resist degradation and retain water permanently,” author Takunda Chazovachii said in a statement to ScienceDaily, noting that both are derived from acrylic acid. “This common origin inspired our recycling idea.”

As Sharon contemplates whether these scientists might also have some inspiration for potty-training a toddler, we’ll turn to another group of researchers, who have identified how Australian brush fires disrupted the climate — at least temporarily. We’ll also look at studies that provide a dashboard for the world’s most endangered forests — the first step to keeping them alive. 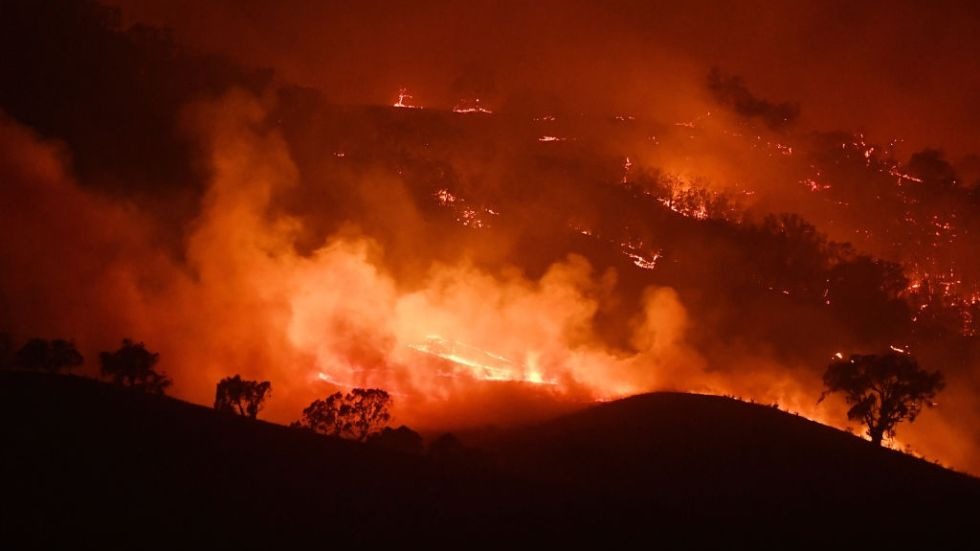 Smoke plumes from Australian wildfires had the biggest impact on the Earth’s climate last year, even more so than the pandemic-related lockdowns, according to a new study, as The Hill reported.

The Australian fires cooled the Southern Hemisphere so much that they ended up lowering the planet’s average surface temperatures, researchers wrote in the peer-reviewed study published Wednesday in Geophysical Research Letters. Coronavirus lockdowns, on the other hand, had a slight warming effect on the planet, as reduced emissions led to clearer skies over many cities.

“The main climate forcing of 2020 wasn’t COVID-19 at all. It was the explosion of wildfires in Australia,” John Fasullo, a scientist at the National Center for Atmospheric Research and lead author of the study, said in a statement Wednesday.

A “forcing” is climatologist speak for any physical factor — sunlight, an increase or decrease in carbon dioxide — that nudges the climate system toward change.

Wait … wildfires cooled the planet? Yup. The plumes of smoke emanating from the 2019-2020 brush fires stretched into the stratosphere and ended up circling much of the Southern Hemisphere, Fasullo and his colleagues observed.

Sulfates and other smoke particles from the flames interacted with clouds to make their droplets smaller, which in turn reflected more incoming solar radiation back to space. With less solar radiation available to absorb, the Earth’s surface became noticeably cooler.

How much did the fires cool the Earth? By about 0.06 degrees Celsius, within six months. By comparison, the scientists projected that the pandemic-related lockdowns of 2020 will result in a gradual average warming worldwide of about 0.05 degrees Celsius by the end of next year.

Are you saying wildfires are good? Absolutely not. The global cooling effect was temporary. And researchers fear they may alter the trajectory of climate systems long term. In addition to devastating lands and lives, wildfires may have ramifications on the entire climate system, causing bands of warmer weather elsewhere.

One other complicating factor: Those fires also released about 900 million tons of carbon dioxide, according to NBC. While some of that was offset by immediate regrowth, most will remain in the atmosphere. Wildfires may emit a lot of carbon dioxide, but Fasullo stressed that this is just “a drop in the bucket in terms of anthropogenic emissions.”

WILDFIRES ‘NOT JUST A SLAVE’ OF CLIMATE

If the cooling was transient, why do we care? Because such events are beginning to “happen all the time,” Fasullo told Equilibrium. As wildfires become more frequent, he explained, the repeated occurrence of such transient “cooling pulses” might make a lasting contribution to the larger climate system.

One reason fires might be so disruptive is that when they inject huge amounts of sulfates and other particles into the atmosphere, they push tropical thunderstorms northward from the equator, potentially influencing the El Niño and La Niña warming and cooling cycles in the tropical Pacific Ocean, according to the study.

Scientists are already seeing that these effects may have applied to both Australia and wildfires in the Pacific Northwest. Fasullo said he and his colleagues are currently researching whether 2017-2018 fires in British Columbia, Canada, played a role in triggering an El Niño in 2018-2019.

Meanwhile, their simulations have suggested that the Australian brush fires did trigger the La Niña event that ended recently.

What about current wildfires? It’s still too early to know whether the current Western wildfire season will be worth exploring, Fasullo said that “the way things are developing for Canada in particular, that may end up being a season that we want to look at.”

Takeaway: With smoky skies becoming a ubiquitous feature of the American summer, Fasullo said it should come as little surprise that fires may have “grown to a point where they can alter the climate state.”

“Wildfires are an interactive component of the climate system, not just a slave of it,” he added. “They have the potential to alter the trajectory of year-to-year climate and also of the long-term climate.”

Mapping threatened tropical forests is the first step to saving them 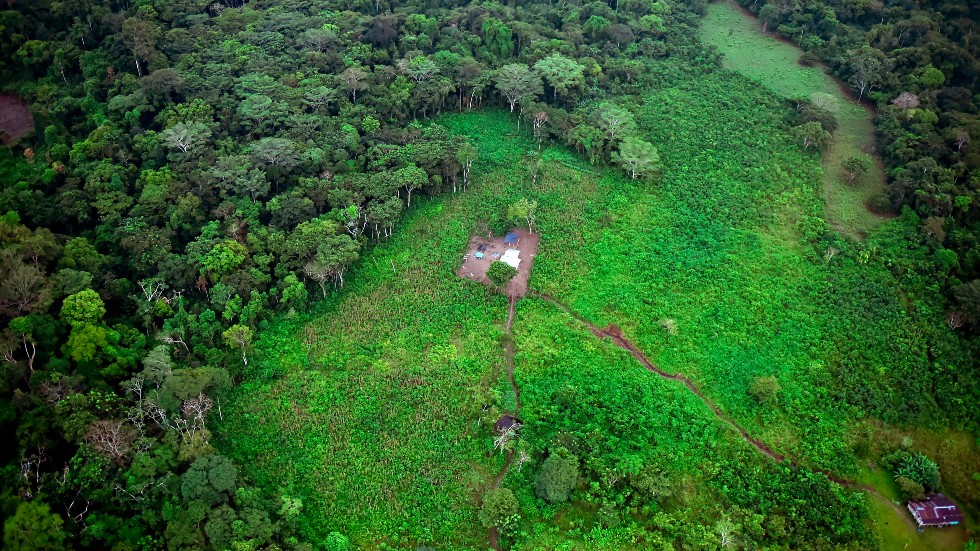 More than 375,000 square miles of critical “virgin forest” are located inside areas leased for oil, gas and mine development, Malavika Vyawahare reported for Mongabay.

Those projects — which take up an area more than twice the size of California and encompass nearly one-fifth of all intact tropical forests — threaten to disrupt forest landscapes needed to hold down gigatons of carbon, the equivalent of decades of fossil fuel emissions, particularly in the Amazon and the forests of Africa’s Congo Basin.

But investors and states alike are also under greater pressure — and have greater tools — to cut carbon losses and protect those landscapes.

First steps: A joint peer-reviewed study carried out by the Wildlife Conservation Society and World Wildlife Fund, and funded by Ikea, tracked areas where leases overlapped with “intact,” or mostly undisturbed, tropical forests, which hold an outsized amount of carbon.

Between 2000 and 2013, Vyawahare wrote, the world lost 7 percent of its remaining intact forest, which amounts to 77 square miles — the equivalent of Cleveland — each day.

The danger to forests is less the projects themselves than the infrastructure — roads and pipelines — that oil and mining operators build. These additions fragment forests, opening them up to settlement, illegal logging and ultimately collapse, as Saul reported from the Amazon in 2015 for Al Jazeera.

A new tool for tracking endangered forests: We also have tools to monitor that danger and correlate it with national jurisdictions and U.S. and European leaseholders.

The Tropical Forest Vulnerability Index, developed by NASA’s Jet Propulsion Laboratory, uses decades’ worth of satellite data to identify the warning signs that a forest might cross the “tipping point” into collapse.

This can “help policy makers plan for conservation and restoration of these forests,” model developer Sassan Saatchi said in a statement to Science Daily.

The critical danger signs differ across forests — the Amazon, for example, is more vulnerable to drying than the Congo Basin, and the jungles of Southeast Asia are the most vulnerable to land-clearing — but all display “strong interactions” among human use, climate change and biodiversity, according to Science Daily.

ANOTHER WAY TO MAKE MONEY OFF FORESTS

A tottering stool: These factors are three legs of a single stool — when one goes, the others follow.

Areas that are “disturbed or fragmented” — a product of extractive projects — display “almost no resilience to climate warming and droughts,” Saatchi said, and rainforests in general are “losing their capacity to cycle carbon and water as before,” with grave climate implications.

This process is slow on the scale of continents, but rapid for regions like the Amazon — which the NASA study found was most at risk, and which has already begun to emit more carbon than it absorbs, as Lauren Vella reported for The Hill.

Meanwhile, Brazil’s government — which is trailing in the polls as October’s election looms — is pushing further reforms to weaken forest protections and legalize settlements, Débora Pinto reported for Mongabay.

An alternative source of value: Many such leases, however, belong to multinational companies based in countries that have begun to talk tough on climate — such as Luxembourg’s ArcelorMittal, the U.S.’s Alcoa, and Canada’s First Quantum Minerals, according to the World Bank — and most, according to the Wildlife Conservation Society and World Wildlife Fund study, are still in exploratory phases.

Or avoid it entirely: The rise of carbon offsets, in which carbon polluters pay (for example) to protect forest landscapes, offers one potentially lucrative alternative, Jess Shankleman and Akshat Rathi reported for Bloomberg.

That alternative has meant, for example, $150 million in payments for Gabon to protect its forests, Jim Tan reported for Mongabay.

Takeaway: All the mining and oil projects identified will need three things to proceed: investment, insurance and customers. That provides many levers in the broader business ecosystem for both regulators and the private sector to avoid the loss of vital forests — if they are willing to act.

Wednesdays Around the World 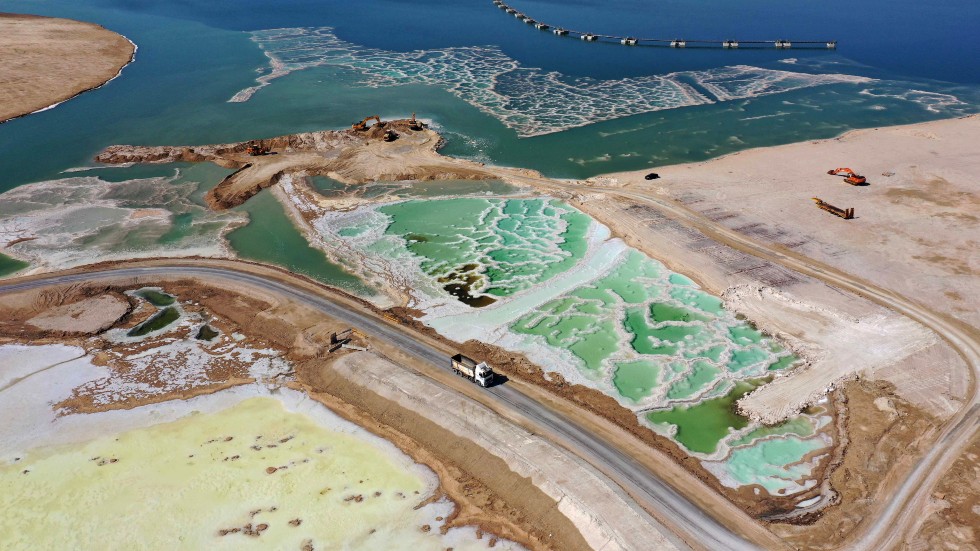 {mosads}And just like that, the week is more than half over. Please visit The Hill’s sustainability section online for the web version of this newsletter and more stories. We’ll see you Thursday night.