The amount of ice that melted Tuesday in Greenland would be enough to cover the entire state of Florida in two inches of water, CNN reported.

Greenland lost more than 8.5 billion tons of surface mass on that single day, and 18.4 billion tons since Sunday, as the island experiences its most significant melting event of the year, according to the Denmark Meteorological Institute. Though this week’s melt is not as extreme as a similar event that occurred in 2019, the area of the ice sheet that is melting is bigger.

“In previous decades or centuries, it’s extremely rare to get above freezing temperatures at the summit of Greenland,” Ted Scambos of the University of Colorado’s National Snow and Ice Data Center told CNN.

As Greenland continues to melt, much of the Western U.S. remains in flames — and Northern California’s Pacific Gas and Electric (PG&E) is now facing criminal charges for its role in a regional wildfire last year. Meanwhile, oil companies are promising to spend some of their windfall from rising plastics consumption on a “low-carbon future” — but is it enough to make a difference?

Across a scorching West, the grid crackles 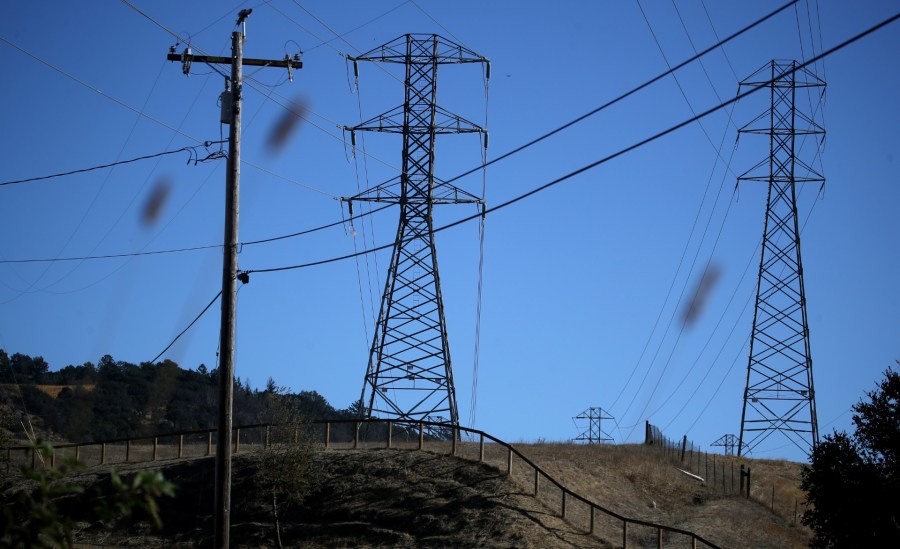 PG&E is facing criminal charges after a Northern California prosecutor determined that its equipment sparked a deadly wildfire last year — a move that calls into question both the financial and logistical viability of America’s vulnerable power grids.

PG&E called the devastation “heartbreaking” but also said it has already resolved civil claims with Shasta County and is in settlement negotiations with victims “in an effort to make it right,” according to the AP.

What’s going on with PG&E? The company has had a bad few months, and it warned of “probable” financial losses Thursday, as The Mercury News reported, due to the ongoing Dixie fire that was also likely triggered by PG&E equipment. Those losses could occur if the company doesn’t have enough insurance to cover costs associated with the Butte County fire.

PG&E’s financial problems aren’t new. Survivors of California’s 2018 Camp fire — another PG&E-related fire that forced the firm into bankruptcy — have yet to receive compensation, as we reported.

Past PG&E liabilities have also been linked to fires in Amador and Calaveras counties in 2015 and the North Bay Wine Country in 2017, The Mercury News reported.

TROUBLE ACROSS THE NATIONAL GRIDS

Texas feels the heat: This string of liabilities — in which faulty equipment has triggered wildfires — speaks to a systemic issue that America’s outdated electric grids are facing.

Texas’s main grid operator projected that power demand would reach its highest point this year as temperatures rose Friday, according to Reuters. While the operator maintained there was enough supply available to meet demand, Friday’s heat wave came less than six months after a deadly winter storm overwhelmed that same grid and left Texans in the dark for days.

That situation was especially dire because “the Texas power grid is essentially an electrical island” — without federal oversight or power exchange across state lines, as The Wall Street Journal reported.

It’s not just Texas and California. A group of Oregonian homeowners asked the local Eugene Water & Electric Board to turn off their electricity during September’s fire season, fearing that an area storm could ignite more flames, The New York Times reported.

But as storms strike substations around the country, most electricity providers have yet to study how extreme weather could thwart their current setups, according to the Times.

But there are solutions: Caroline Winn, chief executive of San Diego Gas & Electric, told the Times that she has received consultation requests from Oregon to Australia, due to San Diego’s experience deploying technologies such as drone monitors, burying power lines and converting wood poles to steel.

“This is not only a California problem,” Winn said. “This is a world problem.”

In New York, Con Edison spent $1 billion installing new storm walls, pumps and submersible equipment that could withstand flooding in the aftermath of Hurricane Sandy, while partnering with Columbia University to prepare a climate risk assessment, the Times reported.

Takeaway: Extreme weather events triggered by climate change are outpacing the preparedness of grid operators, leading to significant financial losses — and sometimes, significant losses of life. But by reprioritizing investments and planning schemes, there are tangible steps that these companies can take.

Rise in oil prices a mixed (plastic) bag for sustainability 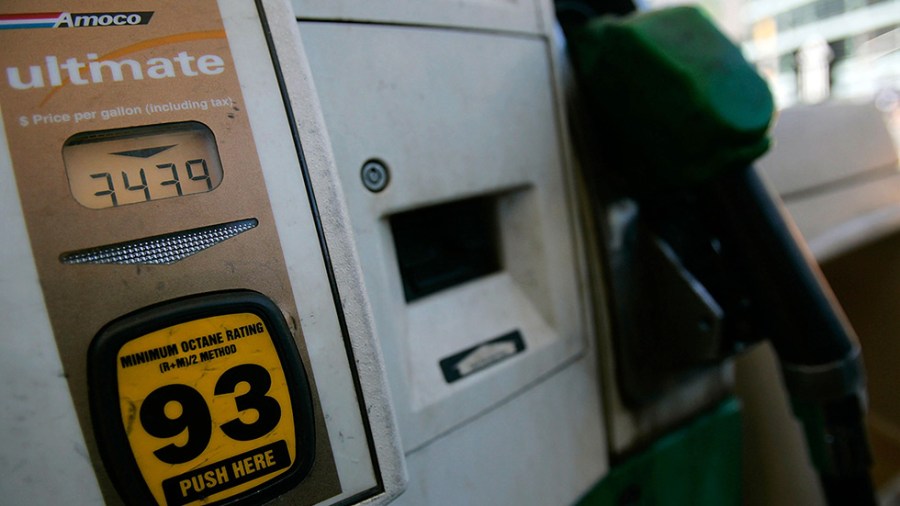 A rise in demand for plastic packaging is driving a spike in oil prices that has seen companies like ExxonMobil, Shell and Chevron rebounding from their 2020 losses. Enough money has come pouring in for the companies to start spending it on shareholder dividends and stock buybacks.

But all three oil majors are promising to put some of that money into future investments in low-carbon fuels, carbon capture and other products seen as long-term replacements for fossil fuels.

But they have a long way to go. The technologies they’re investing in remain unproven at scale, Democrats in Congress are skeptical of their sincerity and the American oil sector itself is split over key questions about the future of the industry.

First, the numbers: Exxon had its biggest quarterly earnings in a year, which were driven largely by record-breaking profits in its plastics and chemicals division, which at $2.32 billion this quarter were a fivefold increase from last year, according to Reuters.

It’s a “much-needed lift” for Exxon CEO Darren Woods, who caved to pressure from activist investor Engine No. 1 and multinational firm BlackRock to replace three seats on its board with candidates who promised to oversee the company’s transition to a future dominated by clean energy, according to Bloomberg.

Exxon’s plans “will reflect the continued development and deployment of needed technologies,” Woods said in a conference call with investors Friday, according to the AP. He discussed intentions to work on “developing lower-emission fuels” and to cut emissions from methane leaks in the Permian Basin — a large oil and gas producing region in Texas and New Mexico. Woods also promised to expand Exxon’s carbon capture facilities in Wyoming and to invest in a new carbon storage facility in Scotland.

In this initiative, Exxon mirrors actions taken by other majors, such as Chevron, which the Financial Times reported was setting up a “new energies” line for fuels like hydrogen, and Shell, which told investors that any future spending increases above its current planned $22 billion a year “will go mostly towards low-carbon businesses,” according to Reuters.

So is Big Oil green now? Well, no. That Exxon facility in Scotland, for example, would only store about 5 million metric tons of carbon dioxide per year. That’s less than 5 percent of Exxon’s current annual emissions — which doesn’t account for the actual emissions of the oil being burned.

Problems with plastic: It’s not just a matter of spending. Many of the industry’s cherished solutions are either unproven frontier technologies or have failed to work at scale.

On Thursday, a Reuters report examined a push in the petroleum industry to recycle plastics by turning them into fuel — and found a cavalcade of failure and collapsed businesses.

A trade group in the crossfire: The growing pressure from investors on climate change is in tension with the oil industry’s entrenched businesses based on burning carbon — which is dividing the American Petroleum Institute (API), historically an opponent of climate science and the energy transition.

Now it is being pulled in battle among more progressive energy companies, such as Paris-based TotalEnergies, and independents like Marathon, The Wall Street Journal reported.

The oil sector is riddled with uncertainty and division in the oil sector: TotalEnergies, which has rebranded itself as an electricity provider, left in January because API was not moving fast enough toward the energy transition, the Journal reported.

Marathon, meanwhile, is considering leaving API over the advocacy of “green policies” by companies like Exxon, according to the Journal. 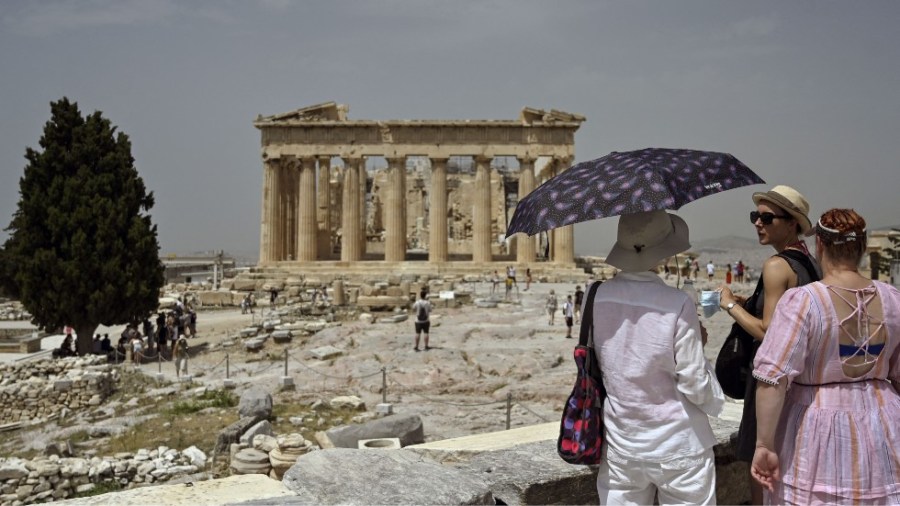 Greeks warned not to work outside in heat wave

In the EU, a boom in electricity has come without more carbon emissions

{mosads}Stanford University has become the latest academic institution to open a dedicated sustainability program. Administrators say that the program aims to “drive new technology and policy solutions” with the establishment of the university’s first new school in 70 years.

Please visit The Hill’s sustainability section online for the web version of this newsletter and more stories. We’ll see you next week.