California’s Dixie fire erased the town of Greenville on Thursday, destroying more than just buildings in its path.

There was the roll-top desk that once belonged to local artist Margaret Elysia Garcia’s grandfather, which held “every journal she’s written in since second grade.”

All gone, she told The Associated Press, in a fire that “took our whole town.”

And tempers are high. Although a well-timed evacuation spared everyone’s lives, memories and valued objects went up in smoke — and some residents pulled guns on firefighters as they resisted leaving, incident manager Jake Cagle told the AP.

But the Dixie fire (now the nation’s largest) is just the beginning. Today we’re bringing you something a little different. We’re taking the full issue to survey the impact our recent spate of weird weather is having on economies and political systems throughout the world — and offer some low-hanging fruit of adaptation. 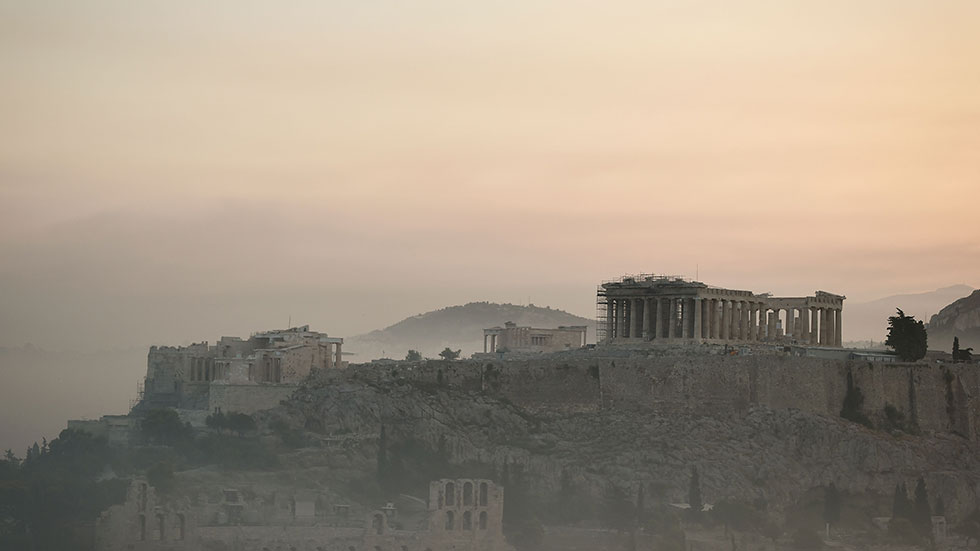 Dangerous heat and rampant wildfires across the southern parts of Greece, Turkey and Italy have disrupted the tourism industry’s badly needed respite after its first post-lockdown high season.

In Athens, the Acropolis was closed due to the threat from extreme heat, which Eleni Myrivili, Athens’ first ever chief heat officer, called “a subtle, slow and invisible kind of enemy,” according to The Guardian.

But not so subtle: Across the sea in Turkey, 180 fires have ignited since July 28, killing eight people and forcing the evacuation of 36,000 with hundreds fleeing the burning coast by boat.

On Thursday, workers at a coal-fired power plant narrowly evacuated explosive fuels from a fire in Turkey’s southwest.

One viral photo on Turkish social media caught the mood: A young boy in an inflatable ring standing before a crystalline sea, watches a firefighting plane sail through a red, smoky sky.

Climate crisis exacerbates political unrest: In a country already beset by partisan division and culture-war infighting, the recent fires have heightened dissatisfaction with President Recep Tayyip Erdoğan’s Justice and Development Party, according to the Financial Times.

Opposition leader Saruhan Oluç slammed the government for both its “failure to ratify the climate change accords” and “lack of preparation,” which required Turkey to scramble to borrow planes from other Mediterranean countries, the Times reported.

But on a deeper level, the fires showed how one disaster can fracture preexisting stresses in a society.

In Turkey, pollster Bekir Ağırdır said people’s frustrations with “everyday problems” like “the pandemic, unemployment, inflation, floods, fires” are strengthening “the feeling this government cannot solve these issues,” according to the Times.

IN THE CENTER OF THE CONTINENT, CRISES COLLIDE

Further west, some spots in Europe are encountering multiple meteorological disasters at once.

Italy cut in two: As wildfires surge in Italy this summer, the country’s north “has been plagued by severe flooding and landslides in recent days,” The Guardian reported. Heavy rainfall caused Lake Como, in the Lombardy region, to overflow on early Thursday morning.

“Flooding and intense rains in the north, fires in the south – the country has been split in two,” said civil protection authority chief Fabrizio Curcio.

German winemakers fear wipeout: But among the countries hit hardest by floods this season is Germany, where damage from heavy rains last month was “among the worst to hit Germany since the Second World War,” according to Financial Times.

In addition to killing more than 180 people, as well as leaving dozens missing and hundreds homeless, the floods ravaged an industry that is critical to Germany’s Ahr region: winemaking.

As winemakers scramble to prepare for this fall’s harvest, the industry has already lost about 50 million euros ($59 million), the Times reported.

The Ahrwein trade association’s director estimated that nearly 10 percent of their growing area had been lost and machines, filters and presses had significant damage. “Those vines stood for hundreds of years,” he said. “Now they’re all gone.”

Many winemakers who didn’t have flood insurance are now abandoning their vineyards, according to the Times.

A “silver lining”: In the face of disaster, Ahr winemakers have one “silver lining,” as the Times described it: Growers from other regions have rallied to their aid with tractors and forklifts.

Another innovation to emerge from the disaster is the sale of “flutwein,” or “flood wine”: mud-covered bottles recovered from flooded cellars, with profits donated to victims, the Times reported. Flutwein purveyors have raised more than 2.5 million euros ($2.9 million), about 5 percent of the estimated damages.

Brown water, Green advance: One group that may benefit from the floods is Germany’s Green Party, ahead of September’s national election. The floods “made climate change no longer just about hot summers or wildfires elsewhere,” another Times piece reported.

Although co-leader Robert Habeck told the Times that the Green Party will avoid a “told you so” narrative, the group announced a plan that included 25 billion euros ($29.3 billion) for extreme weather preparation.

A RISING RISK FROM FLOODS, HURRICANES 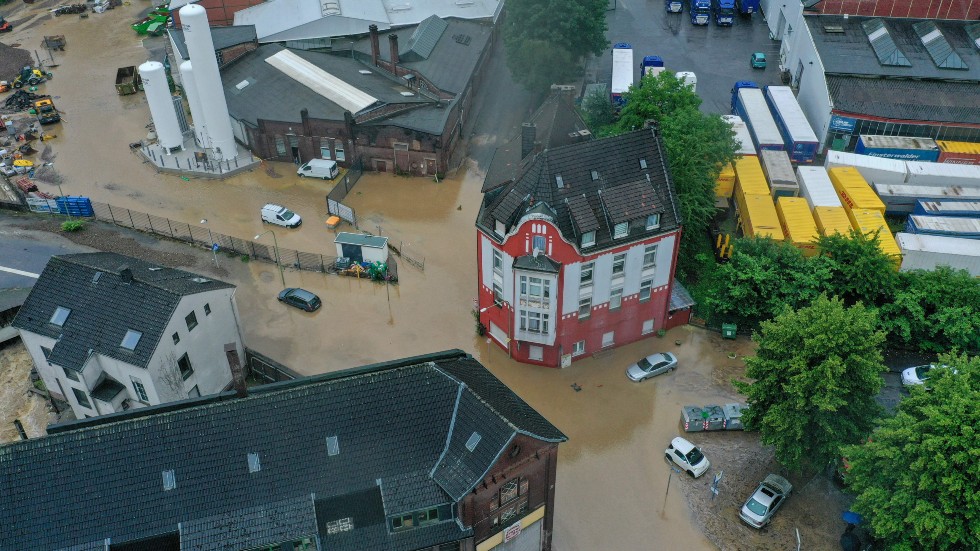 ​​Germany is far from alone in its need for increased infrastructure, and funding, to help mitigate flood risks and avoid future disaster.

A new study in Nature indicated that from 2000 to 2015, the global population at risk of floods increased by nearly a quarter — jumping by between 58 million and 86 million, The Hill reported. The study predicted that by 2030, 57 countries would be suffering from increased flooding — up from 32 today.

Plan while you can: Lead author Beth Tellman said that countries expecting an increase in flooding need “the financial support to continue to adapt,” stressing the importance of integrating zoning restrictions and managed retreat planning.

“We can reverse these trends,” Tellman told The Washington Post. “It’s not inevitable.

Storm surge: Forecasters are also predicting that the Atlantic hurricane season will be busier than they originally thought.

The National Oceanic and Atmospheric Administration has updated its outlook for the season, now forecasting 15 to 21 named storms instead of the 13 to 20 storms they had previously predicted, The Associated Press reported.

That increase shows how changes in weather systems have cranked up the likelihood that this year’s hurricane system will be above average — from 60 percent to 65 percent — meaning a heightened sustainability risk of multiple overlapping disasters.

1. Every natural disaster has a human component: Almost always, meteorological events are made worse by negligence or past inequity — which exacerbates political divides.

One classic example: In the U.S., as in the Mediterranean, years of fire suppression helped bring us to our current dangerous moment, according to a roundup of studies in The Conversation.

Similarly, as German wine-farmers on the Ahr river discovered, the lack of flood insurance turns an immediate disaster into a long-term one.

That’s a global problem: In the U.S., the Federal Emergency Management Agency (FEMA) linked flood risk to climate change but has failed to persuade Americans to buy insurance, Inside Climate News reported.

On the other hand, human discipline, altruism and ingenuity played a key role in saving lives during evacuations in the midst of California’s fires, and in supporting wiped-out German farmers in the flood zones.

This also is less than half a degree below the 1.5 degrees considered by scientists and the U.N. to be the upper bounds of safety.

Individual instances of extreme weather could themselves be byproducts of changes in the Earth’s circulatory system — like an “almost complete loss of stability” in the spinning “conveyor belt” powering the Atlantic Gulf Stream, according to a paper in Nature Climate Change.

A collapse in the Atlantic meridional overturning circulation (AMOC) would spread drought across South America, Africa and India, raise seas in North America, and “increase storms and drop temperatures in Europe,” The Guardian wrote.

3. More supercomputers for better predictions: Scientists can’t say when a collapse of the AMOC would happen — if it’s decades or centuries away — just as they can’t say precisely what role climate change played in any of these disasters.

That’s a promising area for enterprising businesses, lawyers and scientists, the Financial Times reported, as it would allow more accurate prediction of risk and legal liability.

One reason it is hard to attribute recent extreme weather events to climate is that “models can’t simulate them,” climate physicist Tim Palmer told the Times.

Our ability to predict “is not limited by our knowledge,” but “by computing time,” he said, adding that more funding for the supercomputers is necessary to improve such modeling.

4. Better accounting for emissions control: In broad strokes, only one method would definitely prevent the collapse of, for example, the Gulf Stream — “keep emissions as low as possible,” Niklas Boers told The Guardian.

That’s because the likelihood of such tipping-point disasters increases “with every gram of CO2 that we put into the atmosphere,” he said.

But that remains unrealistic as long as carbon reporting standards remain voluntary and nonbinding, Bloomberg Green reported — giving companies both a false (and generally low) impression of their emissions, and depriving them of the legal tools to demand accurate data from their own suppliers. 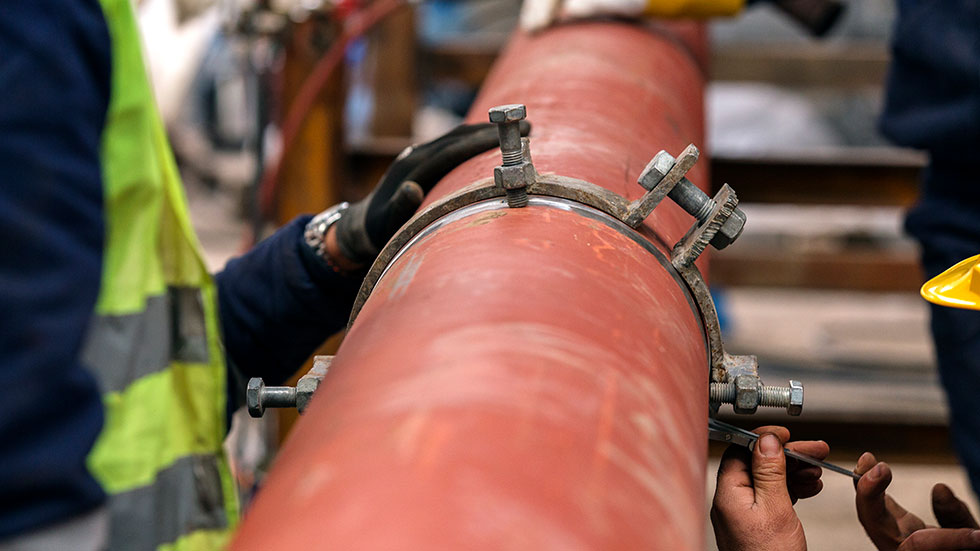 Please visit The Hill’s sustainability section online for the web version of this newsletter and more stories. We’ll see you on Monday.{mosads}