The Hill’s Sustainability Report: Seawalls protect some communities — at the expense of others

Seawalls and levees have been used for millennia to fortify communities against flooding. But erecting such infrastructure often occurs at the detriment of lower income communities, a new report suggested.

In cities where bays or estuaries channel the water — like New York, Manila, Calcutta and San Francisco — a seawall in one place can increase flooding elsewhere, according to a recent study in the Proceedings of the National Academy of Sciences.

This means that in large bays like that of San Francisco, rich communities that rely on such coastal defense mechanisms risk flooding their neighbors along the coast — which in San Francisco includes lower income populations and communities of color, Scientific American reported. The study authors therefore emphasized the need for regional collective planning, as well as returning parts of the coast to salt marshes, which absorb the impact from waves, slow the erosion of shorelines and siphon off floodwaters.

Today we’re looking at the bill that could unleash billions of dollars for such adaptation — the long awaited $1 trillion bipartisan infrastructure package, and its (much larger) upcoming, very partisan $3.5 trillion partner. After that, we explore how investor pessimism on the future of fossil fuels is leading us into a period of more expensive oil and gas. 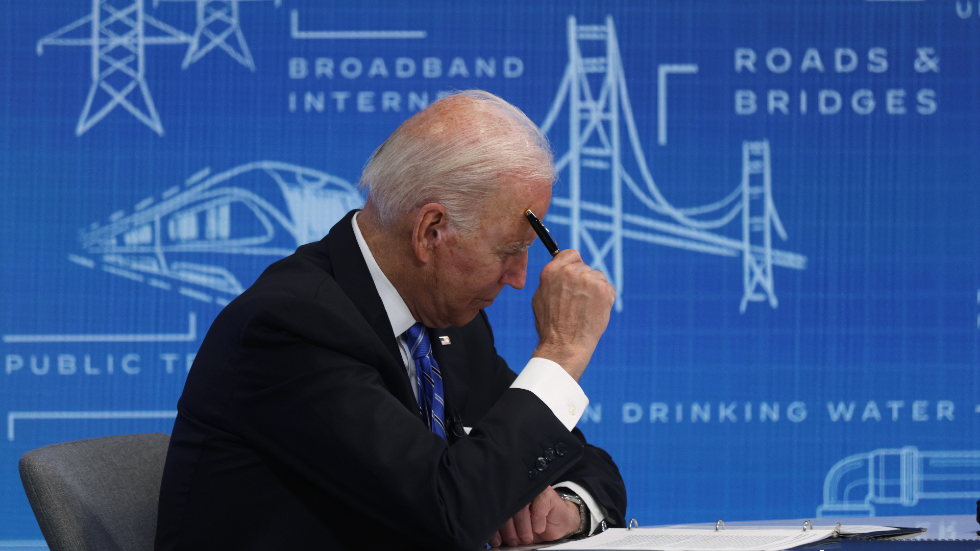 But that bill couldn’t fit everything that Democrats want, and they are trying to press ahead with both pieces of legislation.

What’s in the first bill? The $1.2 trillion bipartisan bill includes traditional infrastructure such as roads and bridges, as well as improvements to the country’s energy, electric vehicle and water sectors.

It also has five key sustainability components, as laid out by The Hill’s Rachel Frazin and Zack Budryk:

The infrastructure bill now moves to the House, which will cut short its recess and return on Aug. 23 to consider the package, The Hill reported.

The White House has created the Justice40 Initiative, an environmental justice framework, to steer 40 percent of clean energy investments into such communities.

“We’re leveraging every resource we can to use this moment as a rising tide for all communities,” Environmental Protection Agency administrator Michael Regan told Bloomberg.

DeFazio, whose $760 billion transportation and water infrastructure bill passed the House last month, said he would push for “transformational funding and policies” to curb pollution in the $3.5 trillion spending plan — also known as the “reconciliation plan.”

The Congressional Progressive Caucus, meanwhile, had asked the House on Tuesday to “commit to withholding a yes vote on the bipartisan infrastructure deal” until the Senate passed the budget resolution.

A TOUGH PATH FOR A BIGGER BILL

A memo sent to Democratic senators discussed a variety of measures, including initiatives to combat climate change, The Hill reported.

The budget resolution directed committees to work on plans for a federal clean energy standard, renewable energy tax incentives and the creation of the Civilian Climate Corps, E&E News reported.

Partial funding would come from increasing taxes on corporations and wealthy earners.

Moving forward will be “a balancing act” to retain centrists such as Sens. Joe Manchin (D-W.Va.) and Kyrsten Sinema (D-Ariz.) and progressives such as Sens. Bernie Sanders (I-Vt.) and Elizabeth Warren (D-Mass.), The Hill reported.

Manchin and Sinema are not yet on board. The West Virginia senator said he has “serious concerns” about the $3.5 trillion package, describing it as “irresponsible” in “an economy that is on the verge of overheating.”

Sinema, meanwhile, has said she would try to reduce its price tag in the months ahead.

Takeaway: It’s going to be a long contentious haul as Congress moves forward on the reconciliation bill.

The age of cheap fossil fuels may be over 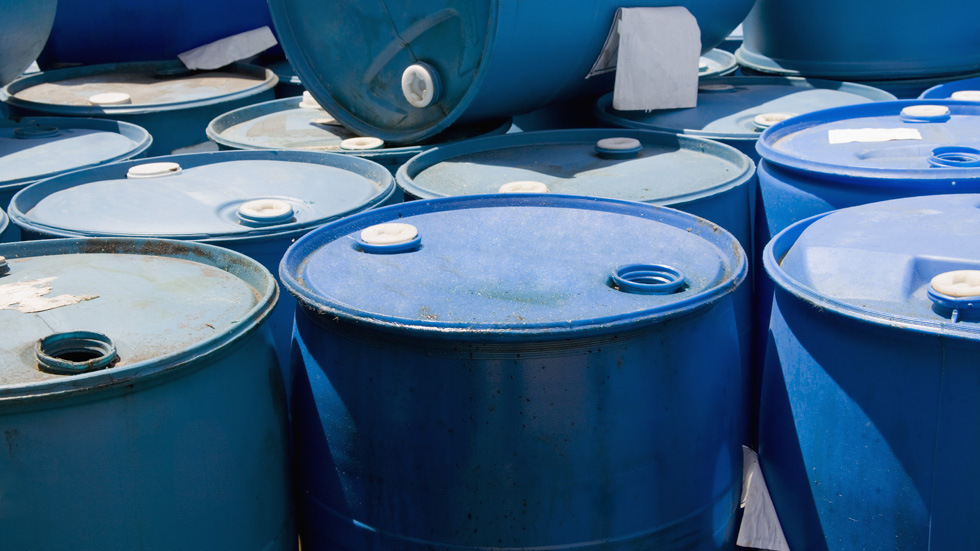 In an attempt to ward off Republican attacks over rising gas prices, the White House is asking the world’s leading cartel of oil producers to pump more oil than they’d planned.

It’s unlikely to do much good: Longer term trends in the U.S., China and Europe suggest that a more volatile world of oil shocks may be an unavoidable part of the energy transition — and that we’re leaving the era of cheap fossil fuels behind.

Top line: It’s a bit complex, but bear with us. Oil prices have been sliding this week as traders worry that new restrictions, amid a surge in COVID-19 cases due to the delta variant in China and elsewhere, will cut demand, The Wall Street Journal reported.

Assuming the rally resumes, it will be marked by the same rising oil prices that have driven U.S. prices at the pump to about $1 above where they were a year ago, The Associated Press reported.

The rise in gas prices led OPEC plus Russia (OPEC+) to agree to boost production by 400,000 barrels a day, as The Hill reported last month.

But this was “simply not enough,” said Jake Sullivan, President Biden’s national security adviser, in a prepared statement to OPEC+.

Wait — the White House wants more oil? They do, despite climate concerns and their push last week for a giant scale-up in electric vehicles by 2030.

That’s because the rise in gas prices, in the car-centred United States, means a tax on virtually every activity.

One laid-off office manager in Illinois told The New York Times last week that “$40 was enough to fill up his gas tank last year,” but now it takes more than $60 to fill his Dodge Charger, “making trips to take his mother to her medical appointments more expensive.”

Stories like that have led Republicans — including Sen. John Barrasso (R-Wyo.) in a Fox News op-ed — to blame the increase on President Biden’s decisions to cancel the Keystone XL pipeline and to slow-walk new drilling permits on federal lands.

Is that criticism valid? In the immediate sense, probably not. The Keystone XL project was largely intended for export. And any prospective new drilling would have taken a long time to push new crude or gas to market.

But the larger principle holds: The administration isn’t boosting fossil fuels like past administrations did — and lackluster production combined with increasing demand means higher prices.

And globally, a swell of countries and large corporations are seeking to get off carbon by 2050. That has investors looking at the new fossil fuel development with more skepticism than they would have in the past.

INVESTORS NERVOUS ABOUT TWILIGHT OF THE OIL AGE

A coming decline: Europe, the United States and China are all separately trying to wean themselves off fossil fuels — which threatens to fracture OPEC, a union that currently controls 80 percent of the world oil market, threatening the stability the cartel has traditionally imposed, according to Reuters.

The conundrum for investors is the same as for the cartel: Oil demand is peaking sooner than expected, and the rising specter of climate regulation increases the fear of being left with investments stranded in assets no one will buy.

The oil industry has long espoused potential solutions to that problem. There’s a transfer to hydrogen fuels, as in British Petroleum’s new proposed refinery in Australia; and the promise of carbon sequestration, in which carbon is pulled from smokestacks and secreted below ground, as Reuters reported.

But so far, these technologies remain little more than tantalizing prospects. And plans by companies like Total Energies to sell “carbon neutral fuel” — by combining shipments of natural gas with, say, payments to African villagers who stave off deforestation — are a fantasy, according to Bloomberg Green.

This has cooled investor interest in new fossil fuels: Wall Street is reining in the shale gas producers who used to frack new gas wells at any hint of a price jump, the Financial Times reported.

That’s spiked gas prices even more than oil: Combine that with a global demand for natural gas as the easiest lower-emission alternative to coal, and the result is prices surging sixfold in Asia and tenfold in Europe since last year, in what Bloomberg Markets called the end of “the era of cheap natural gas.” 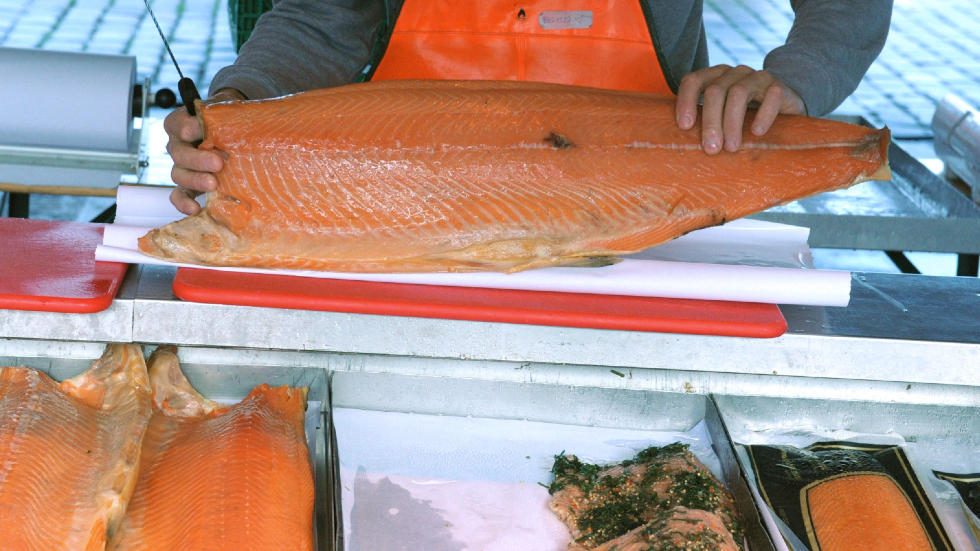 In which we look at two spills that have affected two very different environments.

And as both extreme heat and wildfires rattle the West, we recommend a new Guardian article that explores an unanticipated consequence to female firefighters.

One such firefighter told The Guardian she hasn’t had a period in three years. She and her female colleagues are calling for action to evaluate their potential reproductive health risks, as firefighting exposes them to chemicals linked to miscarriage and birth defects.