The Hill’s Sustainability Report: A viable — and delicious — seafood solution

Farm-raised scallops — filter-feeder bivalves that clean the water they inhabit — may offer a sustainable antidote to the worst features of the seafood trade, The New York Times reported.

“What I’ve seen over the years has not been good,” Maine fisherman Marsden Brewer told the Times. After observing the near-extinction of cod, sea urchins and shrimp in local waters, Brewer began to think, “How do we make more fish?”

The scallops are an exception to the common liabilities of aquaculture, which the Times notes is notorious for associated pollution and damage to native species. By contrast, scallops — saltwater mollusks like oysters and clams — require no land or fertilizer and clean up their own environment.

Scallop-farming is just one business exploiting the niches left open by unsustainable practices in competing industries, and today we have a collection of stories like that. First, we’ll explore how China’s climate push led to a Bitcoin boom in Texas. Then, we’ll look at a startup that raised millions to predict risks to infrastructure. And finally, we’ll set sail for Transport Tuesday. 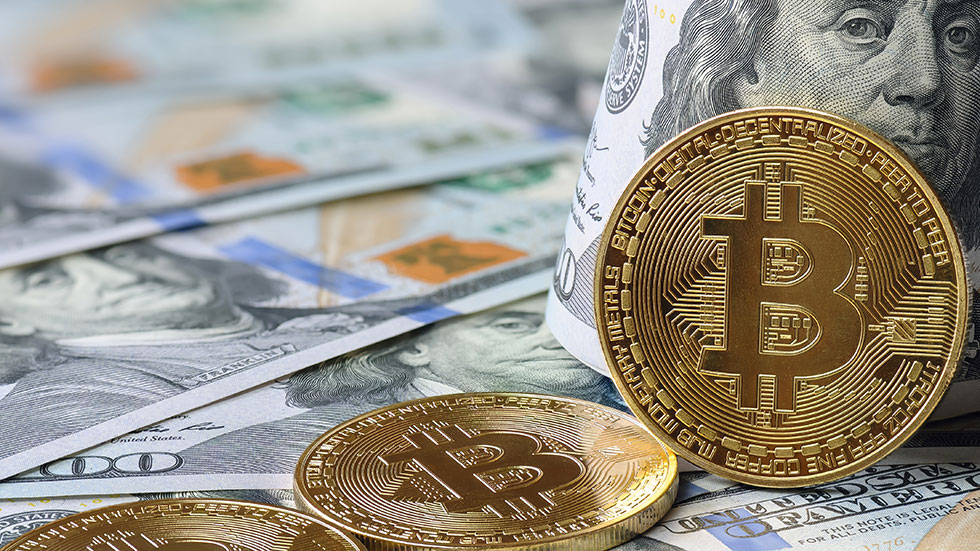 China’s sustainability-focused crackdown on cryptocurrencies has led to a boom of “mining” operations across the world, as entrepreneurs scramble to fill the demand for digital currencies like Bitcoin and Ethereum, the Financial Times reported.

That is pushing cryptocurrency “miners” far and wide in their search for friendly regulatory environments and cheap energy.

Quick refresher on cryptocurrencies: They’re digital tokens stored cooperatively across the internet, without recourse to private or centralized banks. In the case of leading currencies like Ethereum and Bitcoin, they are “mined” by high-powered computers solving energy-intensive math puzzles in return for the currency, the Times reported.

Why the crackdown? While China has avoided an outright ban, its leadership began tightening the screws on cryptocurrencies in May, when it warned that the tokens had “no real support value,” according to Forbes. The regime also complained that cryptocurrency prices were “extremely easy’ to manipulate,” Forbes reported.

Then in late June the Chinese Communist Party warned state financial institutions to avoid funding or dealing in cryptocurrencies, according to the South China Morning Post. And China’s main mining regions — Xinjiang, Sichuan and Inner Mongolia — began targeting crypto-mining operations, according to The Verge.

Why the restrictions? Like most governments, China is leery of currencies it doesn’t control or trace and whose main selling points include the ability to perform untraceable — and potentially illegal — transactions.

Cryptocurrencies are also extremely volatile; fears of a Chinese ban dropped prices below $30,000 per Bitcoin in June. But prices then jumped to just below $50,000 on Friday, according to Reuters. That doesn’t make for a sustainable store of value, particularly when the Chinese government plans to roll out its own digital fiat currency, the “e-yuan,” according to the Post.

When summer floods brought cheap hydropower to Sichuan and Yunnan, miners ran their operations there, and in the dry winters they moved to coal-rich Xinjiang and Inner Mongolia, the Journal reported.

A low-hanging fruit: Chinese Bitcoin mining alone used as much power as all of Italy, according to the Journal — and before the crackdown, The Verge reported, it accounted for 65 percent of the processing power used in all worldwide mining.

That put it in the crosshairs of a regime that announced in December that it planned to zero out emissions by 2060.

Where did the miners go? After China’s crackdown, global processing power devoted to Bitcoin mining fell by half — leading to an opportunity for miners outside China.

One winner: Texas, which already houses the largest Bitcoin mining facility in the U.S. Whinstone US of Rockdale produces 500 bitcoins a month and is worth about $22 million in current prices, according to The Guardian.

Texas is attractive because it combines a welcoming regulatory environment for crypto — like that of rival Wyoming — with cheap electricity, about 20 percent of which comes from zero-carbon wind energy, Slate reported.

Rural salvation? Bitcoin mining offers a boost to struggling rural Texas towns and exurbs — like Rockdale, a former coal town that saw its mine close in 2008, leading to heavy unemployment.

Local leaders cheered in 2018 when Bitmain, a Chinese Bitcoin mining company, promised to invest $500 million — and create up to 600 jobs — in a new cryptocurrency mining facility in Rockdale, Wired reported.

The problem, again, was the volatility. Bitcoin dropped precipitously over about a month from more than $6,000 per coin to about $3,000, and the company pulled out.

“We understand why that interest is there,” said Kevin Brendle, the Dickens chief executive. “But we just don’t know what the future of Bitcoin mining is,” leading him to concerns over “how long, how well the industry will sustain itself.” 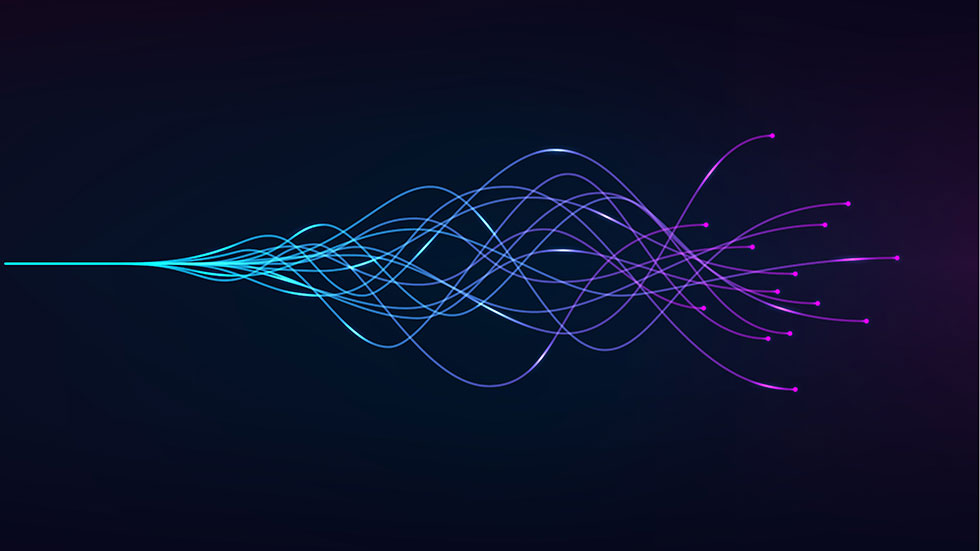 Urbint, an artificial intelligence (AI) platform that forecasts threats to critical infrastructure, has raised $60 million in a Series C funding round, the company announced on Tuesday.

The investment consortium, led by Energize Ventures, will allow Urbint to scale its existing technology and develop new solutions aimed at thwarting infrastructural failures before they happen, according to the company.

“America’s infrastructure is at an inflection point,” Corey Capasso, founder and CEO, said in a news release. “Mounting threats from climate change to an aging grid have made the risk of major safety incidents unmanageable.”

The impasse centered around plans to group that bill together with a $3.5 trillion reconciliation package that lacks Republican support and could take months to complete, The Wall Street Journal reported.

That led to a confusing clash: Centrists had threatened to vote against that $3.5 trillion package unless the House voted first on the infrastructure bill, but progressive Democrats had vowed to oppose that bill unless the Senate passed the $3.5 reconciliation package first, according to the Journal.

By early Tuesday, they seemed to have reached a compromise: The House will take up the infrastructure bill by a Sept. 27 deadline and send it to President Biden, The Hill reported.

A niche for a company peddling resilience: Assuming the infrastructure bill does go forward, the country will see massive overhauls to its transportation, electricity, broadband and water sectors. Such changes will require increased “resilience to extreme weather and other threats,” according to Urbint.

One potential client: American Electric Utilities, who currently spend more than $16.6 billion each year on operations and maintenance, VentureBeat reported, citing data from the U.S. Energy Information Administration. Infrastructure failures also cause about 6 billion gallons worth of water losses — enough to fill about 9,000 swimming pools — each day, according to VentureBeat.

How does Urbint work? Urbint’s technology predicts threats to infrastructure by leveraging real-world data and artificial intelligence to transmit a picture of risks up to a week in advance and allow decisionmakers to take specific action before an incident happens, the company said in the news release.

The company combines information about operational worksites with historical records to create what it defines as a dynamic world model, according to VentureBeat.

The sorts of failures the system might catch: The odds of a crew disrupting a gas main or fiber cable damage cutting off internet service to an entire community, Venture Beat reported. Another example could include analyzing wind speed to advise an operator whether to shut off electricity, according to Bloomberg Green.

Urbint is also focusing on new solutions to mitigate risks that could result from the mass deployment of renewable energy technologies, Axios reported.

Does Urbint have competitors? Sort of. Google parent Alphabet’s X lab has said it is developing new computational tools for the grid, while startups like Autogrid and Myst are delivering power usage insights to utilities via artificial intelligence, according to VentureBeat.

“Sometimes it can be hard for infrastructure operators to change when they have been attempting to manage risk one way for so long.”

“Stretched to the limit”: Tools like this could become essential to support power grids already starting to “fill up with renewable energy, electric vehicle charging stations and customer-owned generation” — evolving past the abilities of their human operators and necessitating “help from smart machines,” E&E News reported.

“Grid operators are already stretched to the limit,” Jeremy Renshaw, artificial intelligence director for the U.S. Electric Power Research Institute, told E&E. “Getting AI resources to help is going to be critical.” 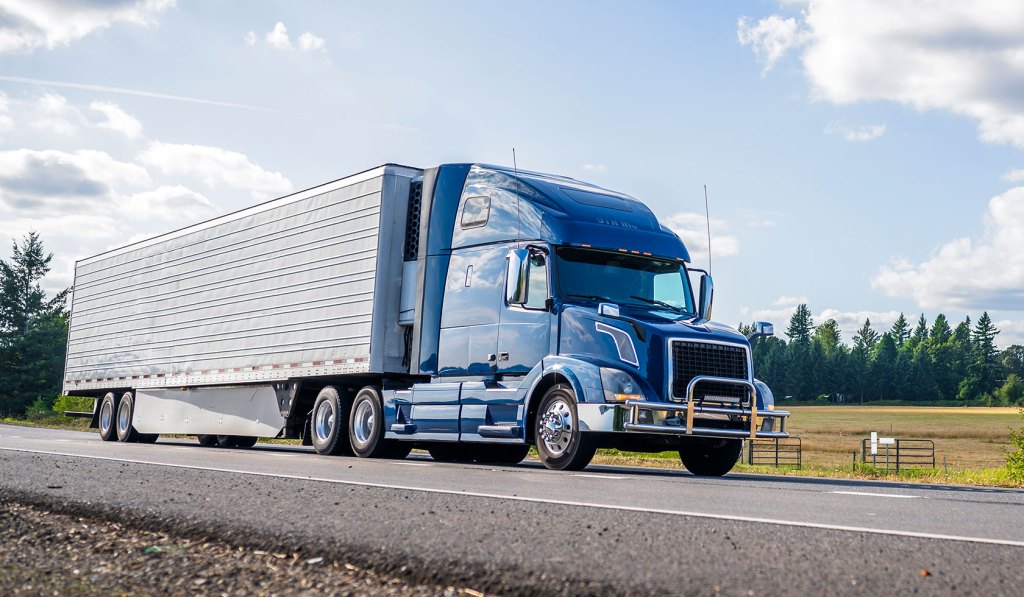