NASA’s Perseverance rover has successfully drilled into Martian rock, producing an intact core that could one day come to Earth, CNN reported.

“The project got its first cored rock under its belt, and that’s a phenomenal accomplishment,” Jennifer Trosper, project manager at NASA’s Jet Propulsion Laboratory in Southern California, said in a NASA news release. “We did what we came to do.”

This piece of Martian rock is particularly significant due to its origins in the Jezero Crater — an ancient lake from billions of years ago, CNN reported. If Perseverance is able to collect samples like this one that could be returned to Earth by future missions, we could gain a better understanding of whether microbial life ever existed on Mars, according to CNN.

And life on Mars is looking comparatively tranquil, as we turn again today to surprising damage even a weakened Ida has wrought on the Northeast. Then we’ll revisit the ongoing fight over the $3.5 trillion Democratic reconciliation plan that promises to overhaul the U.S.’s obsolete infrastructure. 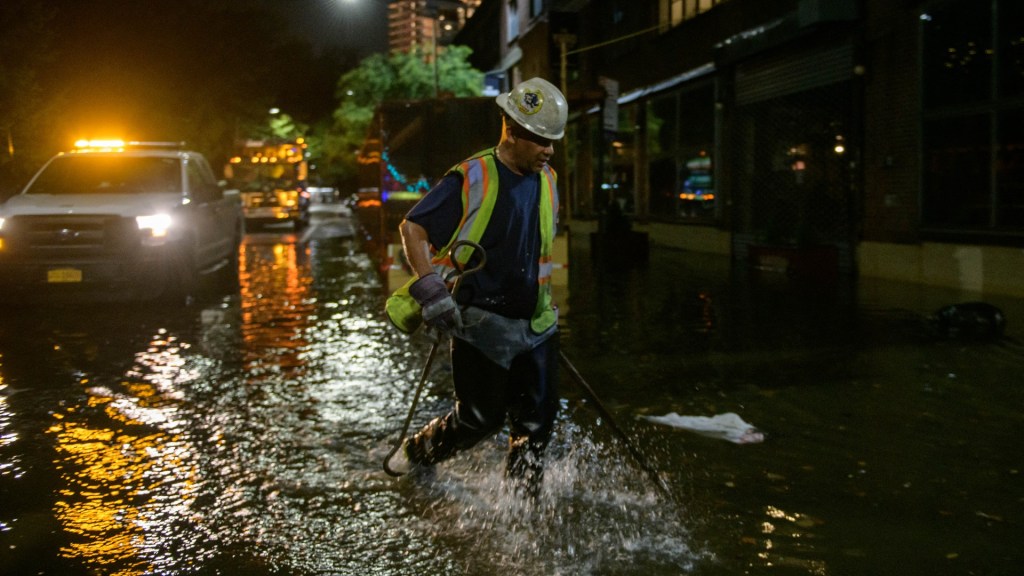 On Thursday evening, the wet core of a weakening Ida collided with fronts along the Atlantic and dropped record-setting rainfall from the Ohio Valley to New York City, bringing the death toll to more than 58 as floods swept cars from roads and invaded basement apartments, according to The Hill.

Ida could end up the most expensive storm on record, according to the U.N. And even though meteorologists knew the storm was coming, it still overwhelmed local infrastructure and local expertise, bringing a deadly and devastating combination of human and natural disaster.

Why were the floods so bad? Ida was a relatively weak hurricane — until it hit a stray eddy of warm, energetic water that had broken off one of the circulating currents that runs like a conveyor belt through the Caribbean, according to The Conversation.

Ida sucked water and energy from that warm pool, gaining power and an unusually wet, dense core that it carried a thousand miles across the continent, a second Conversation piece explained.

The fact that it dumped the bulk of that rain over the densely-populated part Northeast instead of the Atlantic Ocean was partly “just bad luck,” University of Miami Researcher Brian McNoldy told Phys.org.

But it also “combined with man-made ingredients,” Phys.org reported.

“People are ready but is the infrastructure ready for the magnitude of these storms?” asked National Weather Service (NWS) Director Louis Uccellini on Phys.org. “It doesn’t appear to be that way.”

A disaster foretold: Uccellini was referring to a paradox: the NWS knew the floods might be coming from the moment they saw that warm ocean blob in the path of the hurricane.

The city’s 6,000 square miles of impermeable asphalt is perfectly designed to trap and funnel water, Curbed wrote. When catchments filled up, water and sewage backed up from drains and manholes to claim streets and poured down subway vents into the train system. It also turned elevated highways into aqueducts, according to another Curbed article.

A MESSAGE FROM SCHNEIDER ELECTRIC

Death underground and on the roads: The rising waters were deadly to the poorest New Yorkers, just as they were to Tennesseans we wrote about during last month’s Waverly Floods.

In New York, that danger concentrated in the shadowy world of informal basement apartments. Eleven people were trapped and killed across the city as floodwaters gushed into such apartments, leaving their shaken neighbors to recount to the Times the memory of their final, fruitless cries for help.

Often-neglected, rarely inspected and sometimes illegal, these apartments have provided a toehold in the city for many who do the hard, badly paid jobs the city runs on, according to the Times. These apartments “are a key part of the housing ecosystem,” Rebekah Morris, a local housing advocate who works with Basement Apartments Safe for Everyone, told Curbed.

“They’re not going to go away, so we need to test and pilot and figure out a pathway to make them safe,” Morris said.

Meanwhile on rural highways in New Jersey, at least 23 people had died by Friday, largely from flash floods that took their cars, according to CNN.

What now? In the case of the subways, the best solution is to “harden” them. As flood expert Klaus Hans Jacob told The Conversation, that means both reducing the ability of floodwaters to get into the tunnels using gates and barriers — and expanding the capacity of the sewer system to pull more rain from the streets.

Last words: “This is a new world,” New York Mayor Bill de Blasio told CNN, adding that the U.S. is going to need “entirely different responses than in the past.”

After the storm, the rebuilding 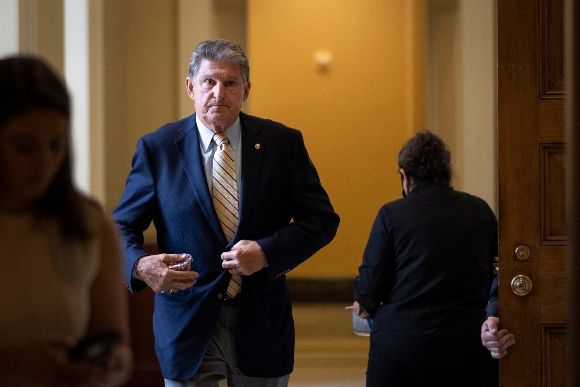 As Southern and Northeastern states grapple with the after-effects of Hurricane Ida, Democrats are trying to advance a $3.5 trillion reconciliation package that they see as critical to bolstering America’s infrastructure.

However, a key Democratic voice, Sen. Joe Manchin (W.Va.), is pumping the brakes on that effort.

Progressive Democrats are pushing for the reconciliation plan’s passage in large part due to dissatisfaction with the bipartisan bill’s approach to climate change.

Democrats are currently negotiating the plan, which is also expected to include provisions on expanding Medicare and immigration reform, Jordain Carney reported for The Hill. Senate Majority Leader Charles Schumer (D-N.Y.) has asked committees to finalize their contributions by Sept. 15.

But centrist Democrats are not pleased. Manchin demanded that Democrats  “pause” the spending package — citing concerns with “runaway inflation,” the coronavirus pandemic and the Afghanistan withdrawal, according to The Hill.

“We have so much on our plate,” Manchin said at a West Virginia Chamber of Commerce event on Wednesday, as reported by The Hill. “I think that would be the prudent, wise thing to do.”

So what happens next? A game of chicken. House Democrats are planning to vote on the Senate’s bipartisan $1.2 trillion infrastructure bill on Sept. 27, but progressives have warned they won’t support it unless it advances alongside the $3.5 trillion package, The Hill reported.

“We are losing lives due to the lack of climate infrastructure,” tweeted Rep. Alexandria Ocasio-Cortez (D-N.Y.). “We need to pass an infrastructure package and a reconciliation package that prepares us for future climate catastrophes.”

But Democrats need complete unity within their 50-member Democratic Senate caucus in order to pass that package — meaning they need Manchin.

“DISASTERS CASCADING ACROSS THE COUNTRY”

Climate crises driving resilience advocacy: Both Hurricane Ida and the wildfires raging out West have put pressure on lawmakers to approve funds that will make infrastructure more resilient, The Wall Street Journal reported.

Sen. Bill Cassidy (R-La.) advocated for the passage of the bipartisan infrastructure bill in Ida’s aftermath, stressing the need “to start now for next year’s hurricane, next year’s wildfire, next year’s tornado” seasons, according to the Journal. However, Cassidy and other Republicans oppose the larger reconciliation package.

This is occurring in the foreground of several compounding climate and supply crises.

No oxygen, no electricity and forests continue to burn: In Texas, an oil refinery has suspended some of its operations due to a lack of oxygen supply, with officials blaming a surge in medical demand for the gas amid the coronavirus pandemic, Bloomberg reported.

Entergy, the electricity supplier to New Orleans, estimated that power would only be fully restored to the city by Wednesday — 10 days after Hurricane Ida struck and left more than 1 million Louisianans without power, KTLA5 reported.

Other parts of the country are licking their wounds: While Ida also took its toll on the Northeast, tens of thousands of Californians fled the Lake Tahoe region due to wildfires.

Hundreds of people perished earlier this summer in a Northwest heat wave, while flash floods in Tennessee killed at least 20 — a series of events that The New York Times described as “disasters cascading across the country.”

Takeaway: As the country’s leaders scramble to prepare for the future, we struggle to cope with a present that is much more extreme than officials had envisioned.

“These events tell us we’re not prepared,” Alice Hill, who served on the National Security Council during the Obama administration, told the Times. “We have built our cities, our communities, to a climate that no longer exists.”

A MESSAGE FROM SCHNEIDER ELECTRIC

Learn why Schneider Electric’s products are found in 4 out of 10 U.S. homes, 70% of buildings, 33,000 wastewater facilities, and 50% of hospitals around the world: se.com/us/policy 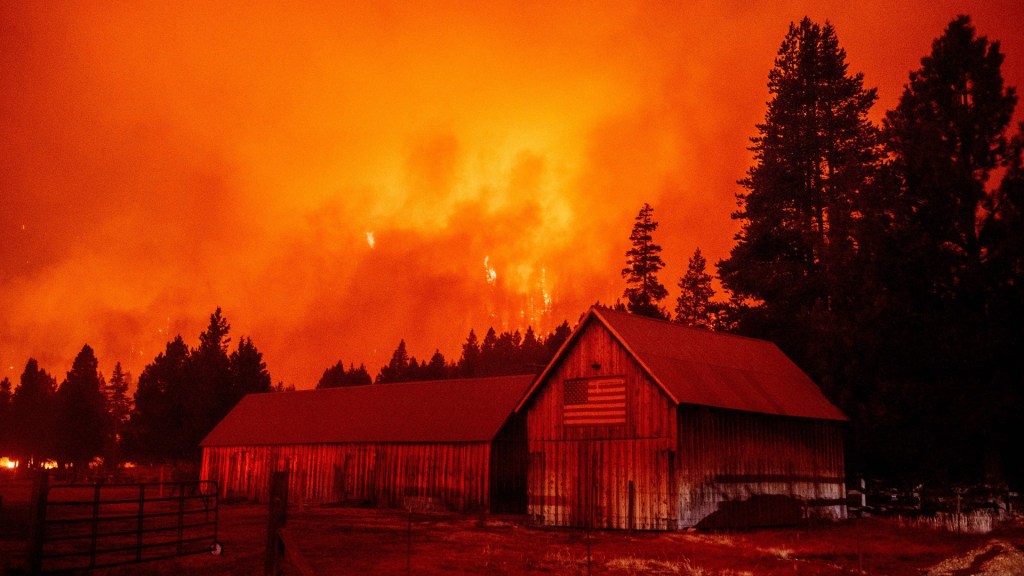 Our weekly tying-off of loose threads from the week.

Tahoe residents faced price gouging as they fled the flames

Breathing wildfire smoke could harm sperm and damage the brain

Please visit The Hill’s sustainability section online for the web version of this newsletter and more stories. Have a great Labor Day weekend, and a Happy New Year to those readers celebrating Rosh Hashanah. We’ll see you next week.