When life shuts a tourist door, climb into a local’s window.

That seems to be the philosophy of a troublesome tribe of 600 long-tailed grey macaques who live in the forest sanctuary near Sangeh, on the Indonesian island of Bali. With the coronavirus keeping away the tourists who usually feed them, they have been foraging from locals’ homes, The Associated Press (AP) reported.

The sustainability implications are the same for monkeys and villagers alike: Bali lives off of tourism, and everyone is feeling the pinch.

More than a loss of food, villagers fear that the money-making monkeys will “turn vicious,” villager Saskara Gustu Alit told the AP. So Alit said he’s acting as a one-man ambassador to the macaques, by urging villagers to come “play with the monkeys and offer them food.”

“I think they need to interact with humans as often as possible so that they do not go wild.”

Today we’ll continue our coverage of Hurricane Ida, with a look at the oil spills under investigation in the storm’s aftermath. Then we’ll explore how a firing at a German bank could lead to a trans-Atlantic crackdown on deceptive environmental, social and governance (ESG) funds. 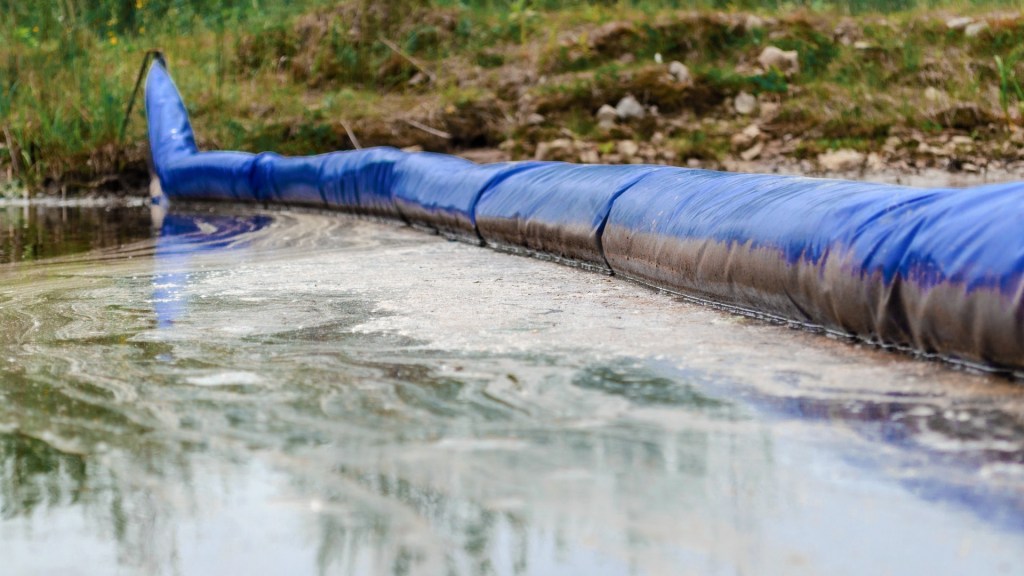 The U.S. Coast Guard (USCG) is investigating about 350 oil and chemical spills in Louisiana — predominantly in the Gulf of Mexico and the Mississippi River — in the aftermath of Hurricane Ida, nola.com reported.

The spills have been linked to broken and damaged oil wells, as well as flooded refineries, with the largest incident thus far along an 11-mile “oily sheen” in Bay Marchand, according to nola.com. Bay Marchand is a region of the Gulf of Mexico near Port Fourchon, Louisiana’s southernmost port.

First steps: The oil-slick was first identified on Wednesday, after the National Oceanic and Atmospheric Administration (NOAA) released aerial survey imagery, which the AP subsequently published.

Divers identified the likely source of the spill this weekend as an inactive pipeline on the ocean floor owned by Talos Energy, but the company has denied that the pipeline belonged to them, according to the AP. Nonetheless, Talos still hired a nonprofit oil-spill response cooperative, Clean Gulf Associates, to clean up the spill, the AP reported.

“Although the spill was unrelated to our operations, it was important to mobilize and identify the source and to contain the release to reduce safety and environmental risks,” John Spath, Talos senior vice president of production operations, said in a statement.

The cleanup crew has been able to recover little of the oil, but the leakage likely stopped after the abandoned pipeline released all of the oil that was sealed inside it, according to nola.com.

What about the Coast Guard’s findings? The USCG led aerial inspections on Sunday of some of the suspected sources of the oil spills along the Gulf Coast, The Hill’s Changing America reported.

Members of the National Strike Force — a national team that provides disaster response to oil spill and other environmental incidents — flew aboard a USCG patrol plane to track such threats and observed no active discharge at the Bay Marchand site or at the Enterprise Offshore Drilling rig, another site in question, a USCG news release said.

Nonetheless, the National Strike Force did discover that a wellhead belonging to S2 Energy was releasing oil about 5 miles away from the Bay Marchand site, according to the news release. Since then, S2 Energy reported having secured the wellhead and has hired contractors to “boom the area,” which is about 100 yards long by 100 yards wide, the USCG said.

They are doing what? The contractors are conducting spill containment by using “booms,” which are “floating, physical barriers” that slow the spread of oil and keep it contained, according to NOAA.
‘HUNDREDS OF KILOMETERS OF PIPELINES ALL OVER THE PLACE’

Much is still unknown: Another set of NOAA images, also revealed by the AP, showed what appeared to be petroleum in the water at the Phillips 66 Alliance Refinery on the Mississippi River. Following the publication of those photos, the Environmental Protection Agency dispatched aircraft on Thursday to survey the refinery and other industrial sites in the region, the AP reported.

A Louisiana Department of Environmental Quality team ultimately determined that a levee meant to protect the plant had been breached, according to the AP.

And it may be a while before we have more clarity about the spillages affecting the region.

“The number of pipelines across the area is incredible,” geoscientist Oscar Garcia-Pineda told NPR’s All Things Considered. “This is literally hundreds of kilometers of pipelines all over the place. So detecting the oil on the seafloor is very challenging.

And beyond oil? After Hurricane Ida swept through the region, there have been reports of dozens of other environmental threats, including air pollution releases at chemical plants — such as flaring at the Shell Norco petrochemical complex and at other facilities, nola.com reported.

As such extreme weather conditions become more frequent — and as nearly 400,000 residents still wait for their power to be restored — an industry that was once the lifeblood of the region faces a rocky future. 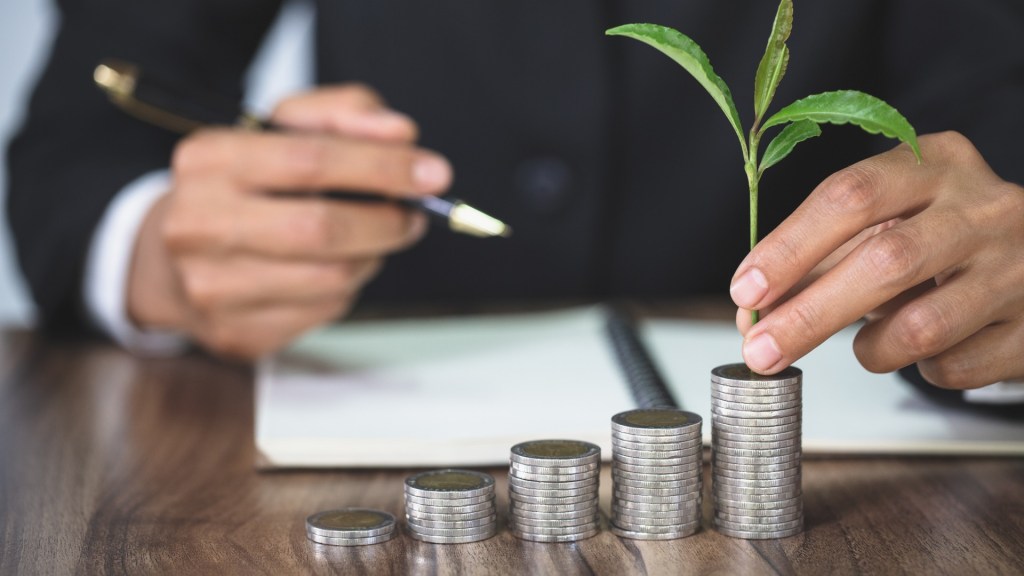 A firing at a German investment bank has led to investigations on both sides of the Atlantic over allegations that their sustainability funds may not have been so sustainable.

To regulators in both countries, that might be more than a mistake, or even unethical — it might be fraud. And as multiple countries step up their enforcement, bad news may be in store for the people who run the $25 trillion world of environmental, social and governance (ESG) assets.

Wait, what happened? Desiree Fixler was the head of sustainability for DWS, the asset management arm of Deutsche Bank. In February, Fixler presented evidence to the DWS executive board that it was wildly overstating how many of its funds had undergone auditing for ESG risks — and that the company had no plan for crucial problems like getting off coal, according to The Wall Street Journal.

None of these concerns made it into the company’s March annual report — and DWS fired Fixler the day after it dropped, the Journal reported.

Was it retaliation? Fixler says so; DWS says no; and a German labor court is reviewing the case, according to the Financial Times.

But what reverberated throughout the ESG sector were Fixler’s public allegations of “greenwashing” — the misleading presentation of investment vehicles as sustainable. Her claims led to investigations of the company by the German financial regulator BaFin and by the U.S. Securities and Exchange Commission (SEC) and Department of Justice, the Times reported.

What is DWS accused of? Fixler is alleging that while DWS claimed to have almost $600 billion in ESG assets, its auditing process was both flawed and nonbinding, according to the Times. In other words, the standards for what constituted ESG were both inconsistent and obsolete, and fund managers were not required to follow them.

Are DWS outliers? No. An August report from think-tank InfluenceMap found that more than half of “climate-focused” ESG-funds don’t actually meet the targets set in the 2015 U.N. Paris Climate Agreement. In the broader ESG category, things were even worse — about 71 percent were “misleading,” according to Bloomberg Green.

A LUCRATIVE BUT UNREGULATED INDUSTRY

Problems with certification abound: A mishmash of bad data, inconsistent reporting guidelines and short-term incentives inspire traders and fund marketers to sell ESG funds more than they are inspired to verify that those funds are, in fact, ESG.

This problem is pervasive throughout the financial system — but the lack of universal reporting standards, or any clear government enforcement or guidelines (at least in the U.S.) has made it a particular concern in ESG, Bloomberg Green reported.

That means, for example, that since 2017 Microsoft was able to halve its Scope 3 emissions — those necessary to the manufacturing or use of its products but “outside its operational control” — with “a wave of a calculator,” the Journal reported. The tech giant hadn’t changed its policies — only its accounting, highlighting that dramatic apparent reductions can be nothing more than an artifact of bookkeeping.

“The measurement, target-setting, and management of Scope 3 is a mess,” Anant Sundaram, a finance professor at Dartmouth College, told the Journal, emphasizing how “numbers can be absurdly off.”

Takeaway: As the DWS scandal leads regulators on both sides of the Atlantic to look deeper into allegations of greenwashing — and as the SEC considers its own ESG-disclosure regulations — U.S. and European firms are bracing for a stiff adjustment.

“The definition of what ESG or responsible investment truly is has been up for debate ever since it was created,” portfolio manager Sébastien Thevoux-Chabuel told the Financial Times. “[What] has happened to DWS could happen to almost any investor.” 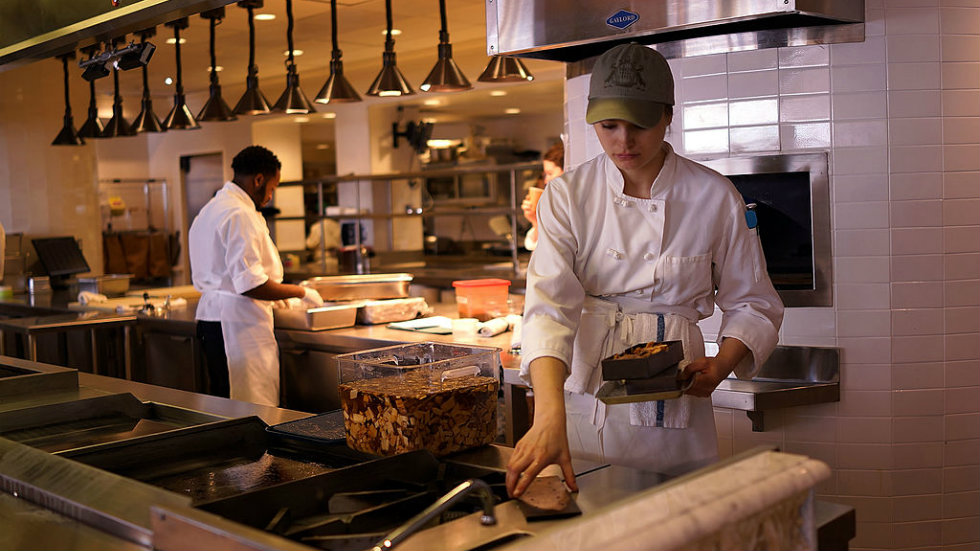 In which we explore the unease rattling different sectors as we grapple with an uncertain future.