Scientists at a major international nuclear fusion research and engineering project in France have received the first component of a 60-foot magnet so strong that its American manufacturer has said it could lift an aircraft carrier, The Associated Press (AP) reported.

The magnet — which will be 14 feet in diameter once assembled, according to the AP — is critical to the collaborative effort of 35 countries to harness an elusive source of energy that could help combat climate change: nuclear fusion.

Different from nuclear fission — which splits atoms apart and spews long-lasting radioactive debris — nuclear fusion merges atoms together and could provide a reliable and clean power source for when solar and wind are offline.

Scientists at the International Thermonuclear Experimental Reactor told the AP they are preparing to fire up their experimental reactor, which they said is 75 percent complete, by 2026, but industrial-scale reactors are likely decades away.

Until there’s a cheap and abundant system of zero-carbon energy, though, we’ll have to deal with the complications of our current high-carbon one. Today, we look at two implications of that: How drought is driving up California’s fossil fuel use, and a pilot attempt to start pulling a bit of that carbon out of the atmosphere. 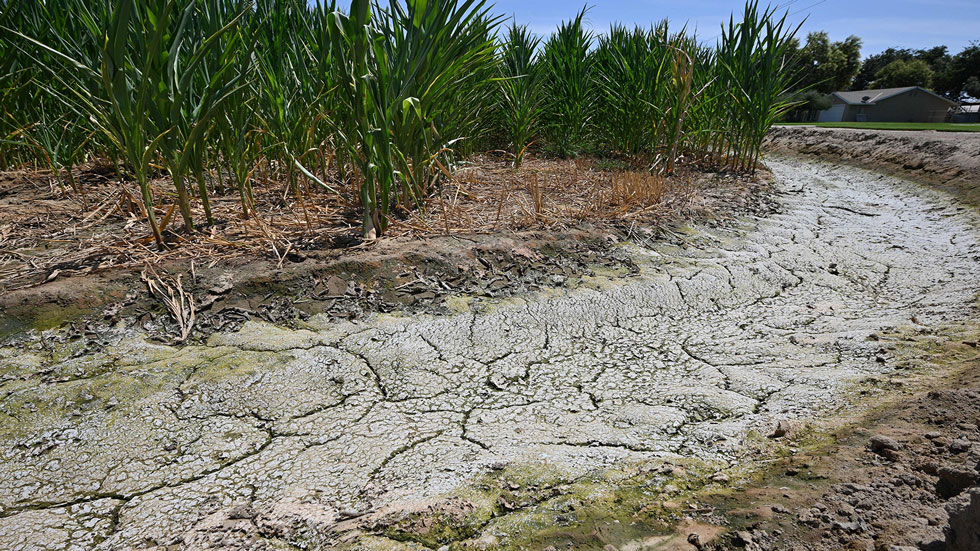 Drought in California, coupled with population growth, is accelerating the need for carbon-intensive water projects — driving up greenhouse gas emissions and thwarting the pace of statewide decarbonization efforts, a new study has found.

A failure to make California’s water-related power infrastructure more efficient could lead to a 21-percent hike in electricity usage between 2015 and 2035 — and a 25-percent rise in natural gas consumption, according to the study, published by the Oakland-based Pacific Institute and commissioned by the nonprofit think tank Next 10.

That means without a more integrated vision, California could be stuck in a vicious cycle: Drought leading to more emissions, which could make droughts worse.

“If you think about water and energy together, then some of the decisions we make will be different,” Peter Gleick, co-founder and president emeritus of the Pacific Institute, told Equilibrium. “Given the climate crisis, it’s important we make smarter decisions about both water and energy.”

Why consider water and energy together? Because water and energy are “inextricably linked in California,” according to the authors. For example, the State Water Project — which pumps water from Northern California lengthy distances — is the single largest consumer of electricity in the state. Such interdependencies mean that “as one resource faces constraints or challenges, so does the other,” in a relationship known as the “water-energy nexus.”

How much energy are we talking? A lot. Water use, collection, treatment and management is linked to about 20 percent of California’s statewide electricity use, one-third of non-power plant natural gas consumption and 88 billion gallons of diesel use, according to the study.

Does agriculture play a role in this nexus? Yes, but not as much as urban water usage. Declining groundwater levels mean it now takes more energy to pump water up to the fields. But it takes twice as much electricity to meet water demands in California’s cities as it does to irrigate its farms, the report found.

That means improved urban water efficiency would have the biggest effect on California’s water-related greenhouse gas emissions, according to the authors.

But it works both ways: New comprehensive water conservation and efficiency strategies could allow a 19-percent reduction in water-related electricity usage between 2015 and 2035 — allowing a 16-percent reduction in natural gas usage and a 41-percent drop in greenhouse gas emissions, according to the authors.

‘CHANGING THE ENERGY SYSTEM ITSELF’

What can be done? “The good news here is [that] the solutions that provide the best climate outcomes are almost always economically and environmentally the best solutions as well,” Gleick told Equilibrium.

Some such solutions that the authors recommended are:

That last idea would be particularly useful, as wastewater treatment accounts for nearly 1 percent of the entire country’s electricity consumption, the authors explained. The East Bay Municipal Utility District’s treatment plant, for example, generates more energy than is needed onsite, and therefore sells the surplus back to the grid.

Takeaway: If energy-intensive technologies are to remain part of a region’s water supply landscape, officials must work on decarbonizing the grid — with the ultimate goal of “changing the energy system itself” alongside strong conservation policies, according to Gleick. 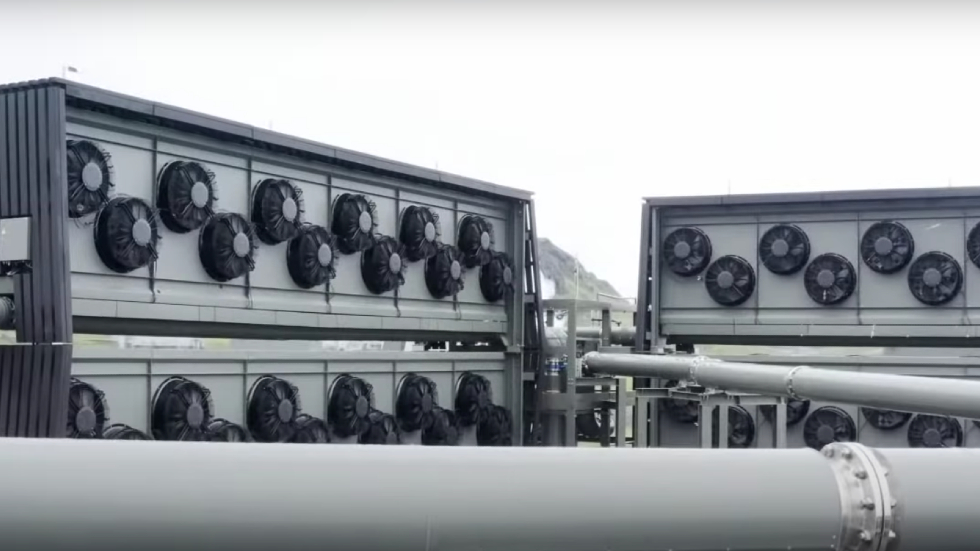 The world’s largest facility to recapture emissions directly from the atmosphere — a process called direct air capture — pumped its first load of carbon dioxide beneath the surface of Iceland, where it will gradually turn to stone over the next two years.

The Orca facility both takes a huge step toward the goal of negative emissions — and remains a tiny drop in the bucket of what’s needed.

First steps: The Orca facility is the 16th direct air capture project operated by Climeworks AG, a Swiss startup. While Climeworks’s other plants recycle captured carbon for fuels, fertilizers and carbonated beverages, Orca — Icelandic for energy —  is the first to store it, according to Bloomberg Green.

Storage has been a key piece missing from carbon capture — which major international agencies like the Intergovernmental Panel on Climate Change (IPCC) and International Energy Agency (IEA) see as a crucial technology to keep temperatures below 1.5 degrees Celsius.

It’s a small but lucrative start: While those groups estimate a need for billions of tons of carbon dioxide to be captured per year, Orca captures only 4,000 tons — about as many as 250 U.S. residents and “a long way” from the company’s original goal of 300 million tons by 2025, Bloomberg Green reported.

But even at a sky-high $1,200 per ton of carbon credits, Climeworks has almost sold off all its carbon credits to companies seeking to offset their pollution, the Financial Times reported.

How does carbon capture work? Powerful fans suck air through shipping-container sized boxes filled with filters that capture the carbon — which is then mixed with boiling water and injected “thousands of feet underground into basalt rock formations,” which it fuses with over a period of years, according to E&E News.

A growing market: But Climeworks claims it can get costs below $300 per ton by 2030 — well below the current price $500 per ton California uses when calculating emission savings from electric vehicles, the Post reported.

And the rapid sell-off of its carbon credits has inspired the company to begin designing another facility at an undisclosed location that will be 10 times the size of Orca, the Times reported.

Carbon Engineering Ltd., a Vancouver-based startup, is developing plants in Scotland and Texas’ Permian Basin that it expects will capture about 1 million tons of carbon dioxide per year, according to E&E — storing the equivalent of 1.2 million acres of forest using 100 acres of industrial land.

Last words: To reach the IPCC and IEA estimates, though, we’ll need to see a massive scale-up. “We need to turn this into a Starbucks, circa 1999, where you see one on every corner,” Peter Psarras, who teaches chemical and biomedical engineering at University of Pennsylvania, told E&E News. “I think this is the future we might see in the next decade.” 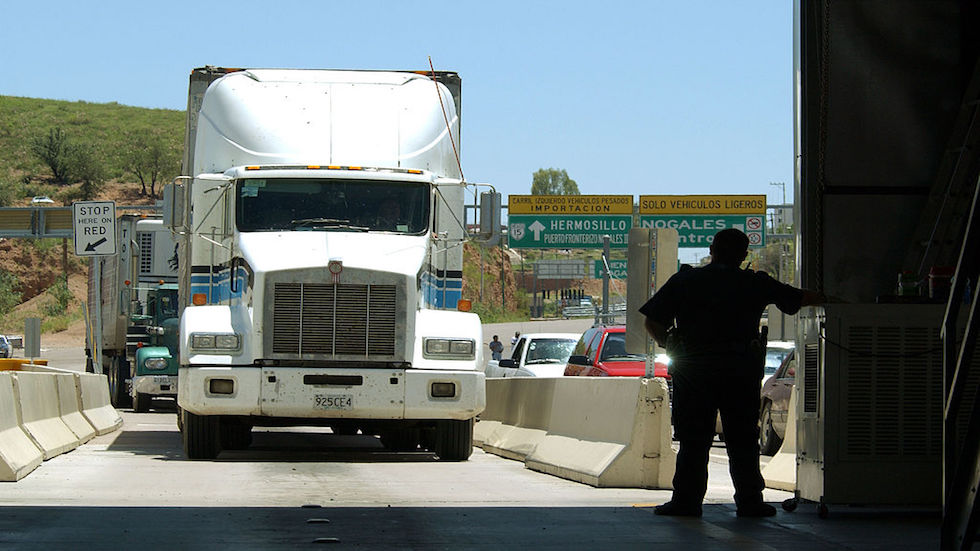 Sasse to retire from Senate, become University of Florida president