The governments of Ecuador, Colombia, Panama and Costa Rica are launching a unified marine corridor aimed at protecting Galápagos wildlife from the threat of massive Chinese fishing fleets, The Wall Street Journal reported.

The goal is to prohibit industrial fishing in a stretch of ocean twice the size of Arizona, say the governments, who have accused Chinese boats of plundering fishing stocks. Environmentalists say the fish are a critical source of food for many marine animals, including giant turtles, rays, humpback whales and hammerhead sharks, the Journal reported.

While this will be “the first multicountry protected area” worldwide, oversight and enforcement could prove to be a challenge, Maximiliano Bello, an international ocean-policy expert for California-based Mission Blue, told the newspaper.

“How do we make sure that the high seas…is not a wasteland, that is not the Wild West where there are no rules?” Bello questioned.

Today we’ll return to another region of the world where people are questioning rules — Glasgow, Scotland, host of the ongoing U.N. climate summit — and look at calls for action from young activists. Then we’ll turn to the refusal of global oil producers to ramp up production amid rising prices. 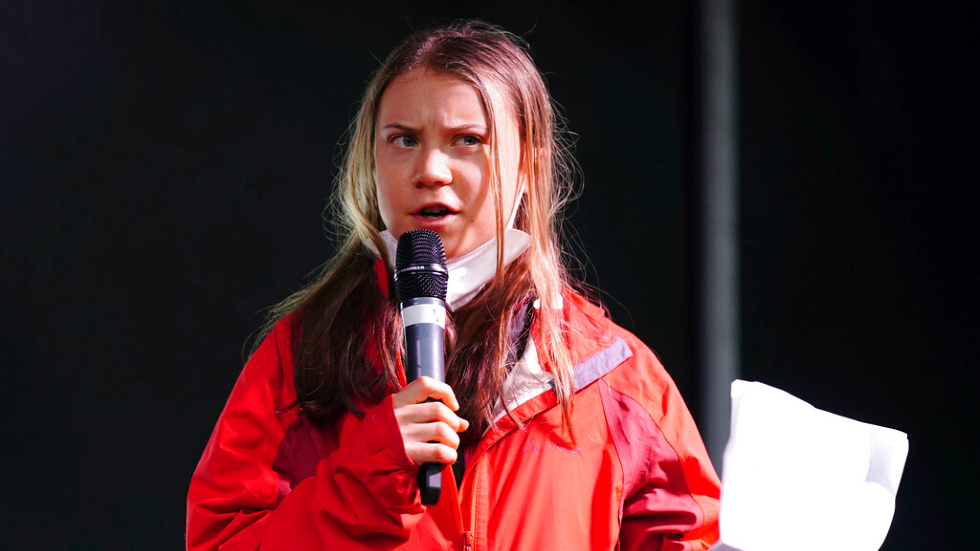 Young voices were in the spotlight at the U.N. Climate Change Conference (COP26) on Friday — both on the actual summit stages and at marches aimed at protesting policy sessions at the Glasgow venue.

Greta Thunberg, the 18-year-old activist whose 2018 climate strike inspired the global “Fridays for Future” movement, joined thousands of her peers protesting in the city on Friday, The New York Times reported. While such marches have been taking place all week, this was one of the largest protests to take place thus far — with even bigger events expected for Saturday, according to the Times.

Why are they protesting? As governments and companies have been announcing pledges to end deforestation, mobilize trillions of dollars for green initiatives and phase out coal-fired power plants, the young activists have been dismissing these efforts as insufficient, the Times reported.

“There are just politicians and people in power pretending to take our future seriously,” Thunberg told a small crowd on Monday.

Allowing polluters to keep polluting: Activists have voiced concerns that carbon credits — permits that emitters need to buy, typically from governments, to keep emitting — are a distraction from emissions reductions, according to Politico. Meanwhile, they say that carbon offsets — when a country or company plants trees or does something else to remove carbon from the atmosphere, to sell to an emitter seeking to reduce its carbon footprint — allow industries to continue polluting. 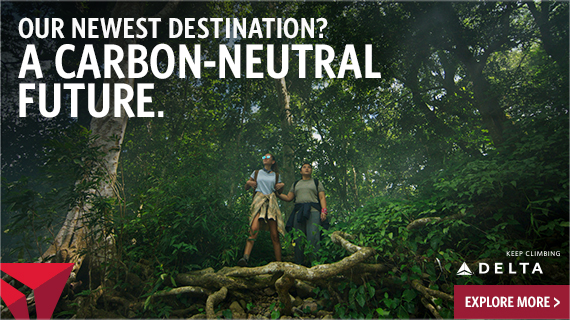 On the eve of Friday’s rally, Thunberg called the U.N. climate summit “a two week celebration of business as usual and blah blah blah” on Twitter, triggering what The Wall Street Journal described as “an online debate about her increasingly salty language.”

Asked on Twitter if she would commit to “net-zero” bad language, Thunberg responded that she would stop swearing in the type of time frame most big countries have provided for when they will reduce their emissions to zero.

“Do they propose another solution?” she asked the outlet. “The leaves of the trees will fix the carbon, that’s scientific.”

Storing carbon on behalf of companies or other nations is an important economic opportunity for Rwanda, as the country is 30 percent forest, Mujawamariya told the newspaper, criticizing Western efforts to dictate the types of climate projects that should receive financing.

Unrest outside, but what about inside? Inside the COP26 summit hall on Friday, the theme of the day was “Youth and Public Empowerment,” with the stated goal of “elevating the voice of young people and demonstrating the critical role of public empowerment and education in climate action.”

“We are also very sorry for all the young people who are not allowed to enter,” said Marie-Claire Graf, a leader of the conference organizing body’s youth constituency, at a Friday morning session.

Emphasis on climate empowerment: Saher Baig, a liaison from the Conference of Youth that had taken place directly prior to COP26, emphasized the importance of prioritizing climate empowerment, by including vulnerable and marginalized indigenous communities in the conversation. A series of youth leaders from around the world then outlined their specific calls to action, during the hour-long session.

A second session served to facilitate a dialogue between youth leaders and high-profile experts, with the goal of bringing multiple generations together and strengthening the scale of climate action, according to officials.

Last words: “Because we still cannot take decisions in the negotiations, we are handing them over to the ones who are sitting at the tables to take the decisions for us and our future,” Graf said. 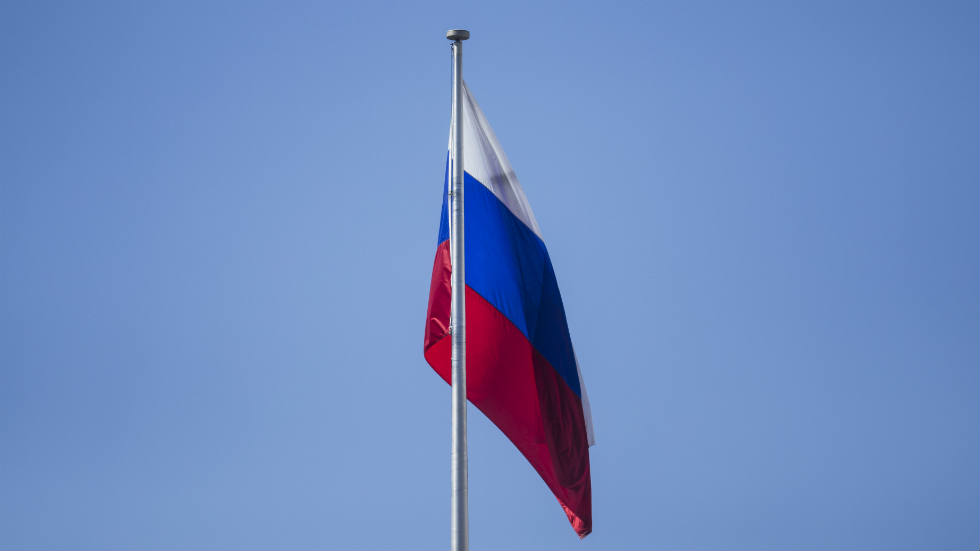 Officials from both Russia and Organization of the Petroleum Exporting Countries (OPEC), as well as other oil-producing nations, declared on Thursday that they won’t be accelerating oil production, despite pressure from the Biden administration, The New York Times reported.

Amid escalating oil prices — which have reached their highest in seven years — President Biden and other world leaders had called upon Saudi Arabia, the United Arab Emirates and other countries to ramp up production.

Rebuffing the president, however, these countries said on Thursday that they would stick to previous plans of boosting production by only 400,000 barrels a day next month, which the Times described as a “modest” increase.

Why does this matter? For one thing, prices at the pump for gasoline consumers remains high.

Crude oil prices rose more than 3 percent on Thursday morning, although they softened significantly after the announcement from OPEC+, the combined acronym for OPEC and allied Russia-led producers, The Wall Street Journal reported.

“OPEC+ seems unwilling to use the capacity and power it has now at this critical moment of global recovery,” a representative of the White House National Security Council told the newspaper.

Blame game: Biden directly blamed the cartel members for the higher oil and gasoline prices in the U.S. — describing the situation as “a consequence of, thus far, the refusal of Russia or the OPEC nations to pump more oil,” the Journal reported.

What can be done? The Biden Administration is considering using “a full range of tools” at its disposal, the White House National Security Council representative told the newspaper. The U.S. and other industrialized countries have large reservoirs of oil that can be released in emergency situations.

But analysts have warned that doing so would only provide temporary relief, according to the Times.

Calling for oil, amid climate talks: Demands for increased oil production from not only the U.S., but also from Japan, India and other major consumers, came as the COP26 summit continued in Glasgow.

At the same time, some 40 countries — but not the U.S. — pledged to end the use of coal, according to the Times, while 20 countries — including the U.S. — agreed to end financing for fossil fuel projects abroad, CNN reported.

Climate conundrum: The refusal of OPEC+ to ramp up oil production is rattled with complications. But from the perspective of these countries, Biden and other leaders are requesting that they provide more oil to smooth a transition to a world in which they will be out of business, according to the Times.

There is likely “growing frustration” among these oil producers “at being asked to supply more barrels by Western leaders who are also calling for a rapid transition to renewables and an end to the age of oil,” Helima Croft, from the investment bank RBC Capital Markets, told the newspaper.

Takeaway: As a result, according to the Times, OPEC+ may prefer to obtain higher revenue now, while building up financial reserves so that they can invest funds in renewable energy development later. 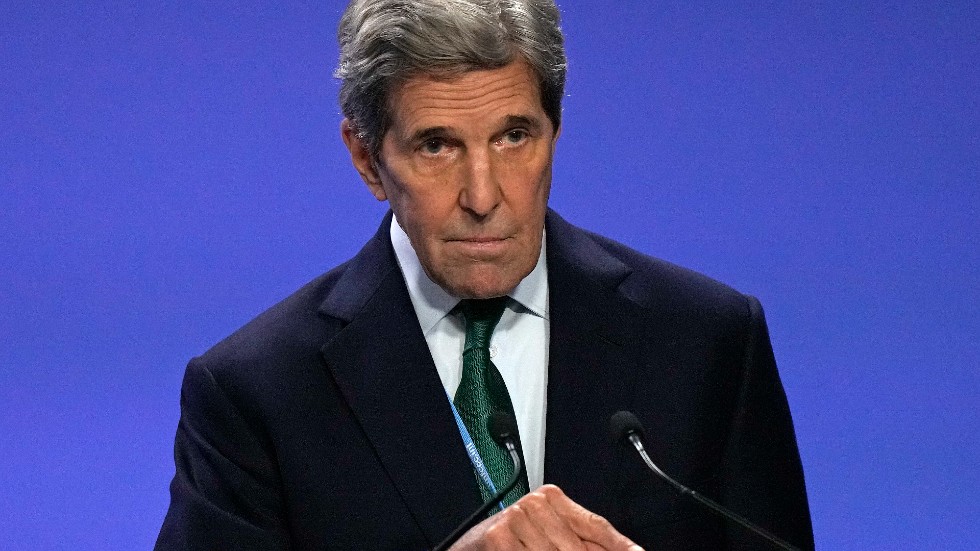 New COP26 pledges could, however, limit warming to 1.8 degrees

Climate change itself may be contaminating drinking water and alpine ecosystems

Please visit The Hill’s sustainability section online for the web version of this newsletter and more stories. We’ll see you on Monday.{mosads}