Researchers are hoping to accelerate the “evolutionary clock” of coral reefs in a “Darwinian experiment” to develop “super corals” that defy the impacts of global warming, The Associated Press reported.

“Assisted evolution started out as this kind of crazy idea that you could actually help something change and allow that to survive better because it is changing,” Kira Hughes, from the University of Hawaii, told the AP.

For the past five years, Hughes and her team have been testing methods to make corals more resilient, including selective breeding for desirable traits, acclimating the corals to heat through exposure and modifying the algae that nourishes the corals, according to the AP. Over the next few years, the scientists will be selectively placing their lab-bred coral back into Kaneohe Bay to observe their behavior.

“We have to intervene in order to make a change for coral reefs to survive into the future,” Hughes told the AP.

Today we’ll look at another species struggling to adapt to the effects of climate change — residents of Los Angeles County, who have been increasingly avoiding the outdoors due to air quality concerns, according to a new study. Then we’ll explore the difficulties many tribal nations still face accessing clean water — and what’s being done to change things.

Air quality kept half of LA inside in 2021: study 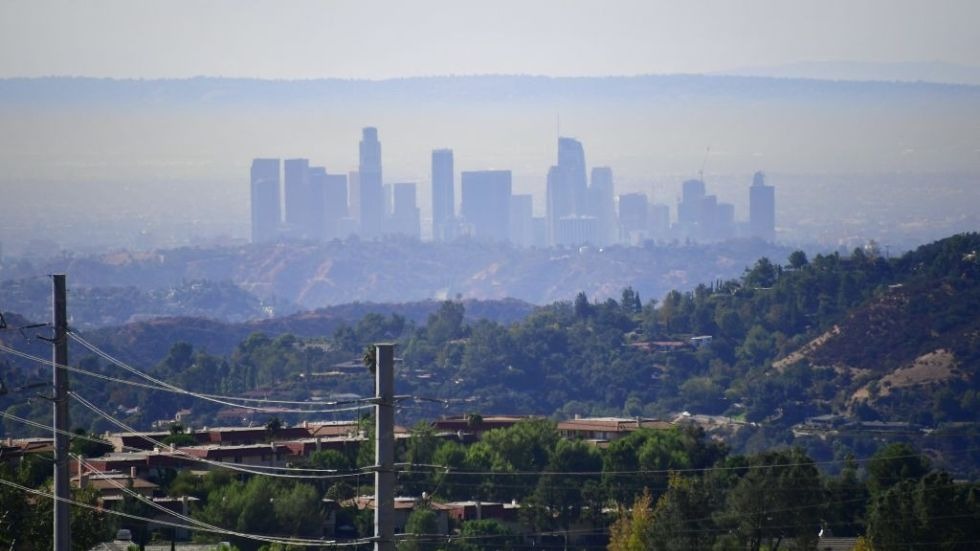 Half of Los Angeles County residents have avoided going outdoors in the past year due to wildfire-related air quality concerns — a 30 percent increase from 2020, a new study from the University of Southern California has found.

First words: “The startling increase in the percentage of Angelenos who didn’t want to leave their homes because of unsafe air resulting from wildfires really speaks to the growing threat wildfires pose to quality of life in Los Angeles,” Kyla Thomas, director of LABarometer, said in a statement.

Interacting with a heating world: With the understanding that Los Angeles may experience a tenfold surge in heat wave frequency by 2050 — and up to a 40-percent increase in the areas burned by wildfires — the survey explored how county residents interact with their natural environment amid a warming climate. A total of 1,244 residents from randomly selected households participated in the survey, which was available in both English and Spanish.

About 75 percent of Angelenos said that climate change is caused mostly by human activity — up 3 percentage points from 2020, and significantly higher than the 60 percent of U.S. residents who acknowledge that warming is mostly a result of human activities, the survey said, citing the Yale Program on Climate Change Communication.

Local governance is insufficient: The percentage of Los Angeles residents who feel that climate change threatens their well-being rose 4 points from 2020 to 77 percent, while those who responded that the local government is doing enough to combat climate change remained stable at 18 percent, according to the survey.

Climate distress: About 1 in 4 Angelenos said they experienced psychological distress due to natural disasters in the past year, with lower-income and younger residents most affected, the survey found.

Nonetheless, about two-thirds of Angelenos said they felt that their own actions could make a difference in the fight against climate change, with seniors (60+) 23-percent more likely to think so than young people ages 18-39.

Black residents were significantly more vulnerable to heat exposure than white residents at both home and work, according to the survey.

Asian and white Angelenos were most likely to report air conditioning in their homes — 89.5 percent and 86.9 percent respectively — while only 65.5 percent of Black residents and 80.1 percent of Hispanic residents said that they had AC units.

A rise in electric vehicle interest, but it depends on whom: The most likely resident to buy or lease a hybrid or electric vehicle was a non-Hispanic white, under 40, college-educated or high-income males, according to the study.

Last words: Christopher Hawthorne, director of the “3rd LA” urban design program at USC Dornsife, stressed that the willingness of the majority of Angelenos to consider buying a zero-emissions vehicle has implications beyond “air quality and the fight against climate change.”

“It raises important questions about urban planning, including what happens to the city’s 500-plus gas station sites when new gas-powered cars are no longer available,” Hawthorne said in a statement. “The ripple effects from the switch to electric vehicles will be felt across the city for decades to come.” 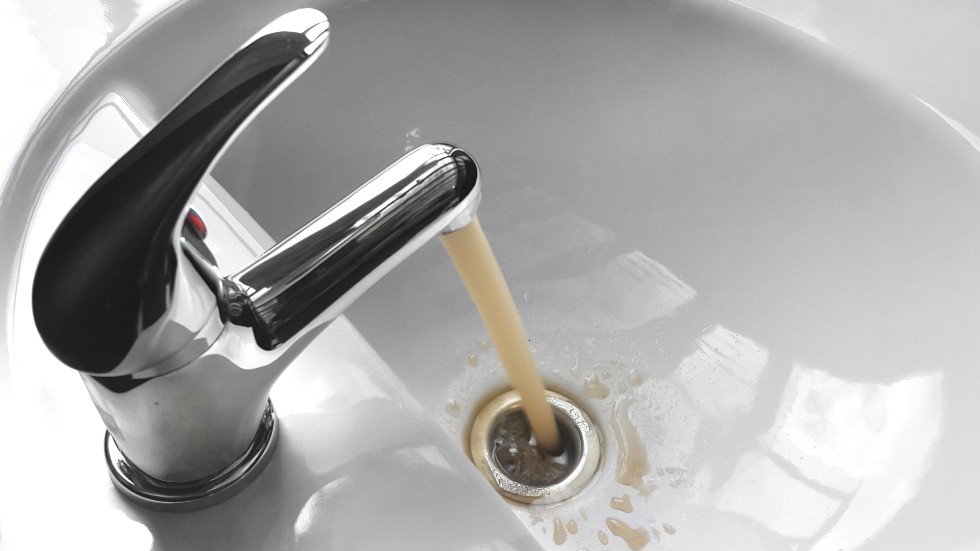 Some 49 percent of tribal homes across the country do not have access to clean drinking water or basic sanitation — a struggle that is all too known in New Mexico’s To’hajiilee community, KUNC reported.

First words: “Our water here, it sometimes comes out like the color of the sand,” tribe member Nora Morris told KUNC. “I have to haul water for daily use.”

What’s the government doing? The Environmental Protection Agency released a plan in October to address tribal water infrastructure funding shortfalls, as well as enable the full implementation of the Clean Water Act on tribal waters.

The plan, according to the EPA, involves coordination with tribal nations, strengthened governance and increased capacity development and funding — including the distribution of $22 million in drinking water grant funding, E&E News reported.

Has any specific action been taken? Last week, the EPA awarded $1.6 million to the Inter Tribal Council of Arizona, to help identify sources of lead in drinking water in schools and daycare facilities at federally-recognized tribes in New Mexico, Arizona, California, Nevada and the Navajo Nation.

But in To’hajiilee, community members are still shuttling water: To’hajiilee is located just 30 minutes outside of Albuquerque, but the 2,000 people who live there rely on truckloads of water for drinking, according to KUNC.

Most residents shuttle water in from Albuquerque, where they stop at Walmart to fill jugs or purchase bottled water by the crate, as their own aging wells have crumbled, KUNC reported.

And those trips are getting expensive: Each trip to Walmart involves a half-hour journey down a dusty road amid rocky cliffs, as gas prices continue to escalate, residents told KUNC.

A fix in the works, but with some caveats: While To’hajiilee has been negotiating a new pipeline with Albuquerque Bernalillo County Water Authority since 2006, the town’s water system operator said that he only expects water to begin flowing in 2023 — after an agreement on the 7.3-mile pipeline was finally reached in 2020, KUNC reported.

The pipeline will be pricey: And now that the community has permission to construct the pipeline, its residents still confront the challenge of raising the $8 million required to pay for it, according to KUNC.

The money will mostly be coming from New Mexico’s state water board and Navajo Nation — of which To’hajiilee is a satellite community — although some of these funds are grants and loans that require matching contributions, not to mention future pipeline maintenance costs, KUNC reported.

A need for more federal funding: Rep. Melanie Stansbury (D-N.M.) stressed the need for dedicated federal funding that serves to provide clean water access to communities like the To’hajiilee, which she described to KUNC as “a case study fo a much larger issue” — the “underinvestment in tribal water infrastructure.”

Last words: The federal government, Stansbury told KUNCH, needs to “step up and make good on its federal trust and treaty responsibilities and a need to deploy every possible resource and partnership to make sure that we’re bringing safe and clean drinking water to these communities.” 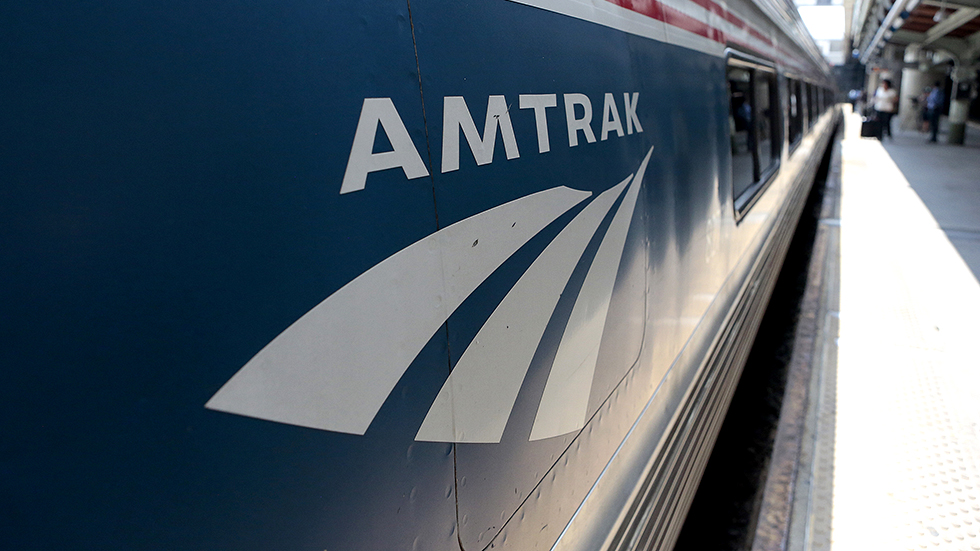 That’s it for today. Please visit The Hill’s sustainability section online for the web version of this newsletter and more stories. We’ll see you Friday.