The Russian town of Verkhoyansk last year recorded the Arctic’s highest-ever temperature, reaching levels that the World Meteorological Organization described as “more befitting the Mediterranean than the Arctic,” The Associated Press reported.

The record-high — 38-degree Celsius (100.4 Fahrenheit) — occurred on June 20, 2020, during a heat wave that scalded Siberia and extended north of the Arctic circle, according to the AP. Arctic temperatures climbed 10 degrees Celsius more than usual last year, contributing to forest fires, sea ice loss and global temperature rises, the AP reported.

On the opposite pole, scientists have discovered key weaknesses in the ice shelf that restrains one of Antarctica’s most dangerous glaciers, raising concerns that this safeguard against sea-level rise could crumble in the next few years, according to The Washington Post.

Today we’ll turn to Russia, which vetoed a U.N. resolution on climate change even as it grapples with the effects of increased Arctic heat. Then we’ll look at the rising threat another sort of flooding — flash floods — poses to commercial buildings across the United States. 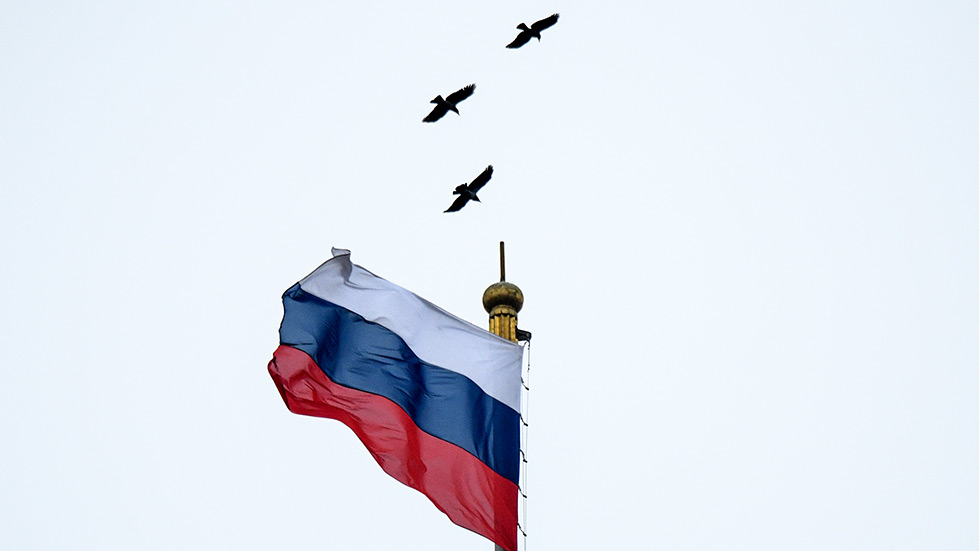 Russia vetoed a United Nations Security Council resolution on Monday that would have classified climate change as a threat to international security, as The Hill reported.

The resolution, spearheaded by Ireland and Niger, called for “incorporating information on the security implications of climate change” into the council’s conflict management strategies and peacekeeping operations, according to The Associated Press.

First words: “Today was an opportunity for the council to recognize, for the first time, the reality of the world that we are living in and that climate change is increasing insecurity and instability,” Irish Ambassador Geraldine Byrne Nason told the AP on Monday.

“Instead, we have missed the opportunity for action, and we look away from the realities of the world we are living in.”

What was the final tally? Some 113 of the 193 U.N. member nations supported the resolution, including 12 of the 15 Security Council members, according to the AP. India and Russia voted against the measure, while China abstained.

If a majority was for it, why didn’t it pass? Because Russia maintains veto power as a Security Council permanent member.

India, China wary about the link: Envoys from the naysaying and abstaining countries argued that bringing climate change into the Security Council’s purview could deepen existing divisions, the AP reported.

Both India and China criticized the notion of linking conflict to climate, predicting trouble for commitments made at last month’s U.N. Climate Change Conference if the Security Council weighs in more, according to the AP. Chinese Ambassador Zhang Jan described the resolution as a Security Council “political show,” as cited by the AP.

What about Russia? Russian Ambassador Vassily Nebenzia said that the resolution would divert the Security Council’s attention from what he described as “genuine” conflict sources and create a “ticking time bomb,” the AP reported.

This was the first veto on any resolution this year in the Security Council, which is the only U.N. body that has the power to impose sanctions, according to The New York Times. In recent years, Russia has been the most frequent user of veto power, to block actions that it believes to be manipulative by Western nations, the Times reported.

“The climate agenda can not be a factor that holds back or restricts development,” said Dmitry Peskov, Putin’s official spokesman, according to Pravda.ru.

Peskov accused “highly-industrialized” nations that “significantly harmed the climate” in their own race to develop of setting the agenda, according to AFP/The Moscow Times.

“The penholders of the document were pushing it through without readiness to discuss the root causes of challenges that vulnerable countries face,” the statement said, according to TASS.

“It resulted in a split among the Council members,” the statement added. “It is regrettable that the subject for the divide was climate which, by its nature, is a unifying agenda.”

What does this mean for the future? The consequences of the vote will only become clear in the coming months, although the process did highlight “the fact that the hold-outs are in the minority,” according to ReliefWeb, an information service at the U.N. Office for the Coordination of Humanitarian Affairs.

Last words: But concerns remain that the outcome of this vote may have “hardened” the position of those nations opposed to linking climate change to international security, the ReliefWeb piece stated.

First words: “Commercial properties are an especially vulnerable point in our economic ecosystem, as damage and closures to these properties has significant direct and indirect impacts on local and regional economies,” Matthew Eby, executive director of First Street Foundation, told The Hill.

What’s the damage? Damage to businesses, stores and apartments could increase 25 percent between 2022 and 2052, hitting nearly $17 billion per year within three decades, according to a joint study by commercial engineering firm Arup and the nonprofit First Street Foundation.

But that’s just a small part of the total cost: Far larger than the direct damage is the spillover impact as stores close, offices furlough workers and families — who may themselves be working from home — are forced to relocate. These financial impacts are estimated to rise to $63 billion by 2052, a nearly 30-percent increase, as the number of lost business days rises from 3.1 million per year to 4 million.

Let’s put those numbers in context: These rises come on top of an already heightened flood risk. Next year, about 730,000 retail, office and apartment or condo buildings will confront risks of flooding in the continental U.S., according to the report (PDF). That is expected to result in $13.5 billion in direct damages and about $50 billion in additional damage, the report found.

Rising baseline risk: As global heating makes the atmosphere warmer and increases its capacity to store moisture, it can create slow-moving juggernauts like 2017’s Hurricane Harvey and this year’s Ida, or storms like the one that dumped 17 inches of rain in Tennessee within 24 hours in August.

The increasing risk from flash floods — like those this year that ripped out the cores of small towns and inundated urban industrial centers in Germany, China and the Pacific Northwest —  means that around 8 percent of existing U.S. U.S. buildings that are currently not at risk will be  considered dangerous investments by 2052, the report found.

Just 8 percent? Yes, but that 8 percent average belies the fact that both the current risk and growth in damage is far more concentrated in certain areas, like along the Gulf and East Coasts, as well as with inland pockets along the Appalachian tributaries of the Mississippi River.

Where, specifically? Coastal communities like Texas’ Bay City, Florida’s Cape Coral and Louisiana’s New Orleans face three to nine times the economic damages from flood-shuttered commercial real estate in 2052 as they do today.

On the state level, Louisiana is projected to have the heaviest impacts, with economic damages increasing 190 percent over the next 30 years. It is followed by Florida at 74 percent, Delaware and South Caroline at 48 percent each and Texas at 34 percent.

A guide to action: Though First Street doesn’t make specific policy recommendations, Eby said he hopes the latest report “will guide policymakers in prioritizing investment in areas where exposure to flood risk and local economic impacts are high.” But they also want to license the tool to asset managers eager to see which areas and properties are most in need of mitigation.

“Until we know where the risk is, how severe it is, and how it’s being impacted by a changing climate, we’re powerless to take any steps to protect communities, properties, or individuals,” Eby told Equilibrium.

Last words: The impact of flooding cuts across socioeconomic groups and includes indirect effects that can spread across entire regions, he added, stressing that in order to protect everyone, policymakers need to “create policies that are as broad in scope” as the dangers

That’s it for today. Please visit The Hill’s sustainability section online for the web version of this newsletter and more stories. We’ll see you Wednesday.