Bald eagle populations have bounced back from near extinction over the past few decades, following a government decision to ban the pesticide DDT in 1972.

But the national bird of prey has recently fallen victim to another enemy — poisoning from lead bullets, a new study has found.

The study, published in the Journal of Wildlife Management, found that poisoning from eating dead carcasses or parts contaminated by lead ammunition has decreased population growth by 4 to 6 percent annually in the Northeast. Hunters often “field dress” a deer they killed with lead ammunition, leaving the contaminated organs at location, according to the study.

“Hopefully, this report will add information that compels hunters, as conservationists, to think about their ammunition choices,” Krysten Schuler, an assistant research professor at Cornell University, said in a statement.

Today we’ll look at the Biden administration’s push to boost carbon-free electricity on public lands. Then we’ll travel across the ocean to Europe, where ongoing tension between the U.S. and Russia is exacerbating European electricity price surges. 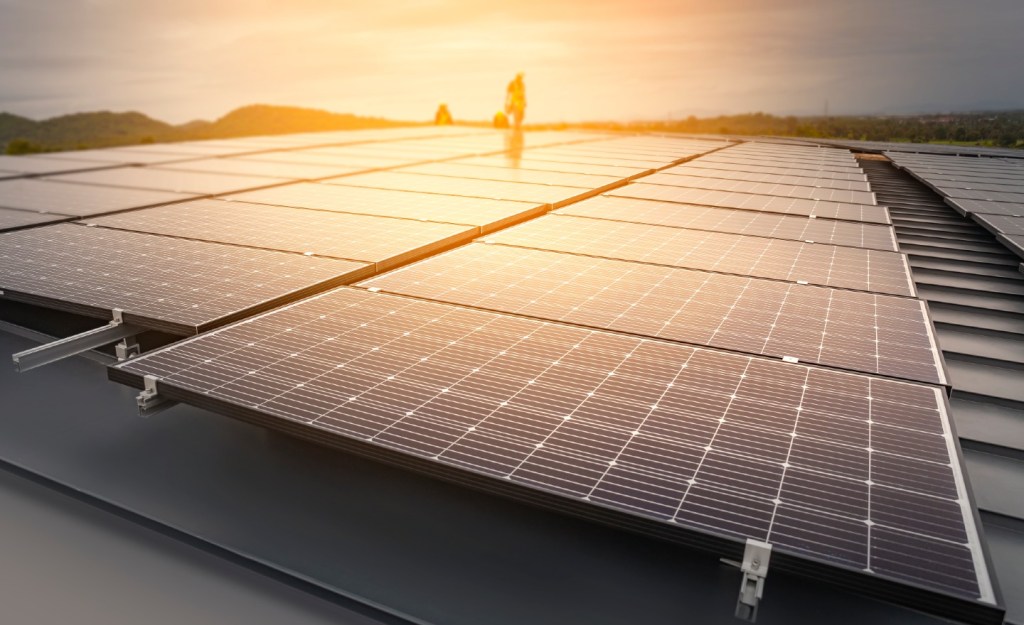 The Biden administration announced Thursday the approval of a third major solar project in California, part of a continued drive to achieve carbon-free electricity generation by 2035 nationwide.

Lighting up public lands: The Oberon project, authorized by the Bureau of Land Management (BLM), will help meet an Energy Act of 2020 goal of permitting 25 gigawatts of renewable energy on public lands by 2025, the agency said in a news release.

Together with two other recently approved projects — Arica and Victory Pass — Oberon’s construction will bring solar power generation on Californian public lands up to 1,000 megawatts.

National solar push amid in-state solar conflict: The BLM announcement comes amid an internal, unrelated solar energy conflict in California, as we discussed on Thursday. That conflict involves a California Public Utilities Commission (CPUC) proposal, which would reduce payouts to residential solar rooftop customers who sell the excess electricity back to the grid.

The solar rooftop battle has garnered the support of the likes of Elon Musk, basketball legend Bill Walton and actors Edward Thornton and Mark Ruffalo, all of whom are rallying Californians to fight against the policy.

As opposed to the piecemeal contributions of solar rooftops, expansive photovoltaic solar fields like Oberon have massive capacity for power generation.

Empowering the desert: Construction of Oberon will take place in an area identified as suitable for renewable energy development, under BLM’s Desert Renewable Energy Conservation Plan Land Use Plan, according to the agency. The project is expected to create eight permanent jobs and 750 union construction jobs, the news release said.

Last words: “The Oberon Solar Project is another example of how our public lands are playing a key role in contributing to the nation’s renewable energy portfolio,” BLM Director Tracy Stone-Manning said.

“We’re grateful for the collaboration between Tribal governments, local communities, state regulators, industry, and other federal agencies that is shaping responsible development on America’s public lands for the benefit of current and future generations,” she added. 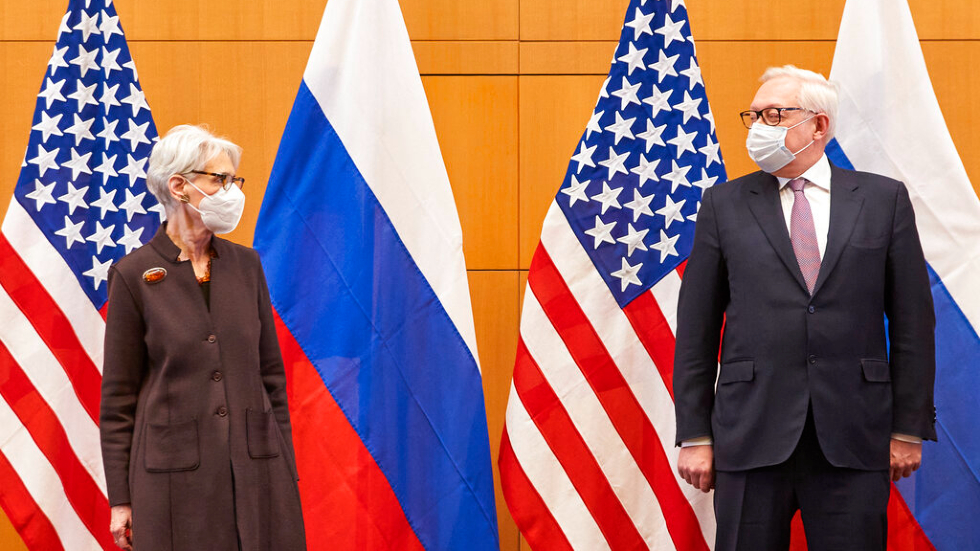 As tensions between the United States and Russia continue to mount, Europe has little ability to penalize Moscow — as the continent gets almost one-third of its natural gas from Russia, The Wall Street Journal reported.

What’s going on? Quite a bit. Earlier this week, the U.S. and Russia wrestled over Moscow’s deployment of more than 100,000 troops along the Ukraine border — which also happens to be a primary artery for natural gas consumed in Europe, according to the Journal.

The Senate voted on Thursday to axe a bill sponsored by Sen. Ted Cruz (R-Texas), which would have imposed sanctions on the Nord Stream 2 pipeline that conveys Russian gas to Germany, the Journal reported.

Meanwhile, Western officials have been accusing the Kremlin of withholding supplies in recent months to pressure European regulators to approve that pipeline, according to the Journal.

Why did the Senate vote against the pipeline? The Biden administration and its allies argued that the bill would do little to hamper Russia’s influence because construction of Nord Stream 2 is nearly complete, The New York Times reported. On the contrary, they contended, sanctions could create a divide between the U.S. and Germany, according to the Times.

“If this bill passes, it won’t make the Nord Stream pipeline any less likely,” Sen. Chris Murphy (D-Conn.) told the Times. “It won’t stop Russia from invading Ukraine. In fact, it will do the exact opposite.”

“It will make the completion of Nord Stream more likely, and it will be a gift to Russia, dividing us from our European allies right at the moment when we need to be in solidarity with them in order to deter Russian aggression,” Murphy added.

“We believe there are strong elements of tightness in Europe’s gas markets due to Russia’s behavior,” IEA chief Fatih Birol told reporters, as cited by CNN.

Birol stressed that “today’s low Russian gas flows to Europe coincide with heightened geopolitical tensions over Ukraine,” according to CNN. Birol added that “the current storage deficit in the European Union is largely due to Gazprom,” referring Russia’s state-owned gas company.

In an effort to cope with the fall-out from surging prices, the French government made the decision to force nuclear electricity giant Électricité de France SA (EDF) “to eat higher energy prices,” the Journal reported in another piece.

More precisely, the French government reached an agreement with EDF that would ensure electricity prices would increase by no more than 4 precent in 2022 — a decision that EDF said could slash $8.82 billion from its 2022 earnings, according to the Journal.

This move caused the company’s shares — of which more than 80 percent are owned by the French government — to plummet on Friday, according to the Journal. The 15-percent drop in EDF’s shares was among the biggest decrease for the company since it listed in Paris in 2005, the Journal reported, citing FactSet data.

The alternative could have been worse: Without this shift, Economy Minister Bruno Le Maire said that prices would have surged more than 35 percent on Feb. 1, the Journal reported, citing Le Parisien newspaper.

Because France generates more than 80 percent of is power from nuclear energy, the country was shielded, in part, from price jumps that slammed Europe in the second half of 2021, according to the Journal. That said, electricity prices are still influenced by the price of gas.

What about elsewhere in Europe? The governments of Spain and Italy have tried to soften the hit to customers with subsidies, tax reductions and support for lower income households, according to the Journal. 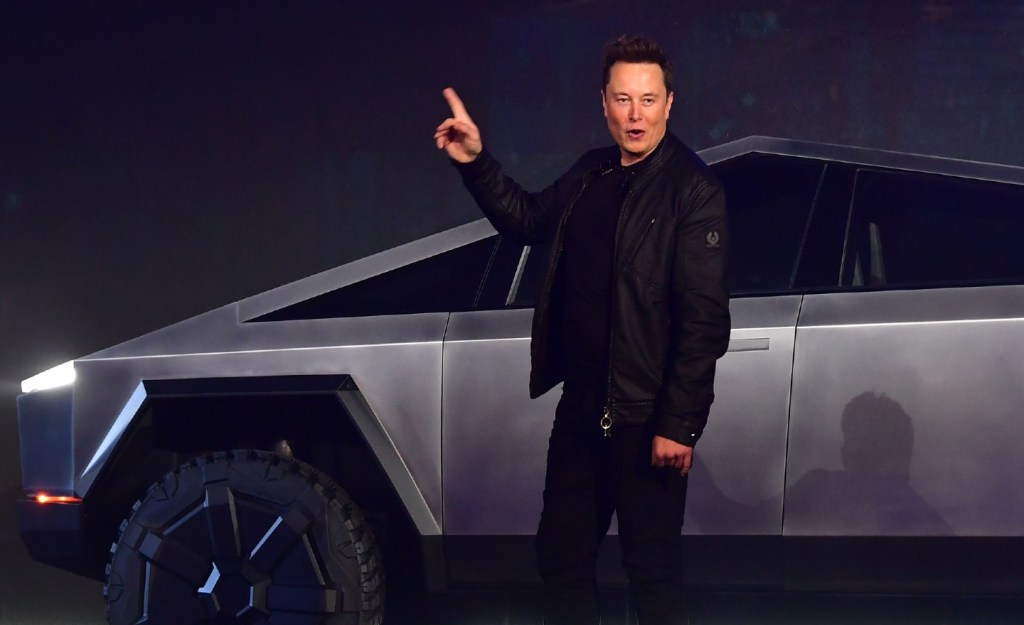 A look at issues we’ve explored this week.

Telemedicine may be boosting surgical care for underrepresented groups: study

Why the earthquake in Turkey, Syria was so devastating

Biden has work to do with State of the Union

Chinese balloon ordeal could overshadow State of the Union

Five questions for Biden’s State of the Union address