A storm system that cut off power for at least 200,000 customers and blanketed southern states with snow on Sunday slithered across the Northeast on Monday, The New York Times reported.

“This storm is going to be pretty significant in terms of generating travel impacts, outages and things of that nature,” Rich Otto, a meteorologist with the National Weather Service, told the Times.

The Washington area had already recorded some snow by Sunday evening, with more likely on the way. Parts of upstate New York were under a winter storm warning — expecting up to 20 inches of snow and “significant blowing and drifting,” the Times reported, citing the National Weather Service.

“Overnight is going to be very unpredictable,” New York Gov. Kathy Hochul (D) said. “And with the darkness and ice on the roads and high winds, this could be a very dangerous situation.”

U.S. airlines had canceled more than 1,200 flights early Monday, after about 3,000 such cancellations on Sunday, CNN reported.

Today we’ll look at the devastating volcanic eruption that triggered a tsunami in the Pacific and then we’ll sit down with RAND Corp.’s Aaron Clark-Ginsberg to discuss “climate mobility.” 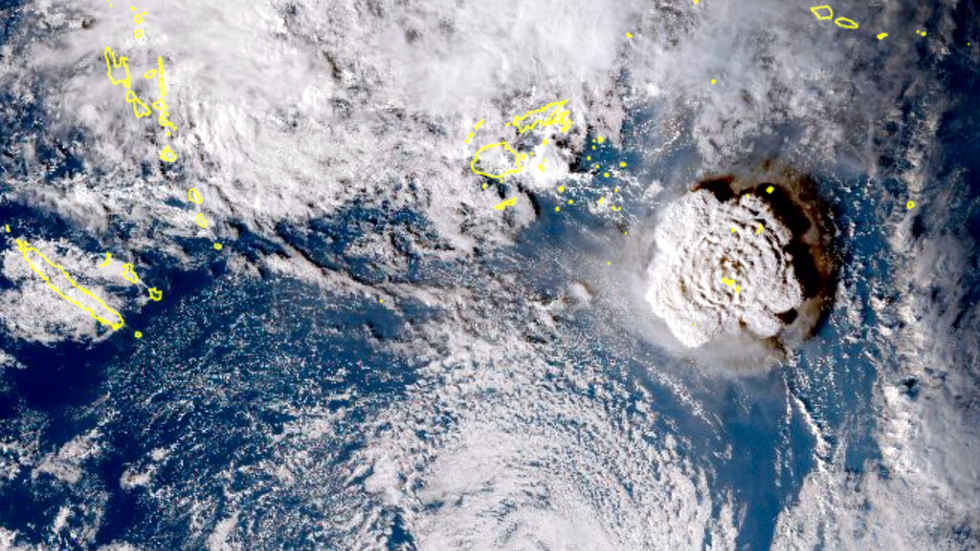 Two days after a tsunami battered the Pacific Island nation of Tonga — killing at least one — most family members have still heard nothing from loved ones, as Tonga’s communications remain cut off from the rest of the world, The New York Times reported.

“The full extent of the harm to lives and property is currently unknown,” Fatafehi Fakafanua, the speaker of the Legislative Assembly of Tonga, relayed via social media on Monday, according to the Times. “What we do know is that Tonga needs immediate assistance to provide its citizens with fresh drinking water and food.”

What happened? An undersea volcano about 40 miles north of Tonga’s main island erupted on Saturday night, spewing ash, gas and steam more than 12 miles into the air, according to the Times.

That explosion — thought to be the largest volcanic eruption in three decades — created a cloud of sulfur dioxide over the region, disabling a submarine Internet cable and sending a shock wave traveling thousands of miles, the Times reported.

Harrowing high-resolution satellite images, made available on YouTube by ABC News, show a mushroom-like cloud swirling over the ocean as the underwater volcano erupted.

At least one person has died, but concrete casualty numbers have been impossible to determine due to the nation’s current inaccessibility.

The body of British national Angela Glover was found by her husband on Monday, her brother told the BBC.

Glover had been swept away trying to save her dogs, while her husband survived by grasping onto a tree, the Times reported.

Where exactly is Tonga? Tonga is about 2,000 miles east of Brisbane, on Australia’s east coast, and 475 miles southeast of Fiji. The country is a Polynesian kingdom, officially called the Kingdom of Tonga, with a population of about 98,000 people, according to Britannica.

Tonga is a member of the British Commonwealth and consists of about 170 islands, with its capital, Nuku’afola, located on the main island of Tongatapu.

Perilous activity along the “Ring of Fire”: Waves of up to four feet hit Nuku’alofa on Saturday after the volcano — called Hunga Tonga-Hunga Ha’apai — erupted, the Times reported. Tonga sits on the Pacific “Ring of Fire,” a group of fault lines where earthquakes and volcanic activity happen often.

Trying to reach Tongans: As of Monday, a lingering ash cloud that had reached 63,000 feet high was making it difficult for international parties to assess the situation in Tonga, according to the Times.

Both Australia and New Zealand had sent surveillance flights but had not yet detailed what they observed, the newspaper reported.

Too soon to assess full impact: The United Nations Office for the Coordination of Humanitarian Affairs announced on Monday that while significant damage to infrastructure had occurred, it was too soon to determine the full impact of the disaster.

UNICEF, meanwhile, said that it was ready to work with the Tongan government to ensure that life-saving support reaches families and children.

“UNICEF will work with the government, civil society organizations, and other development partners to ensure immediate response efforts on the ground, which includes providing clean water, and emergency health supplies for children and families affected,” UNICEF Pacific representative Jonathan Veitch said in a statement.

Tukuafu, who has been in Utah since 2020, said she learned on a Zoom call with contacts in New Zealand that what’s needed most in Tonga is clean water, according to KSL.

“Now, the challenge is how do we get that clean water into the island? And also masks because of the ashes that they’re having throughout the country,” she told the NBC affiliate.

Church also steps in: The Church of Jesus Christ of Latter-day Saints, which has a sizable presence in Tonga — the largest per capita of any nation, according to the church — is also preparing to assist with humanitarian efforts, KSL reported.

The institution said that it will be assisting with the distribution of 50,000 donated masks, while one church has already collected a big container full of food and other items, according to Fahina Tavake-Pasi, executive director of the National Tongan American Society.

Last words: “Now we’re kind of getting over the shockwave. Now I think it’s more into the action mode,” Tavake-Pasi told KSL. “This is reality. Now what do we do? What can we do to help?” 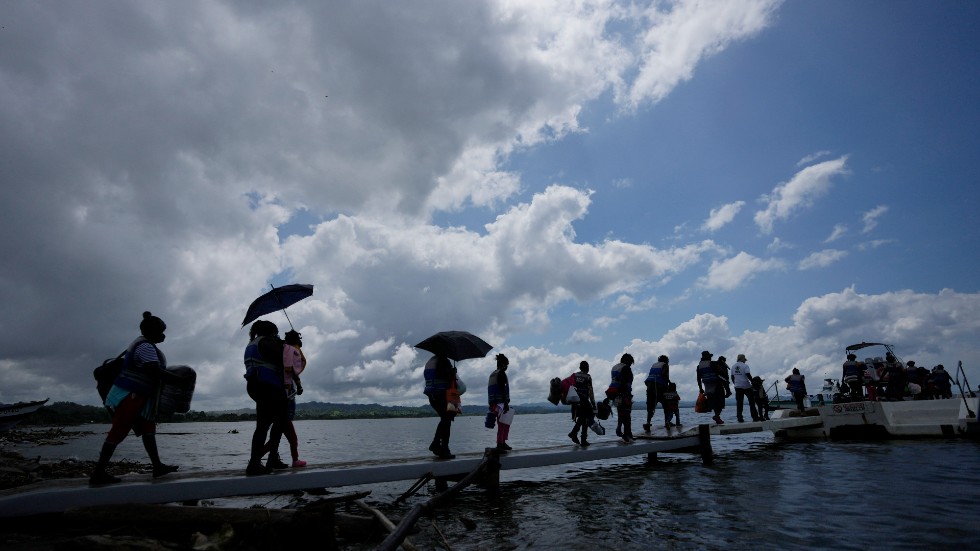 The words “climate migrant” may bring a particular image to mind, such as Salvadorans and Guatemalans leaving farms devastated by drought for the dangerous trek across the Sonoran Desert, or farmers from Africa’s drying Sahel region heading into the treacherous North Atlantic on small boats, aiming for the presumed safety of the Spanish Canary Islands.

But these dramatic images are only a small part of the ongoing and coming migration, Aaron Clark-Ginsberg, a behavioral and social scientistic with the RAND Corporation, explained to Equilibrium.

Clark-Ginsberg, the coauthor of a recent study on a phenomenon called “climate mobility,” sat down to talk to Equilibrium about what is missing in the “climate migration” discussion.

First words: “Migration is not inherently a negative or a positive thing, either in its impact on migrants or on host communities,” Clark-Ginsberg said.

Instead, he said, “it’s a matter of how we structure that migration, and how we support or don’t support migrants in the communities where they live.”

Clark-Ginsberg argues that society thinks about climate migration in a number of incorrect ways:

1. It’s not a foreign phenomenon

“It’s as much of a domestic U.S. issue as it is an international issue”  Clark-Ginsberg said.

“We have the same types of people and groups of people, moving for the same reasons as [in] other countries that are supposedly at the spear point of climate change like Bangladesh. Seas are rising in the U.S., too, and populations are being dispersed by natural hazards.”

2. “Migrants” are a small part of the issue

People leaving disaster-afflicted homes to try their luck elsewhere are a drop in the bucket of a phenomenon that “touches on all aspects of life and employment, all of the sort of migration- or movement-related decisions that we might make,” Clark-Ginsberg said.

3. It’s the vulnerability, not the climate shock

The same climate impact, affecting the same group of people, will have radically different results depending on their government services, built environments and general level of resilience, he said.

“So if we’re thinking about climate mobility seriously, social vulnerabilities should be front and center into how we are trying to adapt.”

Clark-Ginsberg and his coauthors are advocating for the use of the phrase “climate mobility,” arguing it touches on every way climate change impacts people’s movement and where they get stuck.

An example: The ski town of Truckee, Calif., is seeing shorter ski seasons, which means fewer tourists and tourism dollars, as well as a shrinking economic base. Such losses create gradual pressure for both seasonal and permanent residents to go elsewhere.

This is mobility that doesn’t fit the common vision of climate migration — but in many way it’s more representative of the way climate change will drive economic change, which will shift where we live and work, Clark-Ginsberg said.

When it comes to vulnerability, Clark-Ginsberg argued, it’s also important to focus on people’s access to health care, housing, schools and other necessary services.

In practice, this could mean “trying to transform and try to reduce the sort of negative impacts, and capitalize on the positive impacts of changing climate and changing mobility patterns,” he added.

A silver lining: Viewing things this way is “kind of heartening … because it’s up to us” what future mobility looks like, according to Clark-Ginsberg. “It means these ‘climate barbarians at the gate’ narratives aren’t necessarily true, and we can pick the story we turn into reality.”

Last words: That said, “it’s not that we can just wish this into positivity,” Clark-Ginsberg added — at present, “this requires investment in support that isn’t necessarily there.” 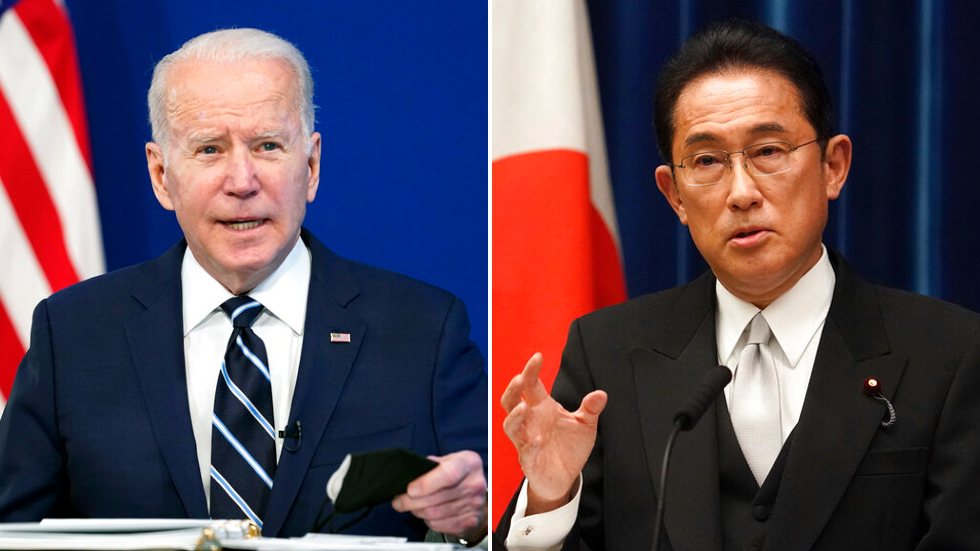