The impacts of climate change will restrict where future Winter Olympics can take place in the Northern Hemisphere, a study from the University of Waterloo in Ontario has found.

Researchers from Canada, Austria and the U.S. determined that if global greenhouse gas emissions do not dramatically decline, only one of 21 cities that have previously hosted the Winter Olympic Games — Sapporo, Japan — would be able to furnish safe and reliable conditions for snow sports by the 2080s, according to the study.

But if countries stop burning fossil fuels in accordance with Paris Climate Agreement targets, the number of cities capable of hosting by the 2080s would jump to eight, the study found.

Today we’ll take a look at another site of international competition, the Mediterranean Sea, where Turkish President Tayyip Erdogan has claimed the U.S. is pulling its support from a plan to pipe Israeli and Cypriot gas more than 1,000 miles undersea to mainland Europe. Then we’ll look at how climate change and pesticides are putting tiny creatures like bees, and the plants they pollinate, at risk.

Erdogan: Money made US rescind support 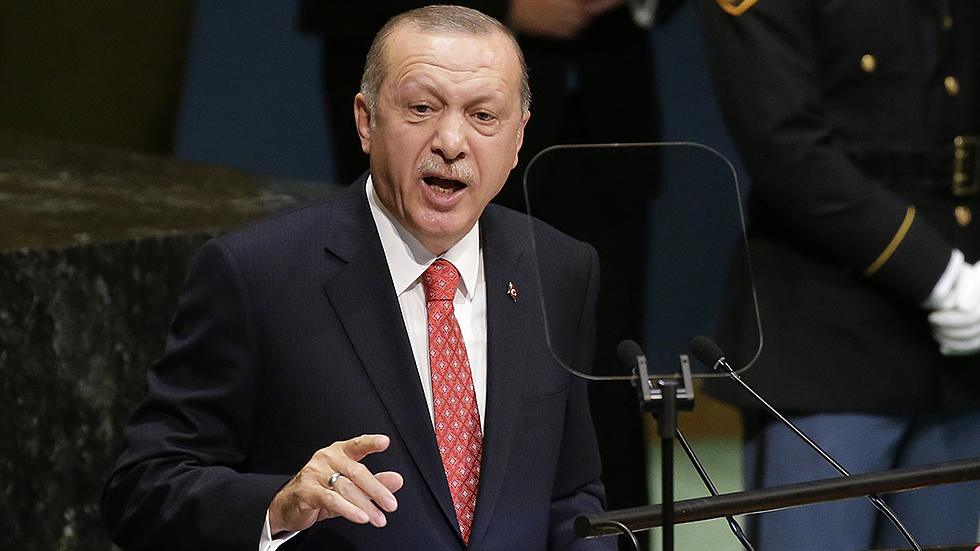 The U.S. is rescinding its support for an underground pipeline that could transport natural gas from the Eastern Mediterranean Sea to Europe due to its economic implausibility, Turkish President Tayyip Erdogan said on Tuesday, according to Reuters.

The so-called EastMed pipeline — proposed as an alternative to Europe’s reliance on Russian gas — would convey some 10 billion cubic meters of natural gas from Israel and Cyprus every year via a 1,180-mile pipeline to Greece, and into Europe’s gas network via Italy, Reuters reported.

First words: “This project is not something that can happen. They [the United States] carried out all the analyses, and they saw it had no positive sides,” Erdogan told reporters during a visit to Albania on broadcaster NTV, as cited by Reuters. “In other words, the cost calculations don’t add up.”

Behind the quote: Erdogan’s comments came amid a recent relaxation in tensions between Turkey and Israel and as natural gas prices in Europe continue to escalate. The European Union relies on Russia for about a third of its gas supplies.

Meanwhile, the Anakara-based Andolu Agency cited a State Department official as stating that the Biden administration is looking “critically at new fossil fuel infrastructure projects to ensure U.S. support is not directed to carbon-intensive sources.”

Temporary reservations or permanent withdrawal? That depends on whom you ask. “The American side expressed to the Greek side reservations as to the rationale of the EastMed pipeline, [and] raised issues of its economic viability and environmental [issues],” one source told Reuters.

But the Turkish news agency described the situation as much more definitive — asserting that the Biden administration “formally withdrew its support for EastMed.”

A MAMMOTH PIPE DREAM YEARS IN THE MAKING

Israeli and European officials first signed a joint declaration for the construction of the EastMed pipeline in April 2017 at a ceremony in Tel Aviv, as reported by The Jerusalem Post. At the time, the privately funded project was estimated to cost $6 billion to $7 billion and be complete by 2025.

A feasibility study — which concluded that the project was technically possible— was co-financed by the European Commission, as part of the EU Project of Common Interest program. The study was carried out by IGI Poseidon, a joint venture between Italian energy company Edison and the Greek DEPA Group.

Path to diversification: Former Israeli Energy Minister Yuval Steinitz described the venture as “the longest and deepest subsea gas pipeline in the world,” while former Greek Environment and Energy Minister Giorgos Stathakis stressed Greece’s critical role in Europe’s gas diversification process “as a transit country,” at the time, as reported by the Post.

What’s the latest? The most recent progress on the EastMed project involved the signing of a memorandum of understand between Israel Natural Gas Lines Ltd. (INGL) and IGI Poseidon in March 2021, for the design of the pipeline’s connection to INGL’s transmission system, a news release from Israeli Energy Ministry stated.

With the signing of this agreement, according to the Energy Ministry, the parties would then begin promoting the planning and licensing of facilities to be built within Israel’s exclusive economic zone — the coastal waters where Israel has jurisdiction and where the country’s natural gas reservoirs are located.

What does the Israeli government have to say? Nothing, as of yet. In response to inquiries from Equilibrium on Tuesday, both Israel’s Energy Ministry and Foreign Ministry declined to comment on Erdogan’s assertions. 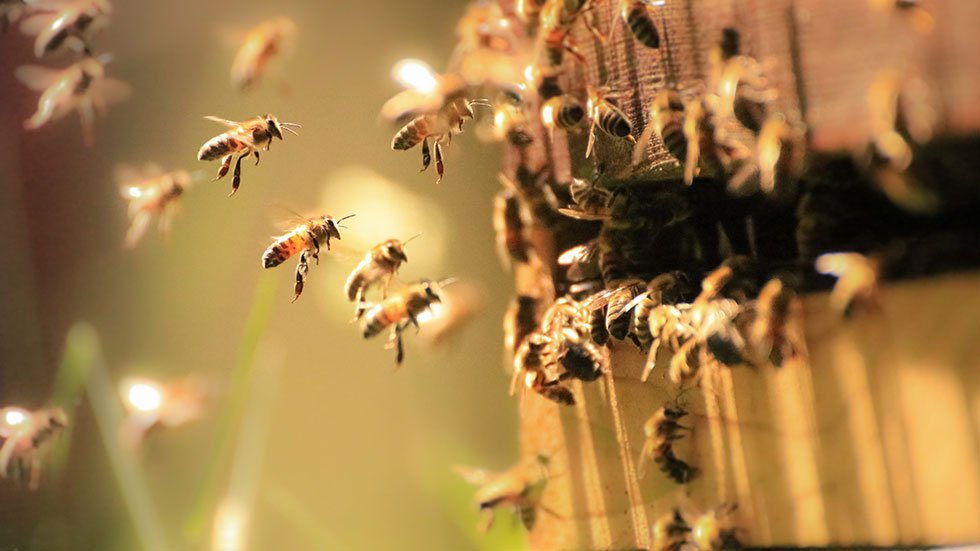 Scientists in the United States and United Kingdom are trying to uncover reasons for the ongoing decline in two small but mighty invertebrate populations: bees and leeches.

These species’ parallel bad fortune signals serious and mysterious problems for agriculture and the health of ecosystems as a whole. They and the studies to rescue them represent two faces of what a 2018 New York Times Magazine article called an “apocalypse” for invertebrates.

First words: Bees play “a critical role” in helping both wild plants and crops reproduce, but “their populations are in decline” from a wide array of environmental stresses, Penn State University entomologist Margarita López-Uribe said in a statement.

Solving a complex mystery: The study, led by López-Uribe, received funding from the U.S. Department of Agriculture (USDA) on Monday, that aims to untangle a complex problem: how much of the declines in bees are coming from climate change?

There’s no easy answer to that question. We know that factors like “pathogens and pesticides” contribute to bee declines, and that bees — “those large, furry insects permanently sewn into their winter coat,” as The Guardian put it last week — are particularly vulnerable to rising temperatures.

What we don’t know — and what the USDA is spending $682,000 to try and find out — is how climate change interacts with those other factors, and what that will mean for future human harvests and wild landscapes.

HOW CLIMATE INTERACTS WITH OTHER THREATS

For a glimpse of what these relationships between climate and other stresses look like, let’s look at a U.K. study focused on the disappearance of a far less charismatic animal: the medicinal leech, which could be extinct in Britain in 25 years, according to the Daily Mail.

Leeches: unpopular but important. For thousands of years, leeches have been important in medicine — and they remain necessary and life-saving aides for certain surgeries, according to University Hospitals (UH) of Ohio.

Specifically, they can suck out stagnant pools of dying blood during operations like skin grafts and reattachment of earlobes and fingers, allowing doctors to save “lives and limbs,” according to UH. They’re also a key food for fish, snakes and other predators.

“Neat creatures:” “They are just neat creatures, it’s so cool that there is such a thing,” Jeremy Biggs of the Freshwater Habitats Trust told the Daily Mail.

Biggs’s study is an attempt to find previously unknown populations of the creatures — or new ponds that might be good habitats to reintroduce them, the Mail reported. Today there are confirmed populations of leeches in just 25 ponds spread over three British counties. (Virtually all medicinal leeches today are grown in labs.)

Collateral damage: Their decline is tied to the prevalence of de-worming drugs like ivermectin, which farmers use to clear livestock of parasites kill leeches. For decades those drugs — which persist in animal feces — have drained into ponds and waterways, the Mail reported.

Compounding climate threats: This is where climate change and other environmental threats come together. The direct threat from climate change is that it is breaking apart the delicately choreographed relationships between the flowering of plants and the birth of new generations of insects — in addition to just making it too hot for some species to live, The Guardian reported last week.

But the leech example shows a more insidious relationship.  A warming climate is good news for some parasitic worms that live in livestock, according to the U.S. National Institute of Health — the kind of parasites that the leech-killing dewormers are used to kill.

That spells a dangerous dynamic. Climate change is bad news for bees, but it’s good news for other species — including destructive, aggressive ones, like crop-eating locusts, disease-bearing mosquitos and the honeybee-massacring Asian giant hornets, The Guardian reported.

Takeaway: If we aren’t careful — and we currently aren’t very careful — the rise in population of locusts and giant hornets will spur an increase in pesticide releases into the environment.

That means that as temperatures rise, more fragile and climate-vulnerable species will be getting hit from both sides. 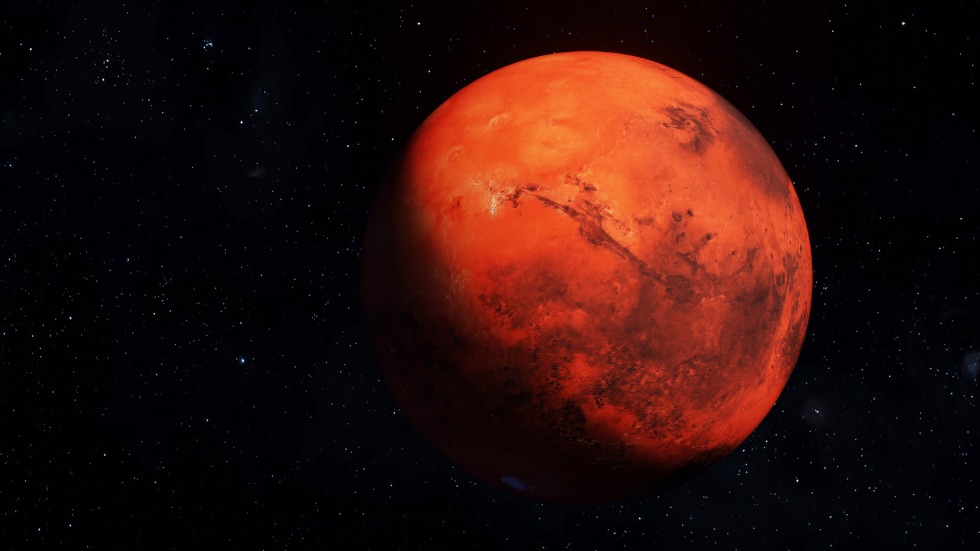 EV batteries are pushing toward the 1,000-mile limit

Tiny robots make their own ‘bones’