Major international airlines have opted to cancel flights to the United States or change the equipment they are using amid concerns that 5G cell phone service could disrupt aircraft operations, The Associated Press reported.

The cancellations came the day after AT&T and Verizon announced that they would postpone this week’s planned launch of new wireless service near some U.S. airports. The 5G mobile service employs a portion of the radio spectrum that is close to the segment used by radio altimeters — the instruments that measure aircraft height and help pilots land in low visibility.

Some airlines said they received warnings that the Boeing 777 — a mainstay for the Dubai-based Emirates carrier — would be particularly affected by the new high-speed wireless services, the AP reported. The Federal Aviation Administration on Wednesday added the Boeing 777 to its list of planes approved to fly into airports with 5G signals.

Among the international airlines to specifically announce changes or cancellations were Emirates, Air India, All Nippon Airways, Japan Airlines, Lufthansa and British Airways, according to CNN.

Today we’ll be taking a look at the climate provisions proposed for New York State in Gov. Kathy Hochul’s budget. Then we’ll speak with an expert about the Biden administration’s wildfire prevention plan. 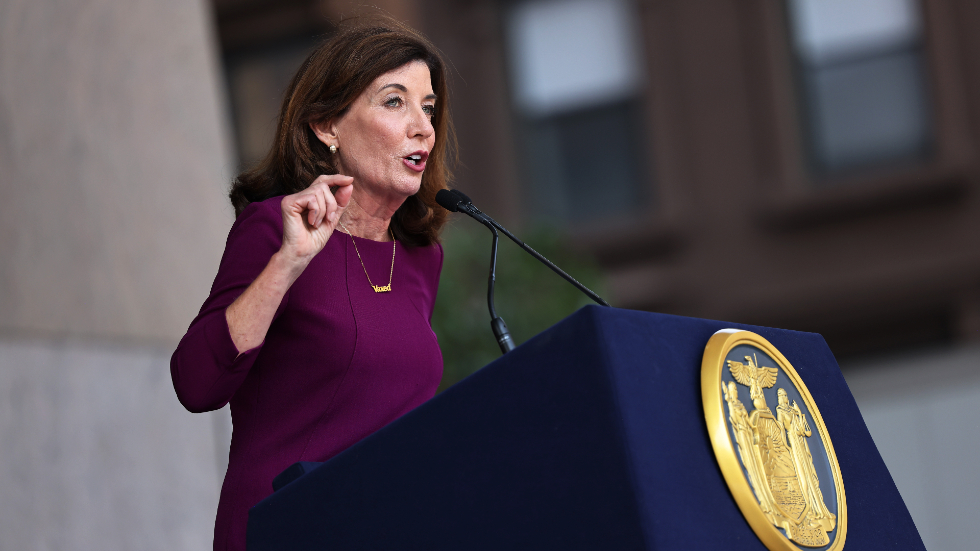 New York Gov. Kathy Hochul (D) is seeking to boost investment in clean energy and other environmental initiatives as part of her proposed $216 billion budget released this week.

There was money for a wide variety of efforts to combat the climate crisis, including land conservation, municipal fleet electrification and the scale-up of offshore wind projects.

In addition to investing in pollution mitigation projects and lower carbon emissions, the Bond Act would also help fund the Clean Green Schools initiative. That project would bring clean energy and improved indoor air quality to every public school situated in a disadvantaged community, according to the governor’s office.

Other environmental initiatives include $500 million to support clean water infrastructure and $400 of funding for the state’s Environmental Protection Fund.

Eye on electrification: Hochul’s proposal also allocates $17 million in funding for a phased electrification of the state vehicle fleet by 2035, while requiring the purchase of only zero-emissions school buses by 2027.

As part of a broader, $25-billion allocation for housing, the budget contains a provision to electrify 50,000 homes. New York State has plans to electrify a million homes in total and make another million electrification-ready.

“We’re going to confront that climate crisis with the urgency that is required,” Hochul said in a virtual press conference on Tuesday.

“That’s why my budget includes $4 billion for the landmark [Bond Act] and the largest ever investment in the environmental protection fund,” she added. “We must speed up our transition to clean energy.”

What else was in the budget? The sustainability provisions in Hochul’s budget appear alongside a variety of top-priority issues that also receive significant funding, such as rebuilding and strengthening the health care and teacher workforce and boosting available tax relief to individuals and businesses.

What do environmentalists say? Liz Moran, a New York policy advocate for the Earthjustice group, applauded the governor’s climate initiatives, with the caveat that these investments may yet be insufficient.

“The Governor’s proposed budget offers an important starting point on efforts to address the climate crisis and protect public health; however, the legislature should view this as the floor — not the ceiling,” Moran said in a statement.

What could benefit from more attention? In order for New York to meet its climate goals, Moran stressed that the budget should include at least $15 billion in climate funding.

She also suggested dedicating more funds toward electrification of affordable housing, trucks and buses, while “prioritizing the needs of disadvantaged communities.”

Last words: “It will be crucial for the legislature to improve and build upon what the governor has offered,” Moran said.

“Earthjustice looks forward to working with the Governor and the Legislature to ensure the final [Fiscal Year 2023] budget rises to the challenge New Yorkers face from the climate crisis and other environmental harms,” she added.

Join The Hill tomorrow (Thursday, Jan. 20) for a conversation with mayors from across the country at The Future of Cities Summit, taking place virtually at 1 p.m. ET. The panel will take a look at both challenges and increased opportunities to reshape our existing structures and build more sustainable cityscapes. RSVP by clicking here. 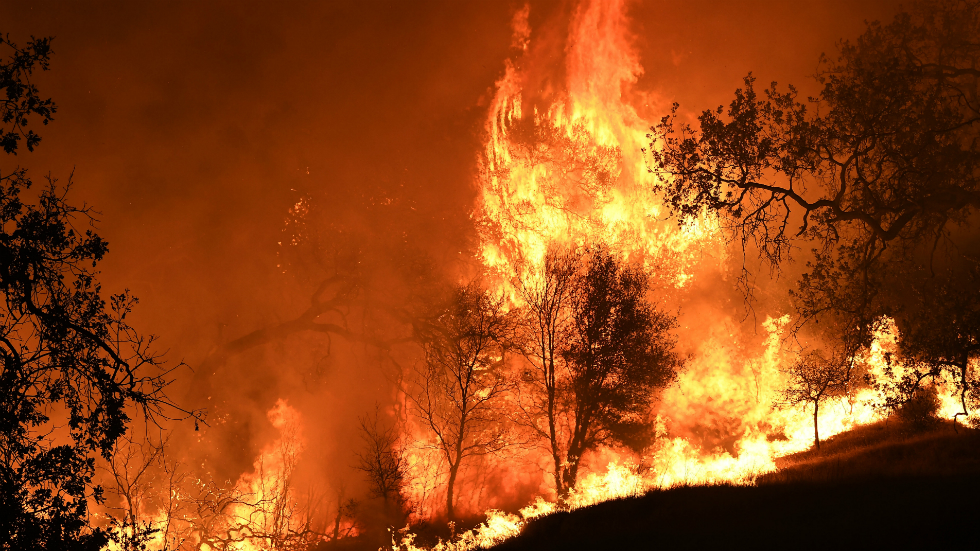 But by itself, the administration’s pledge may not be enough, Gartner said. Seeing us through the current age of wildfire will be difficult and risky — and requires a long-term commitment from all of society.

First words: “If you do surgery on a broken part of the body, there are some short-term tradeoffs. But if you don’t, the entire body is going to die,” Gartner said.

Behind the quote: While The Associated Press reported on Tuesday that the Biden administration was committing $50 billion to the wildfire prevention plan, a White House press release indicated that the proposal would start with an initial $3 billion from the bipartisan infrastructure law. The plan involves a massive project of logging and prescribed burns across the West, as our colleague Rachel Frazin reported in The Hill.

The project would target 20 million acres of national forest and grasslands, as well as 30 million acres of state, tribal and private land over the next 10 years. That’s a combined area about the size of Kansas or Nebraska, which will ultimately cost $50 billion, as the administration told the AP — though it is unclear where that money will come from.

Is it a logging grab? That’s what Adam Rissien of WildEarth Guardians argued on Tuesday.

“The U.S. Forest Service simply cannot log its way out of the climate crisis or effectively protect homes and communities from wildfires by dramatically increasing industrial logging of National Forest System lands,” Rissien said in a statement.

“Barking up the wrong tree”: Rather than massive fuel treatments along 250,000 acre blocks in the deep woods — and all the road building that would entail — the U.S. should be focusing on the defense of the 100 to 200 feet around homes, Wild Earth Guardians argued.

“For at least the past twenty years, the forest service has been literally barking up the wrong tree,” by favoring industrial logging, the statement concluded.

Much of that critique is fair, Gartner told Equilibrium. “There are decades of examples of the Forest Service and the timber industry harvesting in ways that we would no longer consider sustainable,” he said.

“Forest thinning and controlled burning are not a silver bullet,” Gartner said. “There will be short-term impacts on all sorts of resources we care about. But the alternative — doing nothing, letting catastrophic wildfires get worse and worse every year … I don’t see that as a viable option.”

Damage to water quality or wildlife, he said, were “a little impact now to reduce a lot of impact later.”

Is it enough? That’s the question Gartner is asking. “$50 billion is a big number, but it’s an anchor. We need three times that amount to deal with the scale of the challenge. So where is that additional $100 billion going to come from?”

Much of it should come from cities, states, private corporations and utilities — both power and water — who stand to gain from a healthier fire environment, he argued.

Utilities “are having their equipment and pipelines burning up, their reservoirs filling with ash and sediment,” Gartner continued. “So can they be part of the drive to match these federal dollars?”

What works: That’s why Gartner said he is excited that the USFS is focusing on that 30 million acres of non-federal land — half again as much as the federal lands being targeted. This suggested that they mean to be part of an “all-in” approach, Gartner said.

He also expressed enthusiasm about “the focus on long-term maintenance” of treated lands.

“Like any infrastructure project, there’s the upfront capital cost — but if you don’t clean your gutters, change your air filter, the house won’t function,” Gartner said. “It’s not sexy, but if you don’t come back in 7-10 years, you’re throwing all that work away.”

Last words: “Like pretty much every other issue in society that has gotten to a catastrophic level — there are immediate downsides to transition,” Gartner added. “But the alternative is annihilation.” 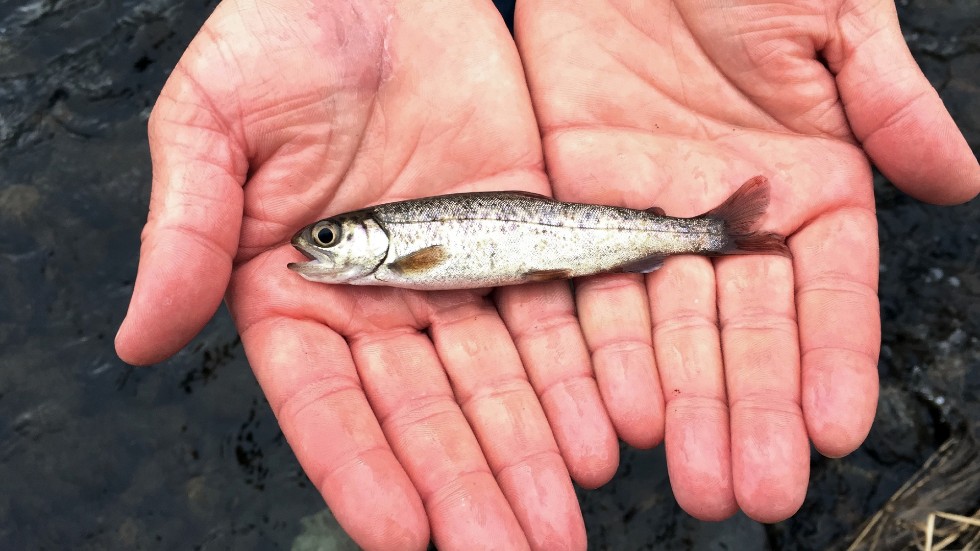