Scientists have reverse-engineered the nasal prowess of camels — who track down water on long desert treks with their uniquely sensitive nostrils — to design a more effective, more resilient moisture sensor, according to the American Chemical Society.

These impressive snouts contain narrow, curling passages that contain a wide surface area covered in mucus — which changes its ability to hold an electric charge depending on the moisture in the air.

By replicating this living structure using a porous polymer network festooned with moisture-attracting molecules called “zwitterions,” the Chinese team created a device that could sense moisture leaving a human body, find a water source or sniff out changes in water levels within industrial exhaust.

The artificial nose was so sensitive that it could “see” the path traced by a human finger, the report found, and the electrical inputs it generates could one day be wired to an artificial intelligence.

Today, we’ll look at another application of artificial intelligence: the importance of space-borne measurements to track emissions cuts, and where we’re falling short. Then we’ll hold our snouts for a minute to discuss the drought-fighting sewage plan that’s the hottest thing in toilets: on-site reuse. 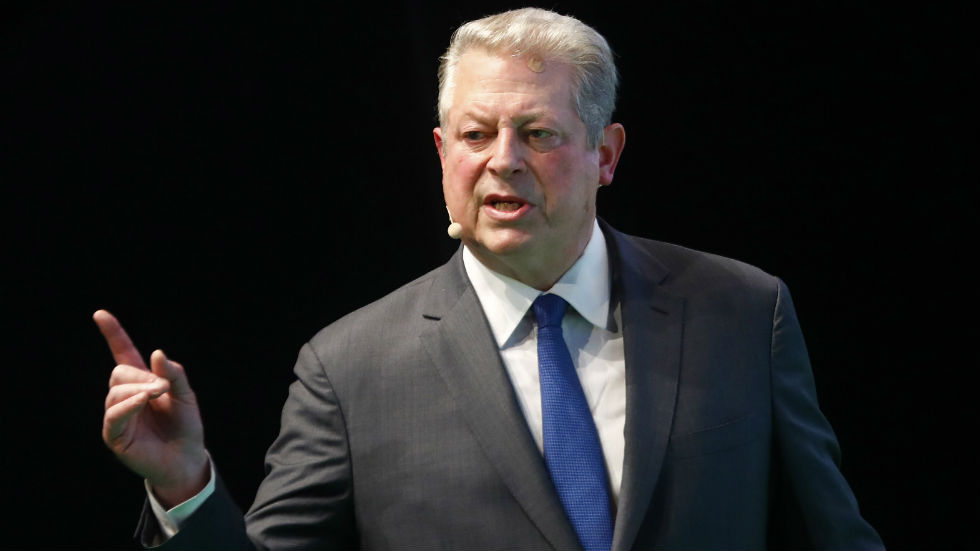 First words: “What’s so unique about the space resource is we can see and measure and identify things from space that are extremely difficult to measure at ground level,” Gore said on Tuesday.

Behind the quote: The former vice president, who backs an AI-powered platform called Climate TRACE, was participating in a panel focused on space as a “next frontier” at the World Economic Forum in Davos, Switzerland.

The project, a nonprofit international coalition, will unveil its first inventory later this year, which Gore said will include “at least the 500 largest emitters in every single sector of the economy.”

“You can only manage what you measure”: While some types of emissions, like methane, can be directly seen by some of the newer satellites in space, Gore explained that measuring carbon dioxide levels necessitates the use of artificial intelligence to achieve adequate precision.

“You’ve heard the old cliche, ‘you can only manage what you measure,’” Gore said. “We haven’t had until now the measurements necessary to really manage greenhouse gas pollution.”

Precision guides policy: That level of precision, according to Gore, will facilitate the accurate measurement of near-real-time greenhouse gas emissions from every company — enabling governments to optimize their national strategies for emissions reductions.

“We’re not the climate cops,” he said. “We’re kind of neighborhood watch, except our neighborhood is the entire world.”

“Without satellites, we wouldn’t know about climate change, at least to the extent as we as we know it today, because they feed the models, they feed the information we have,” Aschbacher said.

Astronauts agree: Artificial intelligence has also become a critical tool for those astronauts up in space, as European Space Agency astronaut Matthias Maurer confirmed to the panel live from the International Space Station.

When the space station flies farther away from Earth, he explained, he does not have his ground control team looking over his shoulders if he makes a small error. Instead, he relies on artificial intelligence, which he said has become “really important for exploration.”

As scientists, policymakers and astronauts seek to make use of space as a technological resource, Sarah Al-Amiri, minister of state for advanced technology for the United Arab Emirates, stressed the importance of continued cooperation among nations.

“The dialogue needs to continue with regards to the sustainability of access to space, ensuring that nations around the world have the necessary access to have their assets in space,” Al-Amiri said.

Involvement of the private sector: In addition to such cooperation among nations, partnership between the public and private sector is also critical, according to Aschbacher.

“We should not never forget that the two richest people in the world are investing massively in space,” Aschbacher said.

Nonetheless, Aschbacher cautioned that such advancements must occur alongside proper regulation, to ensure that the orbits of the increasing number of satellites remains “clean and sustainable.”

Space sector driving economy: Al-Amiri likewise spoke to the private sector’s involvement in space, noting that as the UAE continues to diversify its economy, the space industry remains a critical component of that mission.

Last words: The 2020 launch of the Emirates Mars Mission, she explained, created “a monumental shift in mindset, especially with regards to the appetite for risk.”

“And this is what, societally, having a space program does,” Al-Amiri added. “It increases your appetite for risk.”

The future of water treatment may be on-site 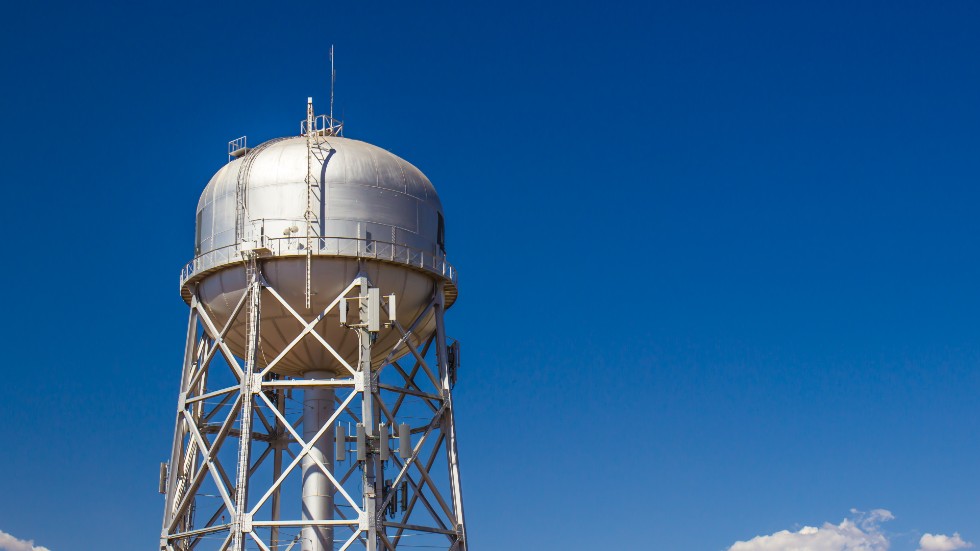 A wave of drought-conscious cities are pushing “on-site water reuse” — in-building water treatment facilities that save water by siphoning out solid waste and sending back treated “gray water” for cooling buildings, watering lawns and flushing toilets.

First words: “Wastewater is this kind of incredible resource: you have water, energy, nutrients, organics, all of these things that you can recover and repurpose,” Tartakovsky said.

“‘The next frontier of recycling’ is kind of how we see it,” he added.

Behind the quote: Epic Cleantec was founded in San Francisco out of the combined work of Tartakovsky’s father Igor — a Soviet-trained physicist — and a pair of Israeli inventors he saw pitching a high-efficiency toilet design.

Igor saw the potential for scaling the design up from a toilet to an entire building, and Epic Cleantec launched a prototype in 2014.

But over the past seven years, “what we’ve grown into is a company that is essentially trying to pioneer water recycling and buildings, you know — much in the same way that solar folks helped to pioneer that decentralization in the energy industry,” Tartakovsky said.

“We break down the solids from a wet, smelly waste into a dry, odorless, pathogen-free product that actually can be used with plants,” he added. To this waste-siphoning system they added wastewater recover, and are now adding heat exchangers to reclaim heat energy from wastewater as well.

HOW DOES IT ALL WORK?

“We intercept the pipes before they go to the sewer,” Tartakovsky said. “We use a simple three-way valve, we turn it on and it routes the wastewater into our system.”

From there, he continued, the technology captures and treats the dirty water — ultimately “turning it into incredibly high quality water that we can then recycle.”

That clean water then travels back up through a designated set of pipes heading back “into the building for things like toilet flushing, irrigation, cooling towers, or even laundry,” Tartakovsky added.

What about the, uh, solids? Epic Cleantec collects and processes the solids into what Tartakovsky described as an “unbelievably carbon rich soil product,” which the company can then “use and sell in or in and around cities.”

Tartakovsky acknowledged, however, that their wastewater business isn’t yet generating enough biosolids for commercial sale.

Poop partnership: The company also partners with existing utilities, which often have a problem of their own — municipal solids often end up in landfills, off-gassing methane and costing taxpayers money for disposal.

As it stands today, some 55 percent of America’s feces already ends up used as fertilizer, with 17 percent more burned, according to Live Science.

Embracing the ‘ick’: While people in the biosolids business talk about “the yuck factor” of re-using solids, Tartakovsky wants his company to embrace it.

“We planted this garden where we are growing fruits and vegetables and flowers out of repurposed toilet planters and kitchen sinks and showing people sort of what the whole notion of resource recovery really means,” Tartakovsky said.

Meanwhile, the team also delivered their presentation at the Global Climate Action Summit in front of a giant poop emoji.

Last words: “When it comes to discussing wastewater and toilets, no matter who you’re talking to, everyone eventually devolves into their inner middle schooler,” Tartakovsky said.

“We think it’s important to play with it, to have fun with it, because we want to raise the profile of these issues,” he added. 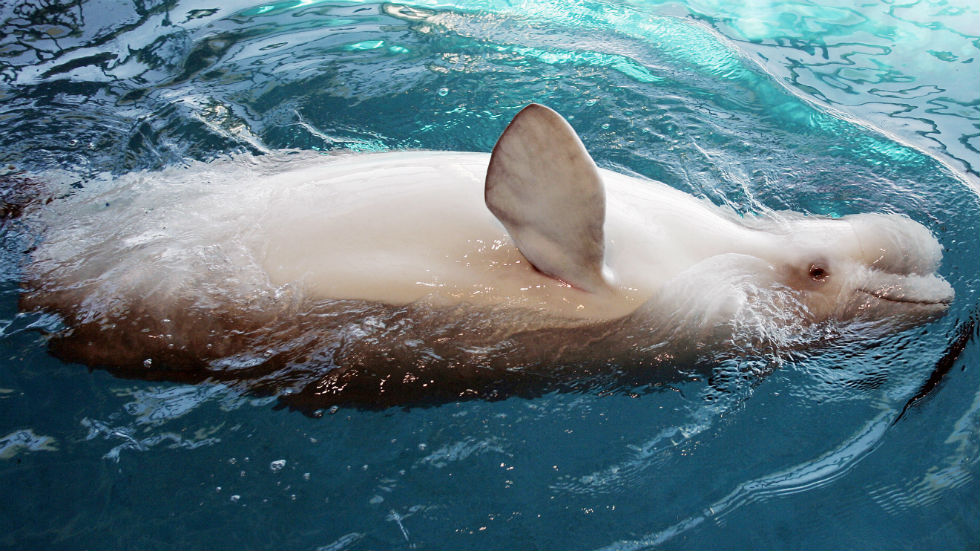