The presence of liquid water at Mars’ south pole was always a long shot, according to lead author Cyril Grima.

“For water to be sustained this close to the surface, you need both a very salty environment and a strong, locally generated heat source, but that doesn’t match what we know of this region,” Grima said.

But that wasn’t clear until Grima superimposed an imaginary ice sheet over a radar image of Mars’ barren volcanic plain — creating the same visual effect as the “water” on the south pole.

This week in a special edition of Equilibrium we’ll explore a joint project that dissects the legal obstacles Americans face when seeking compensation for exposure to toxic compounds known as “forever chemicals.”

We’ll also turn our focus to Michigan, where General Motors is investing billions in the company’s electric future. And then we’ll look at a pact among companies and NGOs that seeks to eliminate certain materials from the plastic supply loop. 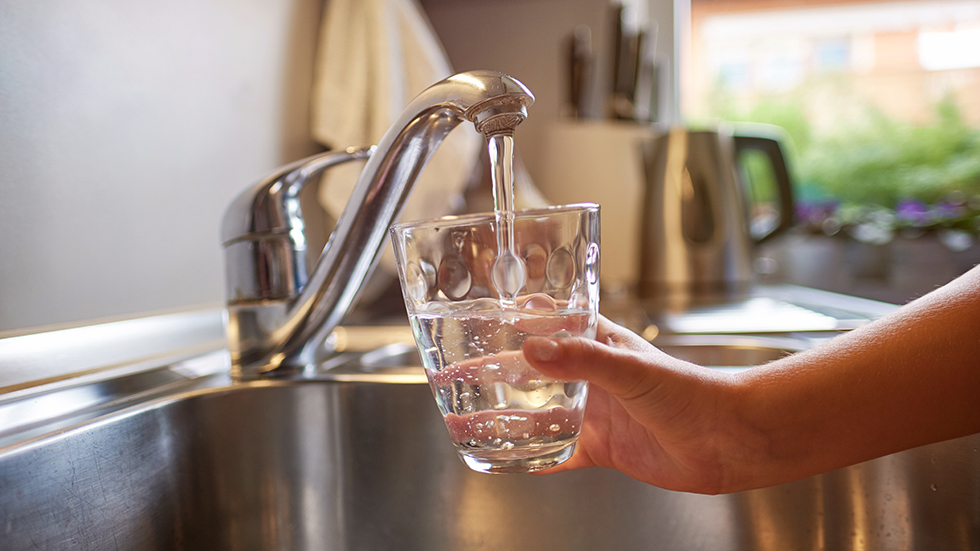 Brenda Hampton says the heart attack she endured last month might be a blessing in disguise — a second chance at challenging a complex legal system that barred her from seeking compensation for years of renal failure.

Hampton, 66, has for years been raising awareness about contamination from “forever chemicals” — per-and polyfluoroalkyl substances (PFAS) — that have for decades plagued portions of Alabama’s Lawrence county, where Hampton lives. Her grandparents both died of renal failure, as did her mother in 2001, just four years after Hampton gave her a kidney.

But despite suffering from renal failure herself since 2015, Hampton had long ago abandoned the idea of pursuing a lawsuit — with the understanding that it was simply too late.

The Hill has spent the last few months investigating the legal hurdles that are challenging individuals seeking compensation following exposure to “forever chemicals.”

Read The Hill’s Sustainability section and keep an eye on this newsletter this week as we unpack our entire investigation. You can read Part 1 of the series written by Sharon and our colleague Rachel Frazin.

GM to invest $7B in electric pickups, SUVs 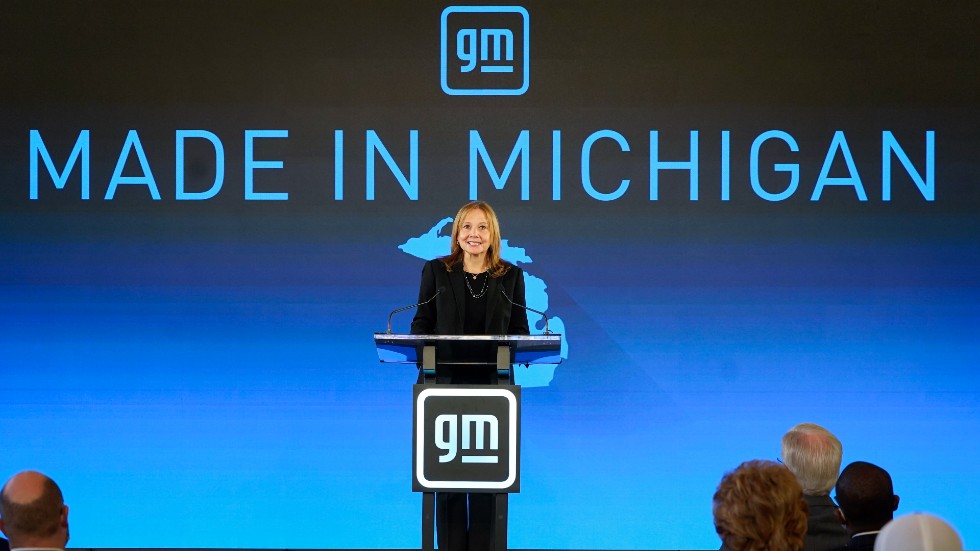 General Motors is making a $7 billion investment in four new Michigan electric vehicle manufacturing plants in an effort to “be the market leader” in electric vehicles by 2025, CEO Mary Barra announced on Tuesday.

First steps: GM will co-invest $2.6 billion with LG Energy to build a new facility near Lansing, Mich. to turn out GM’s Ultium battery and engine platform — the base for a diverse array of electric pickups and SUVs.

What else? It will also spend $4 billion to adapt an existing facility in Orion Township, near Lansing, to turn out electric Chevy Silverado and GMC Sierra pickup trucks, pushing GM’s total output to “about 600,000 trucks a year,” Barra said.

Biden weighs in: President Biden called the deal “the latest sign that my economic strategy is helping power an historic American manufacturing comeback,” pointing to $100 billion in investment in electric vehicle manufacturing over the past year.

Economic impacts: In total, GM expects to create 4,000 jobs — which will result in $35 billion in spillover economic opportunity over the next 20 years, Michigan Gov. Gretchen Whitmer (D) told reporters.

“Today’s investment is proof of what’s possible when we work together,” Whitmer said, emphasizing the bipartisan and public-private nature of the deal.

“We proved the doubters and the cynics wrong. We showed everyone that we can compete for transformational projects. We can win billions and investment and 1000s of jobs. ‘Putting the world on wheels’ was Act One — in the decades to come, we will electrify the world.”

A BIPARTISAN PUSH FOR ELECTRIC TRUCKS

“You may have heard that Governor Whitmer and I don’t always agree with each other,” Shirkey said. “But the economic wellbeing of our state isn’t a partisan matter. High quality jobs don’t have a party affiliation.”

Putting “billions” in perspective: It can be “hard to wrap our heads” around figures of this magnitude, Shirkey added.

“Do we have a future?” Union leaders from the United Auto Workers also touted the importance of the investment and revitalizing a region which has struggled to retain jobs.

“I always see my UAW brothers and sisters out and about, maybe at the park or a restaurant with their family,” said UAW Region 1 director James Harris, noting that they’d ask him “Do we have a future at this location? I don’t want to uproot my family.”

Last words: Now, he said, after years of urging patience, “I can say yes, you do have a future and a career. In this location. Yes, we do have a new product coming. And no, you don’t have to uproot your family and relocate.”

“You can stay right here in Orion [Township] if that’s what you choose to live and work, and you can stay in this community,” Harris added. 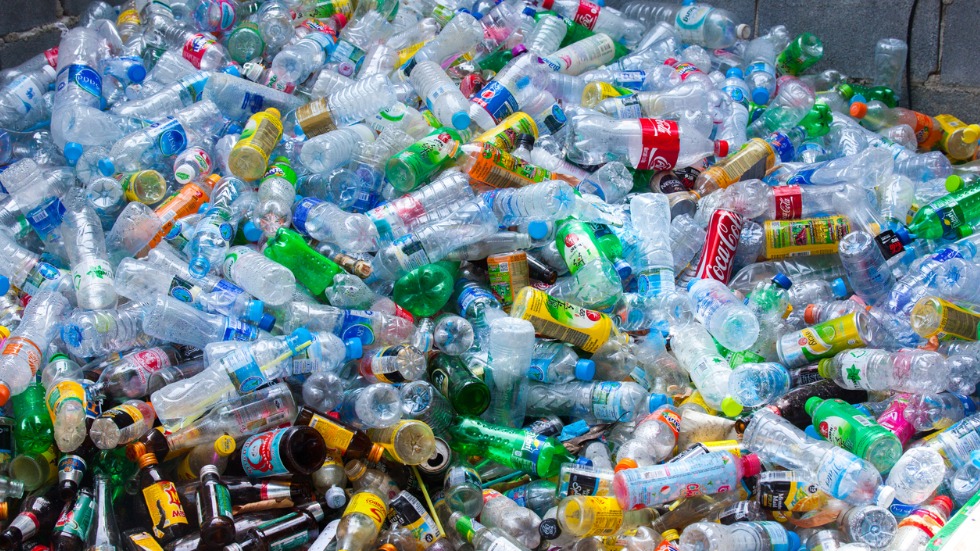 More than 100 companies, organizations and government entities joined forces to unveil a “Problematic and Unnecessary Materials List” on Tuesday — in an effort to accelerate the transition toward a “circular economy” for plastic packaging in the U.S.

The companies and groups, all members of the U.S. Plastic Pact, identified 11 plastic packaging items that they consider not reusable, recyclable or compostable at scale, and that they expect to be eliminated by 2025, a news release from the partners said.

The publication of the list fulfills a pledge made by Pact members to “define a list of packaging that is problematic or unnecessary,” a goal of their Roadmap to 2025, according to the organization.

First words: “The elimination of these problematic and unnecessary materials will enable advancements in circular package design, increase opportunities for recovery, and enhance the quality of recycled content available for manufacturers,” Emily Tipaldo, executive director of U.S. Plastic Pact, said in a statement.

What, exactly, is the U.S. Plastic Pact? It’s a group established in August 2020 as part of the Ellen MacArthur Foundation’s worldwide Plastics Pact Network.

The group intends to make 100 percent of plastic packaging reusable, recyclable or compostable by 2025, by which time all such packaging will contain 30-percent recycled or bio-based content, according to the Pact.

And what’s a “circular economy?” A circular economy — a core goal of the Pact’s Roadmap — is one in which manufacturing focuses on extending the lifecycle of products and works toward creating a closed loop system.

A variety of big brands backed the announcement: Among the many companies to support the Pact are Coca-Cola, Aldi, Amcor, L’Oreal USA, General Mills, Colgate, Conagra, Nestle, Kimberly-Clark and Danone North America.

The retailers, consumer packaged goods companies and converters that are members of the U.S. Plastic Pact collectively generate about 33 percent of plastic packaging “in scope” — meaning, all ancillary, not necessary plastic packaging — by weight in the U.S., the news release said.

The list identified 11 plastic packaging items that they consider not reusable, recyclable or compostable at scale, and that they expect to be eliminated by 2025:

A packet of plastic cutlery provided with a prepared salad would be defined as problematic — due to its ancillary, unrequested nature — while cutlery, straws or stirrers sold as a separate entity would not be defined as such, the news release said.

What gained these materials spots on the list? In addition to not being reusable, recyclable or compostable, the materials also needed meet one of four other criteria: they pose a hazard to human health, they could be avoided, they disrupt the recyclability of other items or they have a high likelihood of being littered, according to the Pact.

“Recycling will only work if we stop pumping contaminants and unrecyclable materials into the system,” Anja Malawi Brandon, U.S. Plastics Policy Analyst at the environmental nonprofit Ocean Conservancy, said in a statement.

Last words: “Our research shows that a majority of the trash found on beaches and waterways around the world every year during Ocean Conservancy’s International Coastal Cleanup is effectively unrecyclable,” Malawai Brandon added. “Phasing out these 11 materials will go a long way in cleaning up the recycling stream and our coastlines.” 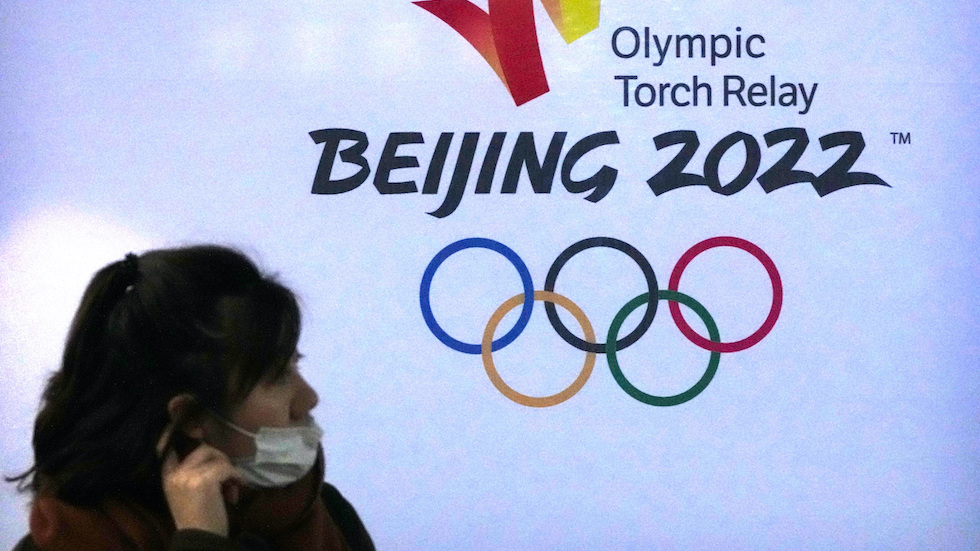 Beijing is covered in pre-Olympic smog, freighter cruises are stalled by COVID-19 and when in Rome, don’t dump as the Romans do.

Smog covers Beijing ahead of Olympics