Scientists have managed to regrow a frog’s lost leg — providing a sliver of hope for millions of human patients who have suffered amputations due to disease or injury.

The Tufts and Harvard University researchers were able to trigger the lost leg’s regrowth by applying a cocktail of drugs to the frog’s stump in a “silicone wearable bioreactor dome” for 24 hours, a news release from the universities said. That treatment then triggered an 18-month period of regrowth that ultimately restored a functional leg, according to their study, published in Science Advances.

“The fact that it required only a brief exposure to the drugs to set in motion a months-long regeneration process suggests that frogs and perhaps other animals may have dormant regenerative capabilities that can be triggered into action,” Nirosha Murugan, lead author and research affiliate at the Allen Discovery Center at Tufts, said in a statement.

Michael Levin, a professor of biology at Tufts and corresponding author, said that the team will “be testing how this treatment could apply to mammals next.”

Today we’ll look at another element of the battle over so-called forever chemicals — state resistance — and the challenges facing Americans who have been exposed to toxins.

We’ll also dissect new findings on an array of household products labeled as stain- or water-resistant and look at a danger highlighted by California’s winter wildfires. 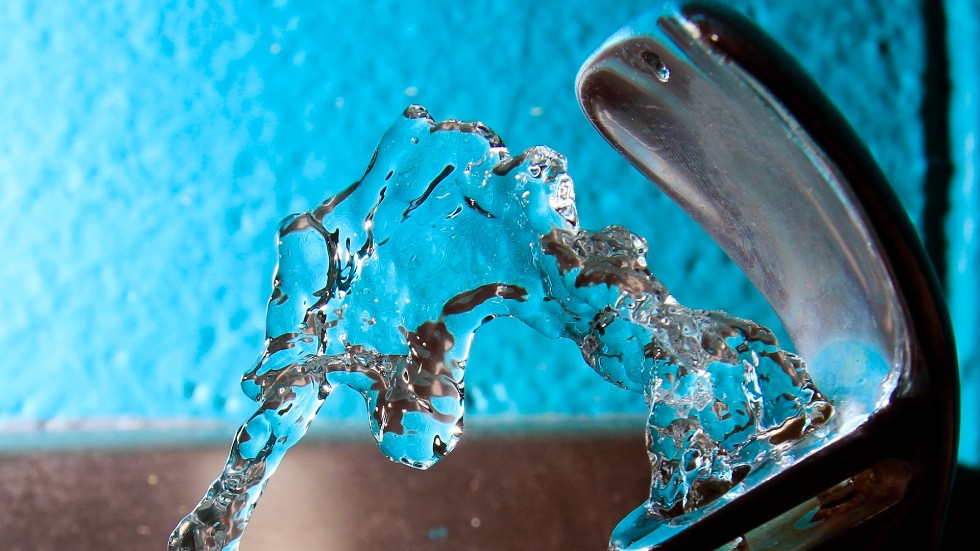 This is from Part 2 of a four-part series this week. Check TheHill.com for more throughout the week.
——

State-level efforts to make it easier for victims of “forever chemical” exposure to get compensation have met resistance from both government and industry — and this resistance has been particularly effective in Republican-led states.

In Vermont, an official in the governor’s office coordinated with a lobbyist in “watering down” a bill that aimed to make polluters pay for health screenings, emails obtained by The Hill show.

While this legislation would have applied to multiple varieties of contamination, it was being discussed in reference to toxic forever chemicals also known as per- and polyfluoroalkyl substances (PFAS) — a class of thousands of compounds that have been linked to health issues including kidney cancer and thyroid disease.

And while some states are preventing such legislative change from occurring, other states have made significant efforts to help people get compensated for exposure to these chemicals.

To learn about some of the differences occurring at the state-level, and to meet some of the local citizens at the core of this issue, please click here.

Catch up on Part 1 here of the investigative series written by Sharon and our college Rachel Frazin. 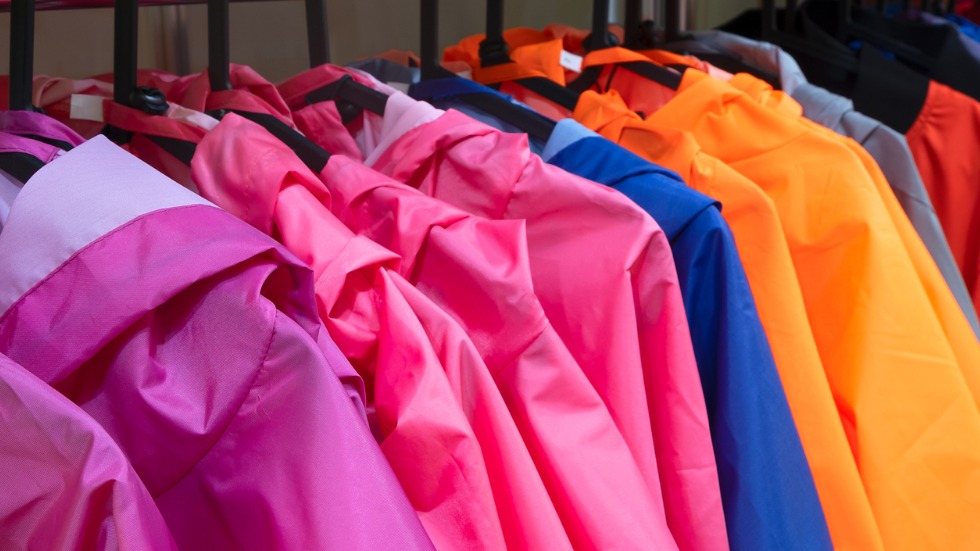 A wide range of products — from hiking pants to mattress pads — labeled as stain- or water-resistant tend to contain toxic substances known as “forever chemicals,” a new report has found.

The report, which analyzed a total of 60 products from 10 major retailers, identified per- and polyfluoroalkyl substances (PFAS) in 72 percent of the 47 items marked as stain- or water-resistant.

Meanwhile, the researchers found that all products that were not marketed as stain- or water-resistant were PFAS-free, a news release accompanying the study said.

First words: “Our testing finds continued, unnecessary use of the toxic chemicals known as PFAS in outdoor clothing and home furnishings like bedding and tablecloths,” Erika Schreder, study author and science director of the Toxic-Free Future environmental advocacy group, said in a statement.

A PFAS refresher: PFAS are most known for their presence in firefighting foam, but they are also ubiquitous in a variety of household products, such as nonstick pans, cosmetics and waterproof apparel and boots.

Notorious for their propensity to linger both in the body and in the environment, these so-called “forever chemicals” are linked to a variety of illnesses like kidney and thyroid disease.

Among the retailers included were Amazon, Bed Bath & Beyond, Costco, Dick’s Sporting Goods, Kohl’s, Macy’s, REI, Target, TJX and Walmart, according to the report.

What did the researchers test for? Working with independent scientific laboratories, they said they evaluated both fluorine content — which provides information about total PFAS concentration — while also conducting compound-specific testing for certain types of PFAS through mass spectrometry.

Where were the items produced? All of the labeled items that were included in the study were manufactured in Asia, while the home furnishings were primarily made in China, India and Pakistan, according to the report.

The outdoor apparel mostly originated in Vietnam, Bangladesh, China, the Philippines and Indonesia.

The tests revealed older types of PFAS that have already been banned in the European Union and that have been phased out by major U.S. manufacturers, as well as newer types of PFAS, were present in the samples, according to the report.

While the Toxic-Free Future study explored PFAS content in products from a variety of retailers, the group referred to an ongoing a national campaign that is challenging REI “to lead the outdoor apparel industry in a bold phase-out of PFAS from products.”

Representatives from several groups called upon the company to pave the way for increased supply-chain accountability and “an aggressive transition away from PFAS” in a letter earlier this fall and a second from even more parties in December.

Convenience, with a tradeoff: “These companies sold a convenience product to consumers without fully disclosing the toxic trade-off,” Emily Donovan, co-founder of Clean Cape Fear, said in a statement.

“No one’s drinking water should be contaminated for a rain jacket,” added Donovan, whose region of North Carolina has experienced severe PFAS contamination in drinking water.

What does REI have to say? Equilibrium has reached out to REI for comment regarding both these demands and Wednesday’s Toxic-Free Future report, but did not receive a response by press time.

A November post from REI’s website indicated, however, that as of 2019, the company had eliminated “durable water repellents” that contain what’s known as “long-chain PFAS” — those with six or more carbons, with much longer half-lives than those of “short-chain PFAS.”

A “stepping stone”: The REI post described the use of short-chain PFAS alternatives as “a positive stepping stone” as the company explores “non-fluorinated alternatives” capable of providing “the best balance of permanence and environmental stewardship.” 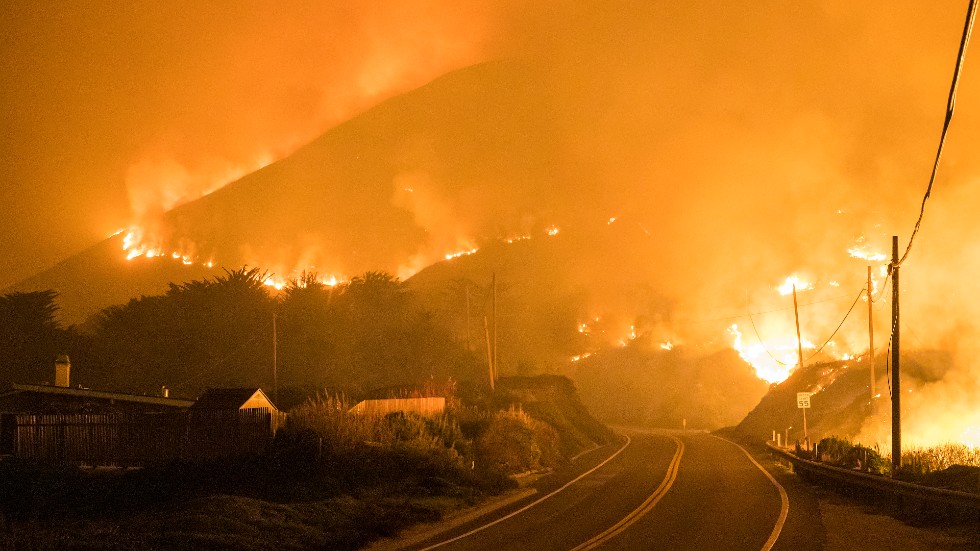 Firefighters are still struggling to contain a surprise winter wildfire along the steep cliffs of Big Sur, Calif., where an unseasonal blaze is underscoring the danger posed by the combination of an unchecked real estate boom and a now year-round fire season.

First words: “Just like with low-lying areas being rebuilt after hurricanes and typhoons, we should ask: does this make sense? Should we promote the development of communities in high risk areas?” Todd Gartner, who runs the Cities4Forests program at the World Resources Institute, told Equilibrium.

“And that’s an unpopular question — a lot of folks have lived in these communities for generations. But in the end, all of us are paying to protect these areas,” Gartner added.

Behind the quote: Wednesday morning found firefighters tightening their control of Big Sur’s Colorado fire, which escaped from a residential burn pile — used to dispose of brush — to burn about 700 acres, The Associated Press reported.

A ‘continuous season:’ Though the AP reports that the fire is now about 55 percent contained, the fact that a major wildfire broke out at all in California’s traditionally wet winter underscores that California now has “a continuous fire season,” fire and weather scientist Craig Clements of San Jose State told the San Francisco Chronicle.

“I was totally surprised by the fire,” Clements told the Chronicle. “But after looking at some of the data, I was like ‘Yeah, it makes sense.’”

A coast ready to burn: Heavy rains in December weren’t enough to cancel out two years of drought, which have left California’s coastline full of overgrown, dead-dry brush just waiting for a spark — a situation not improved by January’s dry weather, according to the Chronicle. The Big Sur region has seen only about a tenth of an inch of rainfall thus far this month, the Chronicle reported.

“We have a lot of vegetation on the landscape that no longer matches the climate system,” University of California Merced climate scientist LeRoy Westerling told the Chronicle.

This discrepancy suggests that if the drought doesn’t go, the brush ultimately will, in a wall of fire.

THAT MEANS HARD QUESTIONS FOR DEVELOPERS

The Big Sur wildfire has coincided with a new phase in the battle over the future of the California’s land development policy — which over the past two laissez-faire decades has fueled a huge expansion in new exurbs in remote fire-prone areas.

As the coast burns, developers and environmentalists are facing off over the question of future expansion into the beautiful but difficult terrain that surrounds the state’s large cities.

Why? There, the combination of dried out, overgrown forests and small county roads combine to form potentially deadly choke points — a combination which led to seven deaths in the 2018 Camp Fire that leveled Paradise, Calif., as The New York Times reported.

One luxury development stokes fears: In Middletown, Calif., a sparsely populated town up narrow, windy roads on the inland slopes of the coastal mountains, that has some locals worried about a planned 16,000 acre resort complex, the Times reported.

With 4,000 more people in their small community, a wildfire means “there’d just be no way we could get out — we probably couldn’t even get on the road,” resident Pat Donley told the Times. “We’d be trapped.”

That’s gaining momentum in court: Earlier this month, a county judge threw out the resort’s environmental impact report after a lawsuit by the Center for Biological Diversity.

“If this luxury resort were already built, residents would be frantically evacuating right now,” Center staff attorney Peter Broderick said in a statement during the lightning wildfire of August 2020.

The judge concurred: “A significant number of wildfire deaths in California occur during attempts to evacuate,” Judge J. David Markham wrote, adding that new residents are forced to “compete with residents in the surrounding area for safe evacuation routes.”

Last words: “Local governments and developers have a responsibility to take a hard look at projects that exacerbate wildfire risk and endanger our communities,” California Attorney General Rob Bonta said in a statement earlier this month.

Residents “can rest easier knowing that this project will only move forward if the developer takes proactive steps to ensure their safe evacuation if and when a wildfire occurs,” he added. 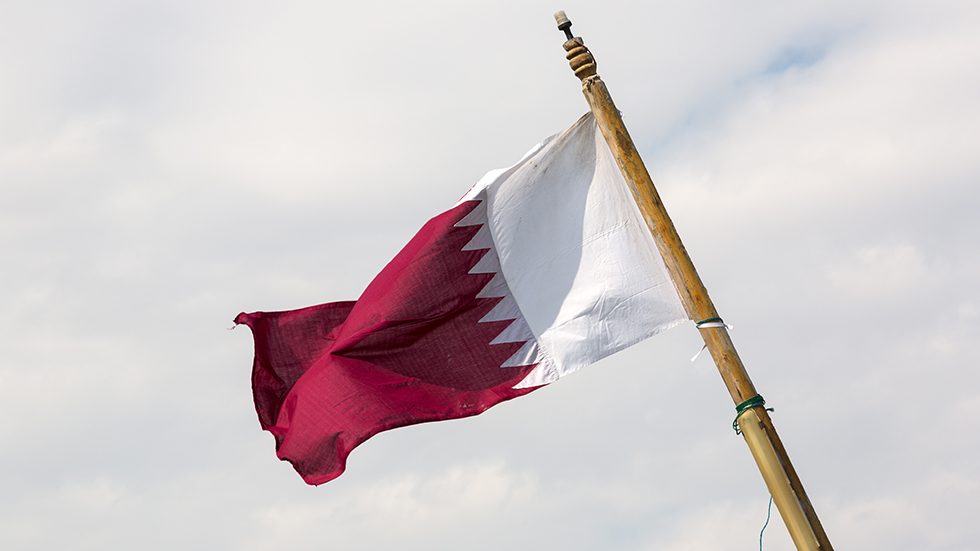 New fuel for Europe, Asia’s floating solar farms and investors can’t agree on whether nuclear and gas power is “green.”

Qatar may reroute some gas to Europe via US mediation: Reuters

Asia is home to a new boom in floating solar

Investors square off on ‘green’ power