Elderly people who live near or downwind from hydraulic fracking sites are at higher risk of early death compared to their contemporaries who do not reside near such operations, a new study from the Harvard T.H. Chan School of Public Health has found.

Airborne contaminants emitted by unconventional oil and gas development (UOGD) — extraction methods like fracking or non-vertical drilling  — are transported downwind and contribute to increased mortality, according to the study, published in Nature Energy.

“Although UOGD is a major industrial activity in the U.S., very little is known about its public health impacts. Our study is the first to link mortality to UOGD-related air pollutant exposures,” Petros Koutrakis, professor of environmental sciences and senior author of the study, said in a statement.

Today we’ll explore a Los Angeles push to ban oil and gas drilling in the city’s neighborhoods and a military angle to so-called forever chemicals. We’ll round out Equilibrium today with a note on what climate change means for corn, coffee and avocados. 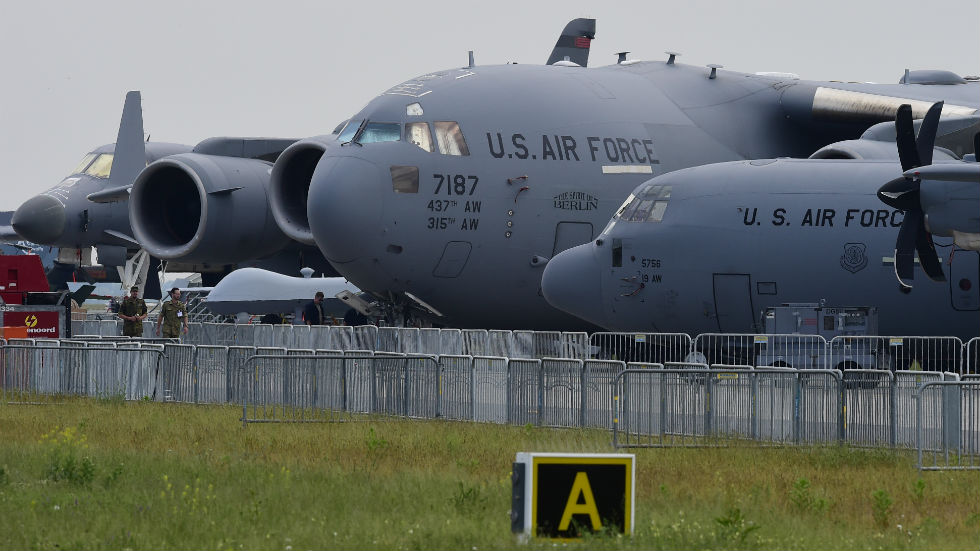 Military installations are a major source of community contamination from a class of toxic chemicals called PFAS, but trying to hold the Defense Department accountable can be formidable due to a labyrinth of legal limitations.

Mark Favors, an activist and nurse originally from Colorado Springs, has seen many family members, including his grandmother, die from cancer — which he believes resulted from the discharge of PFAS, per-and polyfluoroalkyl substances, from the nearby Peterson Air Force Base.

These so-called “forever chemicals,” dubbed such due to their propensity to linger in the environment, are present in a variety of household products but are most well-known for their presence in aqueous film forming foam (AFFF), used to fight jet-fuel fires on military bases and civilian airports. PFAS are linked to kidney cancer, thyroid disease and other illnesses.

Favors said that the legal hurdles associated with challenging the military in court, as well as the minimal changes that doing so could effect, have deterred him from trying to sue the Department of Defense (DOD).

Click here to read Part 3 in a four-part investigative series written by Sharon and our colleague Rachel Frazin.

The series explores the legal hurdles that are challenging individuals who seek compensation from injuries following exposure to “forever chemicals.” Read Part 1 and Part 2, and stay tuned for the last installment Friday. 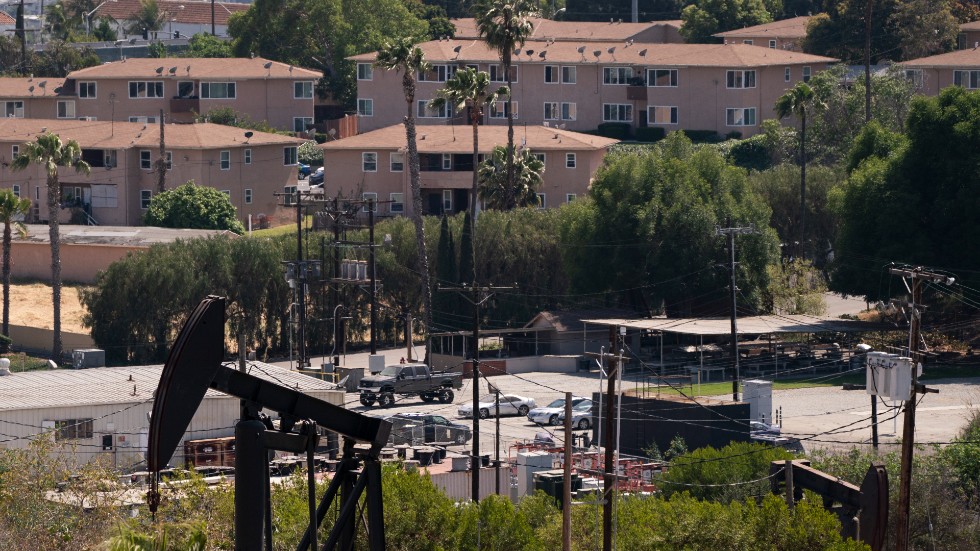 The Los Angeles City Council voted unanimously on Wednesday to back a ban on new oil and gas extraction in the city, the Los Angeles Times reported.

Council members also ordered a study that will help officials determine how to phase out existing wells over the next two decades, according to the Times.

First words: “No community should be a sacrifice zone,” Martha Dina Arguello, executive director of Physicians for Social Responsibility-L.A. and co-chair of a coalition fighting to shut down wells, told the Times.

Behind the quote: Environmental justice activists in Los Angeles have long been fighting for a phaseout of oil and gas extraction in residential neighborhoods, according to the Times. Such a shutdown would particularly benefit the low-income communities of color who live near wells.

Oil wells — as discussed by the Harvard study mentioned above — are known to emit cancer-linked compounds like benzene and formaldehyde, residing near extraction sites have been associated with respiratory issues and preterm births, the Times reported.

How many wells and drilling sites still operate in LA? While the output of the drilling sites no longer matches that of LA oil’s heyday, the city of Los Angeles has 26 oil and gas fields and about 5,274 oil and gas wells, City News Service reported, citing the Department of City Planning.

Seventeen drill sites are either active, idle or performing drilling operations — while oil and gas facilitates exist “in nearly every section of the 503 square miles of the city,” a Department of City Planning letter said, cited by City News Service.

“This is a momentous step forward for Los Angeles, and a clear message we are sending to Big Oil,” Councilman Mitch O’Farrell, chair of the City Council’s Energy, Climate Change, Environmental Justice and River committee, told City News Service.

Why are tanks and rigs in residential neighborhoods? Petroleum was once one of the principal industries in Southern California — helping fuel the city’s growth in the early 20th century and employing veterans following World War II, according to the Times.

LA City Council President Nury Martinez described the location of the wells and drilling sites as “yet another example of how front line communities disproportionately bear the impacts of pollution and climate change,” The Guardian reported.

“Health and wellbeing” for all: “From Wilmington to the San Fernando Valley, gas, drilling and oilwells have disproportionately affected the health of our working-class neighborhoods,” Martinez told The Guardian, calling the move one of the strongest policies nationwide.

What do drilling companies have to say? “Shutting down domestic energy production not only puts Californians out of work and reduces taxes that pay for vital services, but it makes us more dependent on imported foreign oil from Saudi Arabia and Iraq that is tankered into L.A.’s crowded port,” Rock Zierman, chief executive of the California Independent Petroleum Association, said in a statement, as cited by the Times.

Zierman added that “taking someone’s property without compensation” is a violation of the U.S. Constitution’s Fifth amendment against illegal search and seizure, according to the Times.

Ashley Hernandez, an organizer with Communities for a Better Environment who grew up in a neighborhood packed with oil wells, said at a press conference that she now has “a little bit more hope for our communities,” the AP reported.

Last words: “Our futures will hopefully not be full of emergency room visits, bloody noses or burdensome health impacts, but a cleaner future where black and brown families are the ones protected and valued,” Hernandez said. 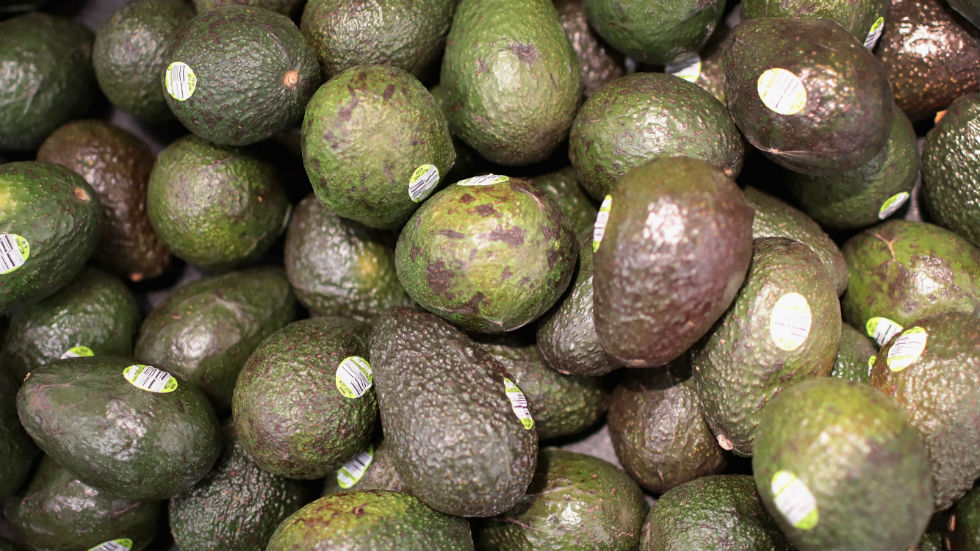 Climate change is shifting the patterns of which foods can be cultivated in which regions —  according to a series of recent studies.

For the United States, that’s driving up the price of growing cereal grains but potentially making it possible to grow tropical crops like coffee and avocados in traditionally temperate climates.

First steps: Rising global temperatures have driven farmers’ insurance payouts up dramatically since 1995 on crops like corn, wheat and soy, according to a study by Environmental Working Group (EWG).

Taxpayers paid $103.5 billion in subsidies for crop insurance premiums between 1995 and 2020, according to EWG. That money doesn’t currently come with any climate strings attached, and the U.S. Department of Agriculture (USDA) often pays farmers “for the same type of losses, year after year,” the EWG report found.

These destructive weather extremes are only expected to grow — and crop ranges will change alongside them, according a NASA study published last November in the journal Nature.

What kind of changes? Changes in temperature, ground-level carbon dioxide and rainfall patterns could drop corn yields by up to 24 percent — but raise wheat yields by 17 percent, with smaller declines in soy beans and rice, the study found.

These impacts to major cereal-growing regions will come alongside steep declines in many regions for harvests of cashews, arabica coffee and avocados — all key cash crops for small farmers in tropical countries, according to a University of Zurich study released Wednesday in the public research journal PLOS ONE.

The researchers also found “declines in suitability” for growing coffee in “all major producing regions,” including Southeast Asia and the northern half of South America.

Additionally, the researchers predicted more limited declines in key cashew-producing regions like India and West Africa, and avocado-growing regions like the Caribbean, Andes and Southeast Asia.

There’s a silver lining — for some. For more temperate countries — like the United State, China and East African nations like Kenya or Tanzania — the Swiss researchers identified a bright spot: expanding zones of “future suitability,” particularly for avocados and cashews, at higher elevations or locations further from the equator.

Takeaway: The result is, for current producers of those crops, a grim paradox. “For both cashew and avocado, areas suitable for cultivation are expected to expand globally while in most main producing countries, the areas of highest suitability may decrease,” the researchers found. 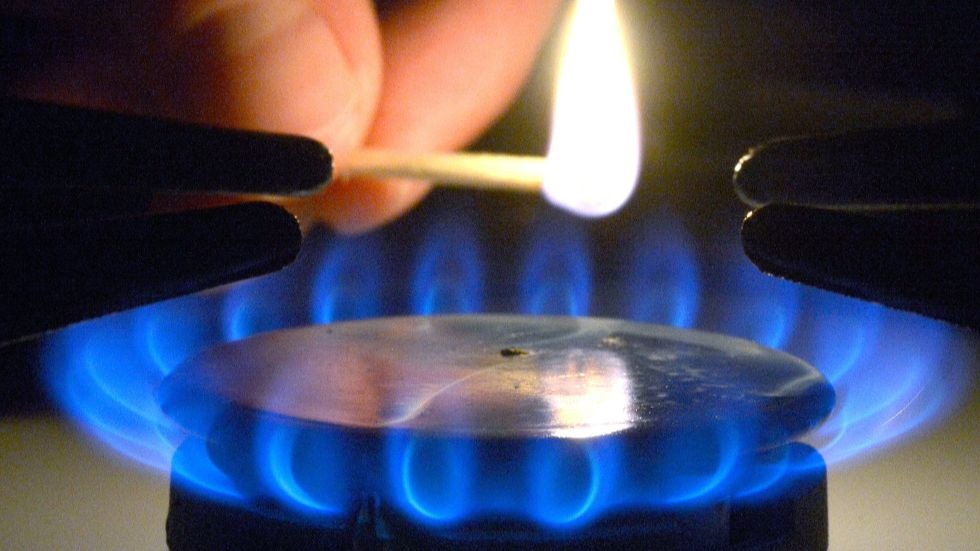 Gas stoves may leak when off, BPA may be more harmful than previously thought and a crowded supply chain is forcing trucks inland.

Gas stove may leak even when off: study

Equilibrium/Sustainability — A self-charging smart-watch — for cows